The Phoenix Suns run on the court during their training camp at the Rolle Activity Center Oct. 1. 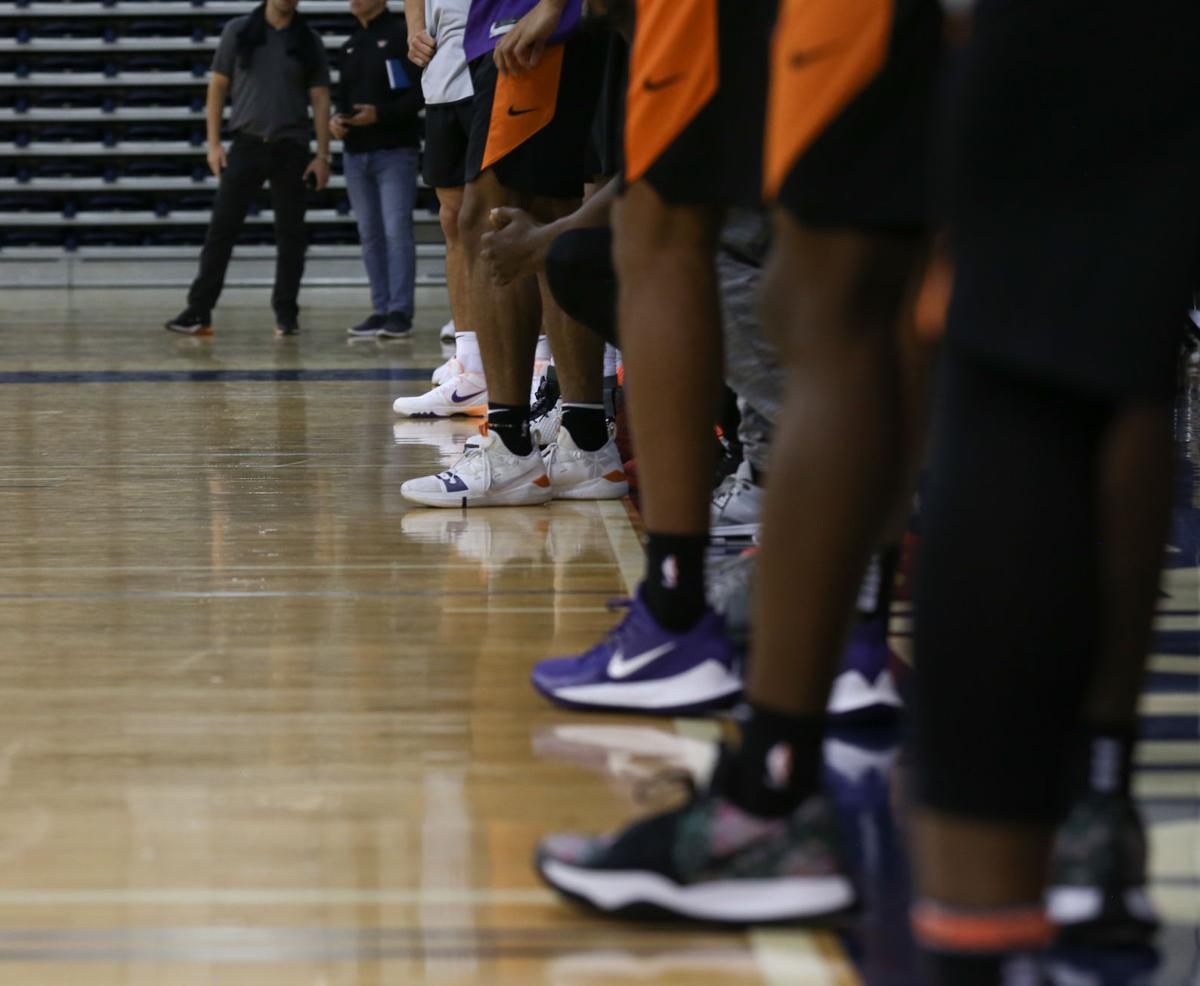 Awaiting the free-throw shots, the Phoenix Suns stand in a line at the edge of the court at the Rolle Activity Center Oct. 1.

New faces and new places for the Phoenix Suns this offseason as they welcomed another new head coach and additions to the roster. The team traveled to Flagstaff for their annual training camp Oct. 1, which will conclude Oct. 4.

The biggest reason these professionals transition from their facility in Phoenix to the Rolle Activity Center in Flagstaff is to train at a high elevation. New head coach Montgomery “Monty” Williams said he is not the one putting in the work, but was sure that the men were impacted by the extra 6,000 foot elevation.

“What elevation is this?” center DeAndre Ayton asked. “7,000? I need more like 15 [thousand feet]. That was pretty light. I ain't got that little chest burn.”

The opening day was learning and fun, as Ayton and point guard Ricky Rubio put it. Ayton trained all summer and knew that this camp was a time to bond with teammates and familiarize them with the new staff changes.

Ayton spent time with the coaching staff in the valley during the offseason. He said he has never worked so hard on the court in his life.

“They care,” Ayton said. “It’s more than basketball. That’s the feeling I’m getting. [Monty] wants you to be great, genuinely and passionately.”

Williams’ reign was commemorated on NAU’s court. He joined the squad from the Philadelphia 76ers as their lead assistant coach.

The head coach position was vacant after Igor Kokoškov was fired in April. He lead the Suns to a tie for second worst placing record in the 2018-19 NBA season.

Williams recognizes the immense amount of change this organization has undergone and is coming into the season with a different approach. A strong atmosphere for the team to grow together is what Williams and his staff are attempting to implement for the team.

“If you go to San Antonio their culture is based on selfless character… For us it’s about showing up on time, competing at a high level, defending the ball and having a level of gratitude,” Williams said. “I think if you fit inside that value system you give yourself a chance to be pretty good.”

The leadership skills are what stood out to the new head coach. Rubio was described by Williams as a natural leader, which was quickly supported by Ayton.

The team will continue their bonding and pick up where they left off Oct. 2 for the second day of their high altitude training camp.