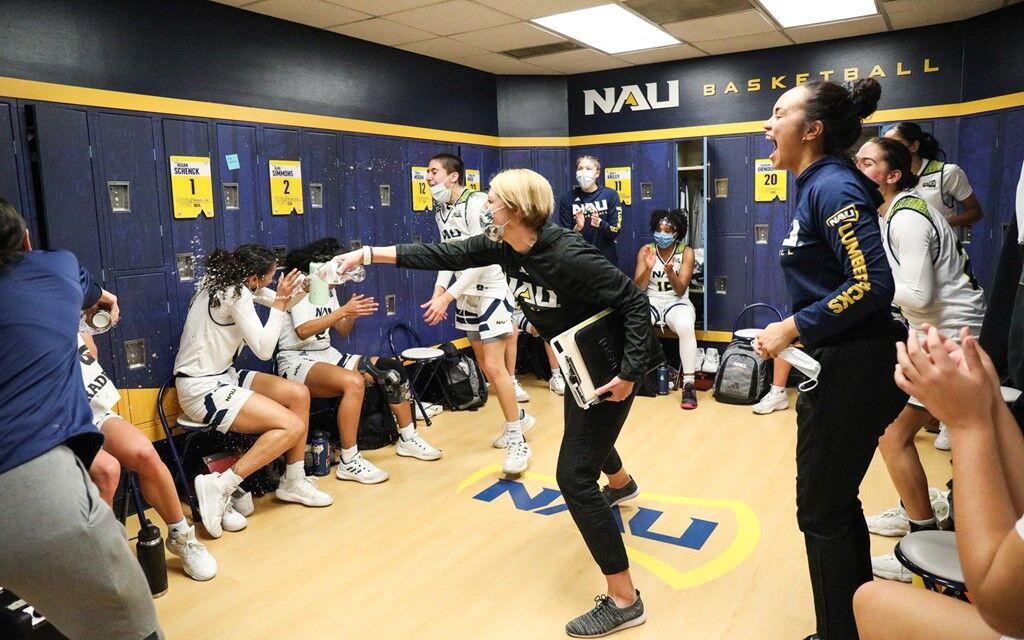 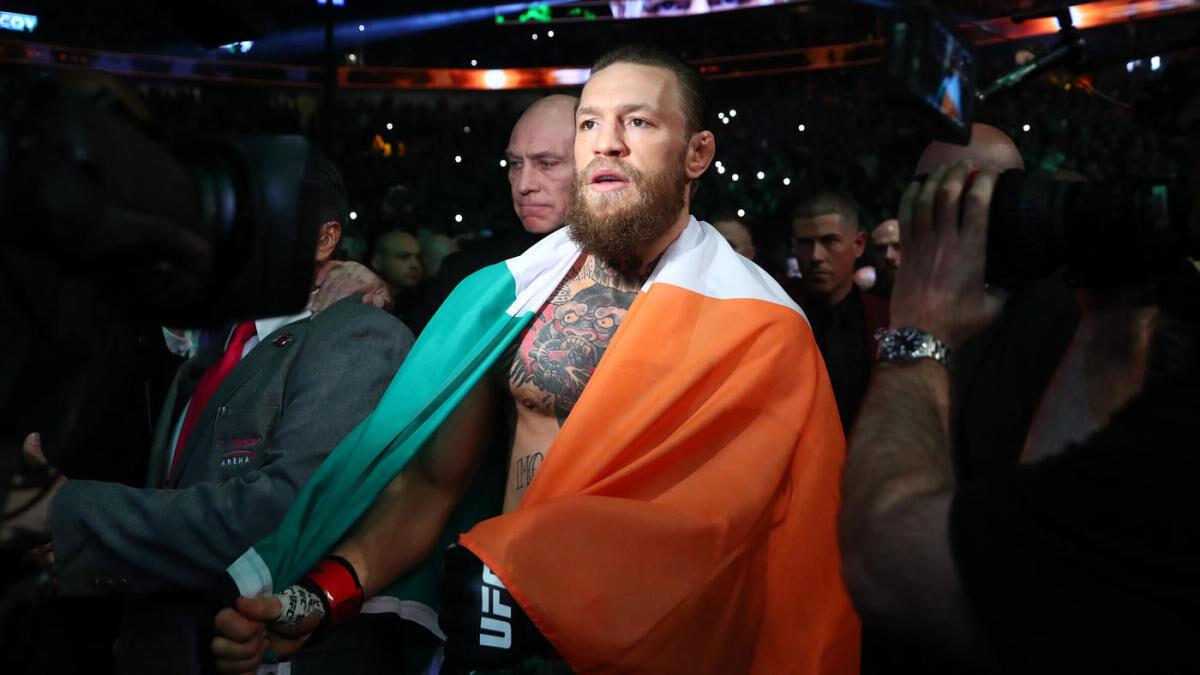 UFC lightweight Conor McGregor walks to the octagon before the main event of UFC 246, Jan. 18, 2020.

UFC lightweight Conor McGregor walks to the octagon before the main event of UFC 246, Jan. 18, 2020.

Anyone who watched the ESPN Films documentary “The Last Dance” understands the relationship between music and athletes.

From the editors layering songs from different eras throughout the series to match the anecdote being told, the significance of the Chicago Bulls’ theme song “Sirius” by The Alan Parsons Project, to NBA legend Michael Jordan jamming out to R&B singer Kenny Lattimore’s “Days Like This” before tipoff of the 1998 NBA Finals, the documentary showed just how impactful music can be in the sporting world. But why?

Why do athletes feel the need to listen to music before games?

“Certain songs can help you get focused and get locked in,” NAU men’s basketball freshman guard Carter Mahaney said.

Mahaney said he doesn’t have a deeper connection with music in any way, but it’s just an activity he enjoys doing in certain scenarios.

For NAU women’s basketball junior guard Regan Schenck, she has a solidified passion for it.

“Ever since I was little, I would always be in the car, turn up the music as loud as possible and just dance,” Schenck said. “Some people like to watch TV, others like playing video games, but I’m someone who will just sit in my room and blast music.”

Not only does music get players focused for their upcoming events, but studies show music can actually enhance athletic performance.

Costas Karageorghis, a world-leading researcher in sports psychology, said music should be thought of as a legal performance-enhancing drug. The importance of music for athletes was on full display when runners voiced their displeasure in 2007 after the governing body of USA Track & Field banned the use of headphones or portable audio players during its races due to safety and liability concerns.

No matter if it is before or during the event, there is an effect music has on athletes for performance.

Dissociation, internal motivation, synchronized rhythms and evoking emotions are ways athletes’ performances are enhanced, according to the Health Sciences Academy.

“I think there’s an element to music that can really bring your team together,” Payne said. “It can provide the energy needed when the mood is down.”

So what are athletes listening to before games?

Like many NBA players, Mahaney leans on a specific genre to get him ready before he hits the court.

“I just go through my ‘liked songs’ playlist and there’s a lot of rap on there,” Mahaney said.

Mahaney said he didn’t have specific songs, but shuffles his playlist and stops on tracks matching his mood.

For Payne, her preferred choice of music changed as she transitioned from player to coach.

“We used to listen to some old hip-hop before games like 50 Cent when he was big,” Payne said. “Now, my go-to is chilled. I go for some Alicia Keys and more within that genre.”

“I don’t have throwbacks from a long time ago, but music from the early 2000s like Lil Wayne,” Schenck said. “I’ll listen to Shakira and Fergie every once in a while as well.”

Music isn’t just used for players before games. It’s also used for introductions in many scenarios.

Across all 30 teams in MLB, batters walk up to the plate with specific songs that show their personality for a sport where personality is rarely emphasized and not encouraged.

One of the more popular walkups in recent memory was free agent outfielder Josh Reddick walking up to the saxophone-led “Careless Whisper” by George Michael when he was a member of the Oakland Athletics.

However, music is synonymous with closers in MLB. The prime example being Mariano Rivera, former New York Yankees closer and Hall of Famer, who walked out from the bullpen to Metallica’s “Enter Sandman.”

In the UFC, fighters always walk out to the octagon with a song to either intimidate their opponent or get fans in the arena excited for the ensuing contest. Former middleweight champion Anderson Silva had a calm demeanor on his way to the octagon, but with “No Sunshine” by DMX playing, fans and experts alike knew exactly what Silva was thinking about just before it was time to perform.

Even NASCAR drivers get a shot to show off their favorite songs with their own introductions annually at the Bristol Night Race that takes place during the dog days of summer.

So what would NAU Athletics members have as their song of choice if it were to be played whenever they entered a location? Mahaney knew exactly what he would go to.

“‘Dreams and Nightmares’ by Meek Mill for sure,” Mahaney said. “It’s a classic and I’ve been listening to it for a long time.”

The Philadelphia native’s song was also used by the Philadelphia Eagles as they ran out to the field prior to their Super Bowl LII victory over the New England Patriots.

Payne said she would stick with Keys as an artist for her introduction, but also some Hawaiian reggae music, such as Common Kings.

Schenck didn’t have a specific song in mind, but went to rapper Lil Durk and the song “Finesse Out The Gang Way” from the deluxe release of his latest album “The Voice.”

“I’ve been listening to Lil Durk a lot lately, so that would probably be my song,” Schenck said.

Regardless of song choice, music will always be a staple of sports and serve as a motivating force for athletes before, during and after games.