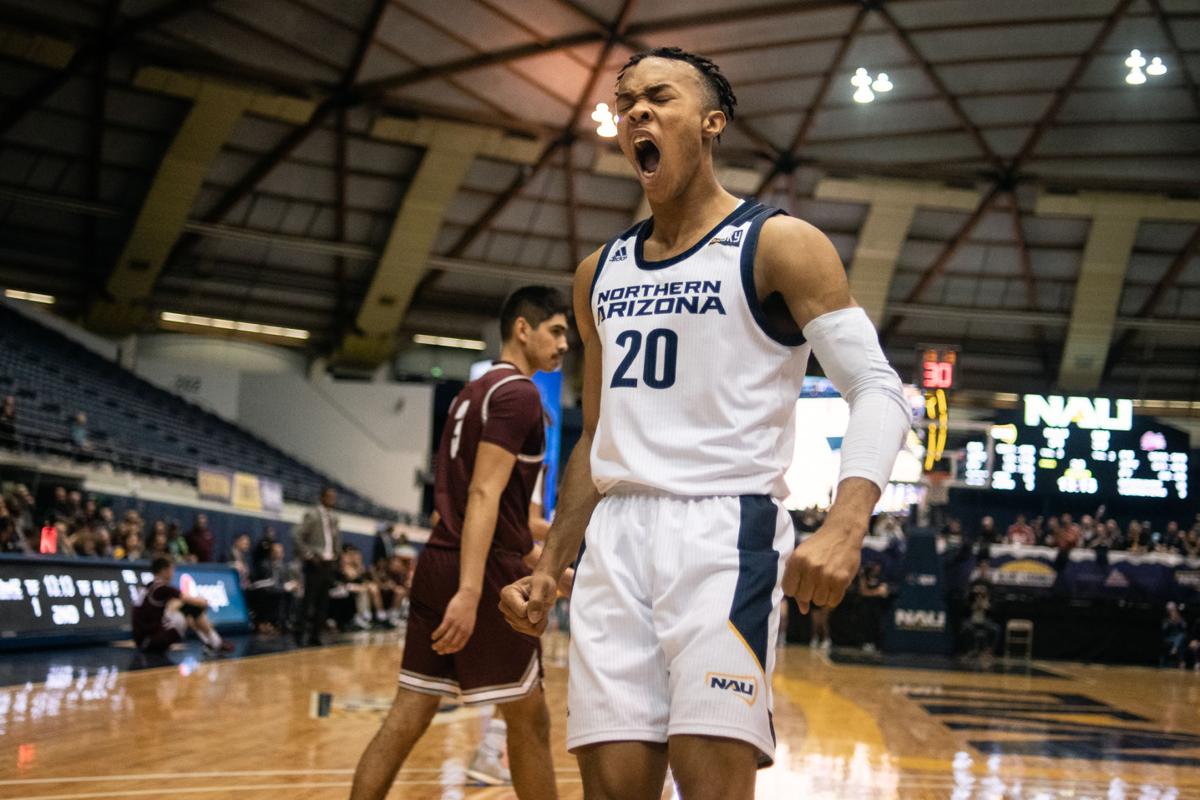 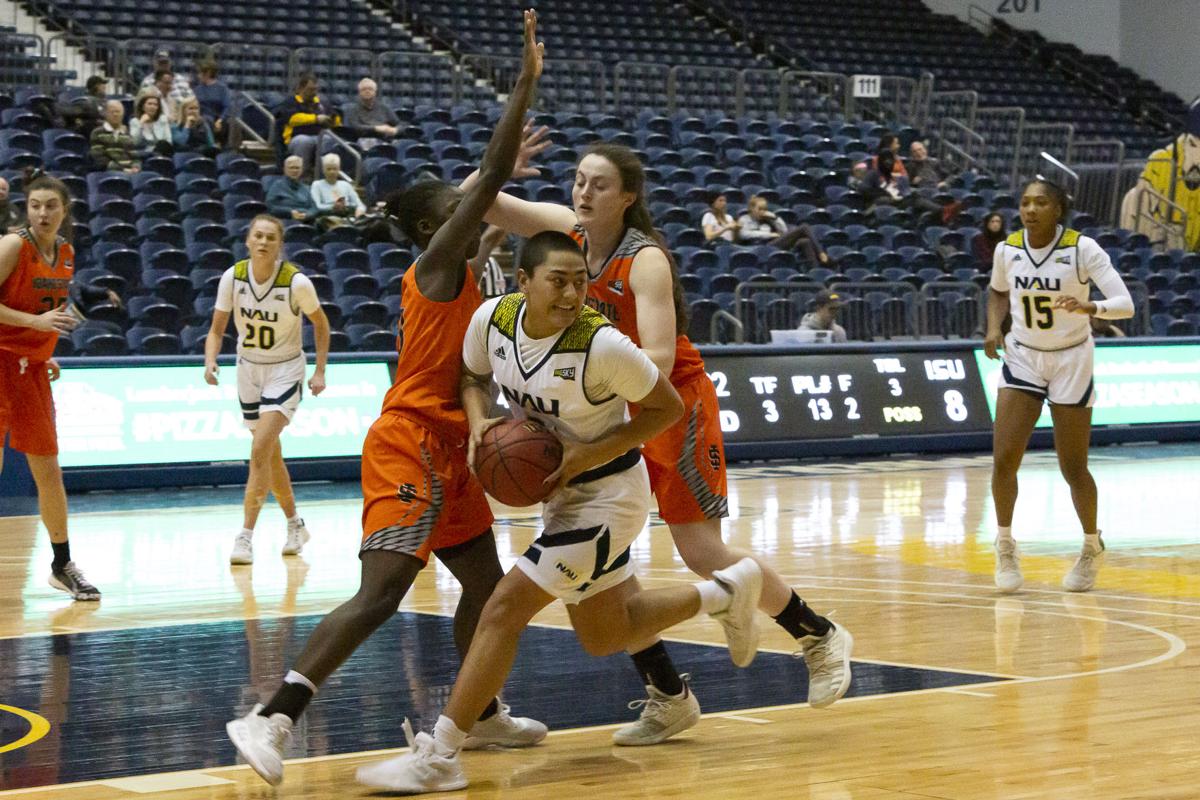 Redshirt Junior guard Caitlin Malvar (3) turns against Idaho State players in the first quarter of the game at the Walkup Skydome Feb. 6. (Photographed by Madison Easton) 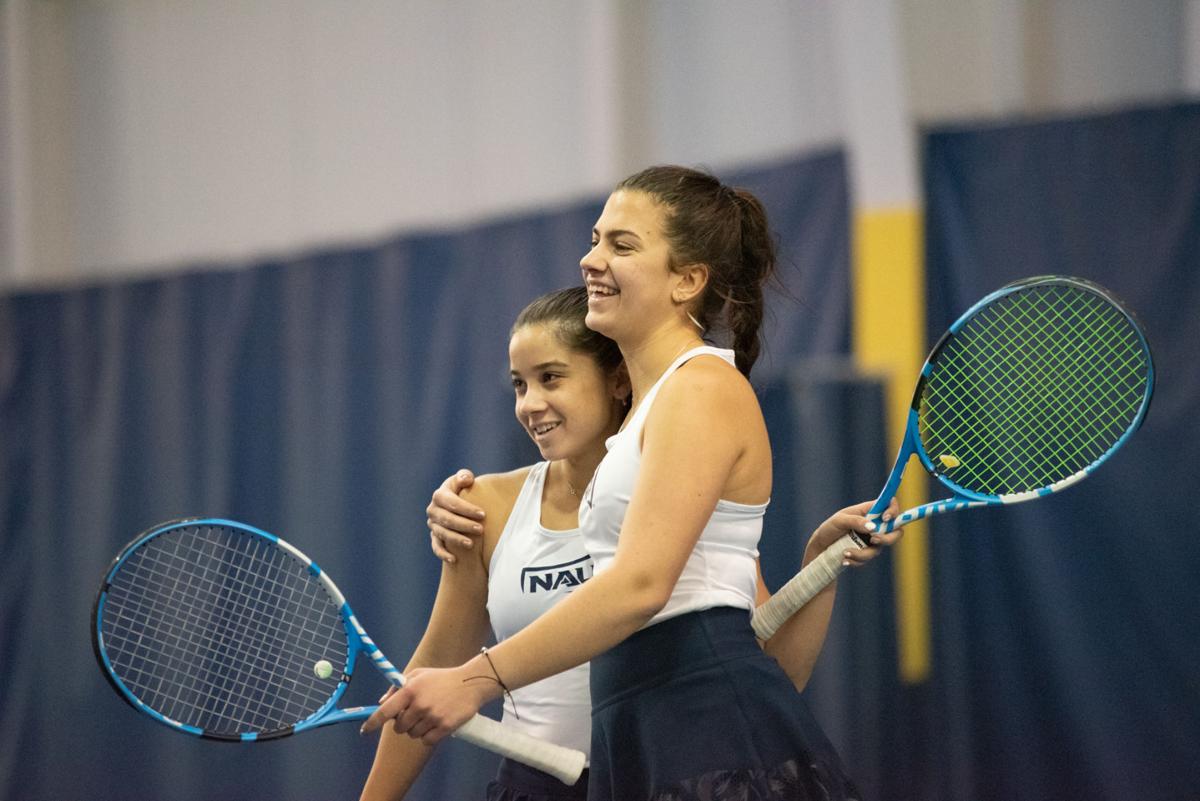 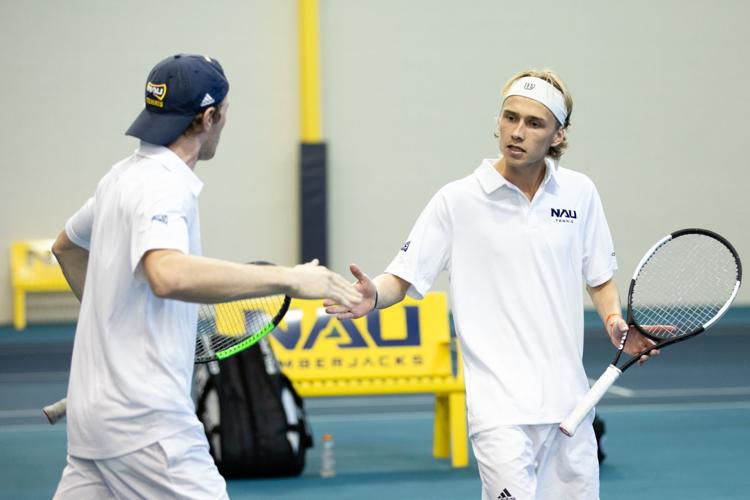 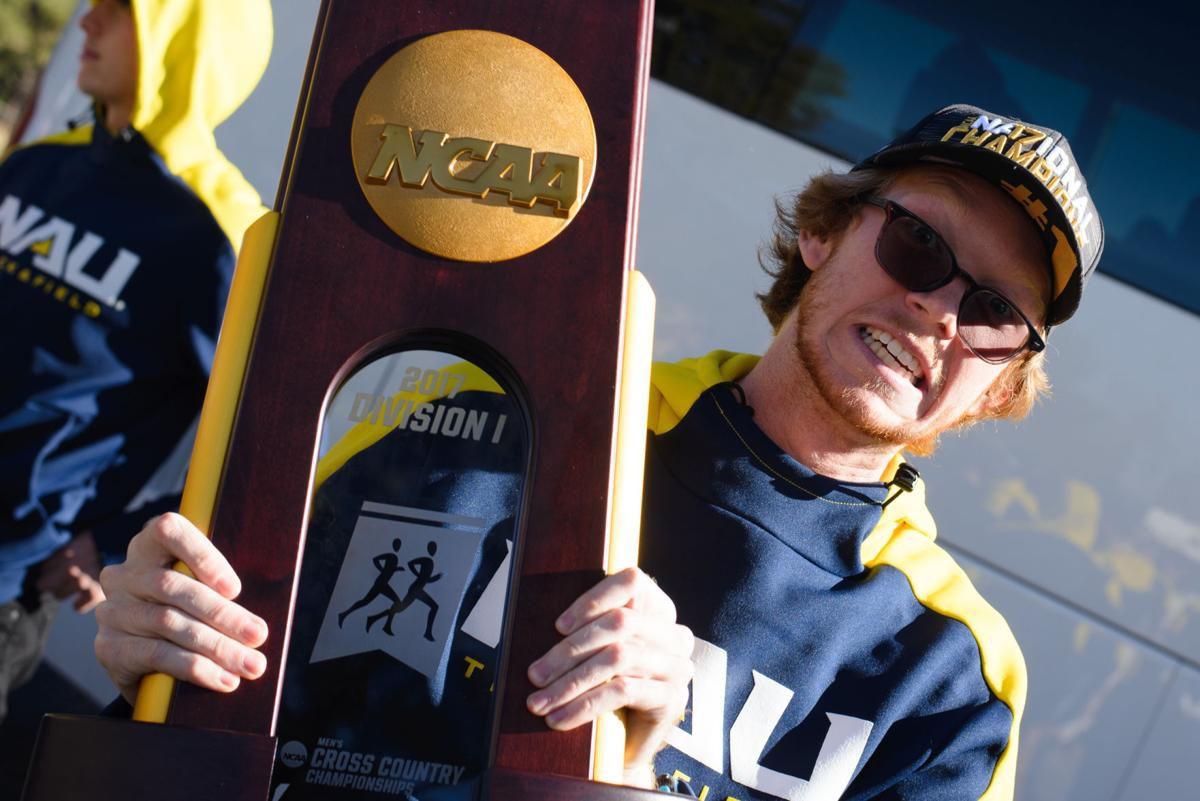 Redshirt Junior guard Caitlin Malvar (3) turns against Idaho State players in the first quarter of the game at the Walkup Skydome Feb. 6. (Photographed by Madison Easton)

NAU Athletics saw both high times and low points during the spring semester. Although some sports teams did not get the chance to finish what they started, there were still moments to be proud of for the athletes who worked so hard to go out onto the floor, track or court and perform to their highest ability.

The men’s basketball team made a huge leap of improvement in the 2019–20 season compared to 2018–19. Last season, the Lumberjacks finished the year with an 8–12 conference record and a 10–21 overall record.

This season, the team came together under interim head coach Shane Burcar to improve to a .500 record within the conference and a 16–14 record overall. There is still work that needs to be done for the team though, as the Lumberjacks were defeated in their first round matchup against Idaho State University in the Big Sky Conference tournament.

Even with graduating senior forward Brooks DeBisschop and senior guard and forward Chris Bowling moving on from the program, the team has some of their other impact players. Sophomore guard Cameron Shelton and redshirt junior guard Luke Avdalovic are returning to bring even more success to the men’s basketball team.

Like the men’s team, the women’s basketball team improved on the losing record they had last season with a 12–8 conference record, and a 16–15 overall record. Redshirt junior guard Caitlin Malvar shined this past season by being a pass-first point guard and never giving up in any situation.

In her first season in a Lumberjack uniform, redshirt sophomore forward Nina Radford showed that she is a piece that the team can build around. Radford helped the team on both sides of the floor by shooting 42% from the field, 40% from three-point range, as well as coming down with 136 total rebounds.

The team made it to the semifinals of the conference postseason tournament, but were defeated by Montana State University.

The women's golf team had ups and downs this season before they had to forego their remaining events due to cancellations. Of the 19 events that the team participated in, the Lumberjacks only finished in the top five on four different occasions. While the team was unable to finish this year's season, they will hope to bounce back and return stronger next year.

NAU swimming & diving, unfortunately, could not produce a lot of success this season. The team had a record of 4–7 before the season was canceled. Although this was not what the team was hoping for, they will attempt to make improvements and get ready for next year.

In a shortened season, both the men’s and women’s tennis teams made a statement that they would be tough to beat when playing in Flagstaff. Both teams recorded three wins and went undefeated at home. The two squads will look forward to the next season, where they will be able to play a full-length season at full strength.

Arguably, the NAU track & field team found the most success of any other NAU sports team. The men and women that make up the strong team garnered their first ever No. 1 indoor track ranking by the U.S. Track & Field and Cross Country Coaches Association.

This team shows no signs of slowing down in the future either, as they will look to continue their dominance over the Big Sky Conference, as well as finally get the chance to show what they can do at the 2021 NCAA National Championships.

The talent all these programs posess is something to look forward to, once the athletes, as well as sports fans get the OK to get back to competition. The future is bright for NAU athletics.