Skip to main content
You are the owner of this article.
Edit Article Add New Article
You have permission to edit this article.
Edit
Home
News
Opinion
Features
Culture
Sports
Multimedia
Gallery
PRINT EDITION
LJ in the UK
Search
1 of 5 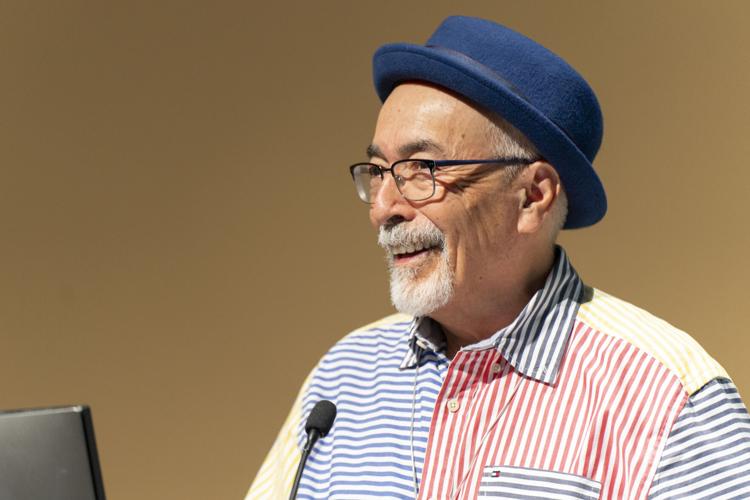 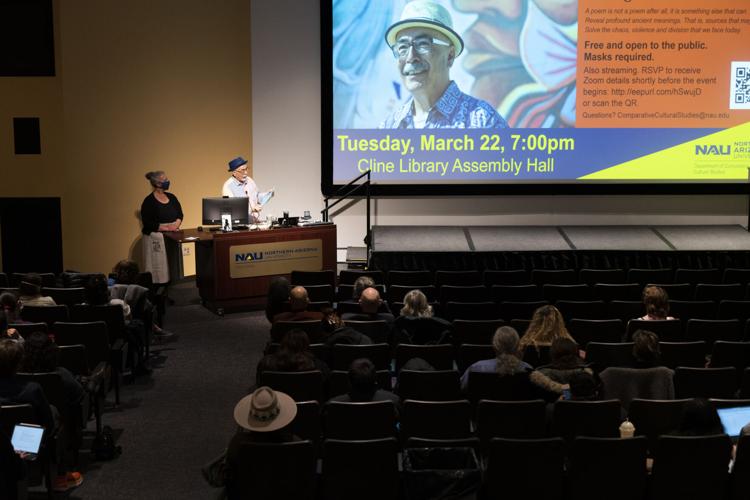 Juan Felipe Herrera, 2015 U.S. Poet Laureate, performance artist and activist tells a story about the jokes his mother would tell him in his childhood at the NAU Cline Library Assembly Hall, March 22. 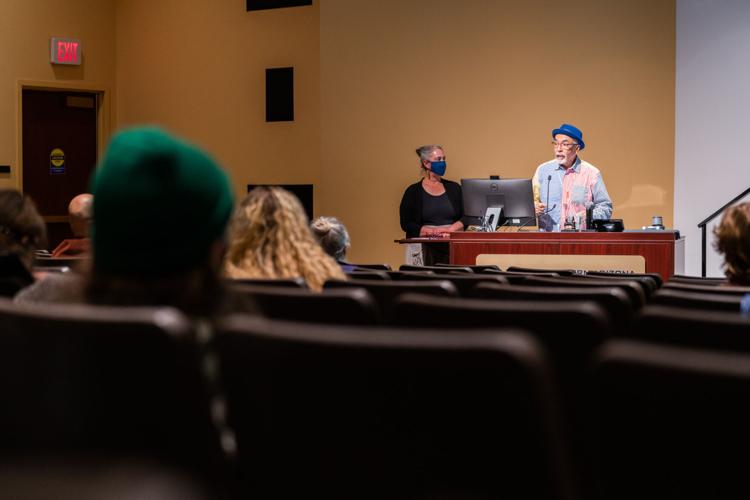 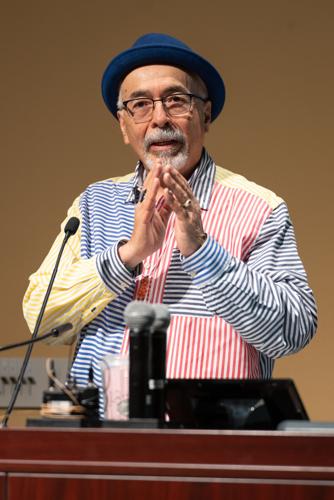 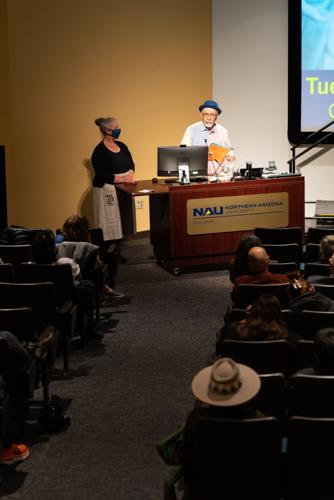 Juan Felipe Herrera, 2015 U.S. Poet Laureate, performance artist and activist tells a story about the jokes his mother would tell him in his childhood at the NAU Cline Library Assembly Hall, March 22.

In the Cline Library auditorium on March 22, an audience patiently waited to hear the words from the 2015 United States Poet Laureate Juan Felipe Herrera.

The Department of Comparative Cultural Studies (CCS) put on the Cline Lecture Series in Humanities. They organized the event to encourage the Flagstaff community to come out and meet the esteemed author. Gioia Woods, a NAU professor as well as a chair holder of CCS, helped organize the event and made the night possible after many years of trying to get it off the ground.

CCS has hosted the lecture series since 1984. They have brought in many speakers since the beginning and Woods said she has been wanting to host Herrera at the event, but was unable to due to the pandemic.

“We were in touch over the last couple of years and finally we were able to arrange a visit,” Woods said. “This is one of his first visits after COVID-19, and we’re so glad that he could visit.”

The event was lively and active with the audience’s participation, even with the heavy topics Herrera highlighted during his presentation. He talked about the Russian invasion of Ukraine and asked his audience at home to write down their feelings about the situation. He said he wanted their voices heard and to stand up for the people who are suffering during this time of hardship.

“I hope they’ll take away a sense of being together in the audience and a sense of freedom of expression,” Herrera said. “A freedom of who they are and to shout it out, let it go and touch base with what is going on in Ukraine in particular, a subject that I’m very interested in.”

Herrera encouraged his audience to write. He said he wanted his listeners to write their feelings down and to analyze their feelings as best they could. Herrera asked the audience to write to future generations about how the world is now and how they think it could be. He said he wished to give the future generation an idea how the world was affecting us.

Asya Darbinyan, a postdoctoral scholar for the Department of Comparative Cultural Studies, was in attendance for the lecture. Darbinyan had the chance to meet with Herrera before the event and she said he is an amazing and admirable person.

“I was surprised by the topic that he spoke of,” Darbinyan said. “I was also surprised by the audience participation that he had in his talk. It was fantastic and made us feel a part of the talk with him.”

Throughout the evening, Herrera kept circling back to how kindness is at the core of humanities.

“We get caught up in a special project which is great, but just turning up your kindness — so much suffering, so much debts, so many families ripped apart, so many people lost so many family members,” Herrera said. “That’s a lot of pain, so if we can increase our level of kindness every day, every moment, then we’re working towards a system for those that suffer.”

The lecture held the audience’s attention throughout his presentation. Woods said she would like to bring Herrera back in the future for another lecture.

There is another lecture occurring at Prochnow, sponsored by the Martin-Springer Institute, with guest speaker Harriet Washington who will be holding a discussion on Medical Apartheid and Race, and the cruel experimentations and abuse of People of Color. Darbinyan said she hopes to see more students in attendance to learn and interact with future guest speakers.

Writer for the Lumberjack Newspaper

Pepperdine pulls away from NAU 88-69