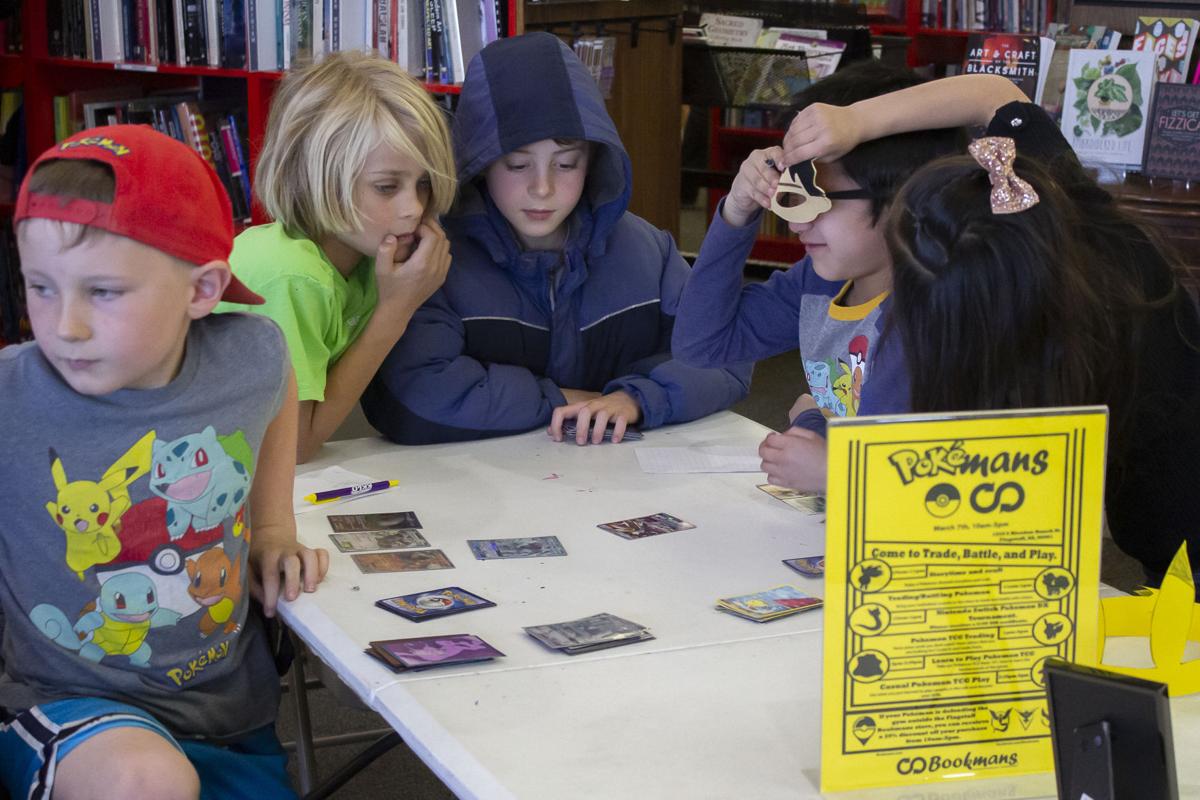 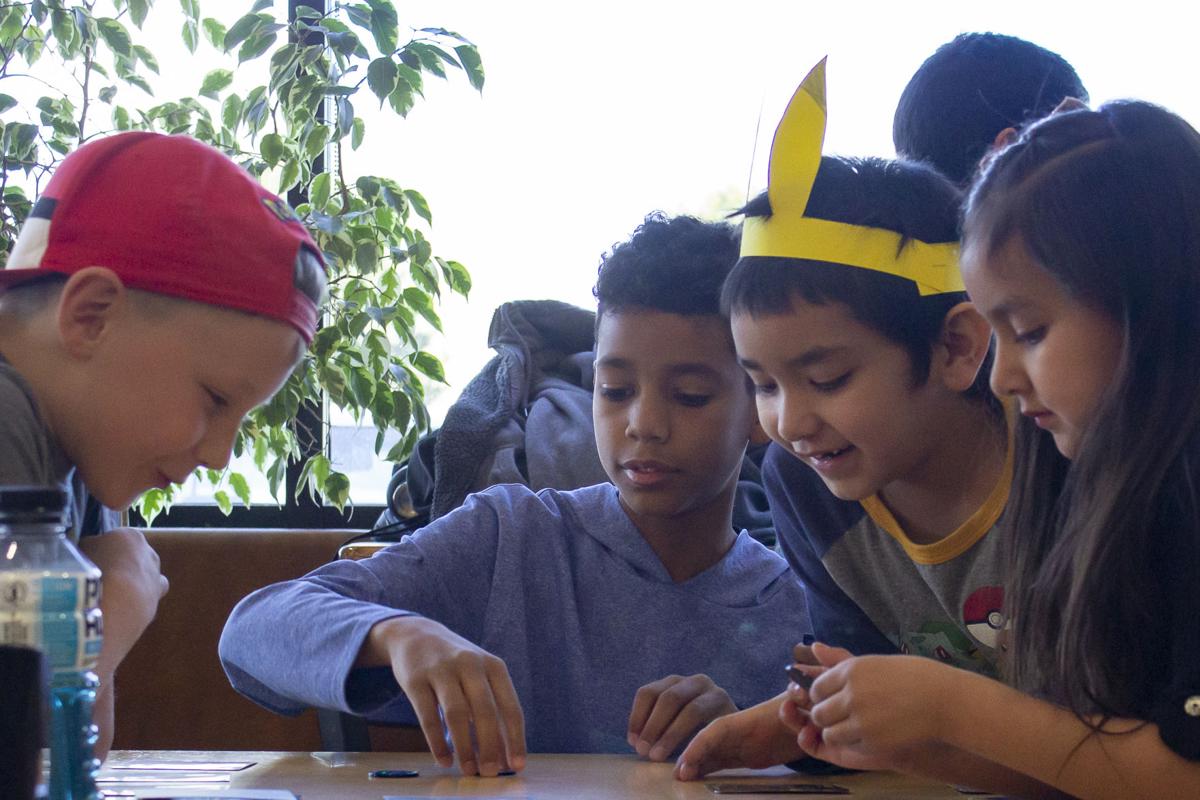 Bookmans Entertainment Exchange has evolved in Flagstaff as a regular hangout and fun place to shop for books, movies and video games. It is a bookworm’s paradise, coffee lover’s stomping ground and a region that unites Pokémon trainers with the events they hold.

Bookmans worked to capture different audiences and gave locals the opportunity to make new friends, and even battle each other along the way, when it hosted an all-day gathering March 7 where people could play Pokémon on different platforms. The event was called Pokemans and was structured to attract all ages.

The cafe inside hosted Nintendo Switch tournaments where a winner received $100 cash and a Bookmans gift card. Employees taught a how-to class on the basics of playing the trading card game. The rest of the time was set up for people to trade cards with each other.

Bookmans general manager Micheil Salmons coordinated the event. Salmons said he is a huge Pokémon fan and has been collecting cards since he was in sixth grade when the game first came out. Salmons has been collecting for a long time and has shared his love for it with his family. He said he introduced his wife to Pokémon cards when they first started dating and now they collect them together.

Salmons said he tried to highlight each way Pokémon is popular such as video games, trading cards and even Pokémon GO, the mobile app that came out in summer 2016. Bookmans gave a 25% discount to anyone whose Pokémon was guarding the gym located right outside of the store on the Pokémon GO app.

Salmons said there are many different fan bases within the franchise. According to Paste Magazine, it is the second highest best-selling video game franchise of all time, only trailing “Super Mario.”

“It’s still insanely popular,” Salmons said. “I’m 33 and I still collect. As my son is getting older, I will continue to enjoy it until one of these days I sell my collection or I stop enjoying it. There’s a huge audience for Pokémon based on what we’ve seen with the cards and the video games. Every time we get a Pokémon video game, they only last on the shelf for maybe two days before they are immediately sold.”

Throughout the event, people came in and out with their cards looking to trade or share with others. Many parents brought their young children to trade with each other while they shopped and sat in the cafe and many college students came to participate as well.

Senior Cody Huls said he has two binders full of trading cards, with the rare ones near the back and some individual cards averaging a little over $100 online. Some of them have not been produced since 2004.

“I’ve collected Pokémon cards ever since I was a kid and it’s a lot of fun putting together sets,” Huls said. “When you buy a pack, it’s sort of like a gamble because you don’t know what you’re getting and you could potentially be making money if you want to sell them.”

Flagstaff resident Megan Gale came in with her trading cards to battle and trade with. Gale said she began collecting cards when she started college. She played older versions but skipped seven generations to Pokémon X. Now, she mostly plays the newer games and collects cards.

“I saw the poster in the window two or three weeks ago and I put it in my calendar because I collect Pokémon cards. I have for years,” Gale said. “I have honestly liked it since the original anime came out in the United States, and I’ve watched it since I was a kid.”

Bookmans brought people together through a franchise that has made its mark on people born in the ‘80s to people of the present. Many have owned some sort of Pikachu paraphernalia, seen the anime, played the video game on their old Nintendo DS and on the new Switch, or caught a Caterpie on their phone. For some, Pokémon holds a spot in their hearts they can never trade away.