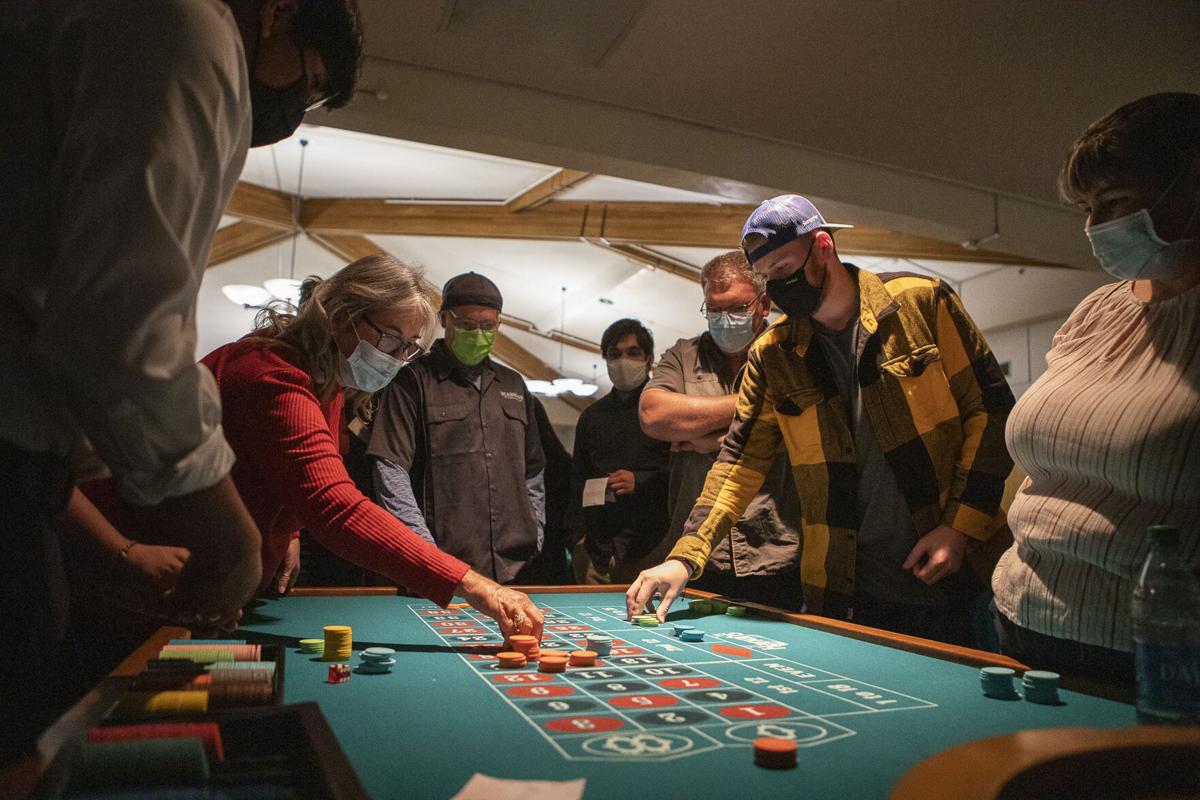 Attendees place their chips on the roulette board, Oct. 1. 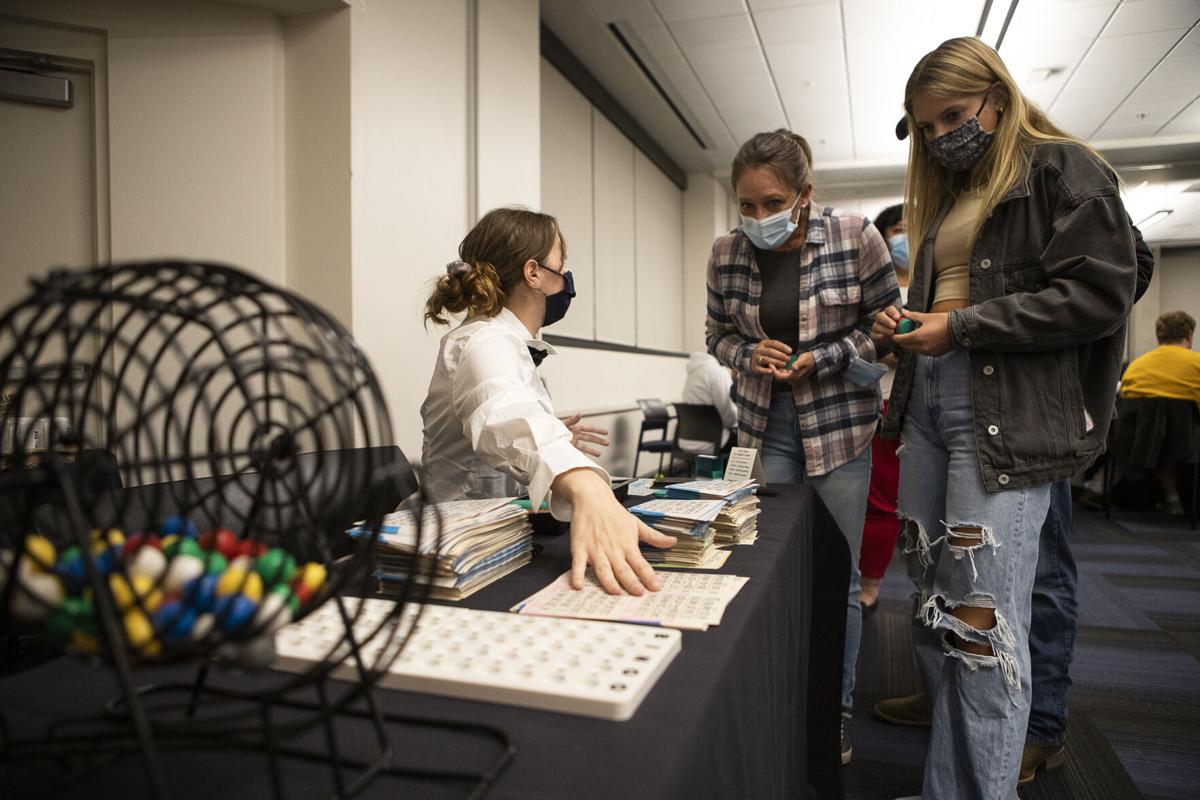 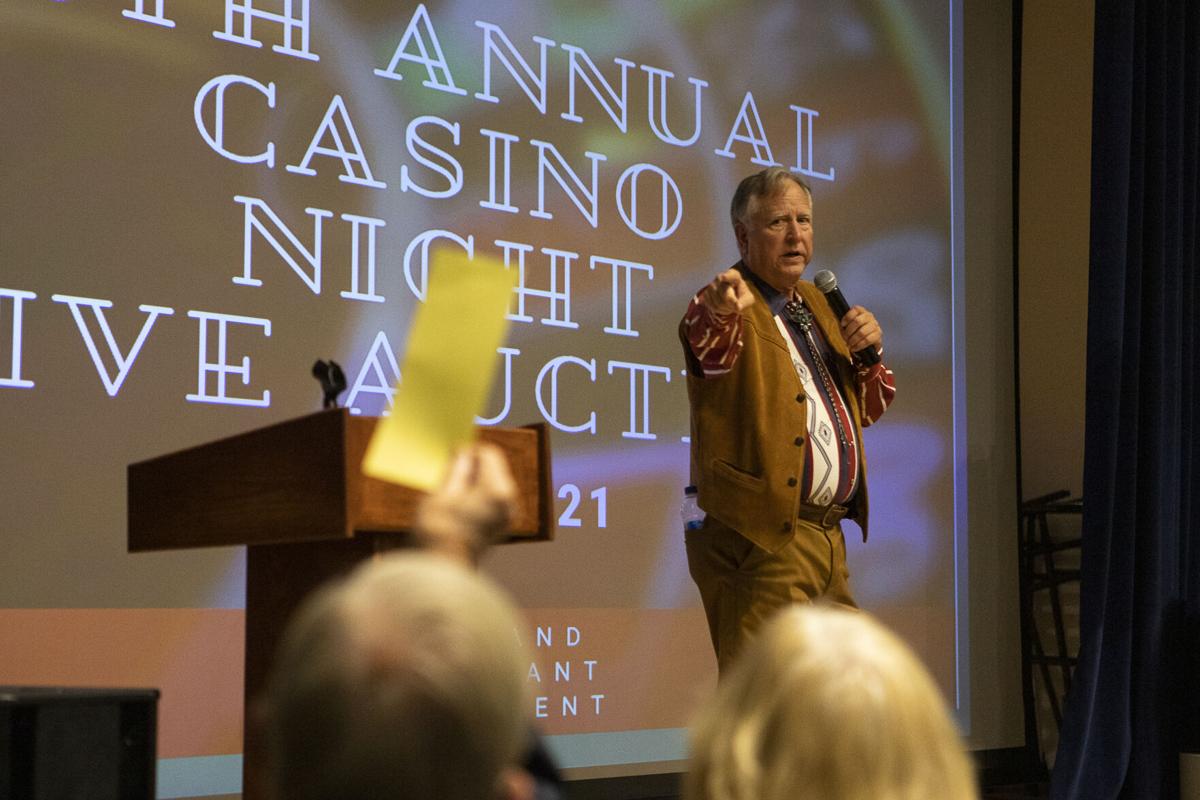 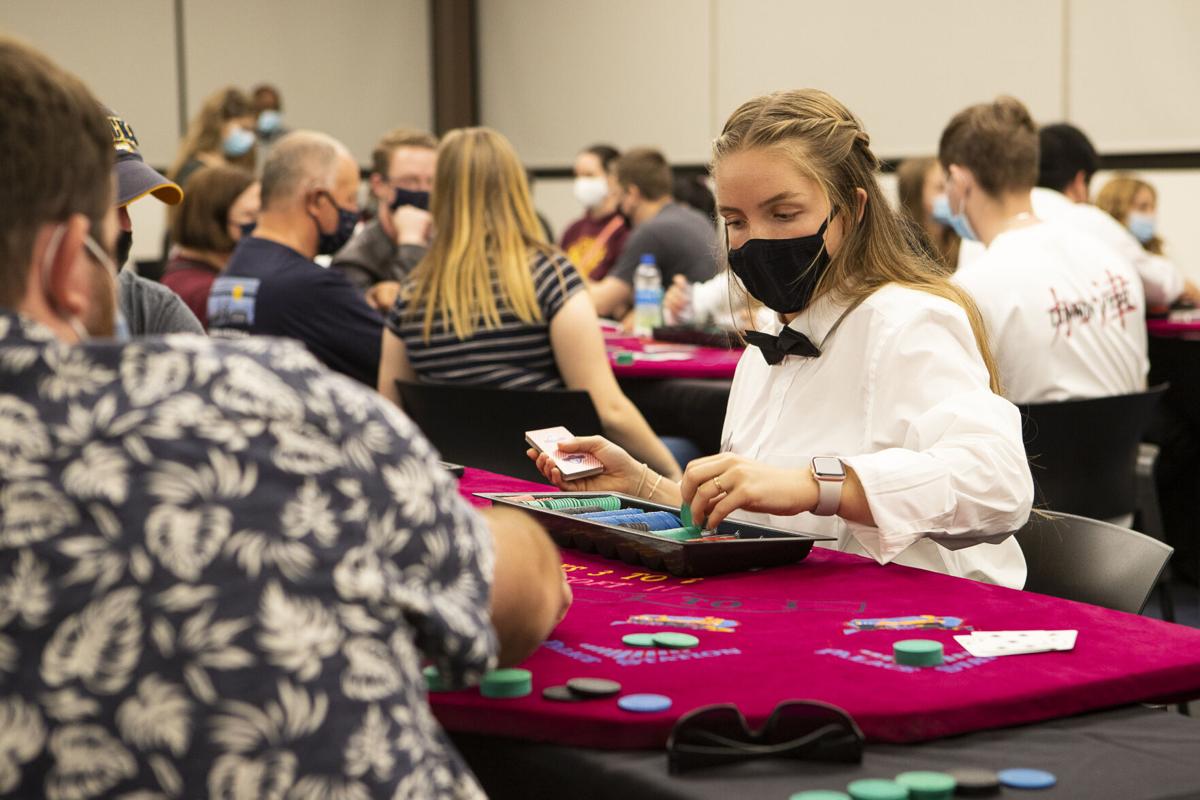 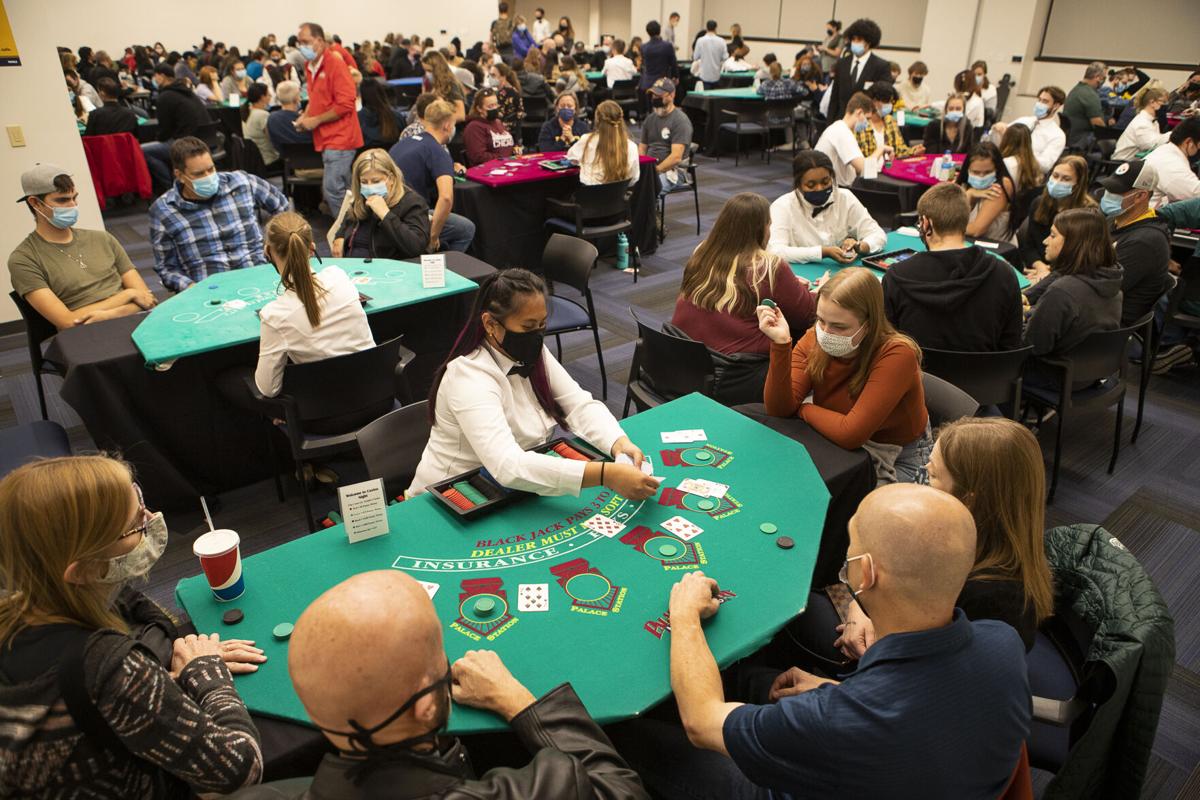 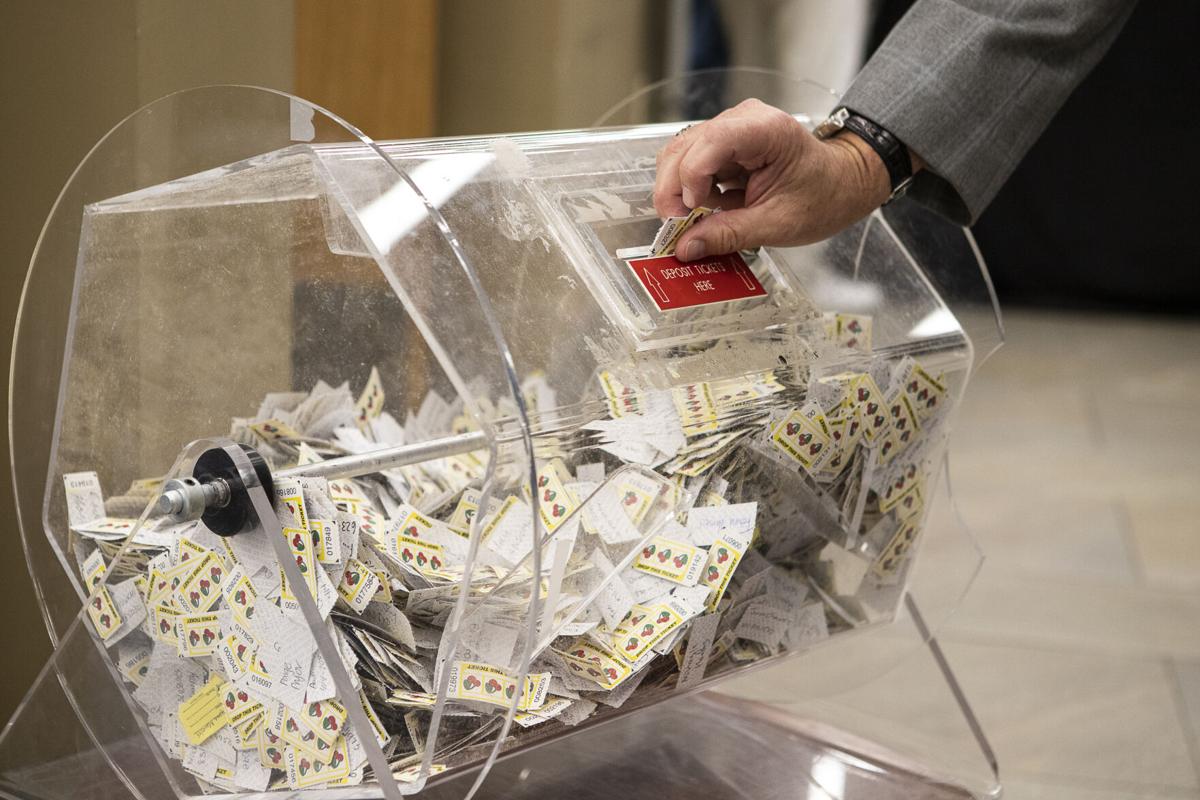 A raffle participant places his tickets in the tumbler at Casino Night, Oct. 1. 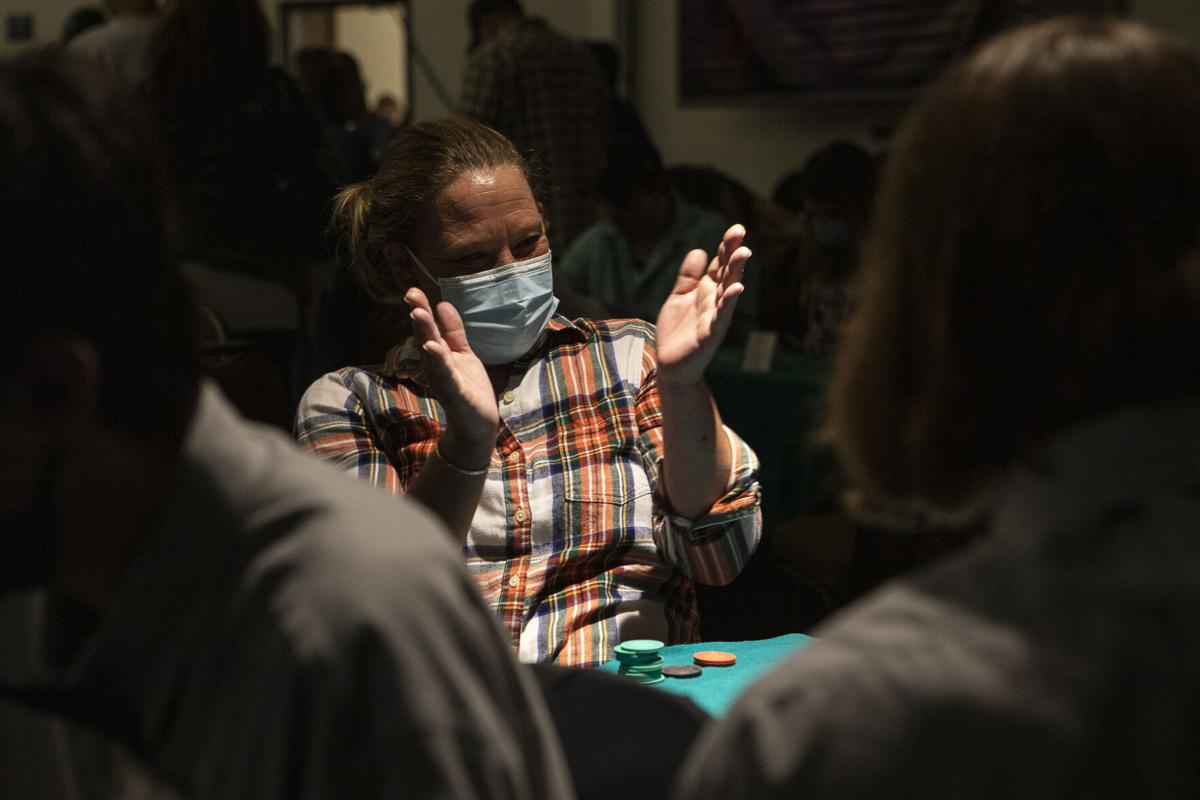 Attendees place their chips on the roulette board, Oct. 1.

A raffle participant places his tickets in the tumbler at Casino Night, Oct. 1.

The School of Hotel and Restaurant Management (HRM) hosted its 28th annual Casino Night in the du Bois Center on Oct. 1. It was one of Family Weekend’s first events. The ’80s-themed occasion began just before 7 p.m. and ended at 10 p.m. after the raffle prizes were handed out.

HRM professor Gary Vallen organized the event with the help of his gaming and casino management class. Vallen’s executive senior assistant, Mikayla Harang, said Vallen has organized NAU’s Casino Night since the 1980s. The 2021-22 academic year is his last before retirement.

According to a letter sent by HRM, proceeds from ticket sales, table sponsorships and the silent auction support the HRM Casino Night Endowed Scholarship. These scholarships are given to HRM students, especially those who volunteered at the event, like those in Vallen’s gaming and casino management class.

Everybody in the class is on a team, and each team plays a pivotal role in organizing and executing the night. Participants served as auctioneers, cashiers, decorators, marketers, raffle workers, logistics coordinators, prize trackers, food and beverage servers or human resource employees.

“I think this event is a really good opportunity to showcase that we’re the school of Hotel and Restaurant Management,” Harang said. “The whole event is pretty much student-run. Yes, there is an occasional staff member from NAU, but everyone is doing prizes, all the dealers are NAU volunteers, and all that kind of stuff.  So, it’s like 90% student-run.”

The evening included several games, such as poker, blackjack, craps and bingo. For $2, attendees could receive $100 funny dollars to use on games. Senior Brooklyn Merrill said many of the volunteers were taught how to play blackjack and poker, and some even learned that day.

In addition to the games, HRM hosted a silent auction. Beforehand, the auction team collected all of the big prizes, organized them and figured out the starting bid. Then, at the event, guests registered their names and phone numbers to receive a bidder number before surveying the auction table set up in the center of the room. The first silent auction ended at 7:30 p.m., and the awards were handed out and replaced by a new round of items. At the front of the room, a projector advertised the major prizes, such as a two-night hotel and a golf package for four.

Gaming and casino management students sold raffle tickets before the event, and they were available for purchase until the drawing. Avree Little, a senior and member of the raffle team, explained the pricing and said they tried to sell at least 1,000 tickets before Casino Night even started. At the event, volunteers continued sales at a booth outside the Düb dining hall.

Families entered the south entrance of du Bois Center and had their tickets scanned before walking under an arch of neon balloons and ascending the stairs to the top floor. Colorful streamers and decorations covered the stairwell, and NAU cheerleaders hugged the entrance to the big hall, waving their pom-poms and greeting guests.

In the front right corner of the room, a DJ was hard at work. ’80s music spilled into the hallway and could be heard throughout the building. Guests purchased their poker chips at a big booth near the entrance. Sophomore Hailey Bogar, a blackjack dealer for the evening, said chips could be traded for raffle tickets before the drawing.

As the night progressed, the event grew crowded, and the loud hum of voices swelled in the air. Every once in a while, cheers of excitement or yells of anticipation would cut through the noise. Groups of people crowded around tables, waiting for their turn to play. At 9:30 p.m., a long line formed as attendees waited to redeem their chips for raffle tickets. Then, they headed downstairs to the bingo room to place their tickets in the box.

Not long after 10 p.m., everyone gathered in the big room and hallway downstairs, waiting for the raffle. The split-the-pot raffle was first up, and three winners were selected. However, at the time of the drawing, the money had yet to be counted.

Next, the tedious process of picking over 70 raffle winners began. The prizes included NAU shirts, hats, mugs, books and other items. Because many of the guests had already left, there were several unclaimed prizes. However, when the first winner was called, those who remained exploded with applause and laughter.

While the drawing continued, the students and volunteers began to pack up and move everything out. With Casino Night officially over, HRM students are looking forward to their premier event of the year, which is scheduled for Nov. 2-3. Roy Schott, a TA for Vallen’s class, was eager to talk about what comes next.

“In a month, we’re taking the class to Las Vegas for a behind the scenes tour of a casino,” Schott said. “Students will see things they are never going to see otherwise.”

Overall, Vallen’s final casino night was a huge success. Many volunteers and guests commented they were not expecting such a turnout. Vallen, like his students, is excited for one of his last big events as an HRM professor. The question now remains: Who will organize next year’s Casino Night?