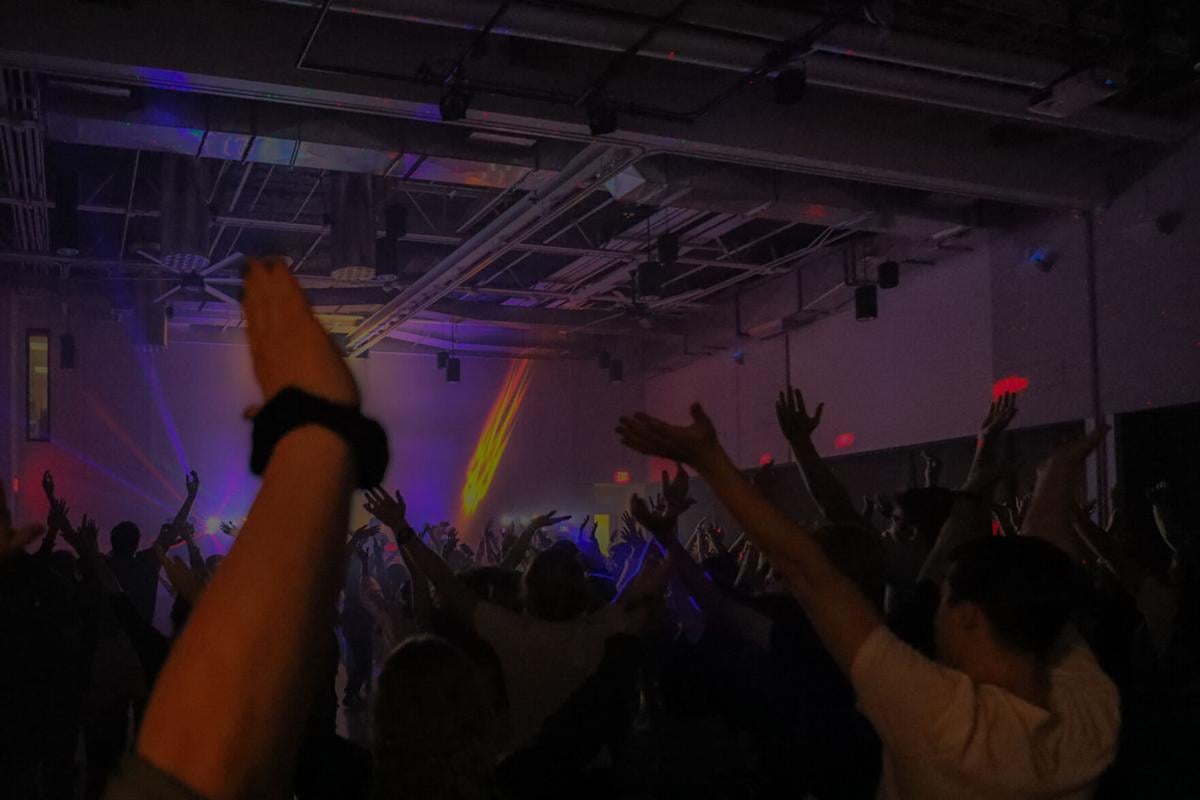 Students throw their hands up in a Y in response to the 1978 song by Village People “YMCA” that played at the Throwback Time Machine dance, Sept. 3. 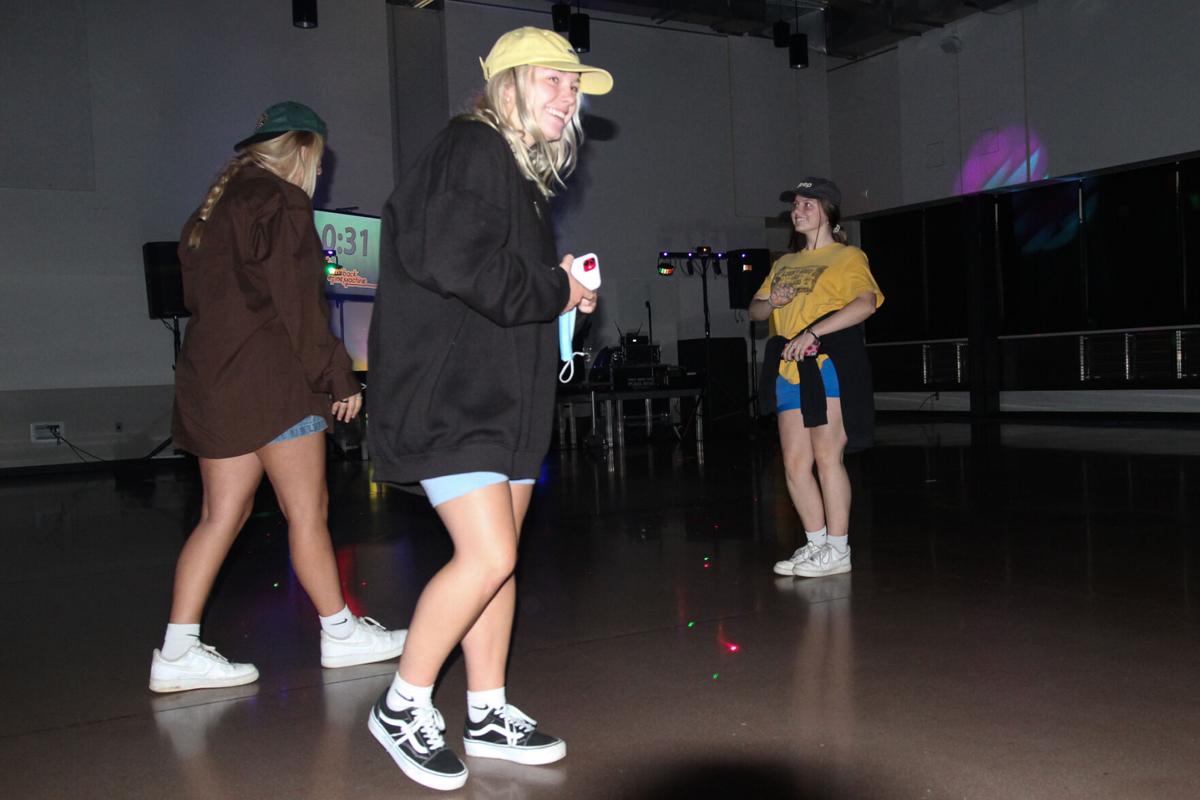 First few people to filter into the decades dace in the International Pavilion Sept. 3. 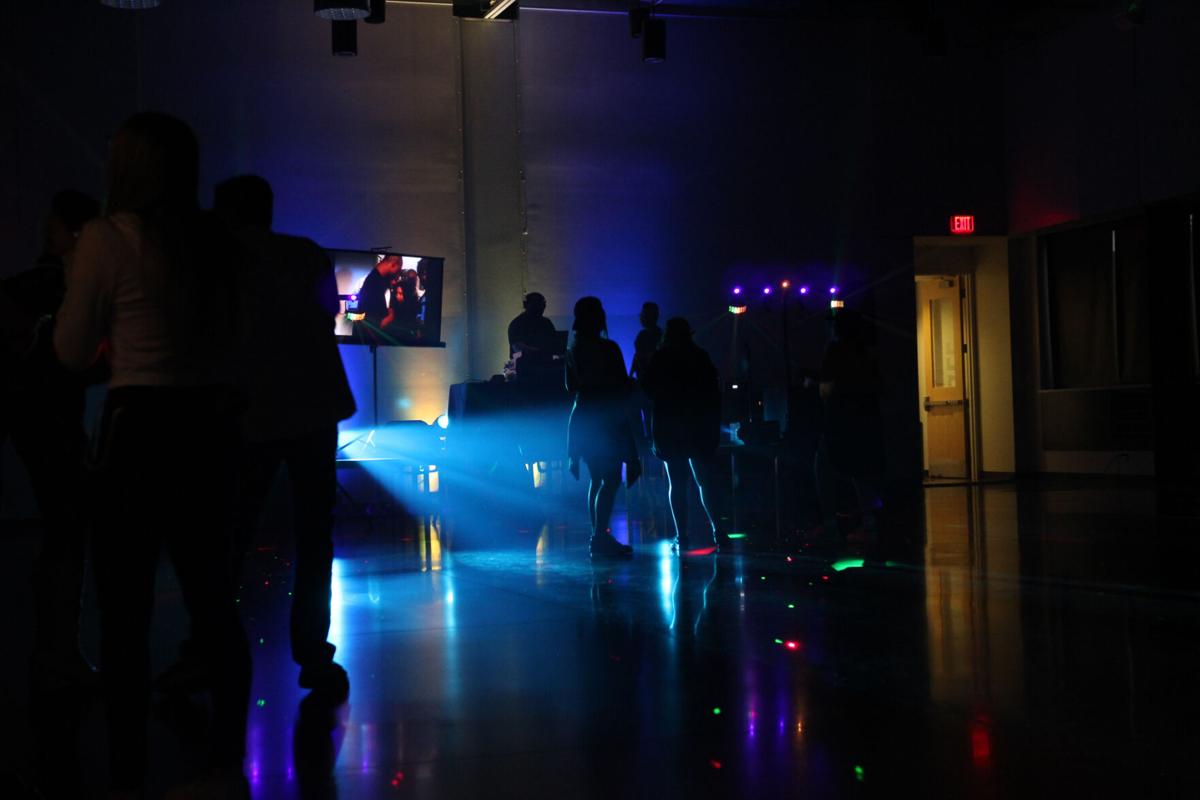 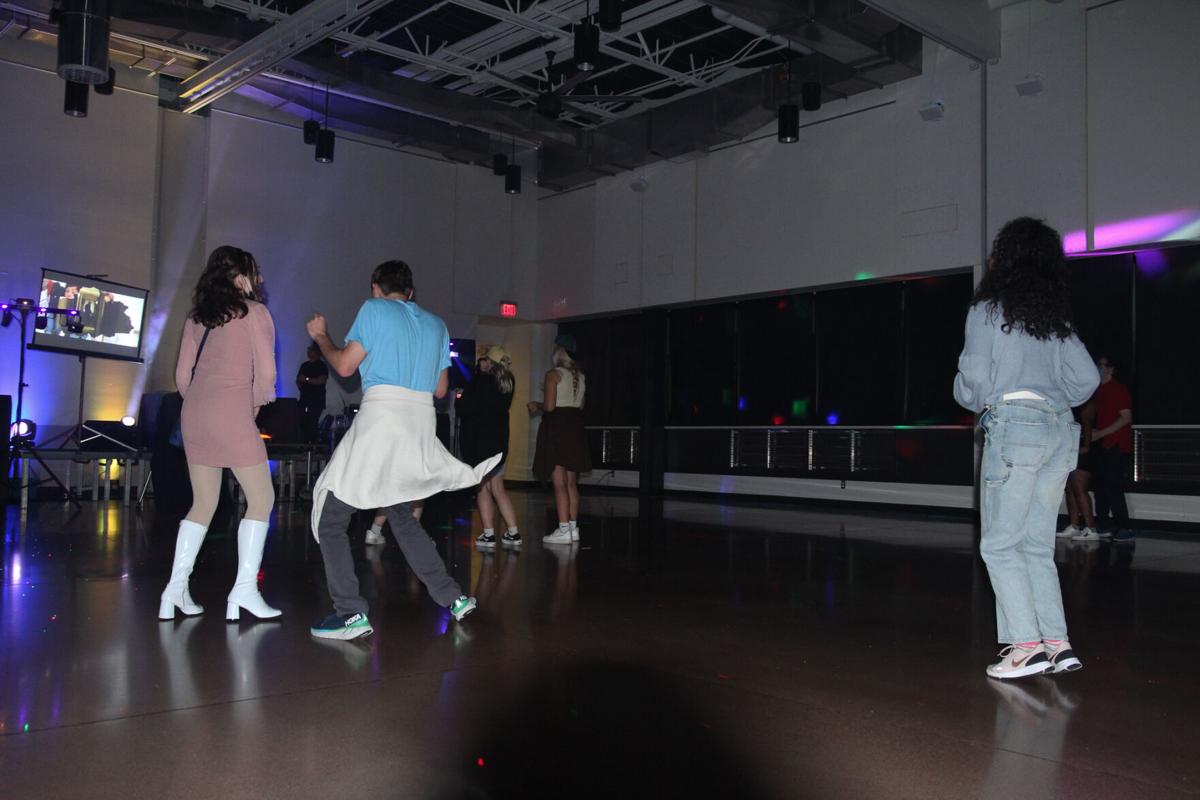 Students throw their hands up in a Y in response to the 1978 song by Village People “YMCA” that played at the Throwback Time Machine dance, Sept. 3.

First few people to filter into the decades dace in the International Pavilion Sept. 3.

Lumberjack Activities Board (LAB) hosted a Throwback Time Machine Party on Sept. 3 at the International Pavilion. Referred to as a “Dance Party Through the Decades” on the flier and email, the event featured music from the 1960s through the early 2000s.

Earlier in the week, LAB posted on its Instagram story and encouraged people to dress up for whatever decade they enjoy, in addition to uploading outfit ideas to social media for inspiration.

Ultimately, many attendees decided to dress in attire such as ’60s-inspired dresses and hairstyles, ’70s white leather boots, ’90s blazers and plaid. Students got into the spirit of the event.

Brittney Barnett, a sophomore and social coordinator for LAB, attributed the idea of the dance to planning done the previous semester.

“The idea of some sort of dance party, just a casual thing, was brought up, and so I think that was the initial thought we had,” Barnett said. “We wanted to make sure to include all different types of music, so that’s kind of where I think the idea of throwing it back to the ’60s-2000s music came into play.”

There were some challenges to planning the event, Barnett added, including the search for enjoyable, clean music.

Jasmine Schowalter, a senior and top event coordinator for LAB, said the location was another difficulty.

Members of LAB were not on their own in arranging the dance party, as they hired an outside vendor specializing in events that include soundtracks from multiple decades. Schowalter said the vendor displayed music videos for the decades featured.

“It kind of just adds an extra spin on what a normal dance would be, because you get that element of being able to watch the video,” Schowalter said.

Junior Aubrey Van Allen said she enjoyed the DJ and music, while also mentioning that the dance reminded her of high school. She explained her happiness about being able to request Pitbull songs.

“I love Mr. Worldwide so much that I requested him,” Van Allen said.

LAB members working the event also went wild when Pitbull came on and made a mad dash for the dance floor. Despite working the entire night, they still found time to dance to their favorite songs, in addition to talking to students at the event.

Hailey Ortiz, a freshman and another attendee, also said she enjoyed the music.

“I think it’s really cool,” Ortiz said. “I like the button — the rewind thing — [and] I think that’s really exciting.”

The rewind button sat on a table near the front of the room, and every so often, the master of ceremonies (MC) would call someone from the crowd to step up and push it. Students cheered and clapped as the word “rewind” flashed on the TV until a new song came on. The MC continued to interact with the crowd for the rest of the night, keeping them energized and excited while helping the DJ.

Out of all the decades, ’90s and early-2000s songs were popular among students, as well as the most played. Ortiz said she was most excited for 2000s music due to the familiarity and memories associated with that time. However, she concluded that she most enjoyed ’90s music played at the dance party.

Van Allen also expressed that 2000s tracks were her favorite, although the crowd got excited about some throwbacks: The 1978 song “YMCA” and the 1982 hit “Thriller” by Michael Jackson, in particular.

In addition to the music and accompanying videos, snacks were offered. Schowalter said the purpose of bringing food was to give students a break to step away from the dance. On a long table outside the dance hall, a food and beverage bar featured everything from chips and brownies to Blue “Lilly” Lemonade — also known as blue raspberry lemonade.

Overall, Schowalter said the goal of the dance party was for students to get out and have fun. She added that she hoped students enjoyed the event and completed the post-event survey, which helps LAB plan events. Next on the schedule is movie night in Prochnow Auditorium Sept. 10.