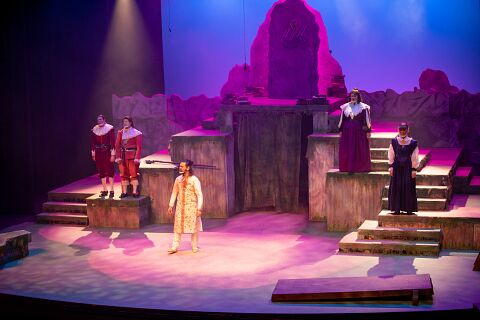 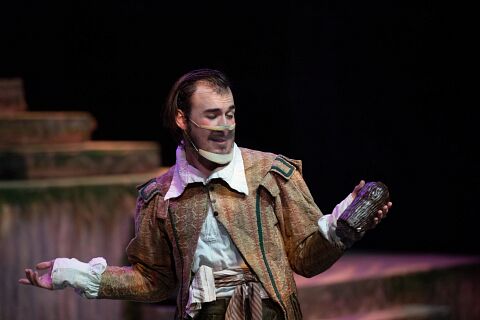 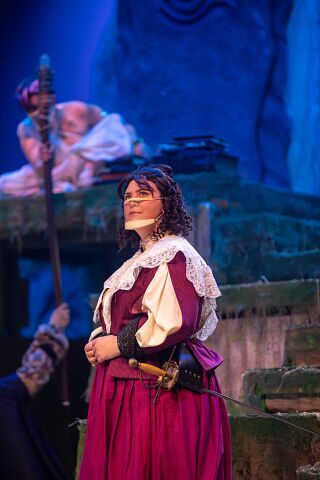 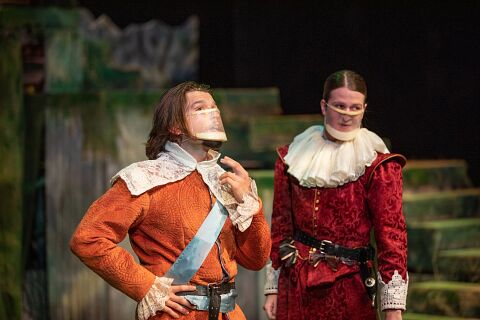 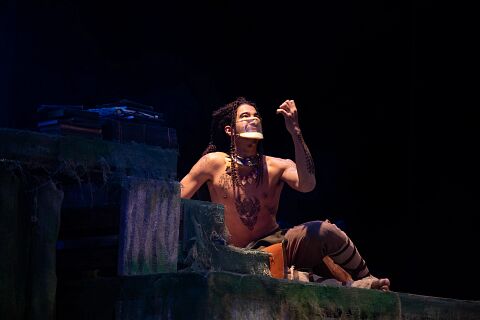 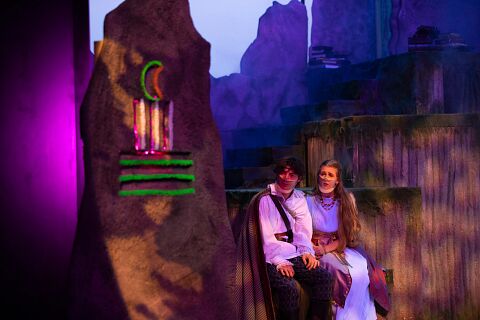 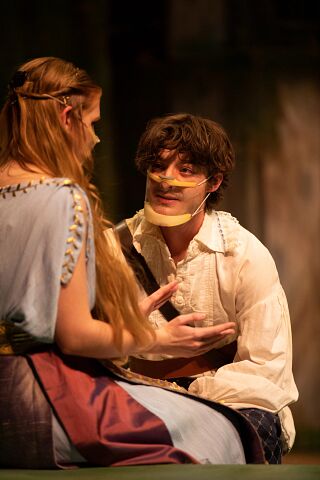 After being delayed two weeks, “The Tempest” finally saw the light of day, or in this case, the light of the stage. Opening night was originally set for Oct. 14, but was pushed back to Oct. 28.

Christina Gutierrez-Dennehy, the play’s director, said the show was delayed to accommodate health concerns in the department and ensure the whole production team had time to be healthy. She explained it was the first in-person production since February 2020, and everyone was excited to have audiences back to share this story of magic with them.

Last spring, the department decided to have “The Tempest” re-open live theater at NAU, Gutierrez-Dennehy said. Work was put into the production for months leading up to opening night.

“I spent last summer researching and preparing, as well as cutting the text,” Gutierrez-Dennehy said. “We had our first meeting with the design team the week before school started, and then auditions in the second and third days of the semester. We have been rehearsing ever since.”

Originally a work of Shakespeare, the story was adapted to become more inclusive and modern, and the current version does not glorify colonialism.

According to the playbill, “‘The [original] Tempest’ stages burgeoning English notions of whiteness and racial difference, ultimately vindicating its European characters while damaging its native ones.”

The playbill also stated the new anti-colonialist story uses Shakespeare’s text to center the voices of Indigenous islanders rather than colonizers.

Alexander Furash, a junior and dramaturg for the show, helped rework the play to tell this updated narrative. Furash said his role involved compiling historical research on the play and its themes, which began last semester.

“Over the summer, about halfway through, I was in contact with the director, and she told me both about the play and what the themes are in the play that she was interested in telling,” Furash said. “So, those themes dealt with race and colonialism.”

In order to provide information the actors could use, he also researched when it was written and set.

“We are using ‘The Tempest’ to explore early colonialism and its impact, and so I think because we live in a world that directly stems from that colonialism, I think that even though the language might be historical, the themes we’re talking about are inherently modern,” Furash said.

Gutierrez-Dennehy said in the original version, the native islanders were largely forgotten. Instead, her approach was to tell the story of those Indigenous characters, and to focus on them rather than Prospero, one of the Europeans.

“[Caliban] grew up on this island but got it taken away from him by putting his trust in the wrong person,” Montgomery said.

The show took place Oct. 28-31 at the Clifford E. White Theater. The second night, it began a couple minutes after 7:30 p.m. and ended at 9:30 p.m., with a 15-minute intermission scheduled halfway through the production.

Guests were checked in by ushers and, upon entering the venue, had the option of scanning a QR code to view the playbill. It featured the names of cast and crew, as well as a play description and a director’s note.

The theater was nearly full by the time the lights dimmed and the performance commenced. During the intermission, attendees stood, stretched and mingled about, talking about the first half of the show. A constant stream of chatter persisted, even as the lights died and actors retook the stage.

The crowd remained enticed throughout the production, laughing at funny lines and yelling in reaction to stunts. As the stage lights faded to black at the end, the sound of applause swelled and shouts echoed in the theater, lasting several minutes as cast members bowed and curtsied.

The cast left the stage, and the audience lights grew brighter. Purses were gathered and coats put on as the doors spread for the crowd exiting the theater.

After two more nights of successful shows continued through Halloween weekend, “The Tempest” wrapped up. The final production of the year, “Moving Through Grief,” is set to take place Nov. 18-20 at 7:30 p.m. and Nov. 20-21 at 2 p.m. Additionally, The One Act Festival is scheduled for Dec. 3-4 at 7:30 p.m. The Department of Theatre also already has several shows planned and scheduled for next year.