Skip to main content
You are the owner of this article.
Edit Article Add New Article
You have permission to edit this article.
Edit
Home
LJ in the UK
News
Opinion
Features
Culture
Sports
Multimedia
Gallery
PRINT EDITION
Search
1 of 9 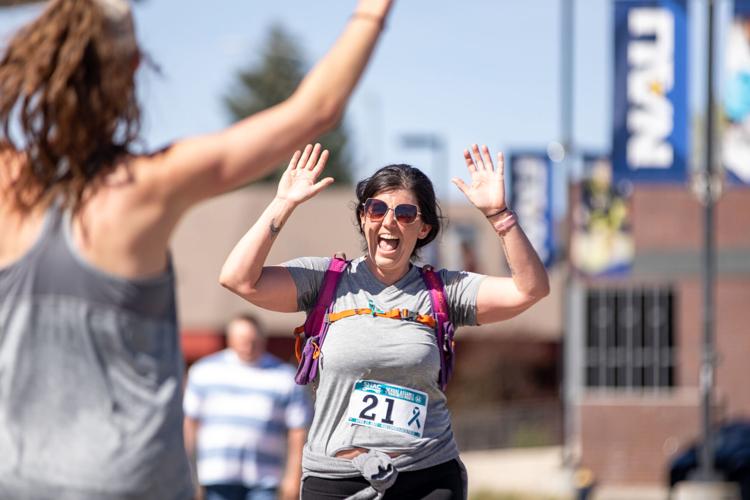 Runners hype each other up as they get closer to the finish line at the SHAC 5K, April 22. 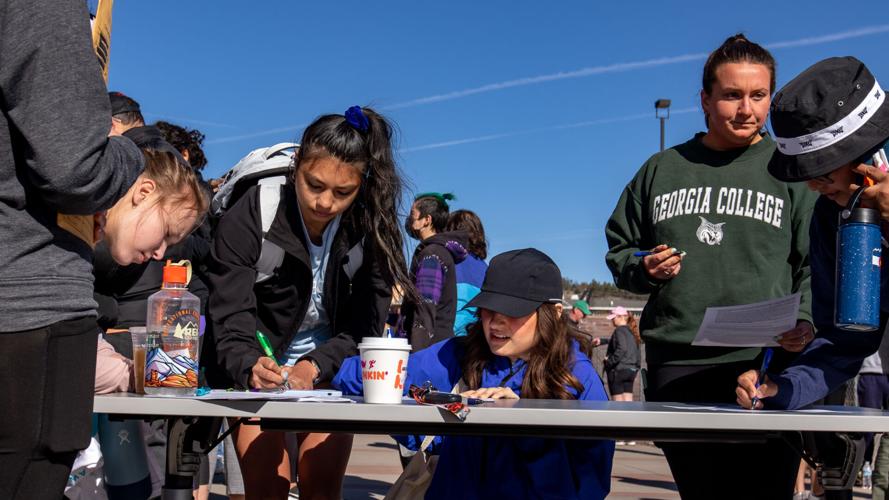 Contestants sign up for the SHAC 5K at 8 am, with the starting gun going off at 9 am, April 22. 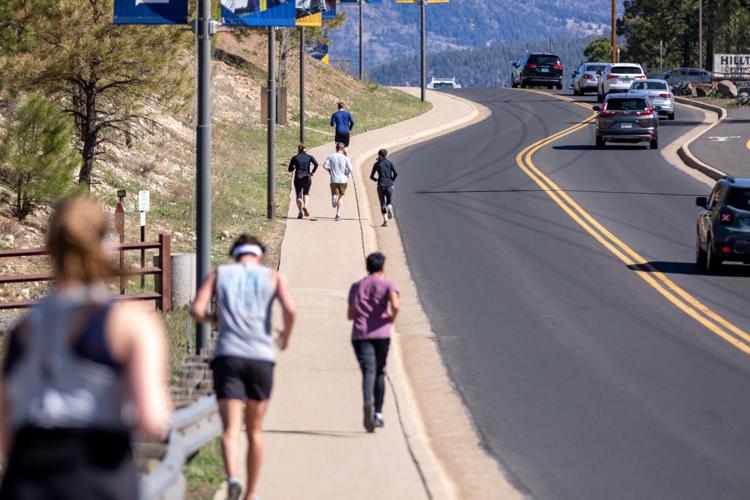 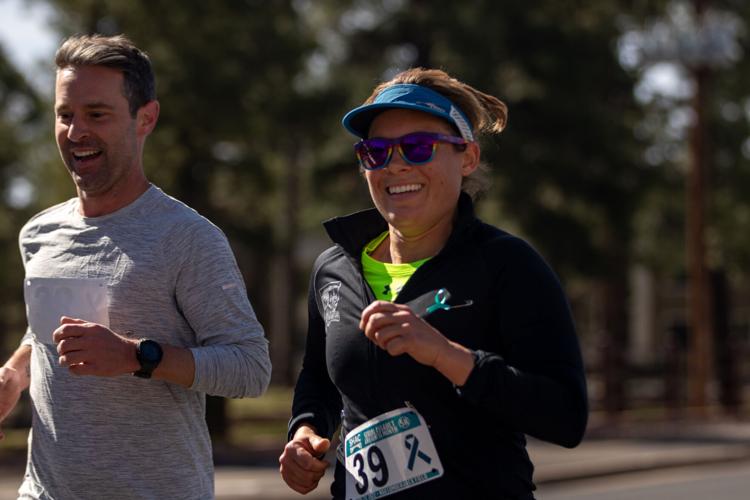 Carl Dindo and Erica Kragnessa smile as they run past the camera at the SHAC 5K, April 22. 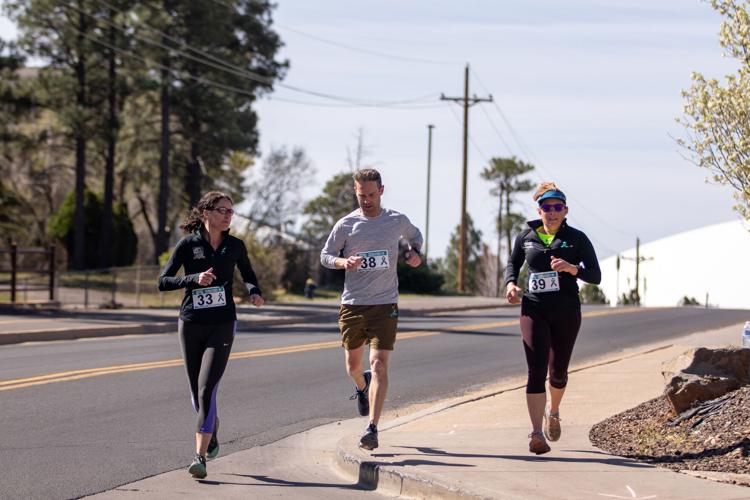 Megan Gavin, Carl Dindo and Erica Kragness run on the long stretch to the HLC, April 22. 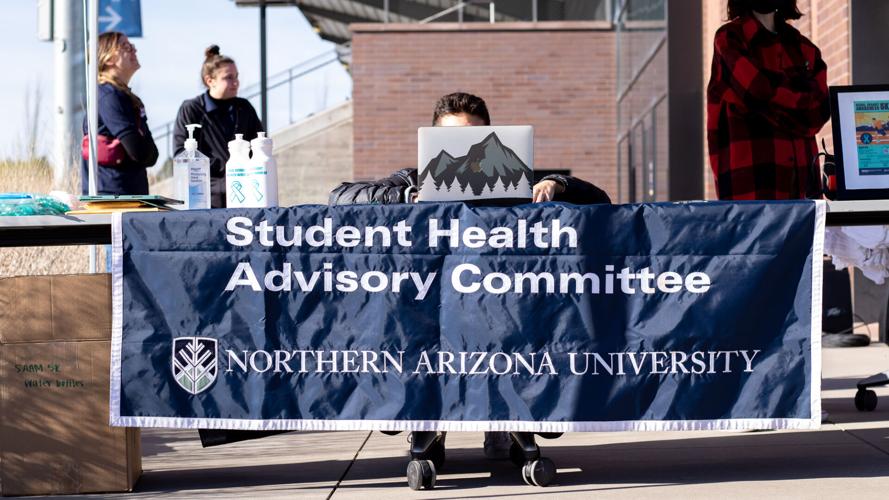 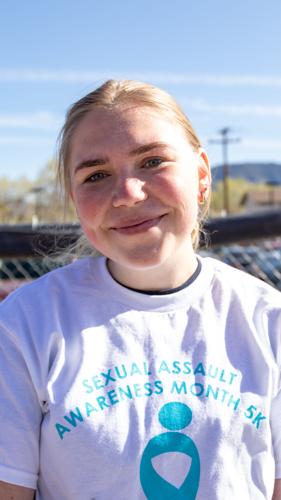 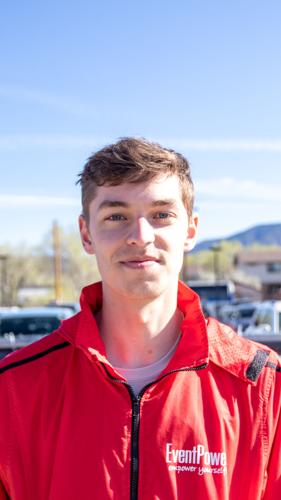 While visiting from Long Island, Nolan Vest ran in the SHAC 5K, April 22. 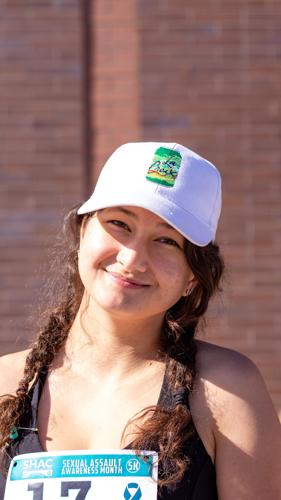 Runners hype each other up as they get closer to the finish line at the SHAC 5K, April 22.

Contestants sign up for the SHAC 5K at 8 am, with the starting gun going off at 9 am, April 22.

Carl Dindo and Erica Kragnessa smile as they run past the camera at the SHAC 5K, April 22.

Megan Gavin, Carl Dindo and Erica Kragness run on the long stretch to the HLC, April 22.

While visiting from Long Island, Nolan Vest ran in the SHAC 5K, April 22.

A group of students and community members came together April 23 to raise awareness about sexual assault, an issue that has become a topic of many conversations at NAU in recent years.

The Student Health Advocacy Committee (SHAC) collaborated with Northern Arizona Care and Services After Assault (NACASA) to organize the Annual Sexual Assault Awareness Month 5K Walk/Run. The event provided a chance for participants to exercise in the sunshine while learning about the services NACASA provides.

Beginning at Lumberjack Stadium, the racecourse took participants along a north and central campus loop. Individuals took the opportunity to improve their running time — achieving personal bests on the course. Others walked or jogged while holding conversations with those around them.

While the focus of the 5K was on a serious cause, the participants created a cheerful atmosphere and raised over $2,800 for NACASA. The event allowed individuals to share their experiences and support for sexual assault awareness.

Brooke Davis, the financial officer at SHAC and a member of the 5K initiative, said joining the club opened her eyes to how common sexual assault is in rural communities. Davis explained that NACASA does outreach programs with People of Color who are at higher risk for sexual violence.

Native Americans in particular are twice as likely to be assaulted than all other racial groups.

However, on campus, sexual assault is becoming increasingly prevalent, Davis said. “And even this past year, a lot of it was significantly underreported, and we’re just trying to bring more awareness this month.”

SHAC collaborated with various organizations across Flagstaff, including NAUPD, FPD, sexual assault cases on campus,” Davis said. “And even this past year, a lot of it was significantly underreported, and we’re just trying to bring more awareness this month.”

Brooke Fulton, NACASA’s program manager, spoke before the race began — educating the event’s participants about NACASA’s services and explaining the purpose of the 5K.

“It’s a gorgeous day," Fulton said. "We’re here to get some exercise, to socialize a little bit, but we’re also here to raise awareness."

She gave a brief introduction of what NACASA does. The program provides medical forensic exams to victims of sexual assault and domestic violence in Coconino, Navajo and Apache counties.

NACASA creates a safe place for assault victims — adults and adolescents — while outlining the next steps they can take. NACASA examiners provide medical care for victims and can offer forensic testimony in court, if necessary. These exams are time-sensitive and must be administered within five days of the assault, Fulton said.

NACASA is the sole provider in northern Arizona of these critical services, so it is important to get the word out, Fulton said.

“[Sexual violence] is a hugely pervasive problem on every college campus across the U.S.,” Fulton said. “One in five college women are sexually assaulted during their college career, but annually we see 25 to 30 NAU students.”

Fulton pointed out that — while women are statistically the most common victims — all people of all genders experience assault.

So, the number of individuals NACASA treats each year should be proportionally higher based on NAU’s demographics, Fulton said.

Because of this data disparity, Fulton recognized that not enough people know about NACASA’s services.

Fulton encouraged the 5K participants to remember NACASA and what it does.

“Keep us in mind,” Fulton said. “If you hear about a friend or a classmate or a colleague or an acquaintance who’s been a victim of sexual violence, be able to give that referral [to NACASA].”

While the participants were there for various personal reasons, Fulton said she hoped they would all spread awareness about NACASA’s support resources.

Nolan Vest, a visitor from Long Island, New York, searched for a running group to join during his time in Flagstaff and signed up for the 5K because he thought it was for a good cause.

“I’m hoping to gain a little information on just the topic in general and find out more ways I can contribute [to promoting sexual assault awareness],” Vest said.

He said he offers support by showing up and listening to people who have encountered an assault experience. Individuals with those experiences have a better idea of how to raise awareness and should be heard, Vest said.

Raegan Smith, a sophomore majoring in elementary and special education, has firsthand experience of the fear a potential assault can generate. Smith participated in the 5K to show her support for others because she knows what it feels like to be sexually harassed.

“I hate that other people go through that,” Smith said.

Her takeaway from the 5K was knowing that her participation helped spread awareness. She said it's hard to contribute financially to the cause on a college student budget, but she helped NACASA raise money by running.

Kelly Sherf, a registered nurse in the Flagstaff area, offered advice about running alone and safety tips for other runners. She said she joined the 5K to get more into social running and avoid running by herself all the time.

She does not run at night because of the danger it poses, Sherf said. She cited the lack of streetlights and the presence of reckless cars as risk factors for night running.

“Make sure you have some kind of cell phone — something on you — just in case something happens,” Sherf said.

She mentioned that carrying mace to protect against other people and animals can help runners feel safer.

Junior Morgan Smith participated to have fun while promoting awareness about sexual assault. Her friend encouraged her to sign up, and Smith thought it would be a great running challenge.

“Even though I’m not running my fastest or getting first place, I’m still here,” Smith said. “I’m still showing up [and] trying to support in any way that I can, and I just hope to have a good time.”

She spoke about what she believes Flagstaff can do to improve its sexual violence support. The community needs to offer a safer atmosphere, because its college town environment can be scary for people new to the area, Smith said.

“I think creating a safer space where people can feel more protected and [know] they have a safe space to talk about what happened to them or someone else and not feel like there’s going to be anything attached [is important],” Smith said.

“If I could ask a favor of you, remember who we are — remember what we do,” Fulton said. “Every single person here today has been affected by sexual assault, whether you realize it or not.”

Fulton emphasized that statistically speaking, there were likely many survivors in the 5K crowd and thanked everyone for attending.