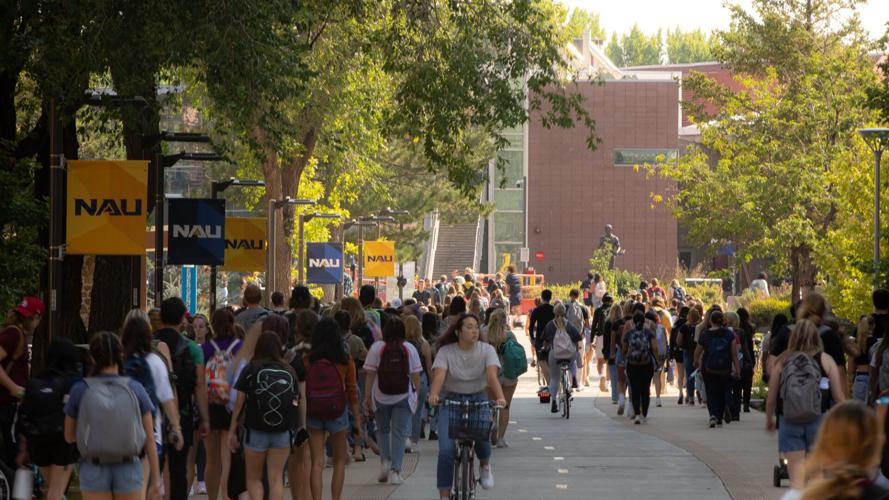 Students commute between classes on the pedway, Sept. 10. 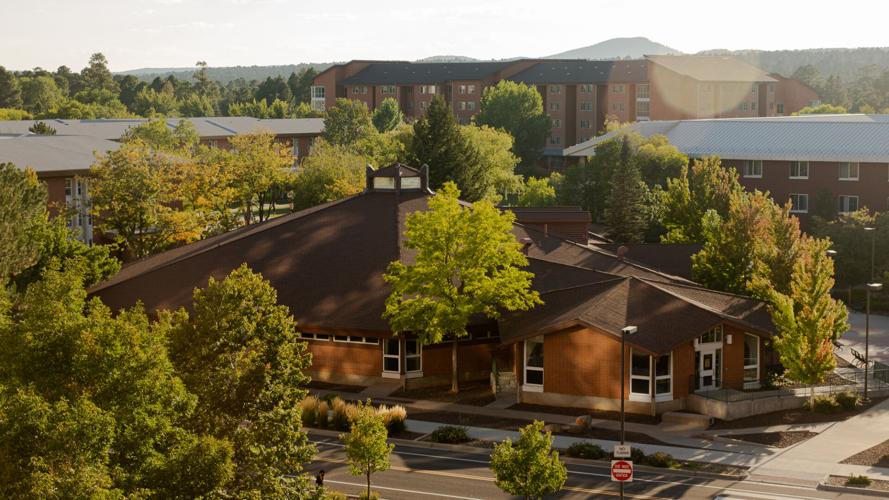 A birds eye view of the Gateway Student Success Center is shown, Sept. 10. 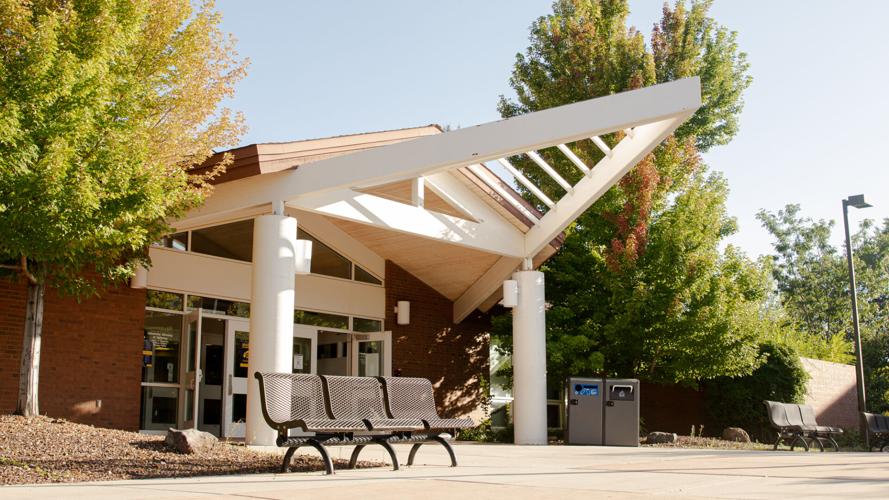 Students commute between classes on the pedway, Sept. 10.

A birds eye view of the Gateway Student Success Center is shown, Sept. 10.

The effects of COVID-19 were felt across the globe, although many people are still dealing with widespread repercussions. Quarantine proved to be both beneficial and harmful for many individuals, in a variety of different ways. College students rapidly transitioned into remote settings, wherein work and learning were done from home.

For some students, this lockdown provided a space for reflection and contributed to considerable alterations in their educational paths. From smaller changes, like adding an emphasis or undergraduate certificate to bigger adjustments, such as switching from one major to another, many campuses have seen students adapt their plans.

There were many factors for students who modified their studies, but for some, the economy played a part. Shortly after the start of the pandemic, the U.S. entered a COVID-19 induced recession. Pew Research Center concluded this sudden downturn caused unemployment figures nationwide to increase by 14 million and, within a few months after government-mandated lockdowns, to reach 13%. Compared to the great recession of 2008— when unemployment was recorded at 10.6% — the COVID-19 induced rate is 3% higher.

With the economy struggling, some students altered their plans due to job security concerns after graduations.

Many questioned whether their current majors would produce job opportunities in what CNBC called “one of the worst job markets” in over a decade. This type of environment led students to look into careers such as health care, public safety and teaching. When the economy is unsteady, these professions tend to be safer options.

Junior Ashley Lissy is a special and elementary education major. As one of the students who did not consider changing their major through the course of the pandemic, Lissy said she felt lucky. Meanwhile, she mentioned her comfortability with job security after graduation.

“I am a part of the Praxis program here, and it is set up to help us get job opportunities right after college,” Lissy said. “I know there is a teacher shortage, and I know a lot of teachers quit due to having to work online. I do feel like [teaching] is COVID proof because school is starting to open up.”

Yet the economy is not the only factor contributing to the surge in academic shifts among college students. When classes moved to an online environment, some discovered they lacked true passion within their majors. This vast change in teaching methods opened some students’ eyes to different feelings regarding their courses, especially compared to earlier perceptions.

Junior Sanaa James is a biology major with a criminology minor. Entering her third year at NAU, James said she decided to focus more attention on her criminology minor. She also explained that learning in an online format made retaining information a lot harder and, in the end, felt like she had to teach herself a lot of the material — resulting in a loss of passion.

“The pandemic opened my eyes to other ways I can contribute to our society, because I truly got to see how broken and misinformed we are as a whole,” James said “ I haven’t decided if I will go to medical school after graduating, but seeing all the commotion and push-back surrounding mask requirements and the distribution of vaccines was really frustrating.”

Students such as James made no changes to their degrees. While this group may have chosen to shift in focus or add a minor, others made unusual leaps from one major to another. At NAU alone, enrollment centers saw shifts in their undergraduate programs.

According to enrollment statistics, the university currently offers ninety-five undergraduate programs, which are ranked by enrollment and experienced significant shifts after the start of COVID-19. While biomedical science remained at the top of the list, as it had since 2017, other programs such as nursing gained students.

Some deviation in enrollment rates may seem trivial, as shifts between programs occur frequently from year to year. However, fluctuations of approximately 100 students into or out of a program is noteworthy, and studies like biomedical science have gone through considerable change compared to a year earlier.

Along with causing psychological setbacks, quarantine also facilitated conversations about mental health. Psychological sciences, which had not made the list of top undergraduate programs for over 14 years, jumped to fifth place in 2020. In the wake of the pandemic, counselors and researchers were in high demand, so much so that careers rooted in the department are recognized as safe options for students.

Junior J’von Leong is one example of a student who changed majors after the pandemic struck. During his freshman year, Leong was a social work major. However, after his third semester in college, Leong made the decision to switch degree programs after being online for a semester — he is now a fitness and wellness major.

Leong said he hopes to enter a career in sports psychology, which combines his love of sports with a way to help others and their mental health. He explained his new major is rooted in the regularity of mental health as a topic over the last year.

“Pre-pandemic I wanted to help out people in need,” Leong said. “After seeing the effects of the virus, I’ve found another way to do that. I believe that a lot of people began to realize how important mental health is during the peak of the pandemic because of the great amount of time we had to spend isolated from each other.”

Whether college students have shifted focus in their studies, or changed majors altogether, one thing can be said about the COVID-19 related change experienced among campuses in the U.S: There are a few-side effects worth celebrating. With all the repercussions of this pandemic, college students across the country are making adjustments in order to feel comfortable in and excited for their studies.