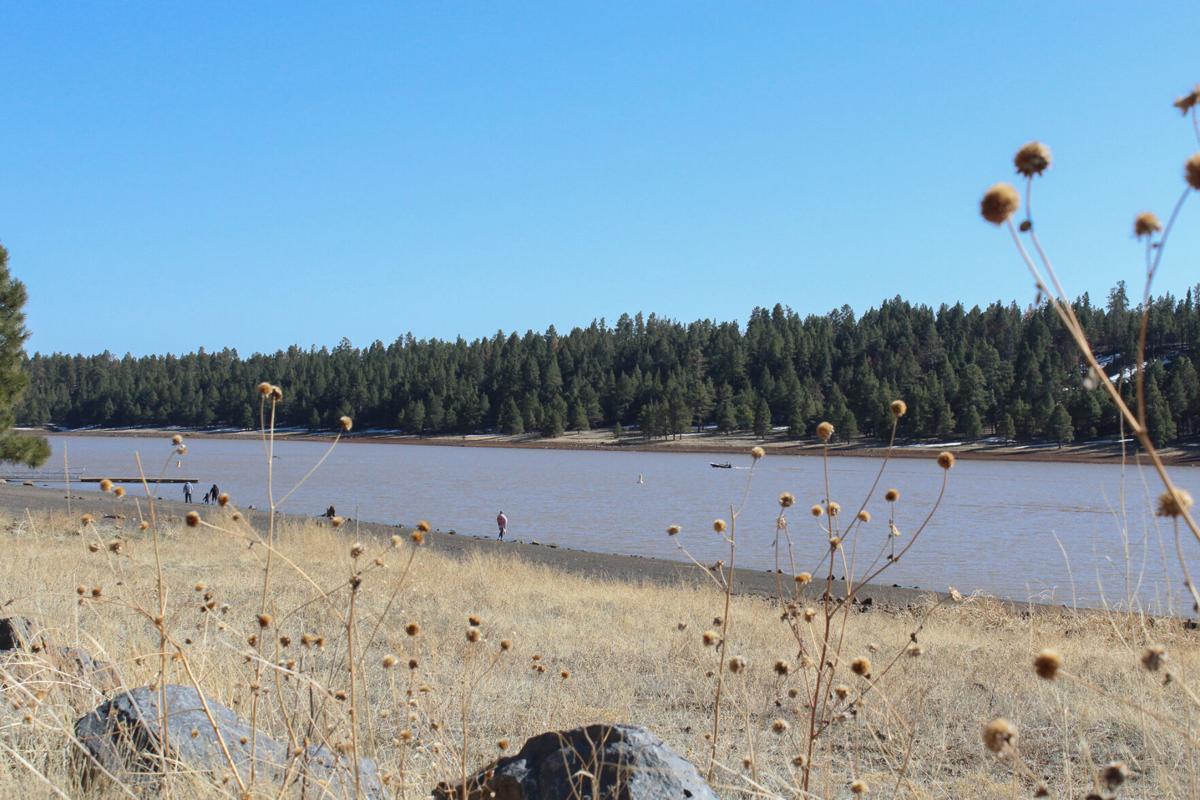 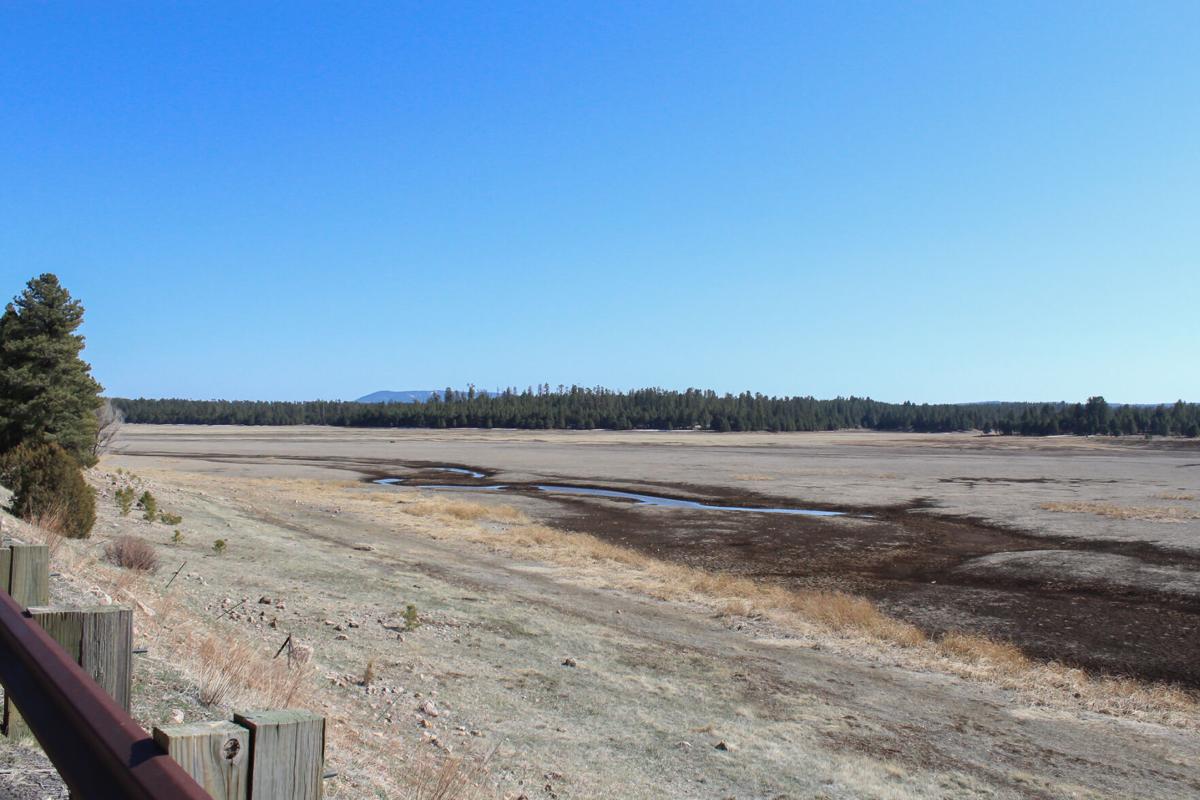 As of recently northern Arizona has been working out future endeavors in the conservation of local water, March 31. 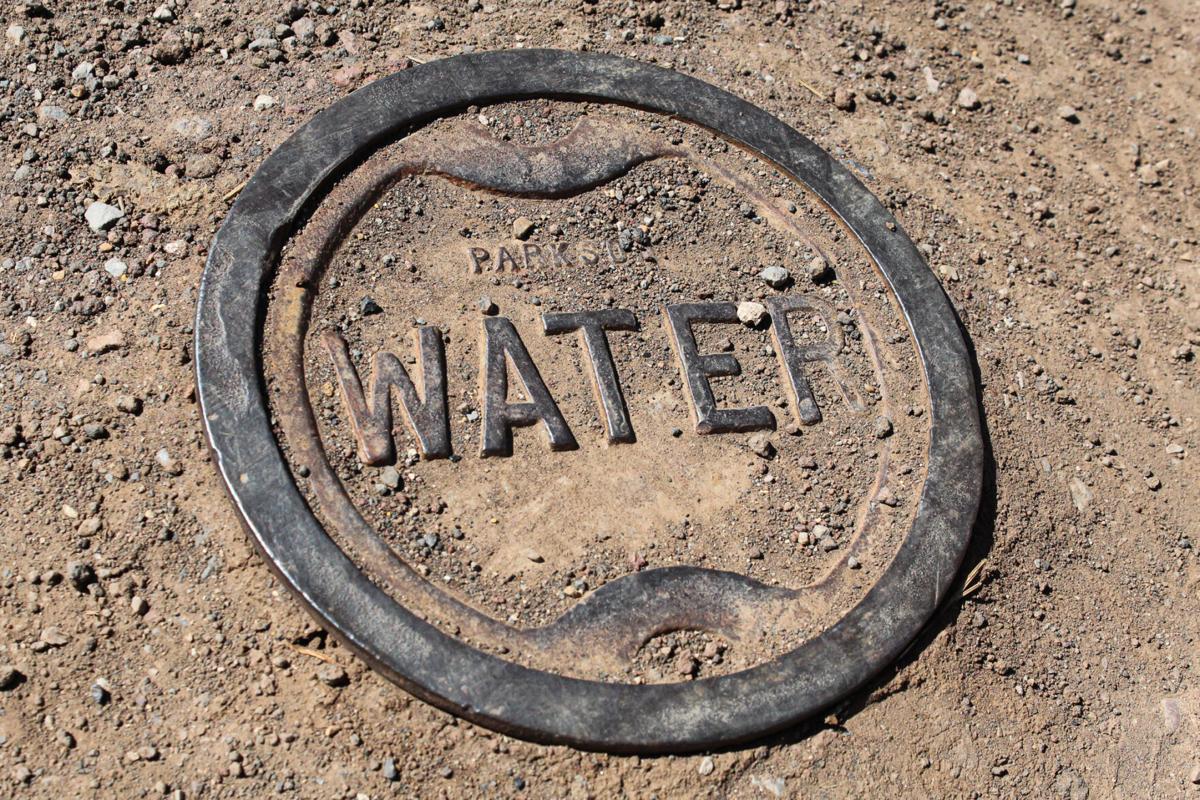 An entry for a water pipe rests on the ground outside of Buffalo Park, March 31. 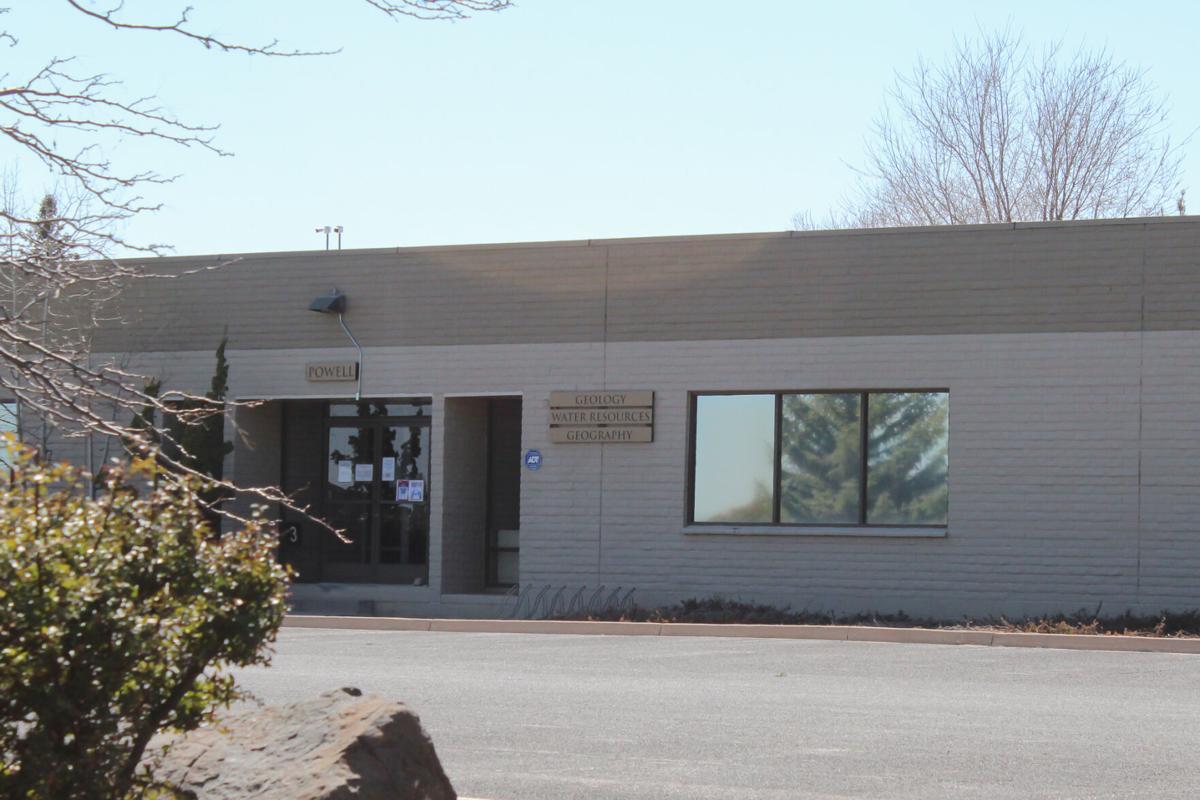 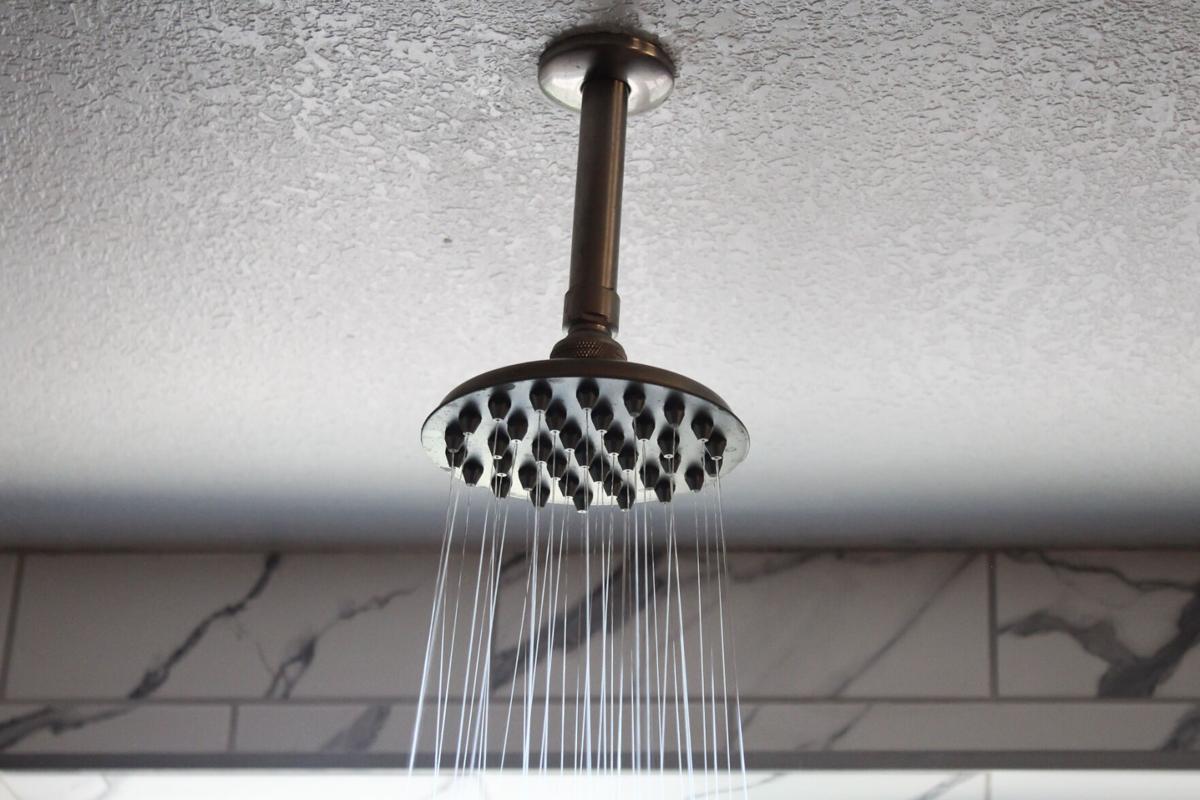 As of recently northern Arizona has been working out future endeavors in the conservation of local water, April 4.

As of recently northern Arizona has been working out future endeavors in the conservation of local water, March 31.

An entry for a water pipe rests on the ground outside of Buffalo Park, March 31.

As of recently northern Arizona has been working out future endeavors in the conservation of local water, April 4.

The western United States is known for many of its great, natural resources. Bodies of water like the Colorado River are well-known for the vast amounts they contain and the striking beauty of their nature. Even locally, Flagstaff has Lake Mary and the Rio de Flag, which flows part of the year.

But for all its water, the western U.S. has a significant and growing issue. Denielle Perry is a water resource geographer and assistant professor with the School of Earth and Sustainability at NAU. She explained the East Coast has more water per capita, but statistically people in the west use more water than people in the east, even though there’s less in the region.

This is an example of one of the largest issues at play: the harmful combination of a downward trend in resources and an upward trend in consumption. Perry said regionally the biggest problem is the fact that the Colorado Basin supports millions of people, while climate change is affecting the water availability.

But even when compared to the growing population, industry continues to play a massive role in water supply issues. Perry explained that for the Colorado River, irrigated agriculture and the cattle industry are heavy users of its water. This massive siphoning-off has ramifications for both people and the environment. With a more limited supply, she explained that water rights have become controversial, fish species native to the river have become endangered and down-river environments like the Sea of Cortez estuaries have been damaged.

“[Agriculture and industrial overuse] makes the rest of what goes on in the river unsustainable,” Perry said. “Ultimately, we just think that water is just endless and unfortunately it’s not. It is a finite resource, even though it’s renewable.”

In a place like Flagstaff where agriculture is not as prevalent and river water is not a major source of municipal supplies, the city is far from exempt from resource issues. Perry said Flagstaff is growing and the environment was never meant to sustain a large amount of people.

“Thanks to modern technology, we can sustain a larger population, but not endless growth,” Perry said. “So we need to be careful about how the city grows and the types of technology that we have, and we need to encourage the people who live in the town to use less water.”

Perry said her opinion is that the city of Flagstaff is sufficiently forward-looking on water issues and takes an active role in educating the public and raising awareness. However, the classic push and pull between conservatism and industry, just like that of the agriculture and cattle industries along the Colorado River, still remains.

Perry pointed to developers in particular and explained how they are highly important for integrating water-conserving infrastructure and technology, but are often the least supportive when it comes to environmental measures that affect their bottom lines.

“The challenge is that there’s always the competition between those people who want to do everything they can to protect and conserve water, and those people who are developers,” Perry said. “Developers don’t want to have to invest in the latest and greatest because it might cost more. They don’t want to spend the most on building the most green, sustainable infrastructure because it cuts into their profit margins. So it’s usually developers that are the ones pushing back against any type of progressive policy that a city would try to implement in its building codes.”

“Current and previous city councils have always elevated water supply and the future of our water supply as a priority,” Young said. “They’ve always been supportive of developing new policies or taking actions to protect our water security.”

Young explained even though Flagstaff is considered rural Arizona and is outside of the state’s active management area where certain water plans are imposed on localities, Flagstaff has voluntarily opted in and participates in a program called the Adequate Water Supplies Program.

As for the city’s water supply itself, it uses a mix of sources, though predominantly water from Lake Mary and a collection of ground wells in and around Flagstaff. However, Young said the water at Upper Lake Mary is prioritized over other groundwater sources.

“At least in water management, surface water is seen as a more renewable resource,” Young said. “We want to utilize surface water as much as we can, while leaving some for the environment and several subsequent years.”

This prioritization of surface water is due to practical reasons and concerns over the long-term viability of pumping groundwater. Young said Upper Lake Mary is Flagstaff’s cheapest water supply, whereas pumping groundwater from around 1,800 feet below can be expensive.

While Flagstaff’s local groundwater is contained in what is called a fractured rock aquifer, something that has less of a risk of collapse and is generally rechargeable or renewable, Young said the city prefers to limit its use of the resource and treat it more like a savings account than a prioritized supply.

In order to limit the use of groundwater supplies, Young explained the city draws on reclaimed water for certain uses. She said it provides 20% of the water supply to the entire city through irrigating the golf courses and parks.

In addition to reclamation, conservation also plays a significant role in preserving Flagstaff’s local supplies both currently and in the long term.

Tamara Lawless, the Flagstaff water conservation manager, said in many respects conservation comes down to a cost-saving measure. By limiting and lowering the amount of water consumed per person, the city can delay or eliminate the need to invest in costly infrastructure projects like additional reclamation facilities or a pipeline that would bring in water from more distant sources, even as the city continues to grow.

A significant part of Lawless and the conservation program’s work centers around awareness. She said their outreach has involved a variety of approaches in the past, such as tabling in public spaces, making appearances at events and generally finding different ways to engage and inform the public, whether by distributing educational materials or giving away free high-efficiency showerheads. The program’s outreach efforts are especially active during the month of April, which is being celebrated as Flagstaff’s Water Awareness Month.

However, Lawless explained technology is a much more easily measurable and likely effective tool in conservation, especially as it relates to future planning and figures that officials can rely on.

In addition to the fact that people’s consumption habits play a real role in conservation, she said a big part of it is maintaining the local culture of sustainability and continuing to instill the importance of individual action. Lawless said the conservation program puts a lot of emphasis on public outreach.

All the city’s actions and future plans for conservation culminated in the Water Conservation Strategic Plan, an agreement approved by city council Dec. 1, 2020 that seeks to ensure the best approach for conservation actions well into the future.

Lawless said that in large part, the plan is a refining effort. It sought to examine various current programs and possible future programs, ensure they all assist in saving the city money and meaningfully contribute to long-term needs.

“We were able to decide which things we were going to sunset and which things we’re going to expand,” Lawless said. “So really, I think it’s just a way for us to plan out where we need to be putting our money and our staff time over the next 20 years to make sure that we’re getting good water savings for our town.”

Among many things, the plan provided a cost-benefit analysis of the programs currently in action, examined the role conservation can play in planning and discussed how the implementation of plans will occur.

Overall, the future of stable water resources is only as secure as officials and members of the public are willing to carry out essential policies and actions, and challenges abound both locally and regionally. As policymakers and officials in Flagstaff have made this stability a stated priority and taken actions to address current and future concerns, all that remains to be seen is how carefully these plans are carried out and if they truly meet Flagstaff’s water needs.