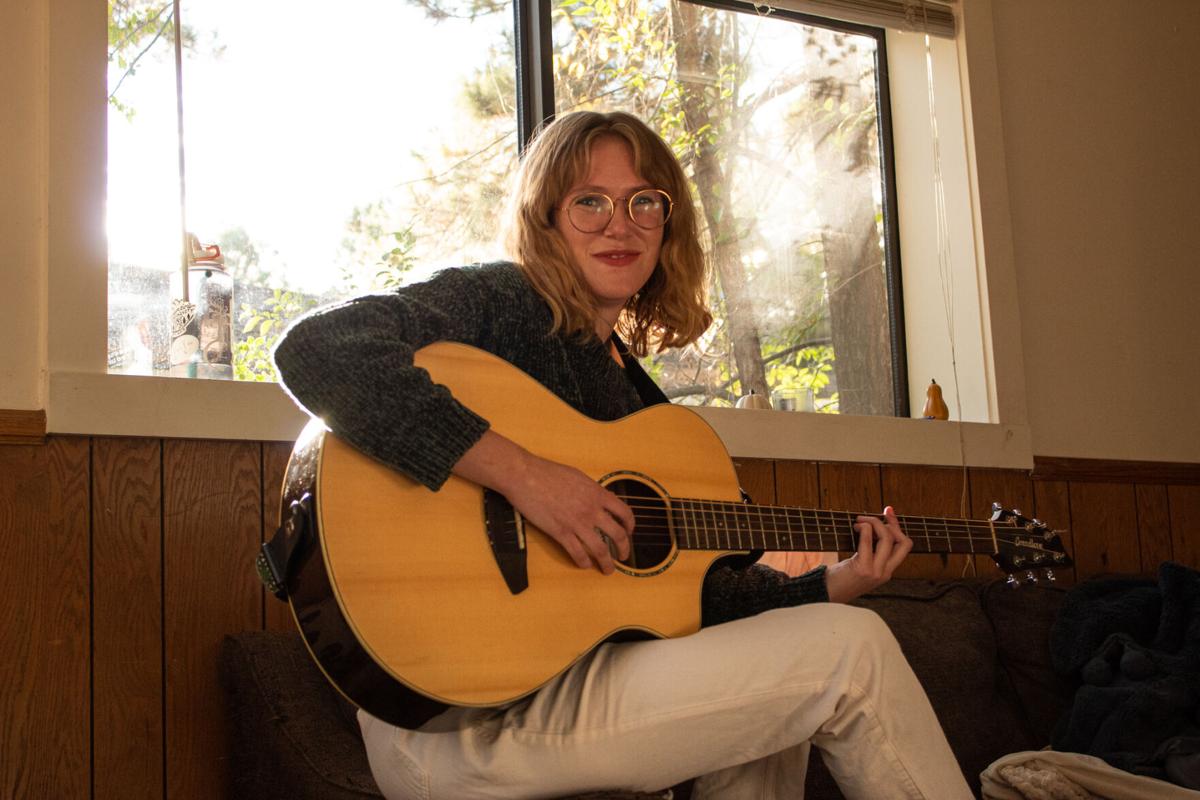 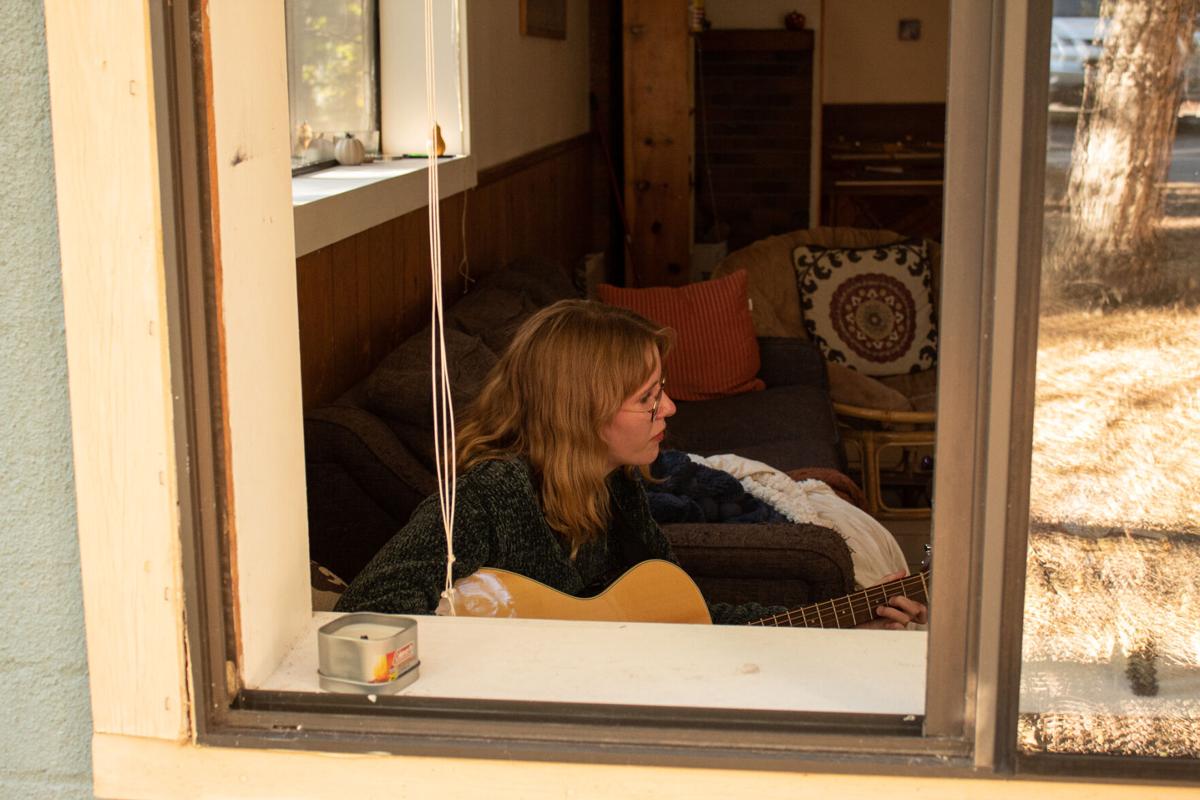 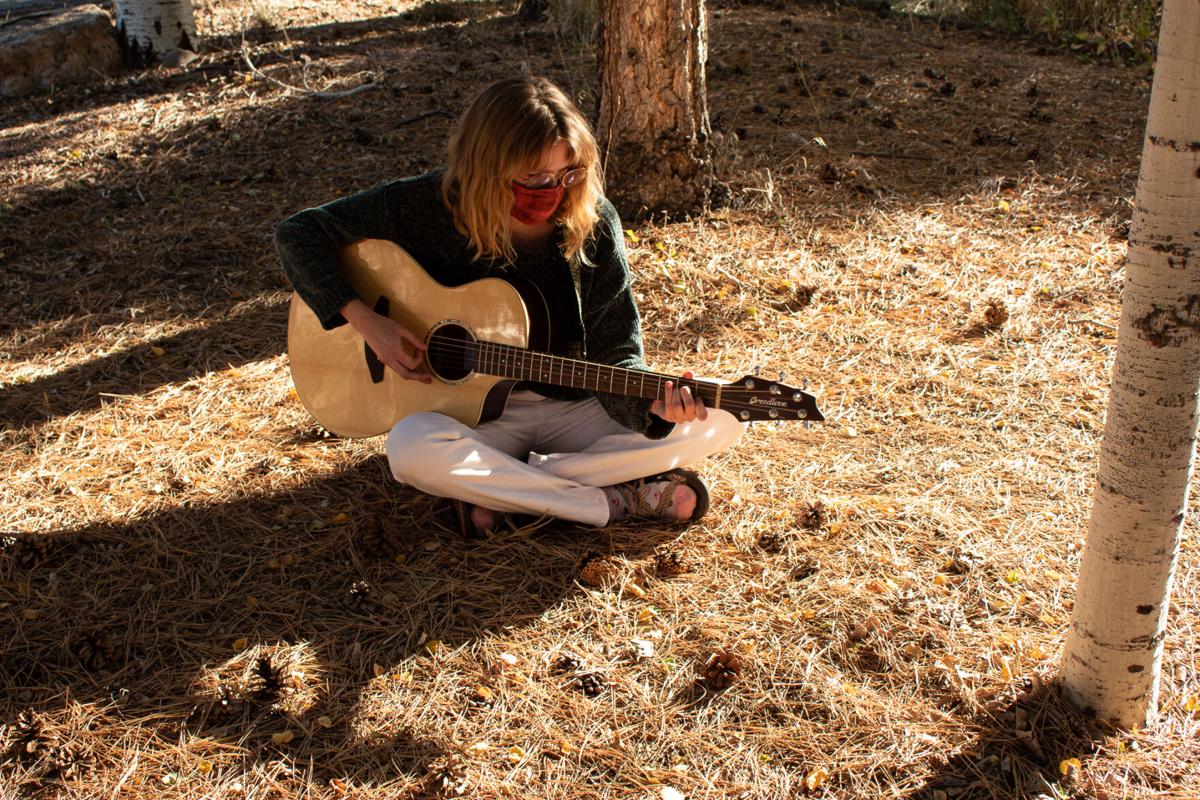 From writing her first song at 15 to releasing her album, “Breathing in, Breathing Out,” music occupies a special portion of junior Sierra Bryan’s life. Bryan’s indie-folk, yet still genre-convergent album hosts songs, which tell stories of her experiences living in Flagstaff and processing complex emotions that come with being a college student. Those who know Bryan said the album itself is a testament to her personality, and the accomplishment of releasing an album in college is a hallmark of her passion.

Bryan said she grew up loving music and has been learning how to play since middle school. However, she said she hadn’t seriously considered pursuing music until she was given the option to write a song in order to make up for a low score on an assignment in a high school English class. Ever since, Bryan started songwriting and taking her music more seriously, which led her to make friends with other musicians when she came to NAU.

Some of the musicians Bryan met included Flagstaff band Tow’rs. The band owns a recording studio and invited Bryan to record there.

“I recorded a song for free in February 2018 and it turned out really well, and I was just super surprised because I didn’t think that I could actually put out something like that,” Bryan said.

With her single “Watercolors” recorded, Bryan said she was motivated by herself and others to keep going and make a full-length album. Taking advice from Tow’rs, Bryan turned to Kickstarter, a crowdfunding platform for creators, in order to finance the recording and production of the album. She ultimately fundraised $4,800 to put toward creating “Breathing in, Breathing Out.”

Bryan explained that the opportunities came to her, which seemed like a sign that putting together an entire album was something she had to do.

“It was kind of serendipitous,” Bryan said. “I didn’t really go out looking for it, it all just kind of came into my lap which was super nice, but once it was there, I was like, ‘OK, let’s actually do this.’”

However, the recording process turned out to be a lot of work, Bryan said, especially when it had to be balanced with school. She explained she was driving back and forth between the studio and campus and sometimes had to skip classes in order to record. Bryan said if she wasn’t in school, managing time while recording would not have been so difficult, but all in all, it was worth it.

While the opportunity to record came to Bryan unexpectedly, her roommate, senior Brooke Apana said the overall process of creating “Breathing in, Breathing Out,” took years. Apana explained she played guitar parts for a few of the songs on Bryan’s album. She said it was interesting to be able to spend time in the studio with Bryan and see how the recording process worked.

However, Apana explained that the work Bryan put into the music started years ago, outside the studio. She said she would hear Bryan playing the songs on her guitar and singing them in her room. As Bryan’s roommate, Apana heard the songs evolve from their simplest versions to what they are now.

“Sierra put a ton of work into the album, dedicating years to writing these songs and then dedicating hours to finally recording them,” Apana said.

When Bryan thought the recording process was finished, she had 10 songs for “Breathing in, Breathing out.” Though a babysitting gig for one of Tow’rs’ band members bought her an extra song on the album: “Mountain Song.”

Bryan explained she was also lucky in that she finished recording all her songs before the quarantine hit in March. Additionally, COVID-19 made it so Tow’rs were unable to go on tour when they were scheduled to, Bryan said. So, the musicians were able to get the post-production process done quicker and get the songs back to Bryan before she anticipated.

The quarantine also gave Bryan more opportunities to finish putting the album together, she explained. Bryan said social distancing worked to her advantage, as she was able to have more time to look into finishing touches, such as designing an album cover, uploading all her files, creating a website and putting together her Spotify page.

While the release date for “Breathing in, Breathing Out” would normally have been pushed up because everything was finished early, Bryan said she pushed it back due to the Black Lives Matter movement.

“I recognized that there’s a time to take up space and there’s a time to not,” Bryan said. “So, I held back a lot during summer because I understood that it was time to make space for other voices during that time, specifically Black voices in the music industry or even just generally around social media.”

“Breathing in, Breathing Out” officially released Aug. 20 and former NAU student Logan Sager described it as a folk album that’s much more accessible to the general ear. Sager was in a band with Bryan called Glazed Jeans in 2018 and saw some of the earliest versions of the songs on Bryan’s album. He said Bryan’s songwriting keeps folk instrumentation centered, but she also spices the music up with her personality and charm.

“‘Breathing in, Breathing Out’ is a lovely fusion of indie, folk and pop,” Sager said. “It sounds like you’re blissfully driving down a forest highway with the windows down.”

Apana said the album has both slow and upbeat songs for listeners to enjoy, and said the collection is beautifully put together. Though finding a cohesive theme for the album is something Bryan said she struggled with.

Bryan said her songwriting mainly involves her using music as a way to process emotions. She said when she’s impacted by an experience, she feels she needs to sit down and write about it. Regardless of whether it’s a breakup or coming back from an amazing hike, Bryan said whenever she’s overwhelmed with an emotion — good or bad — she feels compelled to write about it. Bryan said  understanding that the element of processing emotions was what brought the album together.

When it came down to figuring out a name for the album, Bryan said she drew inspiration from her song “At the Party.”

“It was about an experience I had at my first college party,” Bryan said. “I was super nervous, and I hadn’t really been to a real party before, and what got me into settling into my own skin was understanding that everyone else is just here. They’re all humans, not these big, scary others. Everybody is experiencing things. Everyone’s escaping from something else, whether that be homework to worry about, or if they’re dealing with things, this is our defense and our way of just calming down. We’re all just humans, breathing in and breathing out.”

Bryan classified the album as a combination of the indie, folk and rock genres as she draws inspiration from Maggie Rogers and her mentor band, Tow’rs. However, Sager said the album is very characteristic of Bryan. He said he hears Bryan’s personality and mannerisms in her lyrics, which he described as tongue-in-cheek and goofy, especially in “At the Party” and “Weird Vibes.” Though, he also said one can hear her melancholy side in songs like “Smile” or “Watercolors,” as they express her less positive, yet still important emotions.

“Sierra’s passion has truly gone into this album and it serves as a magnificent reflection of who she is,” Sager said.

The album is worth listening to, Apana said, as Bryan has a beautifully soothing voice and compellingly relatable lyrics. Further, Apana explained she especially loves “Breathing in, Breathing Out,” because of the familiarity of hearing her friend’s voice and knowing what the songs are about. Though Apana said anyone can appreciate Bryan’s music, especially because of her honesty and vulnerability.

“She is very honest about how she feels in her songs, even if those songs are about someone who will eventually hear the song and knows it’s about them,” Apana said. “I really love that about her songwriting, and it shows that she’s not afraid to be completely honest and vulnerable through her music.”

For those interested in listening to Bryan’s album, “Breathing in, Breathing Out,” it can be found on major streaming platforms including Spotify, Amazon Music and Apple Music.