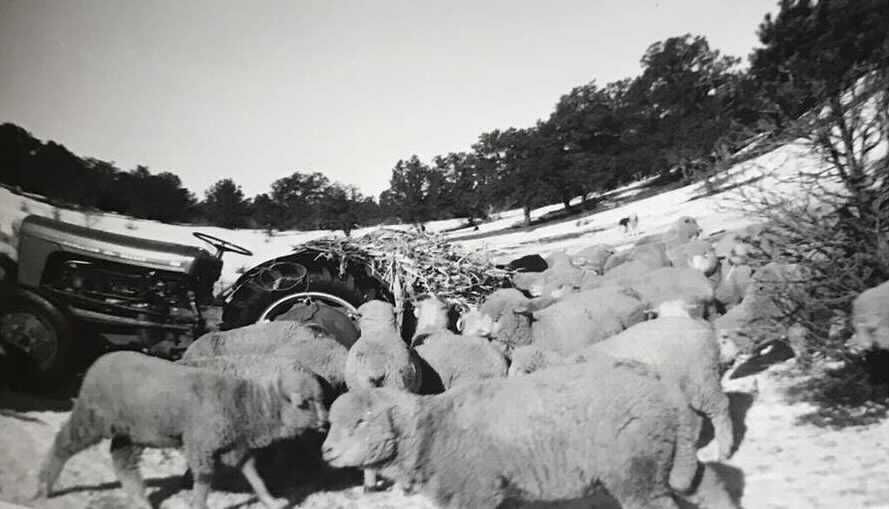 Sheep circle around a trailer on the Navajo Nation reservation in northern Arizona, 1962. 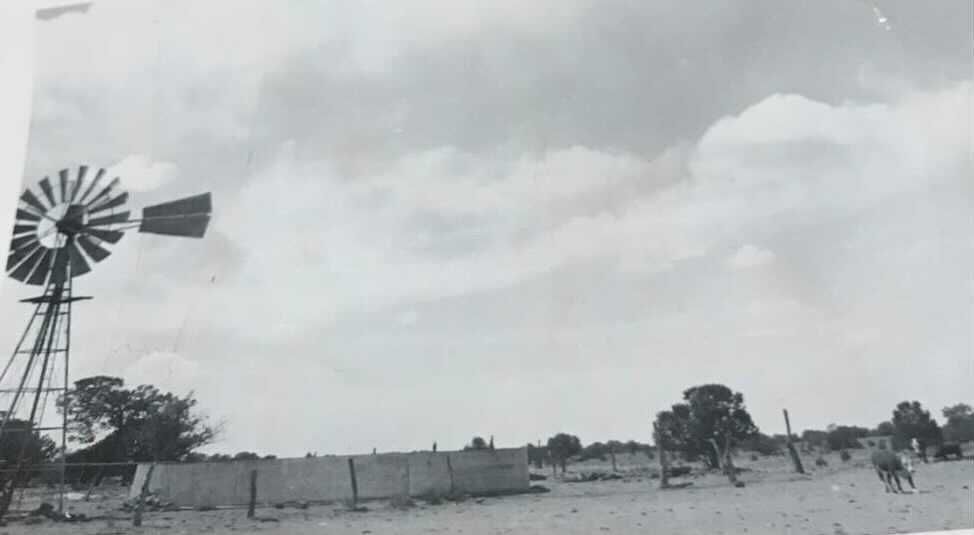 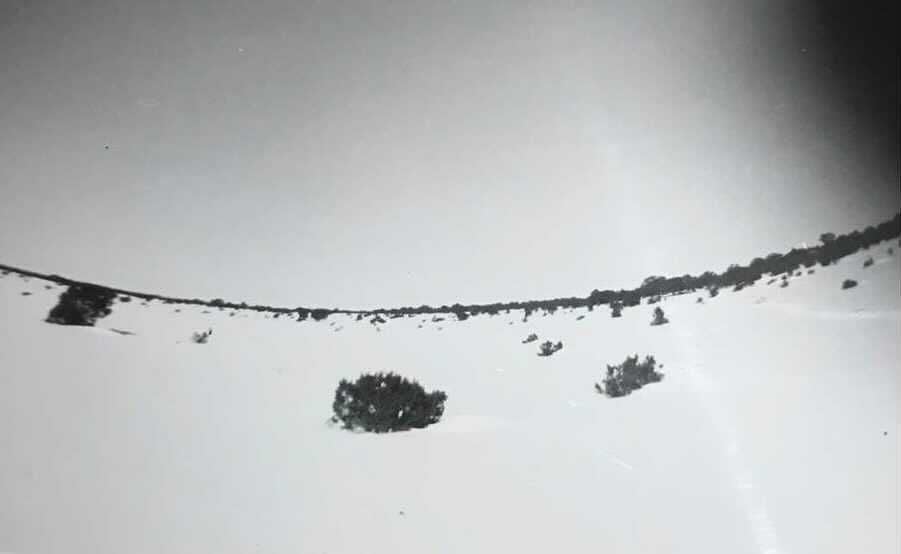 Snow covers the ground on Navajo land in 1962.

Sheep circle around a trailer on the Navajo Nation reservation in northern Arizona, 1962.

Snow covers the ground on Navajo land in 1962.

Climate change is not a new problem. Activists, politicians and the general public have discussed it for years. However, the changes are becoming increasingly noticeable and affecting the world more and more each day. Though some communities are influenced more than others, Indigenous people living on reservations are being impacted in different ways.

According to the United Nations, climate change is noticeable through temperature increases, intense droughts, water scarcity and melting ice caps, to name a few indicators.

In northern Arizona, these issues are apparent. Flagstaff’s Climate Vulnerability Assessment stated climate change can affect residents, as well as the environment, in a variety of ways. The community will experience larger and more frequent fires, floods, beetle infestations and invasive species, along with depreciated forest health. More wildfires, drought and flooding can make water a scarce resource, in addition to impairing its quality.

Indigenous communities around Flagstaff and northern Arizona are also facing the effects of climate change. On the reservations, their way of life is being threatened.

Junior Sarah Chatter, who is studying public health and pursuing a minor in applied Indigenous studies, has moved back and forth between the reservation and Flagstaff. Her childhood revolved around growing up on the reservation, though she attended school in town.

To this day, she and her family haul water for drinking, cooking, cleaning, growing crops and taking care of animals. Chatter said she has noticed the effects of climate change both on and off the reservation.

“As a student on campus, I experience the change, although I’m an hour away,” Chatter said. “We have many medicinal plants that serve various purposes and this year, those plants either have not grown at all, or the selection is very sparse.”

She explained the wells surrounding her paternal grandparents’ homeland have dried out, so their animals need water hauled weekly. This is especially difficult due to regulations the Navajo Nation implemented to limit the amount of water households can get from the Tribal Utility Authority.

Additionally, the price of livestock has gone down because families are unable to nourish their animals with enough hay, which can lead to more supply and less demand. Droughts have made it difficult to grow vegetation, and families across the reservation are struggling to meet the physical and financial demands to keep their livestock healthy, Chatter said. These difficulties have forced many families to sell or auction off their livestock.

NAU alumna Juana Apachito graduated in spring 2021, and her parents — Juan Apachito Sr. and Gracie Apachito — own a ranch on the Navajo reservation just outside Gallup, New Mexico. Juana said their ranch consists of livestock such as horses, sheep and cattle.

The effects of the warming climate have been noticeable on their ranch in many ways, as Gracie recalled it was greener in the 1960s.

“We used to have a lot of fun out there jumping around in the water,” Gracie said. “And all you could see was green all the way across [the ranch].”

Gracie and Juan explained they once had the largest herd in their community — around 300 cattle and 500 sheep — but now, it is much smaller. They said it has become harder to take care of the animals as things have changed, such as water scarcity and rising hay costs.

Following these changes, which connect to climate change, the Apachitos could not live entirely off of their livestock like they used to. They had to get jobs within their community, and off the ranch, because living off the land could no longer sustain them, Gracie explained.

The climate change induced drought ­— as described in the Flagstaff Climate Vulnerability Assessment — has made summers on the ranch more difficult. The amount of water they needed to haul increased year by year, so the family decreased the number of livestock to make things easier.

On the other hand, Juana noted there was more green on the ranch last summer, likely because they got more rain. Those few months were not enough to merit replenishing the number of livestock, however, and it is not fully guaranteed they will get enough rain in the coming years.

Juan recalled that, on the reservation, it used to rain throughout October. In the winter, snow accumulations were six to 10 feet, approximately.

Her parents explained that although summers are hard, winters are actually easier. With less snowfall, the family is able to travel a bit easier when hauling water. Managing their ranch is safer overall, Juan said, because they have less concern about blizzards or winds coming in.

Though these positive aspects shine some light for the Apachito family and their ranch, it does not diminish the struggles they encounter in the summer, nor any of the challenges Indigenous communities experience with the rapidly changing climate.

Oftentimes, these populations depend on their livestock or agriculture to survive. This way of living is difficult to maintain when the climate continues to change, as Chatter and the Apachito family both explained.

Similar to the Flagstaff community, the Navajo Nation is spreading awareness on climate change and environmental impacts. In 2018, the Navajo Department of Fish and Wildlife released a Climate Adaptation Plan, which detailed the importance of recognizing and analyzing the effects of climate change with Indigenous culture at risk. One such custom is using, and depending on, natural resources to survive.

The implementation of this plan is northern Arizona’s first step in adapting to rising temperatures and droughts, along with surviving through their effects. With the implementation of climate precautions, Indigenous communities will be better able to carry on the traditions imperative to the reservations, as Chatter and Apachito said.

Despite the adversities that her family, and many other Indigenous households, face with the effects of climate change, Chatter remained positive.

“I am hopeful that this generation of youth will overcome the systematic mistreatment of People of Color as well as the environment, thus beginning the reversal of the detrimental effects of industrialization and capitalism,” Chatter said. “It will take time and extreme effort no doubt, but the outcome will be worth it.”