Skip to main content
You are the owner of this article.
Edit Article Add New Article
You have permission to edit this article.
Edit
Home
News
Opinion
Features
Culture
Sports
Multimedia
Gallery
PRINT EDITION
LJ in the UK
Search
1 of 7 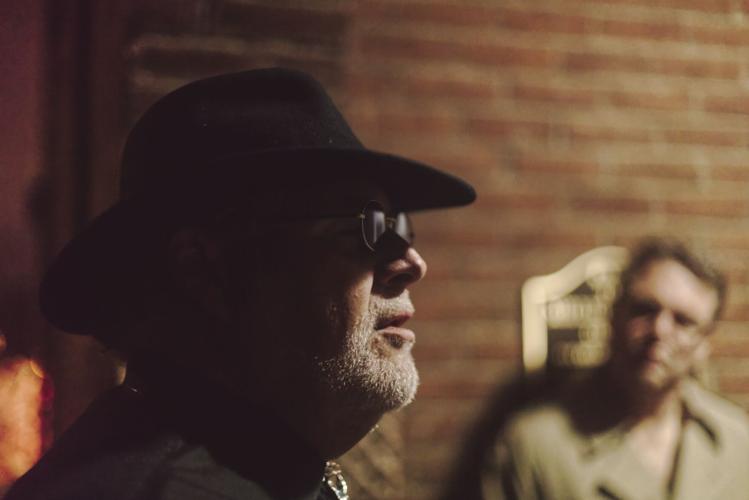 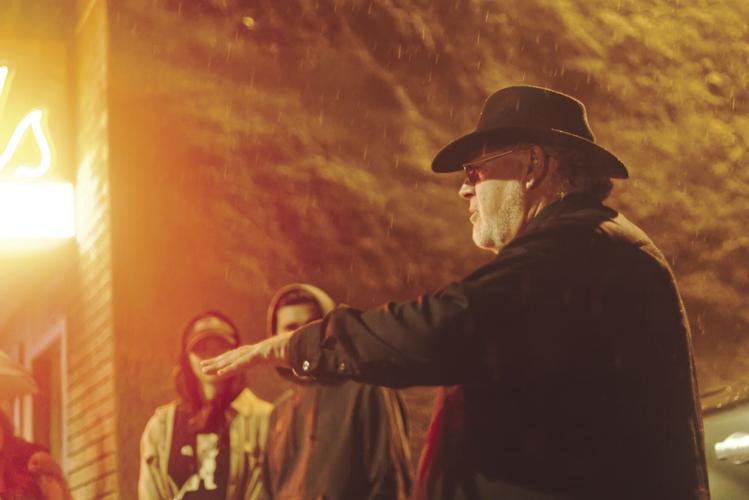 Steve Benning, or "Steven the Heathen," tells a story of the haunted tunnel system in Flagstaff, Oct. 15. 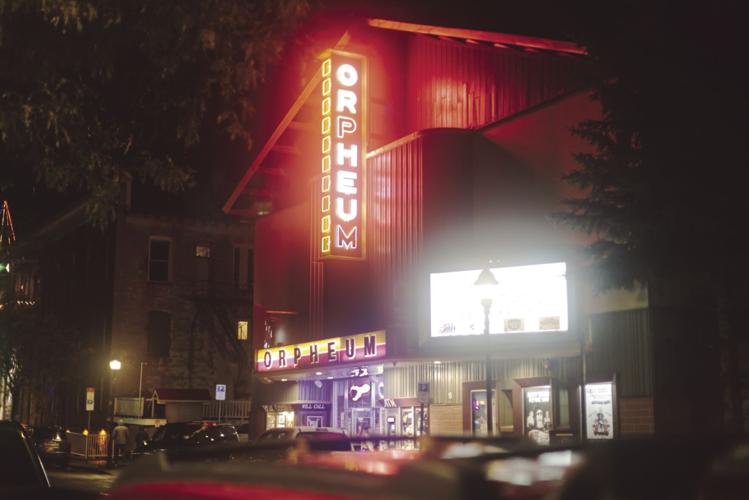 The Freaky Foot Tours walks past the "haunted," Orpheum Theater on a rainy night, Oct. 15. 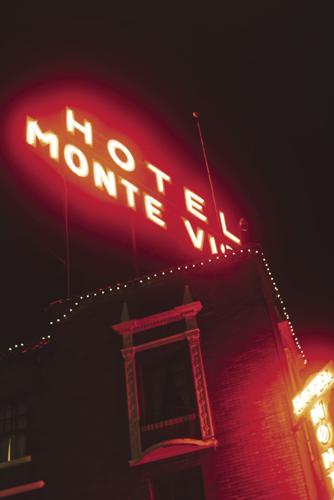 The Hotel Monte Vista is "haunted" by the "Meat Man" as told by the guide of the Freaky Foot Tours, Steven Benning or "Steven the Heathen," Oct. 15. 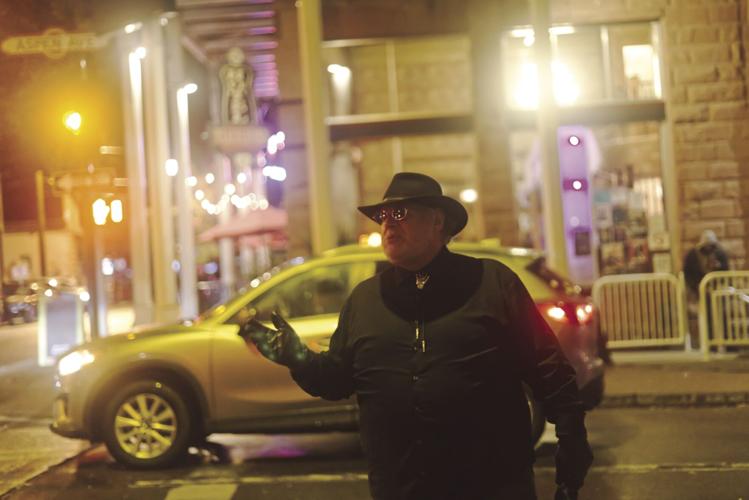 Steven Benning, or "Steven the Heathen," the guide of the freaky foot tours tells the story behind the "haunted" Hotel Weathersby, Oct. 15. 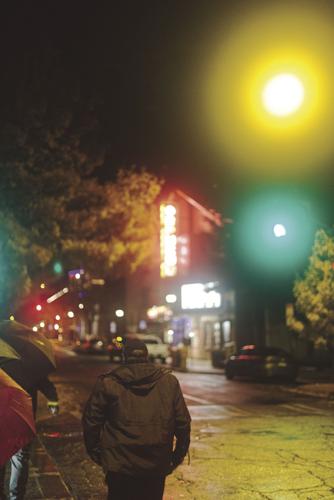 An attendee of the freaky foot tours walks on the street near the Orpheum Theater, Oct. 15. 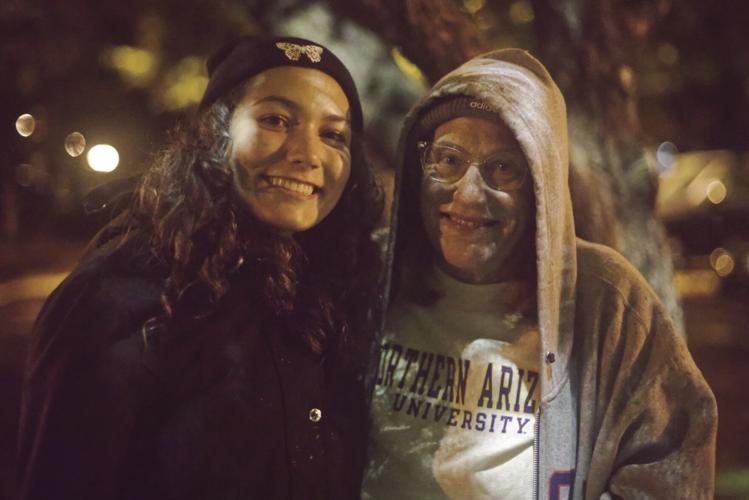 Marlee Morin and Jessica Morin pose for a photo after being interviewed at the end of the freaky foot tours, Oct. 15.

Steve Benning, or "Steven the Heathen," tells a story of the haunted tunnel system in Flagstaff, Oct. 15.

The Freaky Foot Tours walks past the "haunted," Orpheum Theater on a rainy night, Oct. 15.

The Hotel Monte Vista is "haunted" by the "Meat Man" as told by the guide of the Freaky Foot Tours, Steven Benning or "Steven the Heathen," Oct. 15.

Steven Benning, or "Steven the Heathen," the guide of the freaky foot tours tells the story behind the "haunted" Hotel Weathersby, Oct. 15.

An attendee of the freaky foot tours walks on the street near the Orpheum Theater, Oct. 15.

Marlee Morin and Jessica Morin pose for a photo after being interviewed at the end of the freaky foot tours, Oct. 15.

The night was dark, cold and sporadically stormy. Occasional pedestrians walked to and from the restaurants and bars dotting downtown Flagstaff, seeking shelter from the rain. However, a group of nearly 20 people stood chattering and shivering under umbrellas around their guide. It was time for the Mountain Town of Madness Adult Only Tour to begin.

As the guide slowly led his audience down the alleys and streets of downtown, stories of ghosts, true crime and local history were sewn together and blew through the crowd. Many of the tales told that night could have been largely forgotten if not for the effort of Freaky Foot Tours and its mother-son co-founders, Susan Johnson and Nick Jones.

Johnson is a local historian and author of two books: “Flagstaff’s Family Walkup Murders: A Shocking 1937 Tragedy” and “Haunted Flagstaff.” Her curiosity in Flagstaff’s paranormal history inspired what is now Freaky Foot Tours.

Johnson said her interest in paranormal activity began when she found authors Brad Steiger and Hans Holzer, two writers who investigated the paranormal alongside a psychic or medium.

“I loved the history of the places they investigated and the romantic idea of spirits who lingered, unable or unwilling, to leave,” Johnson said. “The question that arose in my mind was, ‘Why?’”

Her research began over 15 years ago when she was introduced to the Walkup Family’s story, Johnson said. In between the tasks of a demanding work schedule, she would go to the local library to investigate. In 2019, The History Press accepted her proposal for the book and her research began in earnest, Johnson said.

Johnson conducted research and interviews to find the stories that would eventually be used in the foot tours. She found an online self-guided ghost tour for Flagstaff and proceeded to visit the locations, asking owners and workers about paranormal experiences they encountered.

“At first, I was just curious if what was written was true, but I began to collect a lot of freaky stories about paranormal events and ghost sightings,” Johnson said.

Once Johnson had enough stories, it was up to Jones to develop the strategy and operations required to run a business. He works behind the scenes as part of a four-person group in charge of organizing the business.

Jones said he enjoys working in the background and finds fulfillment in his work despite not getting the applause that, for example, a guide gets.

Despite being more skeptical than his mother when it comes to the paranormal, Jones said he appreciates ghost stories for their unique ability to tell the history of a town. He said ghost stories often follow tragic events that towns do not usually go out of their way to tell people about. Because of this, stories that involve darker elements can allow someone to see multiple sides of a town, he said.

“I think it’s important to view most things in life from multiple angles,” Jones said. “There’s nothing wrong with looking at the standard history of the place you live and all that and hearing about the town forefathers and foremothers, like that’s great, learning about that stuff, but generally, there’s more to it.”

He said at the beginning of building the tour company, his mother would brush off his compliments of her work. It has made him proud to watch her confidence grow as positive feedback has come in from the books and tours, Jones said.

“Now there’s empirical proof that with her books and the tours, people love [these stories],” Jones said. “They love this thing that wouldn’t exist without her. I may have built the business stuff but the business is built around all that knowledge and passion that she has for [these stories] and then what each of these guides brings to [these stories].”

There are currently three guides giving walking tours, each with a stage name and unique spins on how they tell their stories.

The guide on duty the night of Oct. 15 was Steve Benning, also known as “Steven the Heathen.” Benning has been a guide for 10 months and said he has fun talking to customers and getting to teach them about the interesting stories around Flagstaff.

“This is the wild, wild west, it truly is,” Benning said. “You can read about it, you know, in history books and be walking where [historical events] happened — some of the good and a lot of the really, really ugly too.”

Jessica Morin attended the tour with her daughter, Marlee Morin. Despite the bad weather, they both said they had a fun time and learned a lot.

“I just think it was interesting to find out how much [paranormal] activity there is in Flagstaff,” Jessica Morin said. “I had no idea.”

At one point int the tour, the guide mentioned the Flagstaff tunnels, one of Flagstaff’s largest yet least-known secrets. A system of tunnels runs underneath downtown and the NAU campus and is rumored to have played a big part in the town’s history.

Whether it be ghosts or town history, the tours’ stories are meant to be as informative as they are entertaining, Jones said.

“The way that we’ve kind of laid out a lot of the things, you’ll probably come away from the tour learning at least one new thing, even if you’re a life-long resident of this town, that you had no idea about,” Jones said.

The tour ended with the crowd gathered in a doorway lit by a single porch light. Everyone pressed together and listened silently to their guide as he taught them about a teacher-turned-ghost. Afterward, the guide received thanks and tips and the crowd evaporated into the night and down the streets.