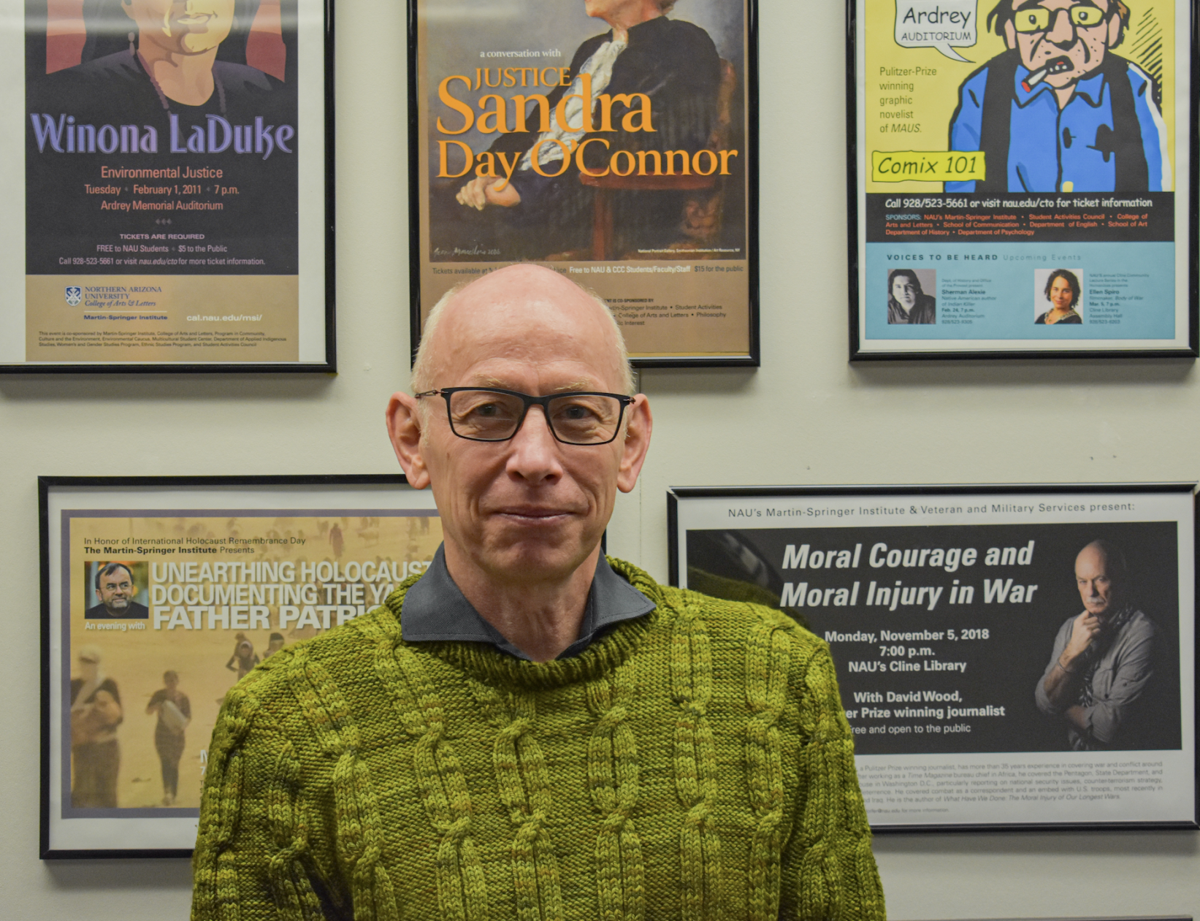 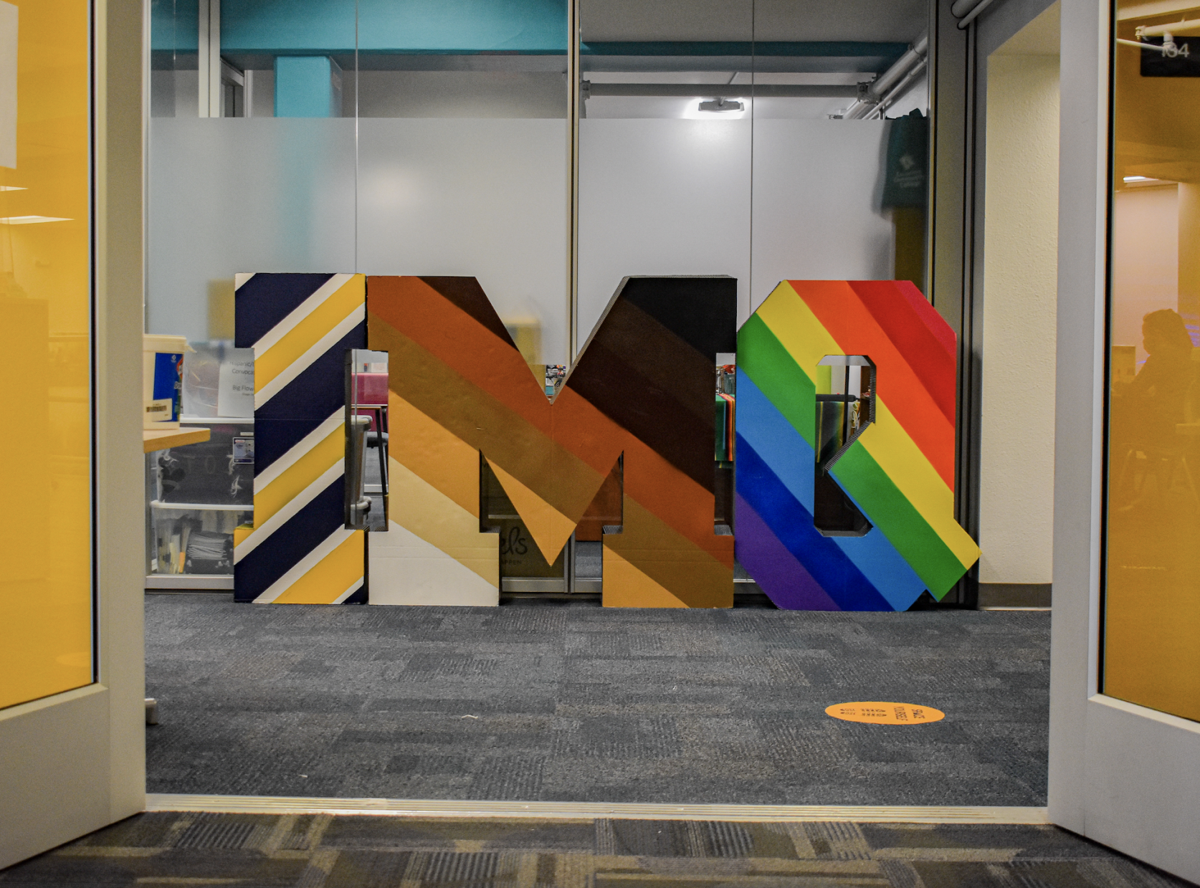 March marks the beginning of Women’s History Month, which is dedicated to celebrating the contributions women have made to society in the United States. In the Flagstaff community, there are many examples of strong women who have made powerful impacts through their work and achievements. Diversity and inclusivity are key factors in celebrating this year’s Women’s History Month, with many in the Flagstaff community emphasizing the necessity for an intersectional approach to celebrations.

“Along with being women, we have a lot of other intersections that inform how we are defined and treated by others,” Griffin said. “But I can say that I do know of champions in our community, who have by example, but then also by advocacy, tried to uplift and elevate the voices of women in our town across these intersections.”

One example of the IMQ’s efforts to broaden the focus of Women’s History Month is the addition of womxn and womyn to the title, for those who don’t identify with the word woman. Destinee King is one of IMQ’s coordinators of inclusion. She explained that incorporating these terms allows for those who may not identify with the term women to be included in the celebrations and in the community. King said the IMQ is trying to make sure the university is aware of these terms in order to be more inclusive moving forward.

A major component of Women’s History Month is celebrating strong women overcoming adversity, an idea that overlaps with increasing inclusivity. Bjorn Krondorfer, director of the Martin-Springer Institute at NAU, was a mentor for the Resilience: Women in Flagstaff’s Past and Present exhibit that focused on highlighting women who made an impact on their communities.

“As it turned out, it was really absolutely the best choice we could make to focus on women's lives who often are not seen or not recorded in the archives in a way that shows how they overcame hardship and adversity,” Krondorfer said. “These hardships didn't stop them from contributing to the community.”

Krondorfer said the role that the women featured in the event shaped Flagstaff’s history and created the city as it is now. Additionally, he said their actions in Flagstaff reflect larger societal changes, such as the Civil Rights Movement and the Chinese Immigration Act.

Krondorfer explained how the hardships that the women featured in the exhibit faced are far from eradicated in Flagstaff.

“We know that there are women who still live a hidden life in this town,” he said. “There are certainly women in this town who have absolutely no recognition, they're completely invisible to us.”

For example, Krondorfer explained that one of the women featured in the Resilience exhibit had to have her identity kept anonymous due to her lack of legal status in the city. In order to protect her identity, her name and photograph were not displayed in the exhibit. However, he acknowledged the progress Flagstaff has made in terms of surpassing biases, like the election of former Mayor Coral Evans.

“We should take note of the fact that in Flagstaff we had the first Black woman mayor in any town in Arizona,” Krondorfer said. “That should tell us something —  who we are as a community, that we recognize talent and expertise when we see it and we don't simply vote according to skin color or to whatever conscious or unconscious biases we have.”

He said he appreciates the fact that at one point, the top leadership positions in Flagstaff were run by women.

Vidal Mendoza, assistant director of Hispanic and Latina-o-x initiatives at the IMQ, spoke on how individuals can make a difference for the women in their communities. She said branching out in one’s community and interacting with women from different areas is a great way to educate oneself and dissipate some of the hardships women can experience.

Mendoza said that reaching out helps to bridge the equity gap when it comes to support. Taking the first step to reach out to women from all walks of life in the community is important, she said.

Griffin said she recommends getting involved by showing up to events and using one’s voice to show support. Additionally, those who are looking to get involved can contact the IMQ through email requesting to be sent the IMQ newsletter with upcoming events and activities.

In March, the IMQ is hosting two virtual events to celebrate Women’s History Month. The events are a virtual I’m a Savage: Women in the Professional WorldPanel, which included NAU faculty and staff members who identify as female, as well as a Women’s History Month Talking Circle for participants to discuss the challenges and accomplishments they have experienced as women.

“I think these events are really important, specifically in honor of Women's History Month because a majority of us have grown up in a patriarchal society and I think it's really great that us as women, or who identify as women, can have a month to celebrate themselves and all the things that they have accomplished,” King said.