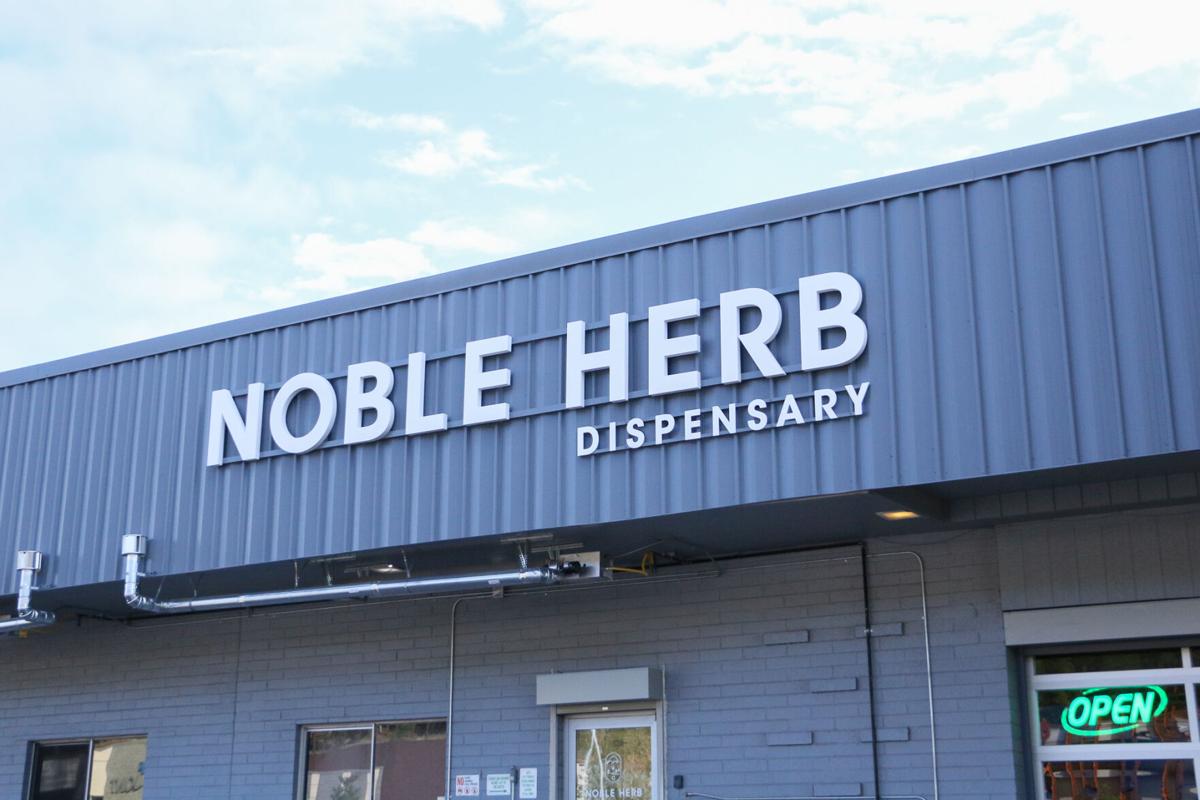 The Greenhouse of Flagstaff has been renamed as Noble Herb, Sept. 27. 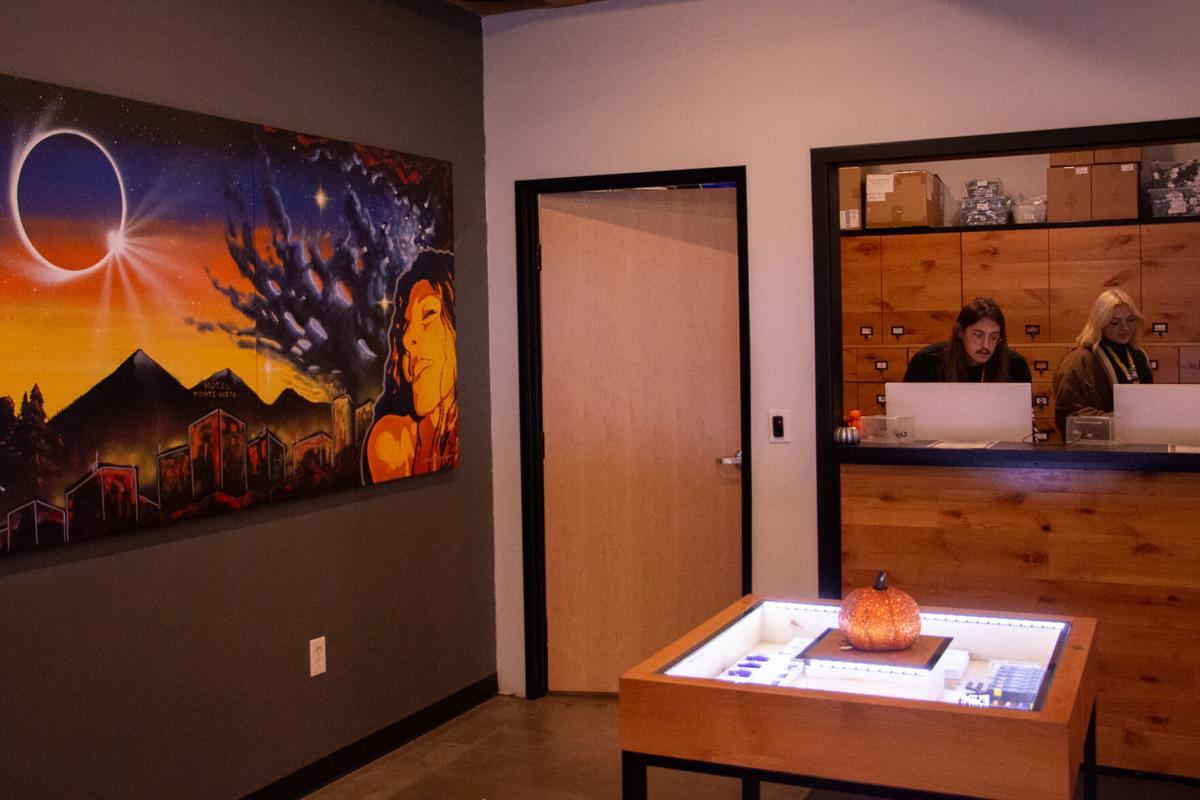 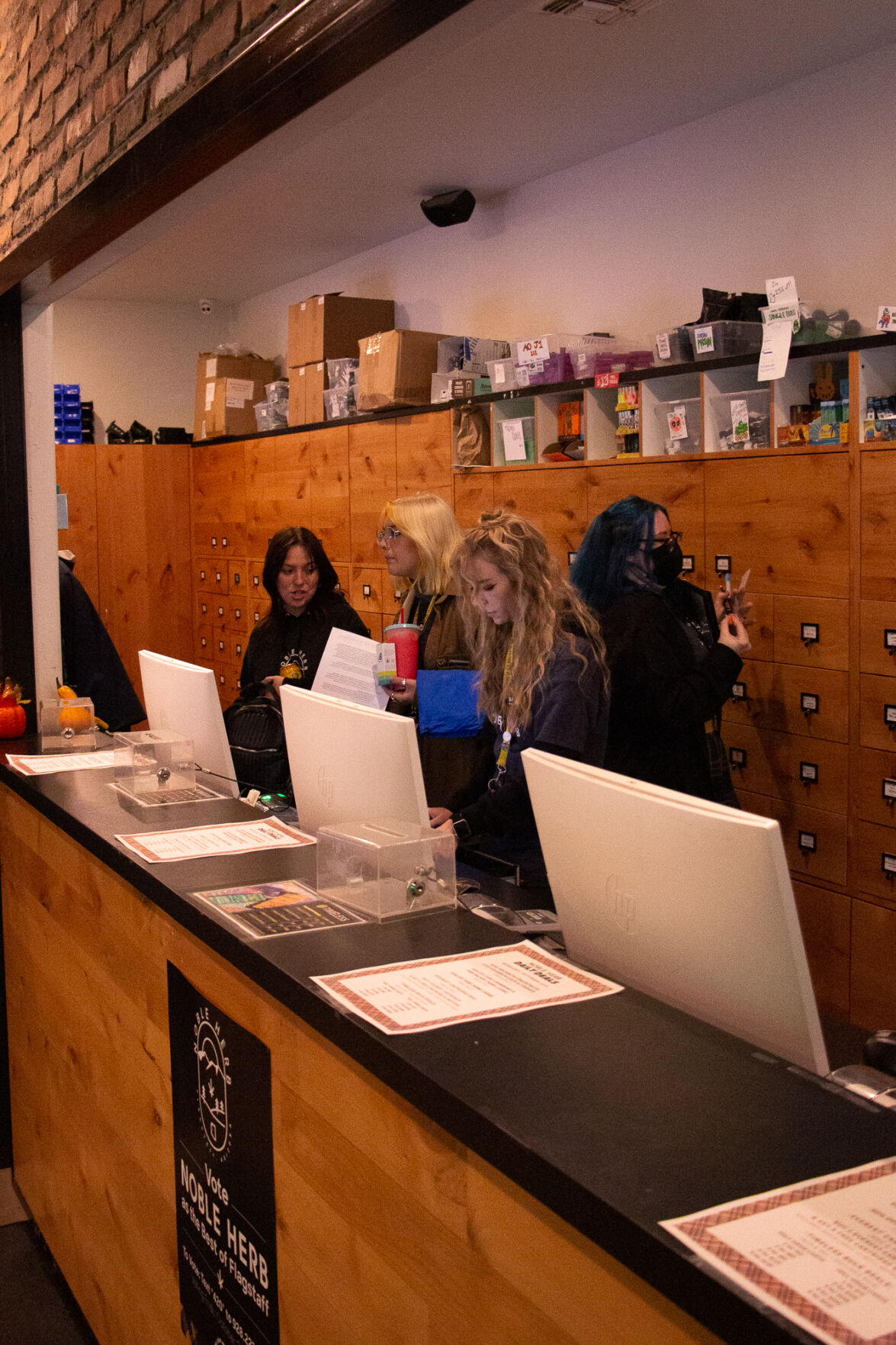 The Greenhouse of Flagstaff has been renamed as Noble Herb, Sept. 27.

In the booming marijuana industry of Arizona, having a good product line is no longer enough to stay competitive among dispensaries. Noble Herb, formally called Greenhouse of Flagstaff, is rebranding and putting clients at the heart of its business model.

After eight years in the industry, Greenhouse of Flagstaff rebranded into Noble Herb, along with an upcoming location change in 2022, to set itself apart from other dispensaries in the area. With this rebrand, owner and co-founder Ryan Hermansky said Noble Herb is committed to its foundational core values.

“One of the most important things we take into consideration is just people’s time,” Ryan said. “The level of experience of marijuana products is vastly different for every person that walks through the door, especially with the other recent passing of adult use this year. We’re getting a lot of first-time people coming in, and we pride ourselves in making sure we can get their questions answered [and] taking the time with them to make sure they’re comfortable with what products might serve them best or what their goals are.”

Ryan explained these values are a significant part of his relationship with the other co-founders; his brother Brandon Hermansky and their friend of 25 years, Doug Daly. After their school years, the three friends began their professional careers and diverged on varying paths. However, when the medical marijuana ballot initiative was up for vote in 2010, both Ryan and Brandon explained they kept close watch —  and doors eventually opened after its approval.

“We looked at that as an exciting, tremendous opportunity to really be on the forefront of something,” Ryan said. “It was certainly new to us, but we saw it as an exciting venture to participate in and went for it.”

They opened Greenhouse with customers at the forefront of their company, knowing this could set them apart from competition. Their business venture did not come without its share of obstacles, however. Ryan explained that over the eight years, the founders and their team had a learning curve when it came to growing marijuana plants at a commercial scale in Flagstaff’s climate. He described Arizona’s monsoon season as drastically affecting the quality of the product.

In order to combat this issue, Noble Herb found a balance between indoor and outdoor growth. Most of their products are currently grown indoors, but Ryan noted outdoor plants have a different effect on the flower, so Noble Herb utilizes outside acreage when the weather permits.

Meanwhile, Brandon said he and his partners thought about rebranding their business for quite some time due to the similarities between them and other dispensaries in the area. With the legalization of recreational marijuana in Arizona this year, he said it was the perfect time for a change.

“No one had any idea of what the different names of dispensaries would be, so we went with the Greenhouse of Flagstaff knowing that growing in greenhouses would be our model,” Brandon said. “It just so happened that a bunch of other people had similar ideas. There are only three dispensaries in Flagstaff, another one of them being Green Farms, so people would easily get us confused.”

With the passage of Prop. 207, Brandon said Noble Herb had to adapt to an influx of customers it had not previously seen. In line with their core values, the team created an express line, which allowed them to maintain their quality of service while expediting checkout times.

“When recreational marijuana passed, we had about a four-month window to get ready before we switched over,” Brandon said. “In order to prepare, we doubled the amount of cash registers, checkout counters and the number of employees to be ready for it. Our average wait times have either stayed the same or are within 30 seconds of what they were before. The vast majority of people can get in and out in under 5 minutes, which is our goal.”

Brandon also explained Noble Herb serves two types of customers: Those who see the dispensary as another errand — like grocery shopping — and those who like to window shop and talk to the employees about the product.

With the specifics already considered, Brandon said he is confident and optimistic moving into this rebrand. A large part of that original mission is training new budtenders — a play on words for employees who act as marijuana bartenders — to fit the vision moving forward. To match the customer service they put at the center of their business, Ryan explained new employees are trained in-house. The co-owners are working on teaching them how to match a client’s interests and needs to the appropriate products, Brandon said.

Sophomore Omar Ramirez has been a regular at Noble Herb for over a year. He cited customer service and short wait times as his reasons for continuously returning.

Ramirez is a medical patient who uses marijuana to combat his sleeping issues. He said cannabis has been instrumental in his day-to-day life since he chose to get a medical card, and Noble Herb has been a place where he feels comfortable.

“I’ve never been to a bad dispensary,” Ramirez said. “But these people are very educated and know their products based on certain needs. For example, I was shopping with them recently and they had an onsite representative for Select, just talking about new products coming out from that company. I thought that was really cool, and I haven’t seen that at any other dispensary I have been to.”

Ramirez said customer service is a critical part of his experience. Getting the product catered specifically to his needs is just as important as a prescription from the doctor, he added.

“Ever since I started [shopping] they get more variety, and things that are more accustomed to different demographics,” Ramirez said. “Sometimes you need a different product based on certain factors in your life. Sometimes you just want a microdose. Sometimes you are coming home from a long day of work and need a larger portion to relax. The different varieties of product have definitely opened new doors for me.”

The green industry is continuing to boom after the passage of Prop. 207 in Arizona. Data released by the Department of Revenue shows since January, the state has accumulated over $25 million in tax revenue from adult recreational sales alone, and $115 million in total collections.

In an industry that only seems to continue in growth, competition is rampant, and Noble Herb is attempting to stay ahead of the curve through a heightened customer experience. Cannabis may still be seen as taboo, in some senses, but is also rapidly expanding — making Flagstaff a little greener than yesterday.