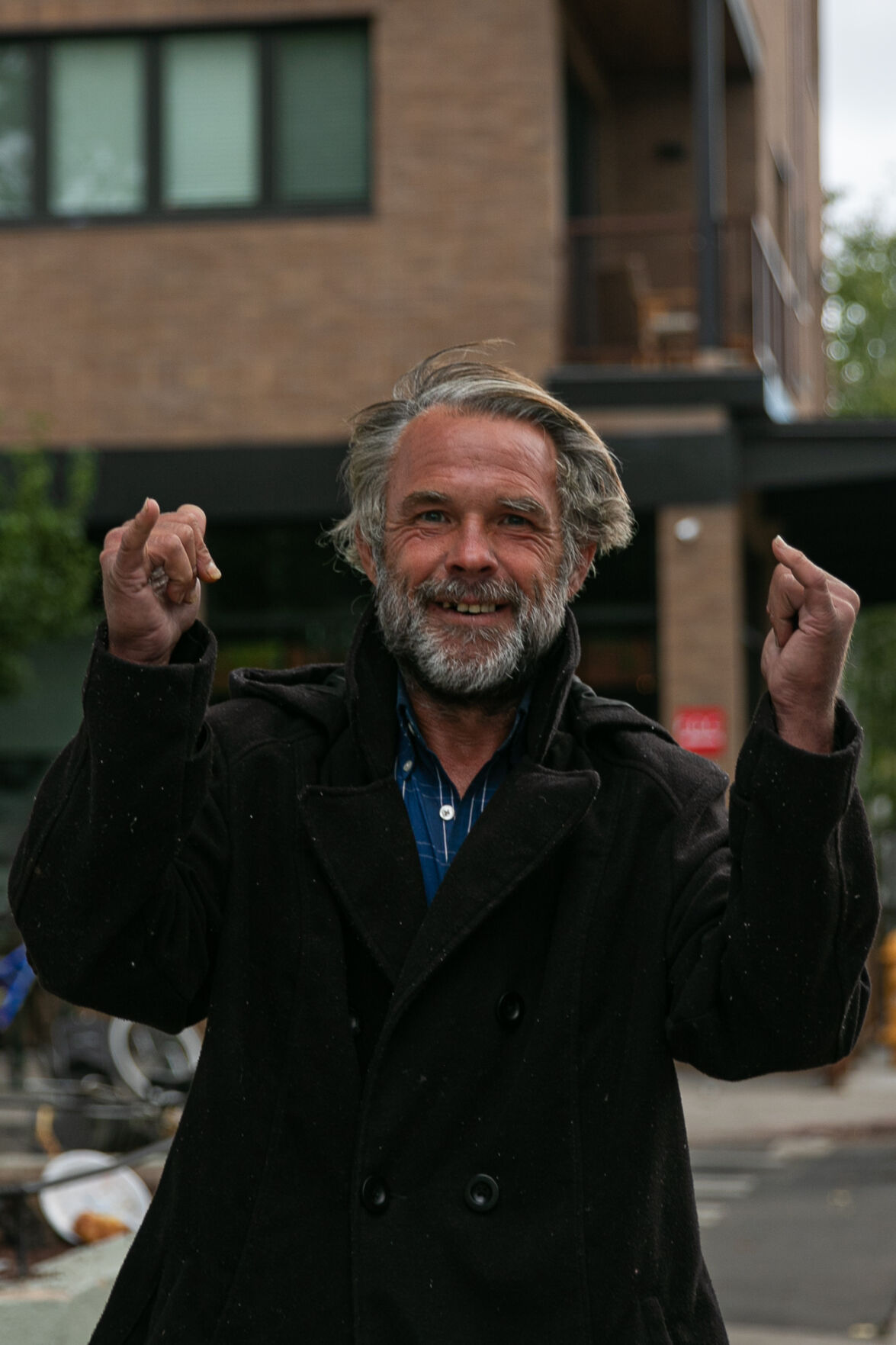 At Sunshine Rescue Mission, James Heth has taken advantage of the shelter and hot meals, Sept. 26. 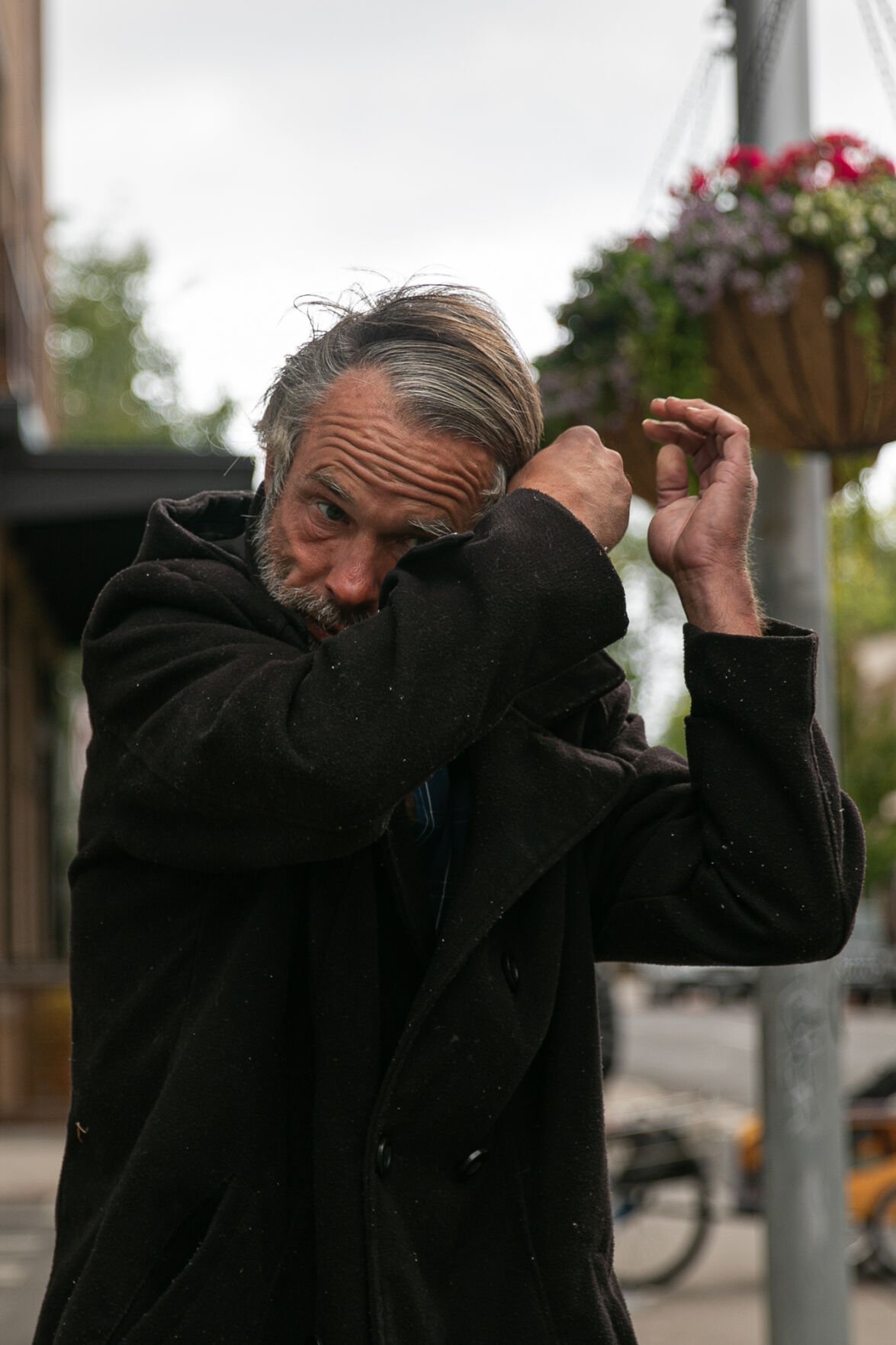 James Heth, a resident of the Sunshine Rescue Mission, combing his hair before an interview, Sept. 26. 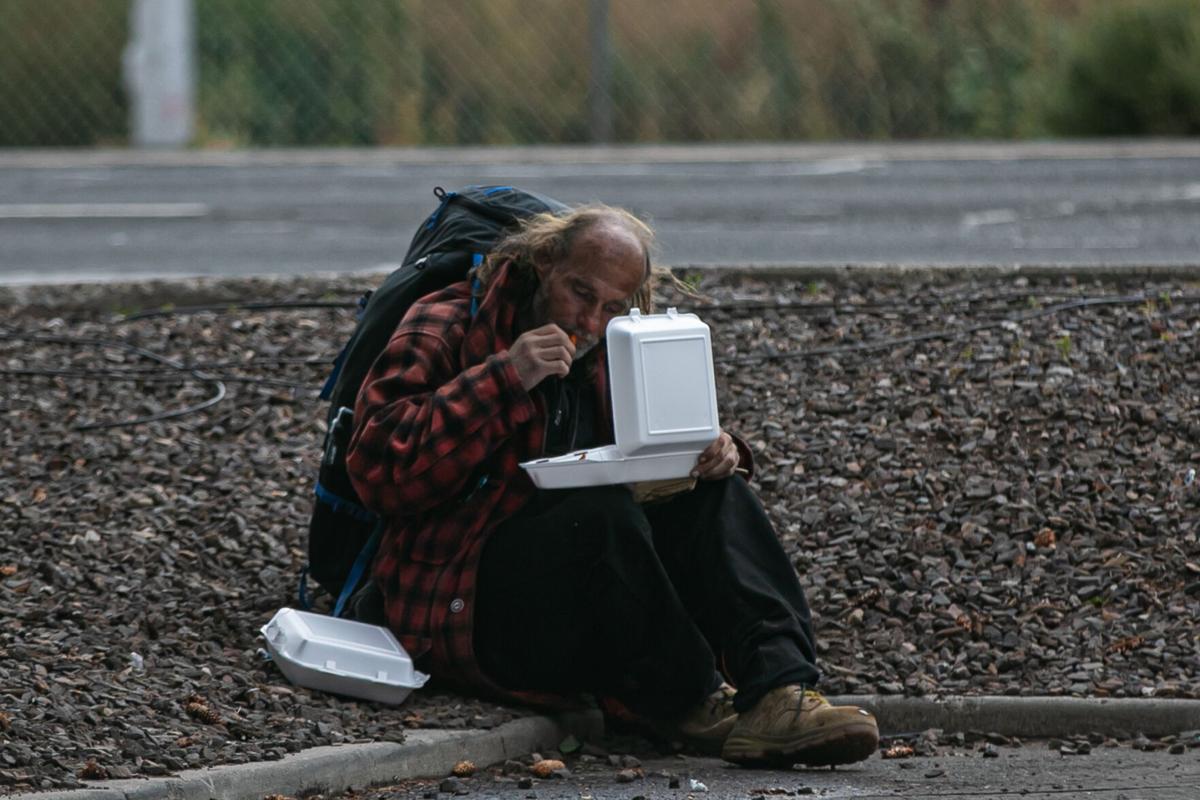 A man eats a meal after a volunteer gives it to him at Target, Sept. 26. 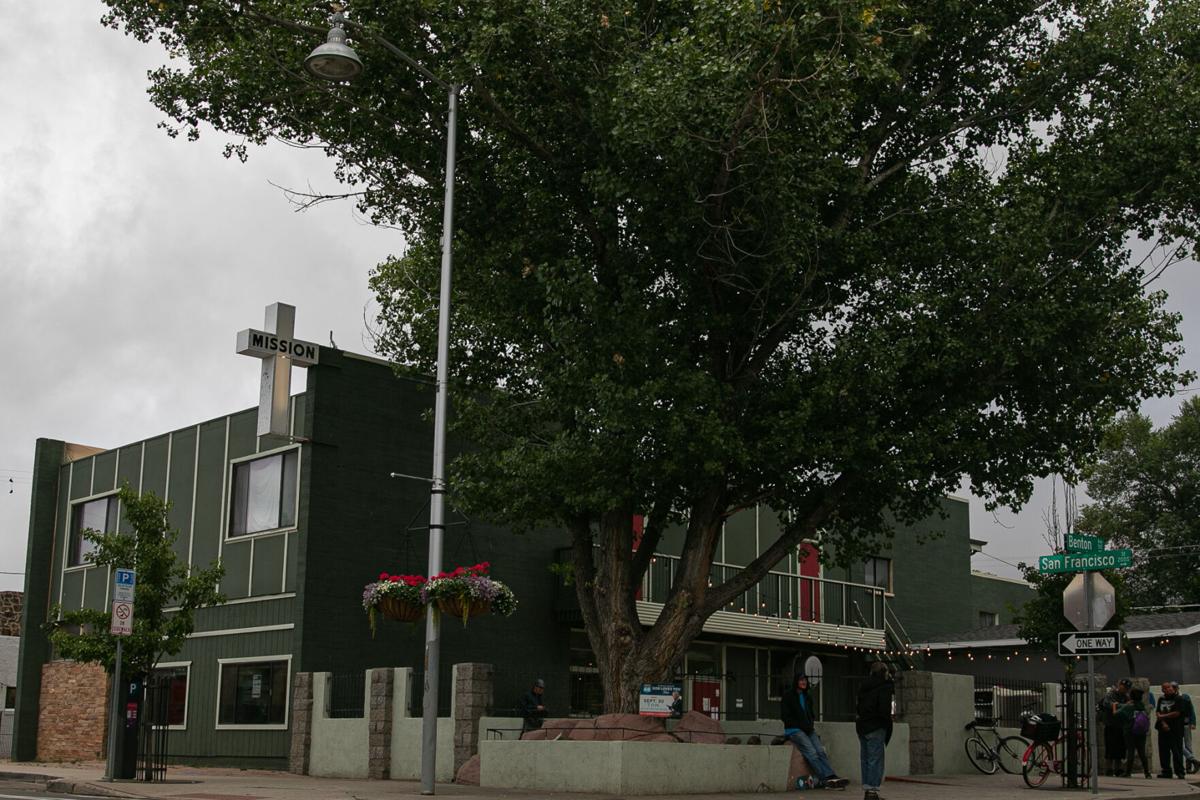 Sunshine Rescue Mission & Hope Cottage serves the community as a food kitchen to all and an emergency-restoration shelter for men, Sept. 26. 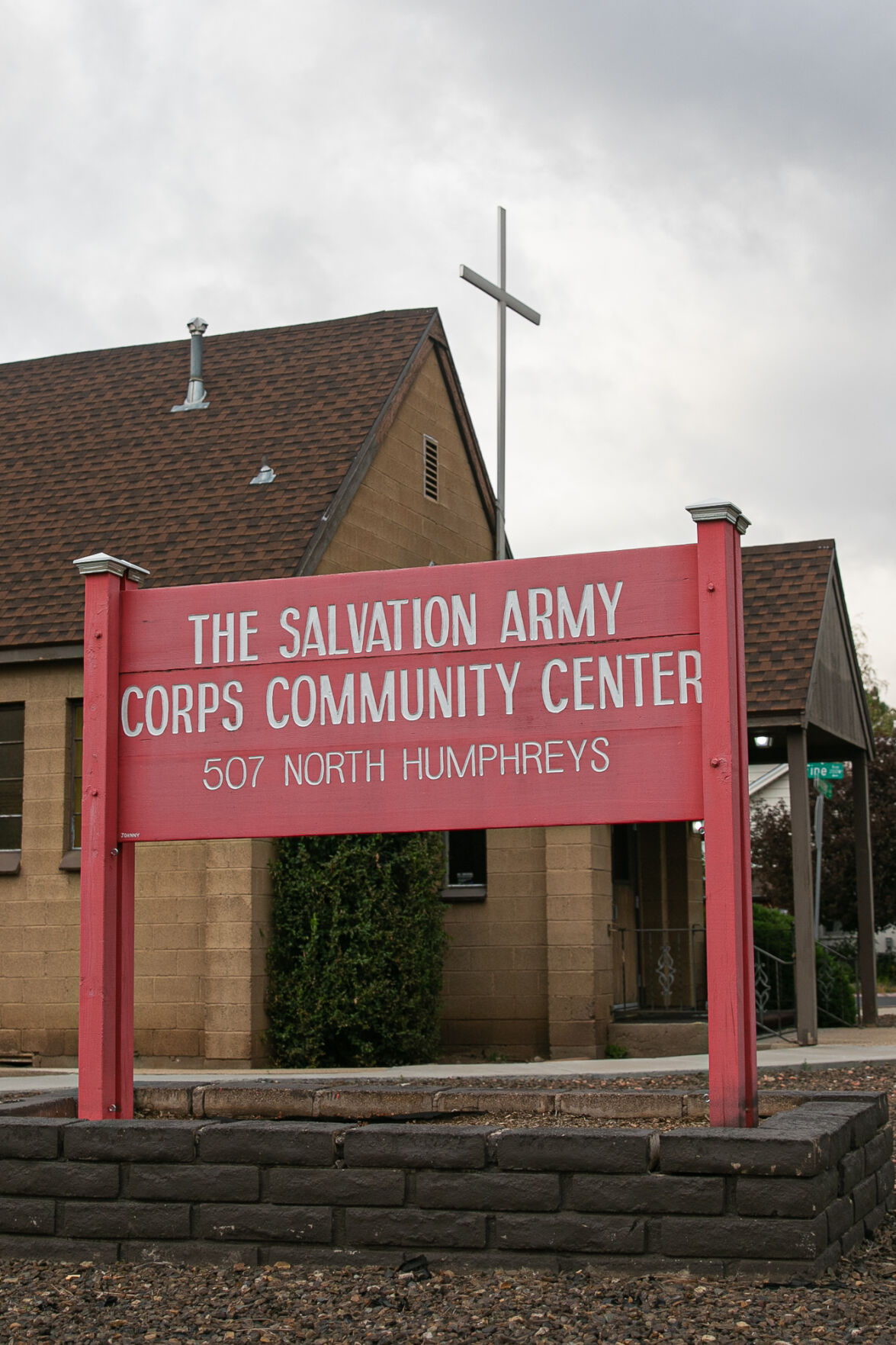 The Salvation Army helps many with services such as providing food, combating addiction and helping people overcome poverty, Sept. 26.

At Sunshine Rescue Mission, James Heth has taken advantage of the shelter and hot meals, Sept. 26.

James Heth, a resident of the Sunshine Rescue Mission, combing his hair before an interview, Sept. 26.

A man eats a meal after a volunteer gives it to him at Target, Sept. 26.

Sunshine Rescue Mission & Hope Cottage serves the community as a food kitchen to all and an emergency-restoration shelter for men, Sept. 26.

The Salvation Army helps many with services such as providing food, combating addiction and helping people overcome poverty, Sept. 26.

The COVID-19 pandemic left many people financially unstable and, in some instances, businesses were forced to close and lay off workers. Despite these struggles, homeless shelters and food banks opened their doors to individuals in need.

Paycheck Protection Program is a form of financial aid that helped businesses pay employees earlier in the pandemic. However, according to a Greater Flagstaff Chamber of Commerce study conducted in 2020, 31% of those surveyed believed they would need additional assistance beyond the program’s expiration date: May 31.

When the pandemic began, roughly four out of 10 people visited food banks for the first time, according to Feeding America. As a community, there are many ways to help food banks: Conducting volunteer work, signing pledges and writing letters of appreciation for food bank workers, to name a few.

According to the organization’s website, Flagstaff Family Food Center (FFFC) provides emergency food boxes for community members facing food insecurity. The center offers a range of different services to help, such as home deliveries and mobile distributions. Employees served 63,000 hot meals last year, and another 695,000 were distributed to local nonprofits.

Samantha Stone, programs and city partnership director for FFFC, said the pandemic was a serious problem for the center, which had to shut down due to the lack of volunteers. Without enough people available, she said no options remained.

“One major difficulty for us during the pandemic was declining volunteer participation,” Stone said. “We need 58 volunteers daily to operate all 13 of our hunger relief programs, and many of our volunteers are part of the high-risk populations for COVID-19, and so had to step down.”

Stone said she and her team organized emergency food banks at elementary schools and other locations. She added that for some people, these sites were convenient and accessible.

When food stamps and funds were disbursed through the federal government, FFFC volunteer coordinator Jason Kordosky said the organization saw less demand. Once again, FFFC is helping more people who need assistance from food banks, which is similar to the onset of COVID-19.

“We definitely had an increase of people needing food assistance at the start of the pandemic,” Kordosky said. “We did struggle at the start — we had to cancel volunteer shifts as everyone’s health and safety was a priority — but this meant everyone who was still working had to face an increased demand.”

According to its website, Green Jacks aims to create a culture of sustainability on campus, and the club teamed with Neighborhood Ventures to harvest apples for the food center.

Green Jacks President and sophomore Caroline Reed said working with partners, such as Willow Bend Environmental Education Center and Louie’s Cupboard, enables the club to make a significant impact within Flagstaff. Additionally, the group has helped other food banks, as well as organized volunteer efforts for distribution days.

“It’s nice to do something outside NAU, so we’re able to help Flagstaff as a community rather than primarily just focus on NAU,” Reed said. “It’s nice to know that we can make impacts across the Flagstaff community and have focused on all of the city. [Partnering with Neighborhood Ventures] involves [the board] and five others from Green Jacks who have volunteered. We’ll be picking apples with Micro Roots Farm.”

A survey conducted at NAU in 2019 documented that 57.9% of participating students could not always afford balanced meals; in general, Reed said the college demographic struggles with food insecurity, which was heightened by the pandemic. Although restrictions eased in certain places, difficult situations are still prevalent in many shapes and forms.

A number of small businesses collapsed, but more persisted, as did many nonprofits. In their effort to help the community, food banks are continuously looking for volunteers, and FFFC’s website lists this as one resource for students, faculty and other residents to give back.