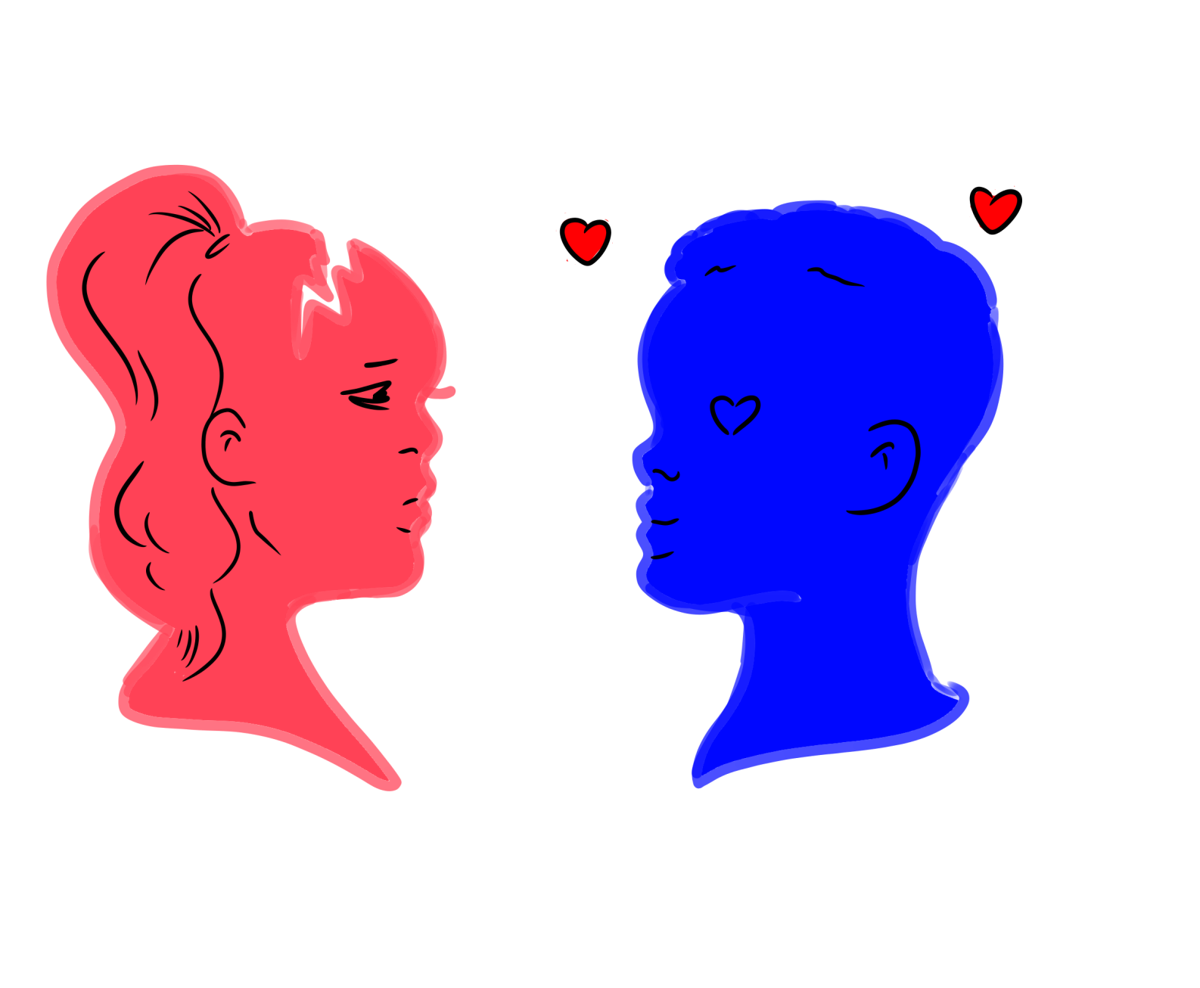 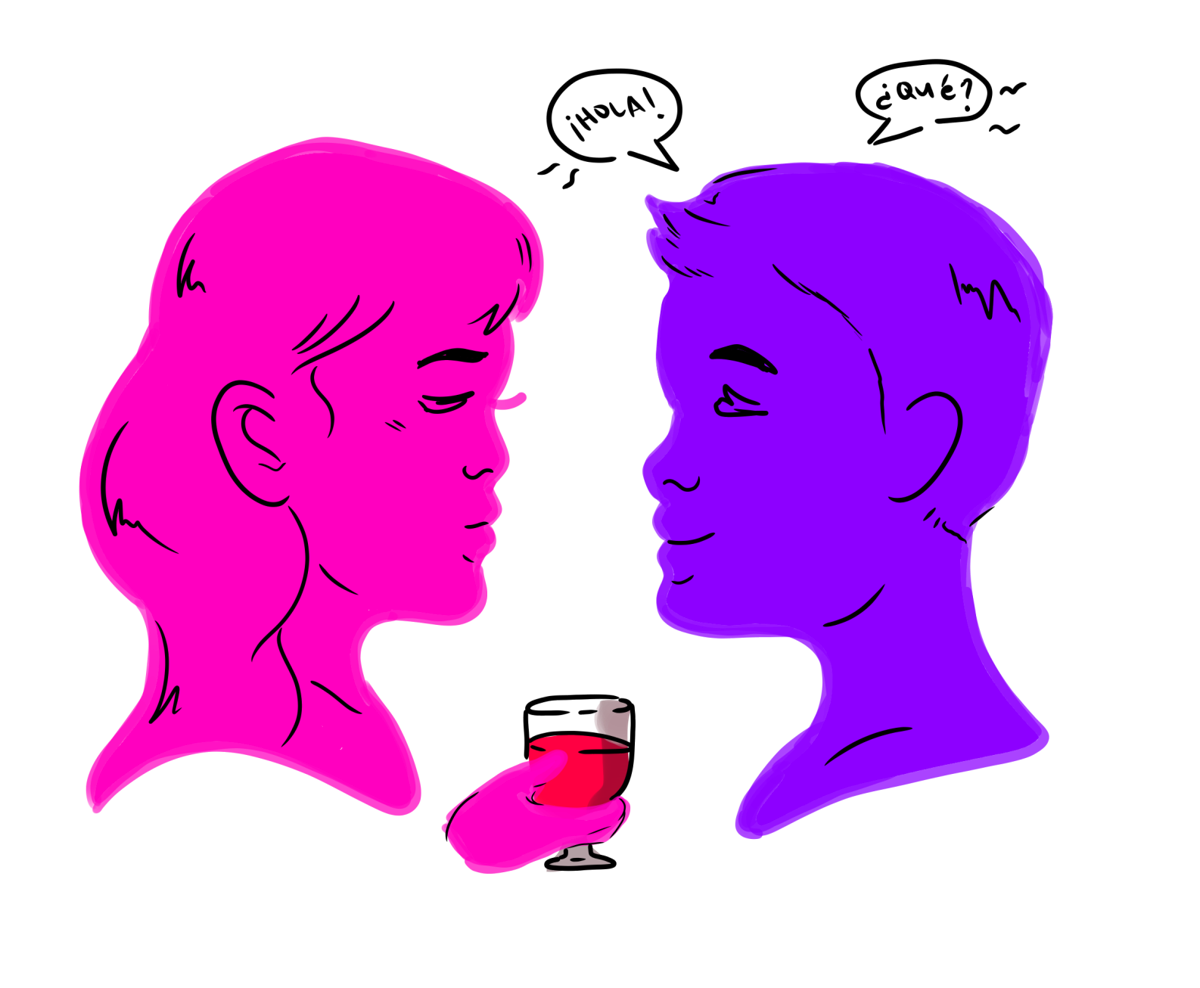 First dates can be the start of a fairy tale, complete with the handsome prince and happy ending. However, for some NAU students, first dates can turn into horror stories.

Senior Kailah Goers said she was very excited to go out with the guy she was all eyes for until he made the date spiral so downhill there was no chance she would go out with him again.

“One time, I was really wine drunk and this guy — who was actually really cute, he knew how to speak Spanish and he was tall and all that stuff — picked me up because he had asked me to go get pizza with him,” Goers said. “We were talking, then we got in the car and he literally just grabbed my face and kissed me so hard that I had a bruise on my lip. He had just shaved his face so he had put aftershave on, but I was allergic to it so I had hives all over my face. Then he asked me on another date and I said no.”

Sophomore Justis Daniels-Bezout said his date also ended in pain, as it eventually landed him in the emergency room.

“My current girlfriend and I had just started seeing each other and we were having an intimate moment,” Daniels-Bezout said. “Come to find out, I had run out of handy-dandy condoms and so we used a condom that was the wrong size. We ended up making a joke about it, saying, you know, it might cut off circulation.

“It ended up actually cutting off circulation to some of my most precious bits and I ended up having to go to the hospital. They put in a catheter because I couldn’t urinate. Then the catheter got infected.”

Daniels-Bezout said to top it off, the doctors then told him he had a kidney failure because of the catheter infection.

“That was definitely the worst first date I have ever been on,” Daniels-Bezout said. “We’re still together though, so that’s a testament. You can get through it, no matter how bad it is.”

While freshman Jillian Eckman’s date didn’t end in physical pain, she experienced a Tinder date gone wrong when instead of sweet words, she got underhanded insults from her match.

“I met him on Tinder and I was having a really bad night, so I was like ‘maybe you shouldn’t come over,’ and he was like ‘no, I’m coming over anyway,’” Eckman said.

Frustrated with him, Eckman said she asked her date why he chose to go over to her place instead of another girl he might have matched with. He then told her that he liked broken girls and proceeded to criticize her throughout the date.

“Then in the morning, he told me that I should start working out,” Eckman said. “Then he blocked me on everything.”

The Tinder date horrors continued when junior Xavier Lyas was terribly catfished despite his precautions with the dating app.

“There was this one time I matched with this girl on Tinder and she looked fine as hell,” Lyas said. “So, I started talking to her and everything was smooth. I asked for her Snapchat because you have to always ask for Snapchat, or her number if you want to FaceTime, because I always want to make sure that the person is real.

“I got her Snapchat and sent her a snap of my face saying ‘what’s good’ and she hit me with not a face snap, but just like a picture of something else.

“I kept snapping her throughout the day and she would never just send me a snap of her face,” Lyas continued. “So, I literally asked her, ‘Hey, can you send me a picture of your face?’ And it was like, ‘Oh, I don’t have makeup on.’ ‘Oh, I don’t look good right now.’ This and that.”

After a few days of talking, Lyas said he decided he should try to meet up with his match. So, the two planned to meet at the University Union.

“I gave her a spot and she snapped me where exactly she was at,” Lyas said. “So, I pull up to the Union and I know exactly where she’s at and this girl looks absolutely nothing like her picture at all. Like night and day. I looked at her [and] was like ‘OK, that’s for sure not her’ and just walked away.

“I just deleted her off Snapchat because she catfished me. That’s just unacceptable.”

For senior Bre Smith, the problem wasn’t the person she was on the date with, it was their choice of food that sent their first date into chaos.

“So, I went on a date with a guy I was friends with in high school,” Smith said. “It was after high school and he took me to TGI Friday’s [and it was] really romantic. He ordered a shrimp pasta dish.

“I’m looking down at my food, talking and it’s time for him to respond. I look up and he is choking on a shrimp. So, I went, ‘Oh my gosh, you’re choking!’ And he throws it up back onto his plate and so I’m panicking. I start handing him napkins.”

Smith said her date decided they should leave after the episode, so the two awkwardly left the restaurant, thus putting an end to a bad date.

Dates gone wrong seems to be a rite of passage for some students regardless of how they met the person they went out with. Although bad dates may be unavoidable, it can eventually make a for a good story.