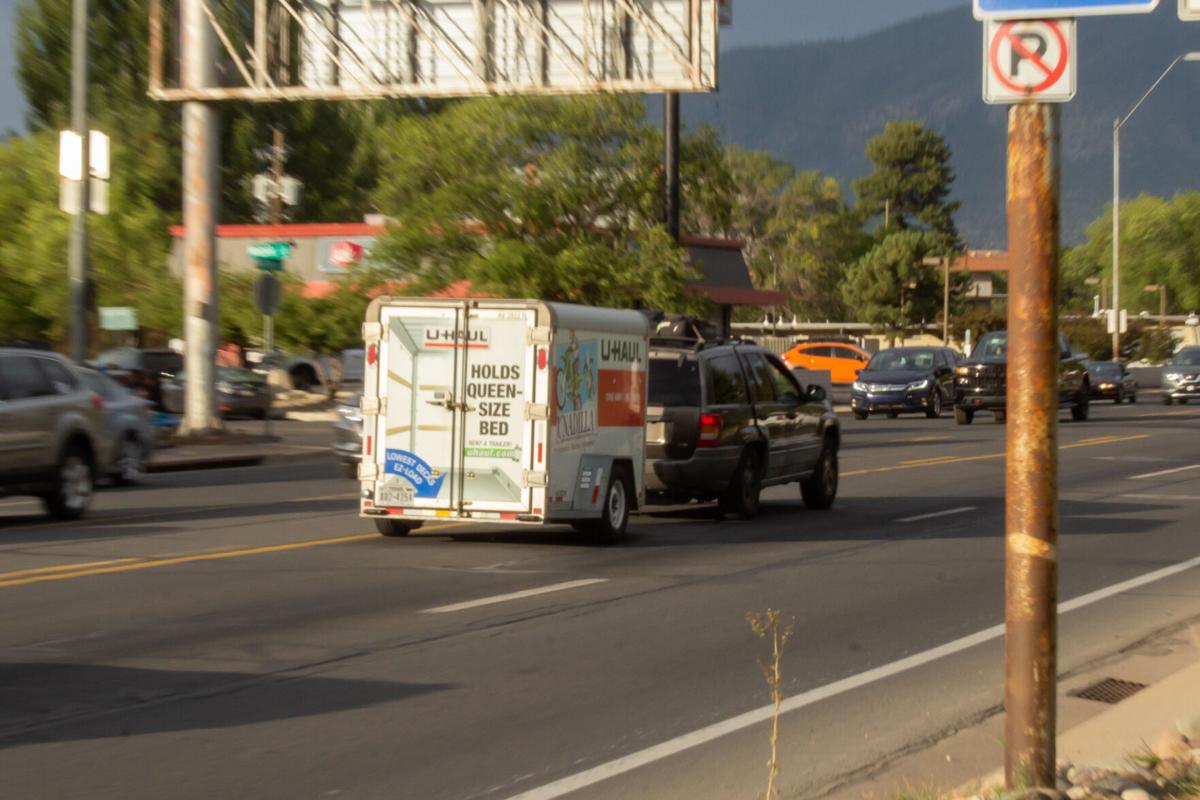 A U-Haul trailer hitched to the back of a car flies by on South Milton Road, Sept. 17. 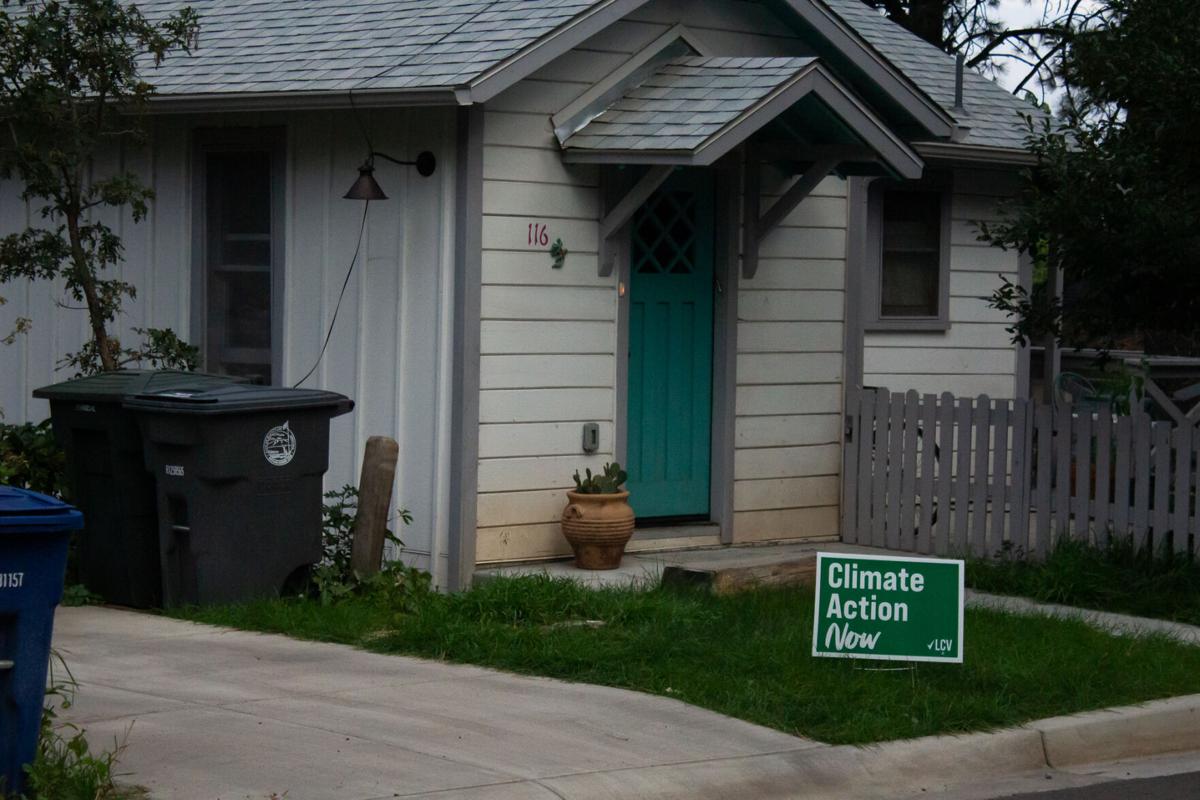 A sign calling for climate action is stuck into the lawn of a home in a Flagstaff neighborhood, Sept. 17. 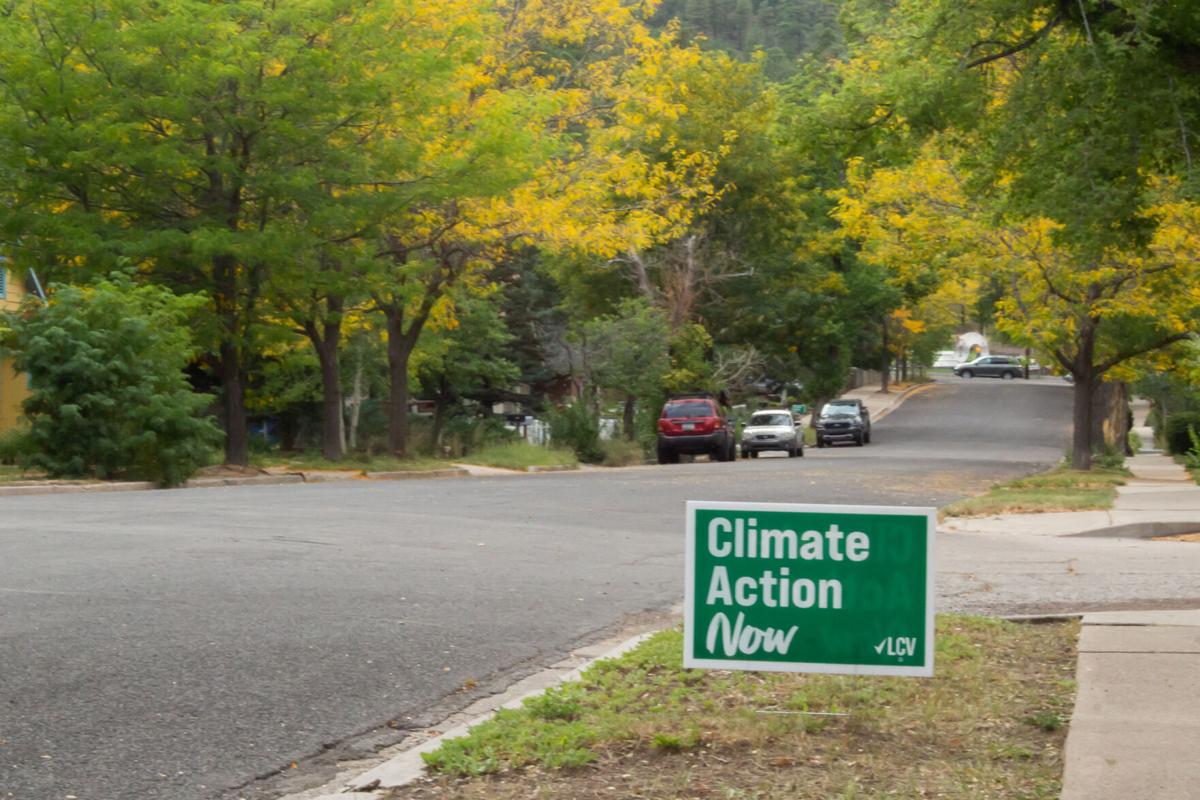 A sign calling for climate action is shown in a residential neighborhood, Sept. 17. 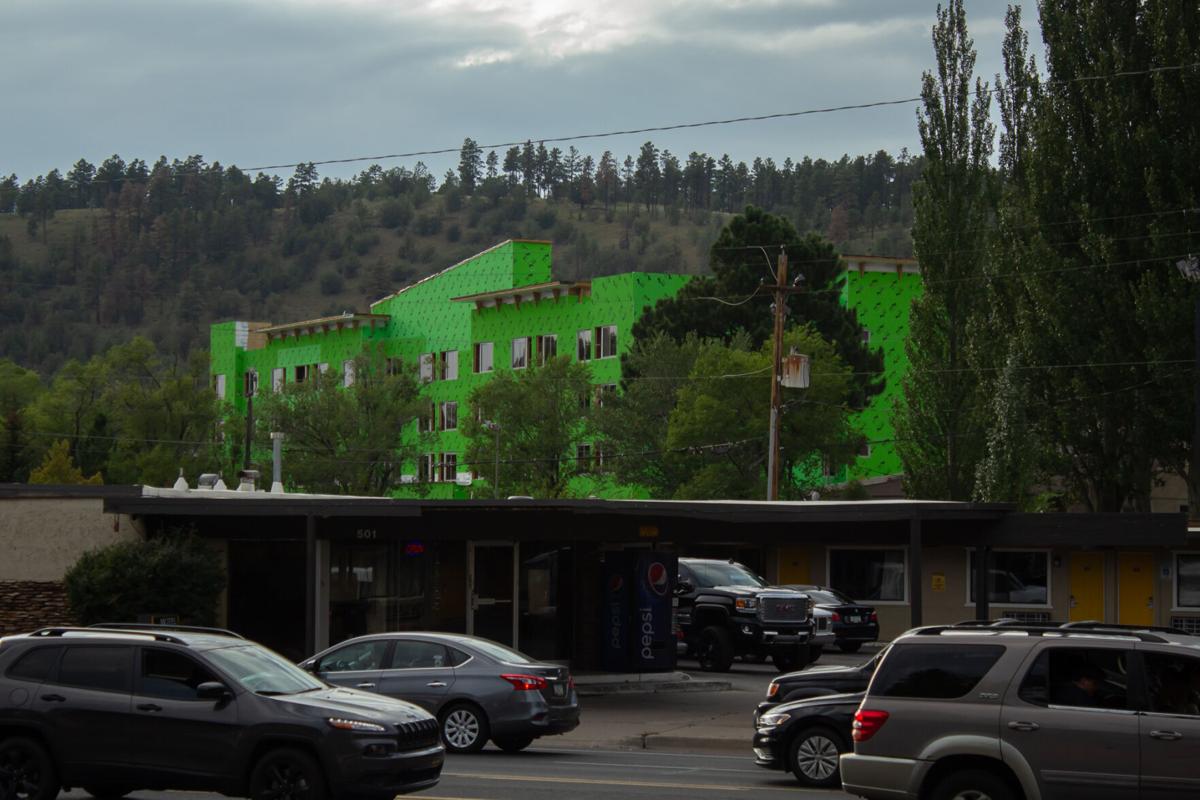 A new apartment complex enters its final stages of construction behind a motel off of South Milton Road, Sept. 17. 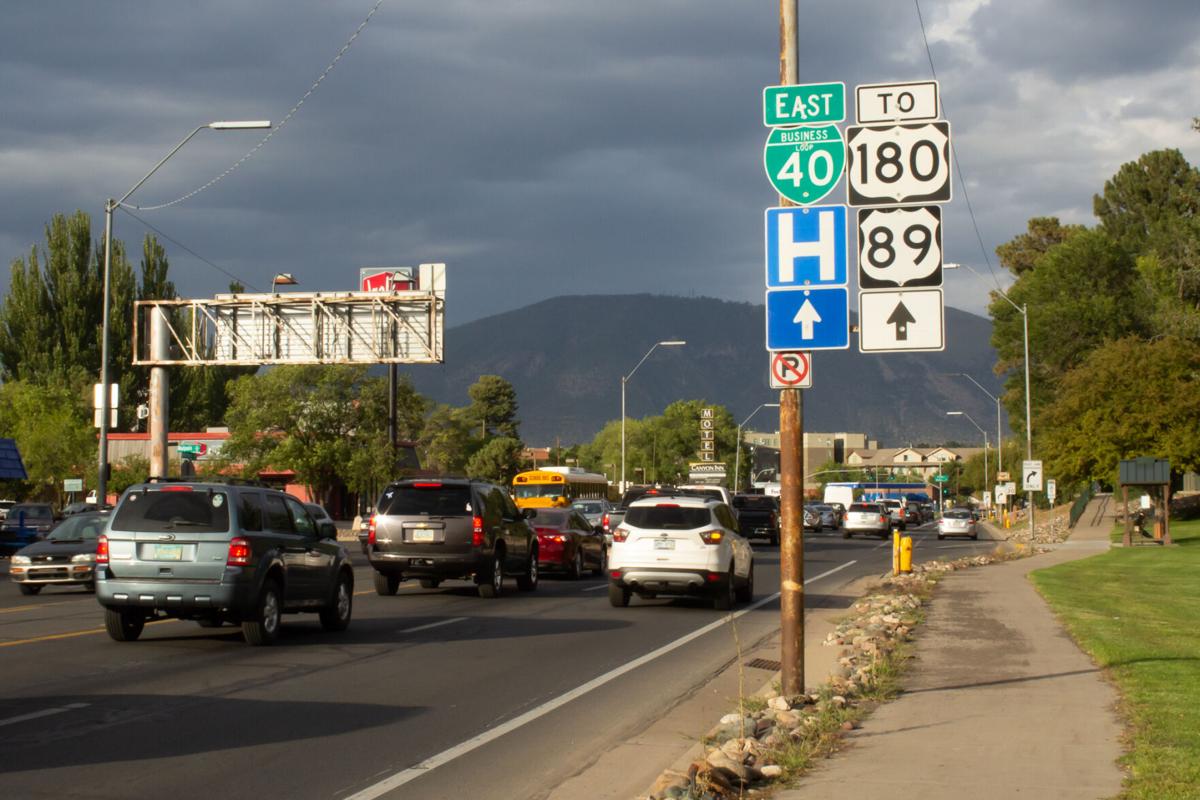 A U-Haul trailer hitched to the back of a car flies by on South Milton Road, Sept. 17.

A sign calling for climate action is stuck into the lawn of a home in a Flagstaff neighborhood, Sept. 17.

A sign calling for climate action is shown in a residential neighborhood, Sept. 17.

A new apartment complex enters its final stages of construction behind a motel off of South Milton Road, Sept. 17.

Flagstaff has many tourist attractions — Arizona Snowbowl, Walnut Canyon National Monument and Lowell Observatory — that bring people in and out from all over the world. Over the past two years, a significant number of buildings and apartments have been constructed, which are inviting more people into a place already seen as overcrowded.

Flagstaff’s Sustainability Program allows community members to learn about the importance of having an eco-friendly environment and how everyone can make an impact in their own way. With so many people moving in and out of Flagstaff, the city’s ecosystem can face major issues.

Flagstaff currently has a population of over 77,000. According to The Guardian, people sometimes move to northern Arizona, or perceive it as a convenient travel option, because of rising temperatures in cities such as Phoenix and Tucson. In the article, former Flagstaff mayor Coral Evans said although city council does not mind people having second homes in town, this demographic filled 25% of housing in 2018.

Clean energy advocate and lobbyist Amanda Ormond said she moved to Flagstaff six years ago due to the outdoor activities and quality of life.

“Many people moving out here evidently does have an effect on climate change, and the reason is for sustaining less water leading to drought,” Ormond said. “Obviously, there are incidents when there is too much water and there is flooding. When people move out to Flagstaff, more houses are required; this means trees need to be cut down, and that will impact how cool the day will stay.”

If the climate is drier, it risks forest health by potentially causing more wildfires and flood damage. For floods specifically, wildfires can counterintuitively burn root systems and subsequently increase water flows, as seen over the summer with flooding down the Museum Fire burn scar.

The more fires and floods happen, the more ecosystems are at risk. Climate also influences a range of conditions in the Ponderosa pine ecosystem of the Coconino National Forest, which, according to the United States Department of Agriculture and referenced in the city’s regional plan, may be particularly vulnerable to the warmer and drier climate of the future.

After discussing how the community can contribute toward and maintain an eco-friendly environment, Ormond said conserving energy is important. She explained individuals should support climate adaptation plans and goals.

Senior Courtland Kaye said Flagstaff cannot grow much beyond its current size due to state and federal protections on the surrounding land. He labeled this as essential because, in the future, the goal is to hold environmental impacts to the same standards as now. Kaye said he believes tourism causes some direct harm to forests, but by helping people learn to love the forests, tourism is indirectly good.

“Of course there is an impact on the environment, but I believe that’s OK,” Kaye said. “If we want people to care about natural resources, they must be allowed to hike, camp, fish and even live near the forests. If everything were walled off, nobody would care what happens to a place they’ve never seen.”

The Flagstaff Vulnerability document states winter recreation and tourists face high climate change vulnerability, although summer tourism is documented as low risk. Summer months, however, can lead to warmer and drier seasons at other times of year — a direct impact of climate change.

Lawrence Kings has lived in Flagstaff full time for a year, and said he is an avid mountain biker. Kings explained he is pleasantly surprised with how well trail systems are maintained around town.

“I think Flagstaff is unique because it provides so many trails and options so the environment stays in pretty good shape,” Kings said. “If this wasn’t available, people would go out and do different things, and that’s where much of the destruction comes from. But since the [Flagstaff Urban Trail System] system has a number of trail systems that everyone can enjoy, individuals tend to stick to these trails and not cause a lot of damage.”

Flagstaff Trails Initiative involves a range of pathways and networks that can be available and accessible for all individuals. According to the City of Flagstaff’s website, it aims to improve the quality and connectivity of outdoor recreation, while also providing a sustainable trail system that balances the demand for recreation with the community’s vision of conservation, development and health.

Ultimately, the more people travel to and live in Flagstaff, the more the ecosystem will be affected­­ — at least as a general principle. However, it is important for locals to try to help, keep up to date with the adaptation plans and attempt to learn about issues with the ecosystem. The environment can suffer at the hands of more people, but with responsibility, Flagstaff can keep its tourist-based nature.

Sorry, there are no recent results for popular videos.