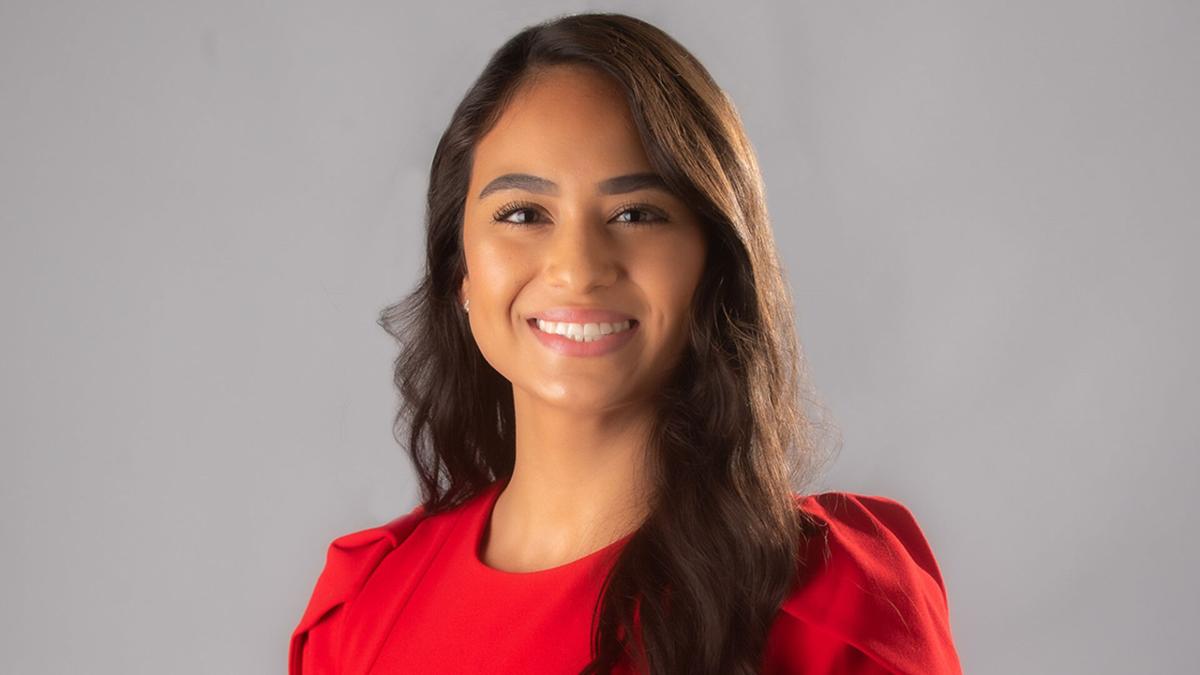 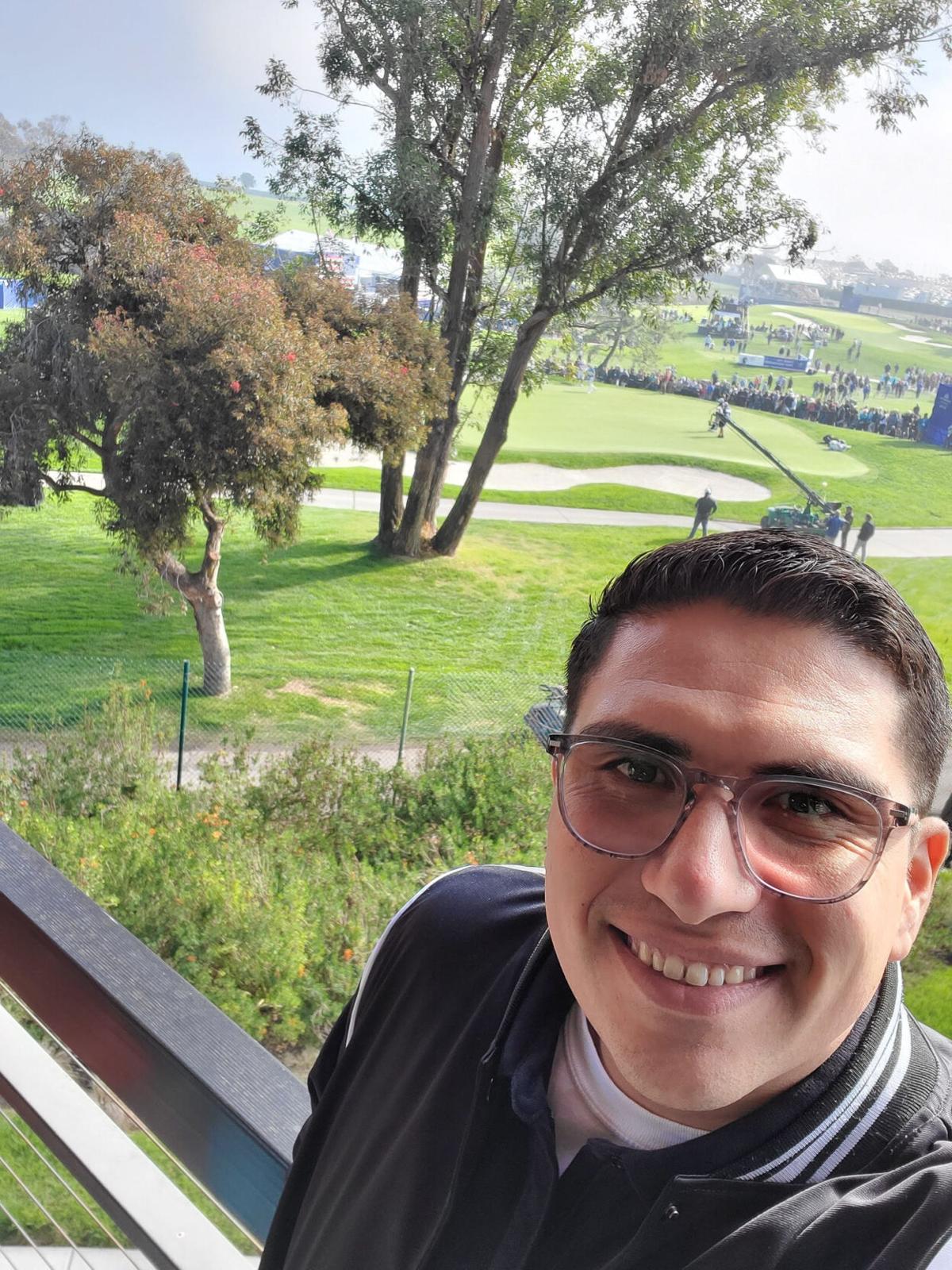 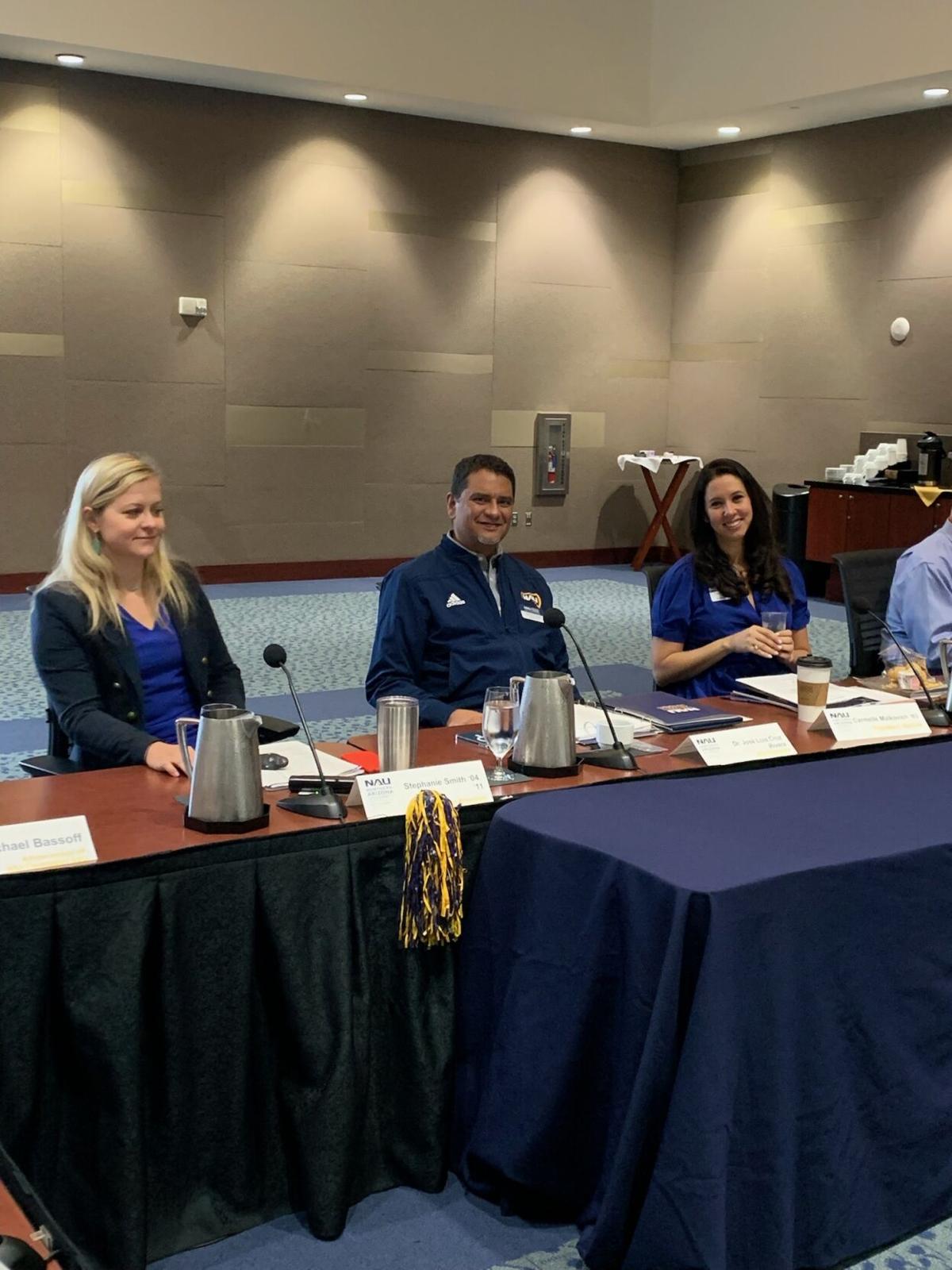 Carmelle Malkovich sitting on the right of NAU President José Luis Cruz Rivera (center) during a recent alumni board meeting.

Carmelle Malkovich sitting on the right of NAU President José Luis Cruz Rivera (center) during a recent alumni board meeting.

For many college students, life after graduation seems like a time bomb of real-world responsibilities that is ticking faster and faster as each semester passes. However, for those that have made it out the other side, the industry is not as daunting as they thought, thanks to their education and experiences at NAU.

Brandon Rivera graduated from NAU in 2014 with a degree in political science and women’s and gender studies, with a minor in ethnic studies. He is now working as an alumni board operations specialist at University of California-San Diego. Rivera was originally employed at another university upon graduation, but found he was unsatisfied with his work and decided to make a change. He promised himself that he would do something meaningful in fundraising or go to law school, and ended up at UC San Diego doing just that.

“I challenge the notion that a certain degree prepares you for a certain job, especially in [social and behavioral sciences],” Rivera said. “I’m admittedly not in politics, but I think my background in political science has prepared me for my fundraising job I have now.

“I think what NAU does better than other Arizona schools is that they are not just focused on how to get your first job, but they are focused on when you are in your career, arming students with the thinking capacity to make them a successful manager,” Rivera said.

Rivera stressed the importance of critical thinking skills and the ability to adapt to the changing job climate. He also said he is working in a field predominantly led by women and it is helpful to understand his colleagues on a deeper level, as well as use his education to make connections. Not only does a degree give college graduates a leg up in the workforce, but being involved in a multitude of different organizations, clubs and internships is crucial to an individual’s success, Rivera said.

Based on his newfound experience in higher education, Rivera criticized the university structure, noting that although the opportunities for these extracurricular activities are available, students are still underprepared. However, he listed NAU as an exception to this crack in the system.

“I think most universities do a pretty mediocre job of actually letting students know what their career options are,” Rivera said. “That is just the way universities are set up; tenured professors are not obligated to work in the fields that they teach, they are academics. They have very little experience in the actual job market that students will be in and that is a bit of a problem with higher education.”

Rivera explained students do not necessarily go to college to learn how to do one specific job. However, NAU stands out because it is the type of school which allows for a change in career later in life. The education is diverse enough that many students are able to maintain a multitude of skills that can be applied elsewhere.

Cristiana Ramos graduated from NAU in 2020 with a degree in broadcast journalism, a minor in civic engagement as well as a minor in creative media and film with an emphasis in documentary studies. Ramos is now a forecaster and multi-skilled journalist working at 12 News in Beaumont, Texas. She said from a young age she knew she wanted to be a reporter in order to represent her culture and community — who she felt was underrepresented in the media. This passion for representation and community outreach fueled her college years and helped her land her dream job as the first Latina forecaster at her station.

Ramos, another NAZ Today alumna, said the experiences she had at NAU were very impactful and gave her an advantage in the media industry. Ramos said she felt prepared going into the job force because of NAU’s smaller school experience and more hands-on education. She said the one-on-one time she got with professors and instructors made her feel like they cared about her education.

Ramos said her co-workers went to big-name schools, but she knew more than them and was more versatile and skilled. However, Ramos added, the practical and social aspects of such a competitive field was something that she was not prepared for, especially in a market dominated by white co-workers.

“I don’t think college and my experience prepared me for being a Latina in the industry, especially here in Southeast Texas,” Ramos said. “I received a lot of racial slurs and discrimination against me. It got better once people started knowing who I was, what I represented and offered to this community — they started really liking me. But it was really hard to balance all of that coming out of college where I did not experience these things at all.”

Despite the adversity she faced in the early stages of her career, Ramos said she is more than happy in her dream job and wakes up every morning excited to serve her community. As for students who don’t know exactly what they want to do post-graduation, Ramos said the most important thing is to find something they are passionate about and run with it.

“If college is not right for you, and you want to take a break and come back to it, I say do it,” Ramos said. “All I would say is to follow your heart, don’t follow what everyone else is saying. Really sit down with yourself and ask yourself, ‘What do I want?’ so that you are not wasting your time and find what you’re really passionate about.

“At the end of the day we are getting that degree to sell our time to working for the rest of our lives, so why not work in a field that you are extremely passionate about and wake up and love doing every single day,” Ramos said.

Carmelle Malkovich graduated from NAU in 2003 with a double major in public relations and advertising. Malkovich is now the director of communications at Dignity Health in Phoenix, and the NAU Alumni Association Board president. She credited her internships in college to her success after her degree and her ability to narrow down her career.

Upon entering college, Malkovich said she was undeclared, which gave her time to figure out what career path she wanted to embark on. She echoed the sentiments of Rivera, noting that NAU has a lot to offer when it comes to the skills that her educators instilled in her to make her not only a well-rounded student, but a well-rounded worker as well.

Malkovich said the real-world skills she learned gave her an advantage, but it was more than her education that got her to where she is today. Not only did her internships in the health care industry help her become marketable in the workforce, but her involvement on campus did as well.

“The thing that really prepared me for the workforce was the wealth of clubs and organizations NAU has to offer,” Malkovich said. “The sky’s the limit when it comes to that and I was very involved on campus. I really feel like being around a diverse group of people prepared me for the real world as well. However, you are scared when you enter the real world because you don’t know exactly what to expect, but the education I received at NAU did really help prepare me.”

Malkovich said she encourages students to take up a mentor to help guide them to their goals, as well as get involved in campus activities they are passionate about. Whether that be a professor, a trusted individual, or an alumni, she said it is important to be proactive about the goals students are setting for themselves now so that they can have the best approach possible.

The real world may feel beyond reach when sitting in a required math course or a freshman seminar, but the college experience can shape a person. Not everyone has a success story out of college, but one thing to remember is a major is not meant to box people in.