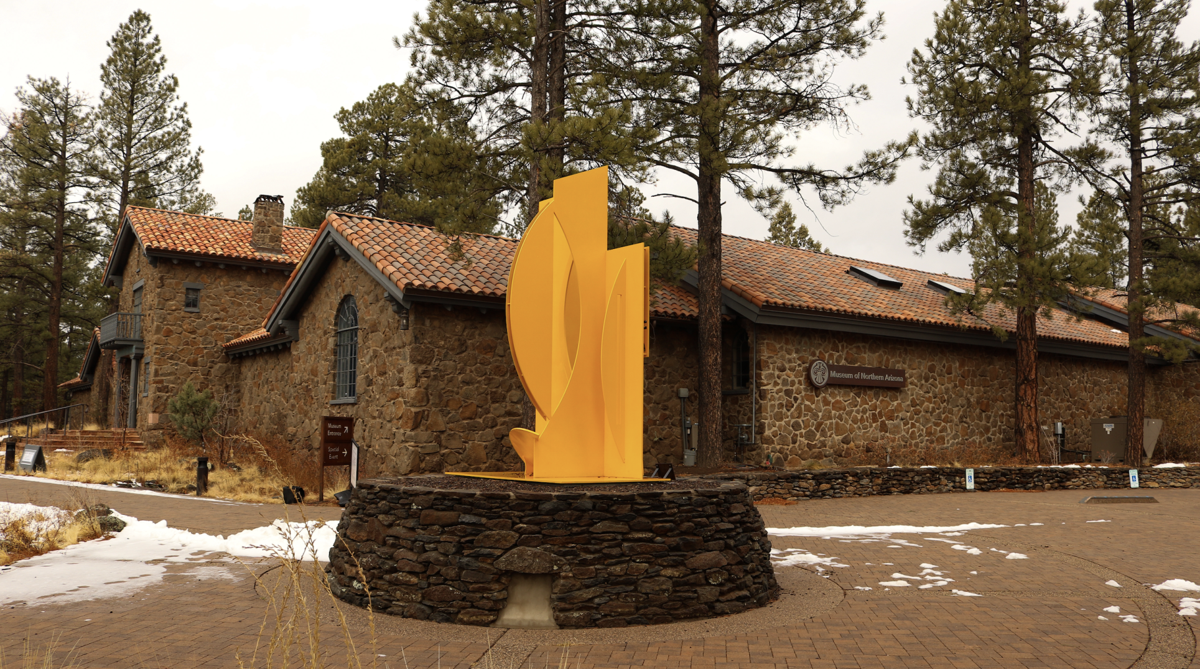 The Spring Stewardship Institute operates out of the Museum of Northern Arizona, Jan. 21. 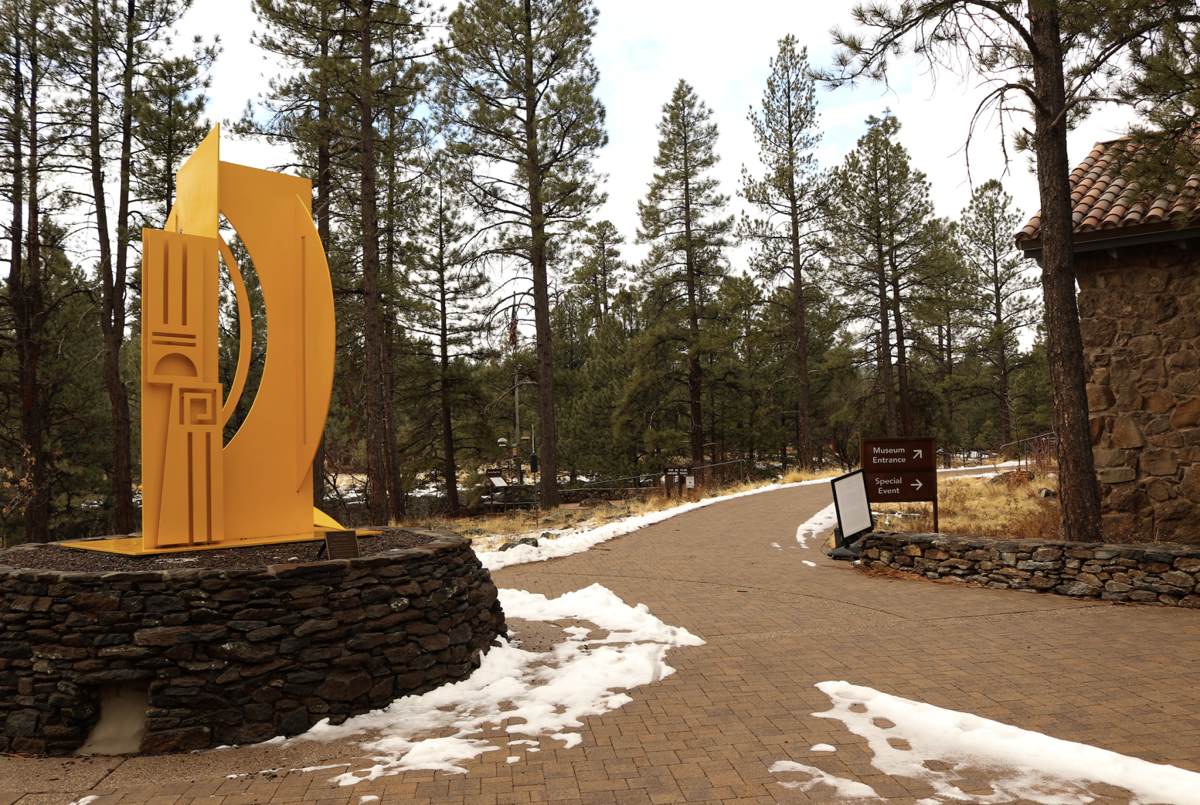 The Museum of Northern Arizona hosts and celebrates many artists and researchers, Jan. 21. 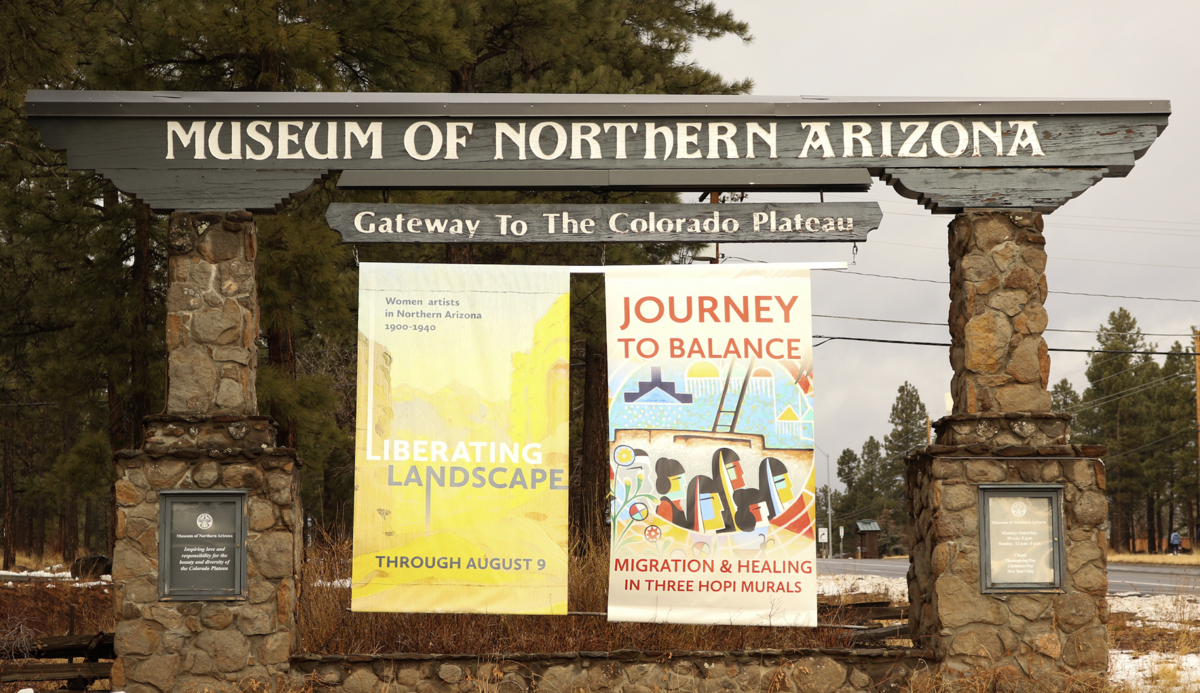 The Museum of Northern Arizona promotes different events they are continuously putting on, Jan. 21.

The Spring Stewardship Institute operates out of the Museum of Northern Arizona, Jan. 21.

The Museum of Northern Arizona hosts and celebrates many artists and researchers, Jan. 21.

The Museum of Northern Arizona promotes different events they are continuously putting on, Jan. 21.

Operating out of the Museum of Northern Arizona, the Springs Stewardship Institute (SSI) is a group of dedicated individuals striving to make changes in the Southwest United States rivers and ecosystems. Through many efforts, it has been able to make advances in the furthering of conservation in neglected ecological communities.

“The Springs Stewardship Institute is an initiative of the Museum of Northern Arizona and it’s designed to improve understanding of springs ecosystems and to facilitate communication among the managers of those springs,” Stevens said. “Some of those are private individuals, some of those are Indigenous tribes, etcetera. There is a very diverse audience there, but the purpose of the SSI is to facilitate discussion to improve the stewardship or care and management of springs ecosystems, and the reason we do that is because springs are neglected hotspots of biological and cultural diversity.”

The SSI is always finding new projects across the Southwest United States on the Colorado Plateau in states like Arizona and Nevada. According to its website, these projects stem from river conservation to wildlife research, providing crucial data needed to help keep an accurate record.

Stevens said while the vision of the institute is global, most of its current projects take place in the southwestern United States. The SSI’s current project is involvement with the Four Forest Restoration Initiative, which works to accelerate the restoration of forests and assist in fire protection. This initiative has the potential to locate more groundwater, which Stevens said is the most important source of spring water available.

“The four national forests in Arizona have teamed up to better manage the forests particularly in the face of global climate change by thinning, controlled burns and better management of the forests,” Stevens said. “Part of the expectation of that project is that by properly managing the forest and thinning them out, we may have more groundwater available.”

Stevens said SSI’s efforts to monitor the protection of spring snails have recently been completed and new work is launching in Nevada.

“We just finished a very big project looking at spring snail conservation in Nevada, and with a different project we have been mapping the springs of Nevada because we think there may be as many as 27,000 springs in that state and about 10 to 12 thousand in Arizona,” Stevens said. “At many Nevada springs, there are tiny snails called spring snails that live in the water of two or three springs, so they are highly endemic there.”

The institute has been working with stewards from Nevada and Arizona to create conservation plans for the area’s snails. These projects come from a variety of different sources and ideas. Stevens said some agencies, organizations and tribes reach out to them and ask for the team to come out and do inventories. After, it puts a team out on the ground and proceeds to find the springs and map them or describe the chemistry, flora or human impact on those springs.

Stevens said one of the new projects the SSI is excited to debut is the interactive online database. This new interactive resource was headed by Jeri Ledbetter, the program manager for the department of biology at the Museum of Northern Arizona, with the help of the programming system of the SSI. Stevens said this new addition allows users to access an index of information that can be easily navigated and find information gathered from various research projects.

The database has gone through many different revisions to allow the SSI team to work more efficiently with the other partners ranging from Sky Island Alliance  to other partners in Canada, Ledbetter said.

According to its website, the Sky Island Alliance is an organization that works to restore the diversity of wildlife and land in the Sky Island region near southern border states.

The first rendition did not allow for the most effective collaboration and as a result, Ledbetter and her team got to work creating the interactive database in use today.

“We migrated the database to Springs Online in January 2014, with funding from Sky Island Alliance, the Bureau of Reclamation and private donations,” Ledbetter said in an email interview. “This collaborative database allows us to work with partners much more easily. Currently, we have over 160,000 springs, primarily across the western U.S. and over 1,000 users.”

This new database has been long in the works to create the best possible resource for those interested in the conservation of springs ecosystems. Stevens explained the difficulties the team experienced while creating this new tool and how it got started with creating an entry in the database.

“It’s come about over the last eight years or so,” Stevens said. It has taken quite a long time to frame it so it will maximize utility to the stewards of springs. It’s a complex database, but it is very user-friendly so it doesn’t take very much information to actually get a survey started. It could be as simple as a survey data photograph of where the location is, or it could be a survey of all the biological and cultural human impact that you could possibly imagine out into that site.”

One of the best features of the SSI is the unique opportunities for volunteers. With different opportunities ranging from field research to data entries, there are plenty of ways those interested can get involved. Brianna Mann, a technician and springs data specialist at SSI, said there were lots of ways people could get involved.

“Normally we would have volunteers, but at the moment we do not have any volunteers due to COVID,” Mann said. “In terms of local Flagstaff, there is kind of a lot we can say about that. I think that getting people invested in water resources in the area is pretty much the first and foremost goal.”

Stevens said the SSI works really closely with the NAU campus. The SSI often has NAU students working in its office or out in the field. Some of SSI’s outreach in the community includes lectures given to the Museum of Northern Arizona or local elementary schools in and around Flagstaff.

One piece of advice Stevens had for all those interested in water conservation was to take a step back and look at conservation from a closer perspective. Stevens said in the big picture of global conservation, many crucial ecosystems are being forgotten.

“We care a lot about conservation, biological conservation and on a very broad scale and whole landscapes,” Stevens said. “Say, the Grand Canyon or the Pacific Rim, huge undertakings that are very complex and have huge voices and take a very long time to accomplish. In the case of springs, these are point sources of geological conservation.”

Stevens said there are over 10,000 point sources — or polluted areas — of conservation in Arizona alone, which have been neglected. The institute’s perspective is to add these springs to the overall portrait of conservation.

The SSI has been able to create lasting changes in the protection of these vital sources of life. The organization continues to create innovative resources to help get people involved and interested in this community effort to preserve ecosystems.