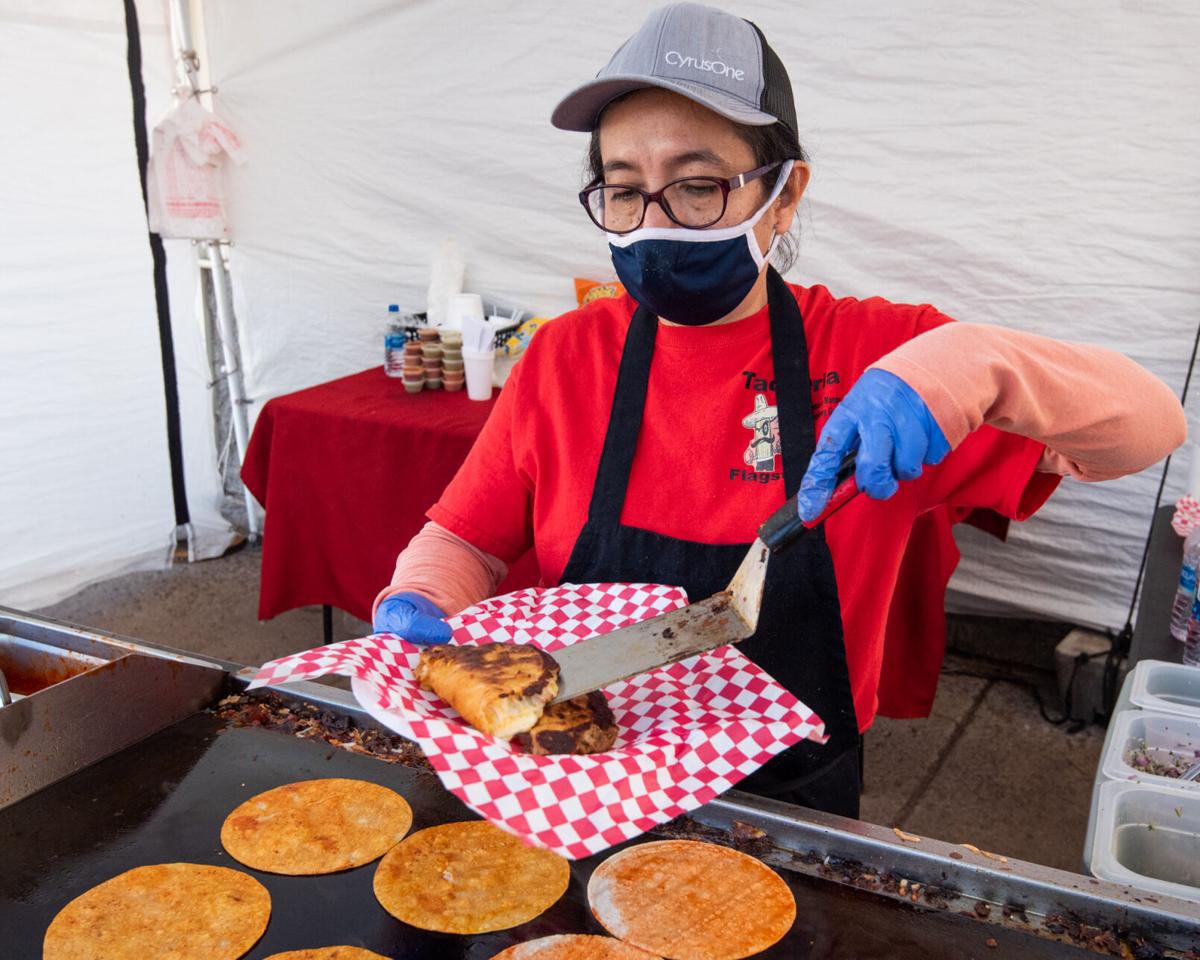 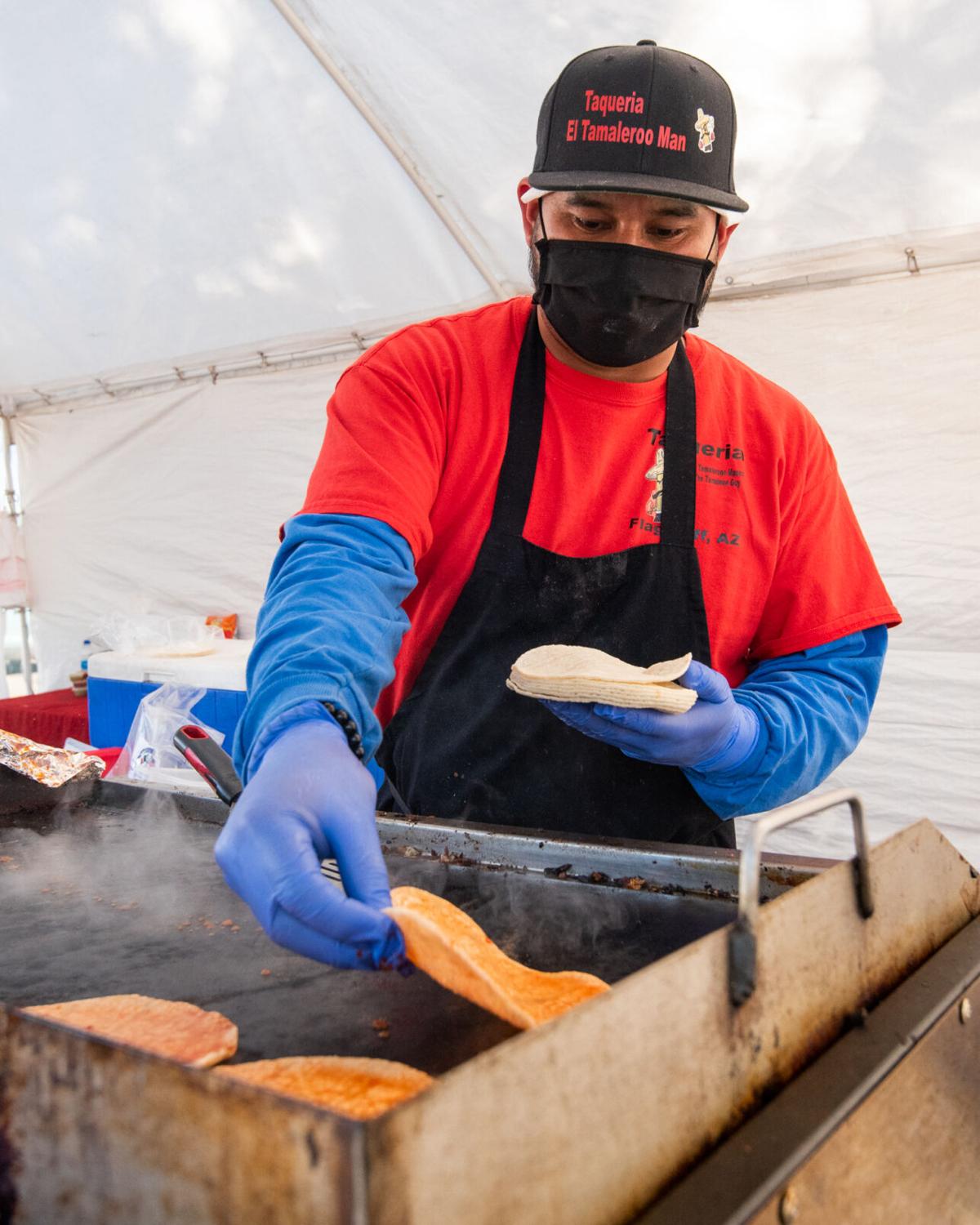 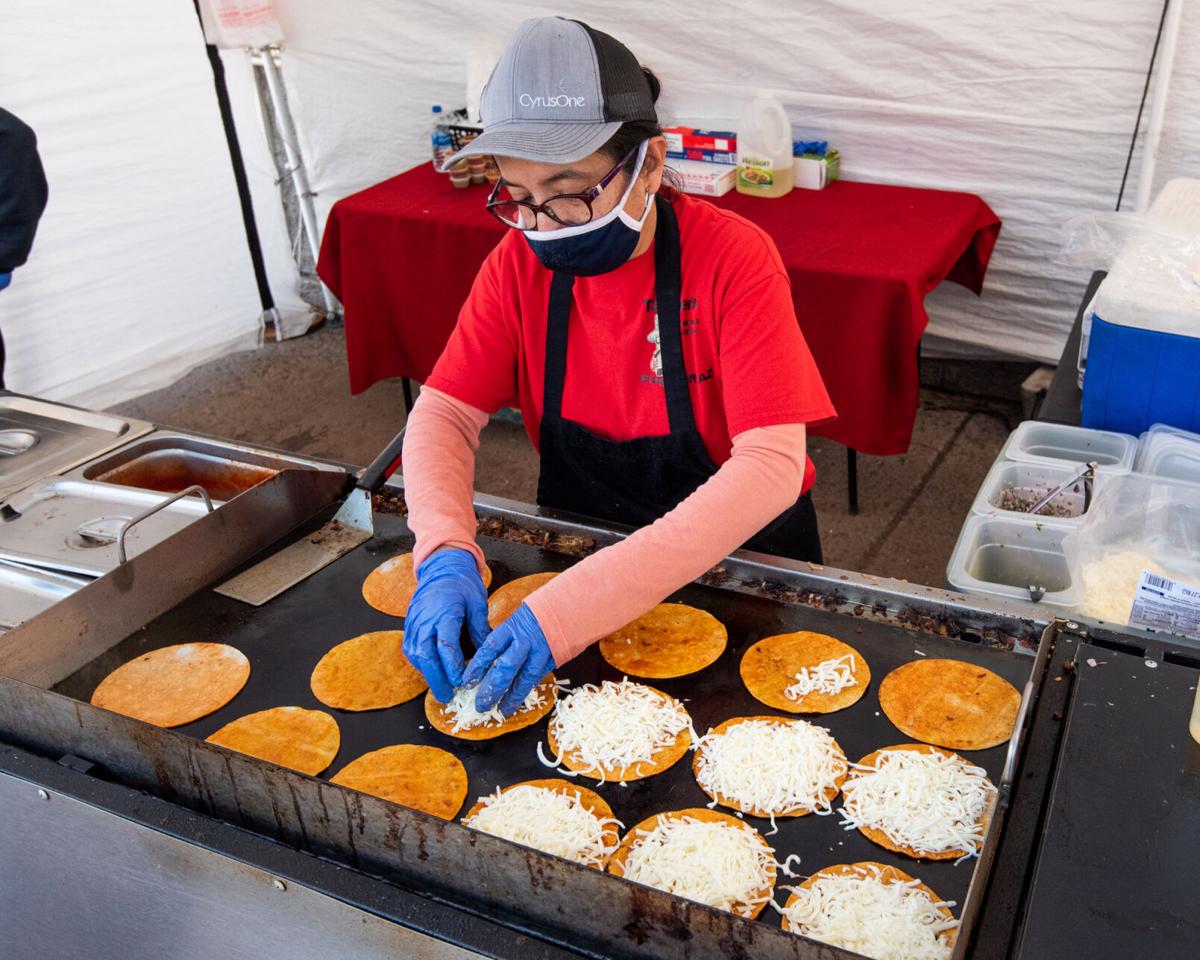 Rosa Alueno places cheese on a griddle of tacos, March 28. 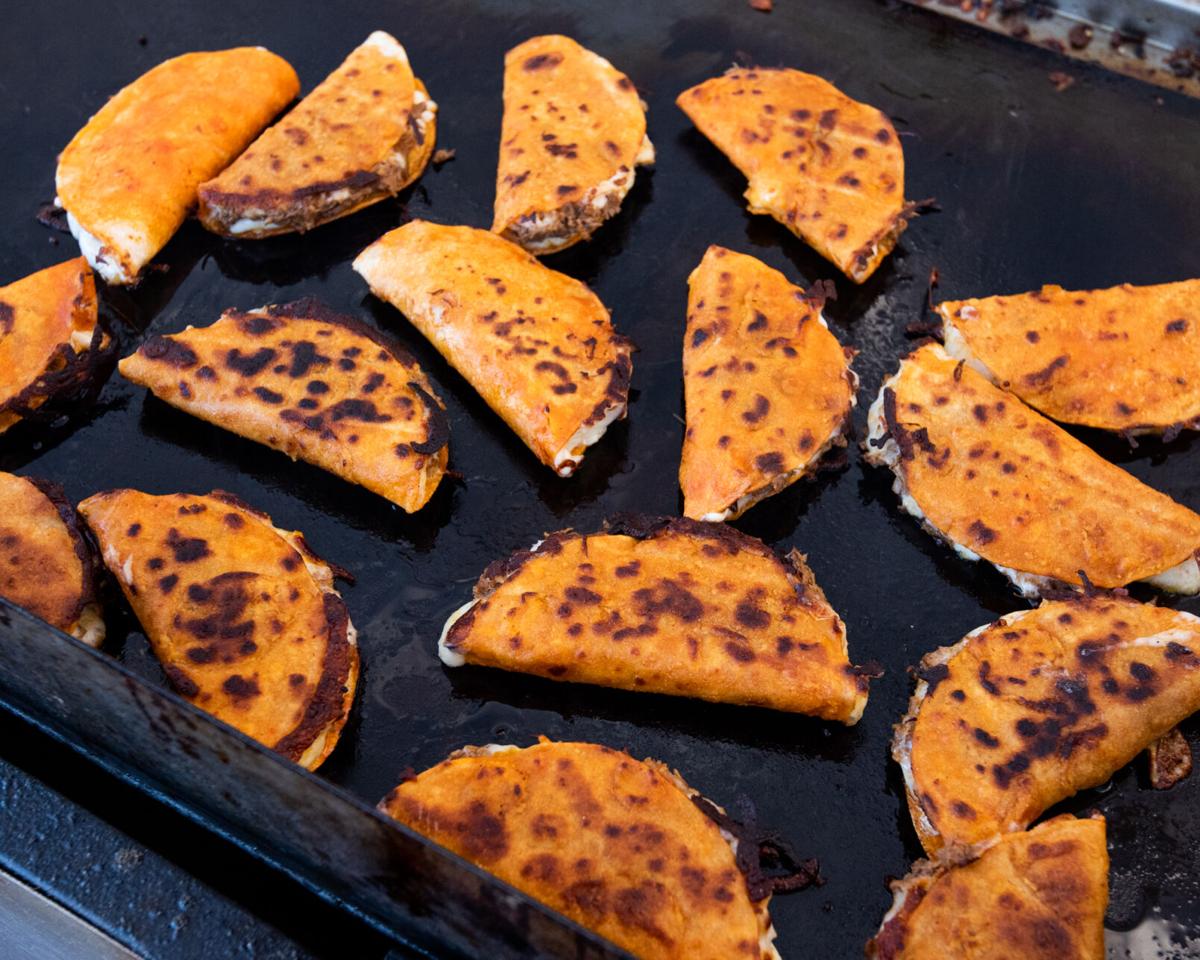 Rosa Alueno places cheese on a griddle of tacos, March 28.

Scrolling through any Instagram foodie’s profile, one dish stands out among the rest — the birria taco. It’s a Mexican specialty making hungry social media users everywhere ask the same question: Where can I get one of those? In Flagstaff, a new spot right off Route 66 is serving up birria tacos, quesatacos and plenty more — even ramen — for customers to satisfy cravings. El Tamaleroo Mann is the new hot spot for Mexican cuisine in Flagstaff, and the couple behind the popular food stand said they are here to stay.

When Valeria Alcoser and Everardo Orozco moved from Los Angeles to Flagstaff, they started selling tamales to make ends meet. Alcoser said she suggested to her husband they start selling birria tacos, since they saw how popular the tacos were in L.A. However, the road to where they are now was bumpy, Alcoser said.

“We tried [making birria quesatacos] and the first time, it was horrible,” Alcoser said. “The first time they came out bad, but, you know, he got used to it. He learned how to master the tortilla and we put our little touch to it.”

While learning to make the tacos was difficult, Orozco already had experience in making the birria itself. In his hometown of Santa Ana, California, birria has always been a staple.

“Any party you go to, it’s all birria all the time,” Orozco said via translation by Alcoser. “There’s not an event where they don’t have birria.”

Bringing that tradition to Flagstaff was an easy choice for Orozco. Alcoser explained the nature and small-town feel of Flagstaff reminded her husband of his hometown and gave him the inspiration to start their small business. She said they wanted to start something, but did not know what it was. Eventually, El Tamaleroo Mann was born from that feeling.

Their popularity since then has exploded, with students especially gravitating toward the taco stand due to their strong social media presence. Sophomore Ellie Shew said she found out about the taqueria from Instagram and could not wait to try it out for herself.

“I had never found a really good Mexican food place here in Flagstaff, and it looked really yummy,” Shew said. “And the prices were pretty good, too.”

Shew highlighted the great service she experienced when visiting El Tamaleroo Mann. She said she placed her order via Instagram and only had to wait five minutes after arriving for her order to be ready. She also noted that those working at the food stand were pleasant in her interactions with them.

Shew said having an authentic Mexican food restaurant in Flagstaff was a great discovery.

“I normally just went to a fast food restaurant, but this was a good restaurant to find,” Shew said. “The service was also really good, but the food — they were really big portions, especially for the price.”

Junior Neida Del Real was also excited to have a place like El Tamaleroo Mann in town, having discovered the taqueria through social media. She felt their activity on platforms such as Instagram and TikTok made them more accessible and visible to young customers such as students.

Del Real echoed Shew’s praises of El Tamaleroo Mann’s pricing and portion sizes. She said the prices at the food stand were reasonable considering how much bang one gets for their buck. However, it was the overall quality of the food that made her so enthusiastic to try it out.

“The first post I ever saw from there was about their ramen and tacos,” Del Real said. “Not only did it look really yummy, but being Mexican myself, it looked like authentic Latino food after I checked out their Instagram profile — some more which made it more appealing to try.”

“I think that shows that you don’t always need a big fancy building to produce good food in the end,” Del Real said.

Already, El Tamaleroo Mann is making waves in the city. Alcoser said her vision for the taqueria is to make an impact on the community and to be a part of Flagstaff’s history.

The co-owners said the taqueria might be experiencing some changes when it comes to location and hinted a permanent location was something they were working on. Alcoser said wherever they were located, she felt their customers would follow.

Regardless of where El Tamaleroo Mann is located, Alcoser said her goal remains the same.

In terms of staying up-to-date, Alcoser said social media was the best way to stay in touch with new developments at El Tamaleroo Mann.

“Stay tuned, get connected with our Instagram and we’ll be shortly announcing something really great,” Alcoser said. “[We are] just thankful for everything that has happened, and we’re here to stay.”

A hallmark of the power of small businesses, El Tamaleroo Mann is making its mark on Flagstaff one day at a time. With customer testimonies like Shew’s and Del Real’s on top of its rapidly rising popularity, the local spot is quickly becoming a Flagstaff favorite.