Skip to main content
You are the owner of this article.
Edit Article Add New Article
You have permission to edit this article.
Edit
Home
LJ in the UK
News
Opinion
Features
Culture
Sports
Multimedia
Gallery
PRINT EDITION
Search
1 of 3 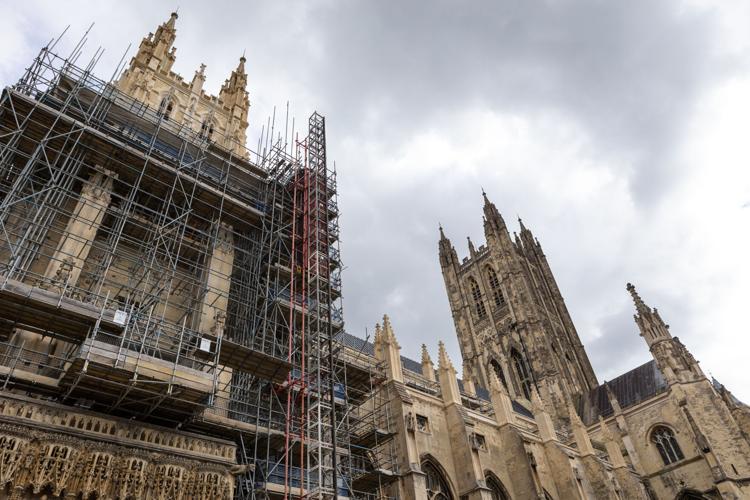 The west towers of Canterbury Cathedral are covered in scaffolding for repairs and restoration in Canterbury, Kent, May 24. The restoration project has been ongoing for the past eight years. 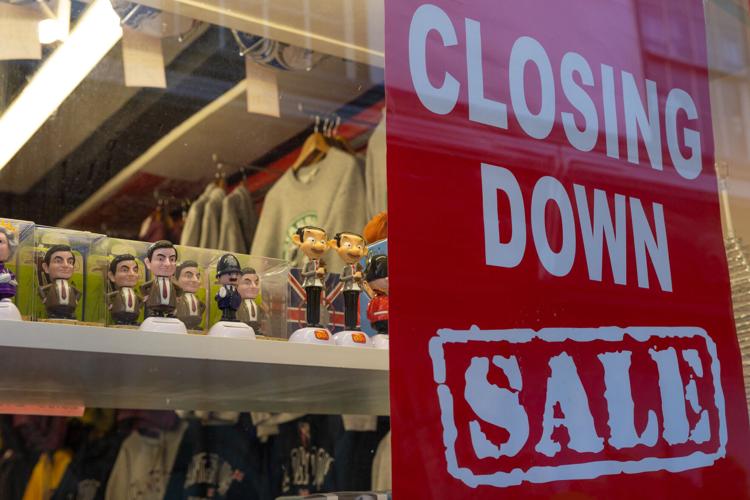 A closing down sale sign hangs in the window of souvenir shop Little London in Canterbury, Kent, May 20. 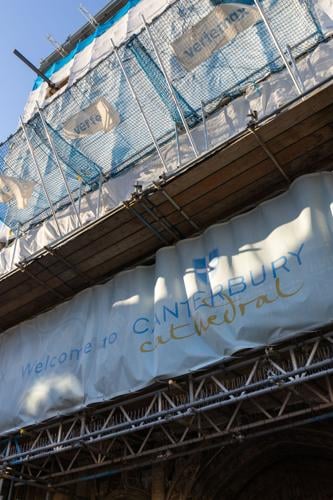 The entrance to Canterbury Cathedral is covered in scaffolding for repair work, May 20.

The west towers of Canterbury Cathedral are covered in scaffolding for repairs and restoration in Canterbury, Kent, May 24. The restoration project has been ongoing for the past eight years.

A closing down sale sign hangs in the window of souvenir shop Little London in Canterbury, Kent, May 20.

The entrance to Canterbury Cathedral is covered in scaffolding for repair work, May 20.

Recently, the Parliament of the United Kingdom has used the phrase, “Levelling Up” to describe ways to improve the economic inequalities across the country. The latest version of the “Levelling Up” plan was proposed in February by Michael Gove, secretary of state for housing, communities and local government in the U.K. The goals listed in this plan included the improvement of social services and education as well as public transportation, as stated in a February BBC article. Gove stated the objective of the plan is to “shift both money and power into the hands of working people.”

However, this plan contains no new funding and is described as a redistribution of taxpayer funds — these funds would be directed away from the central government and back into the budgets of local governments and councils.

Ben Fitter-Harding, a Conservative party councillor and current leader of Canterbury City Council explained the broad benefits of the “Levelling Up” plan across the U.K.

“If the broader “Levelling Up” goals are achieved then they promise a more equitable society that delivers opportunity for all and skills needed to exploit the modern economy,” Fitter-Harding said.

Chris Cornell, a Labour party councillor for Canterbury City Council, explained how the plan would affect the city of Canterbury.

The most money Canterbury’s council is able to bid for from the “Levelling Up” Plan is 20 million pounds, Cornell said. This lump sum of money would be put toward the redevelopment of several gardens around the city as well as refurbishing the historic city walls, among other ideas.

While Cornell said Canterbury could benefit from the redistribution of local funds, he also explained his concern that the areas that are most in need of economic assistance are not being targeted enough.

“I can’t understand why the money wouldn’t be better concentrated on areas of economic deprivation,” Cornell said. “Regions such as Thanet or Dover. I think it’s good that we are getting the money, but do I think that it is being concentrated in the right places? Probably not.”

Ben Seyd, a senior lecturer in politics at the University of Kent, said he feels skeptical about potential “Levelling Up” outcomes. Over centuries, the U.K. government has refrained from putting in serious effort to reduce the economic disparities between its various regions, Seyd said.

“I think if something is going to be done now to really ‘Level Up’ those areas of the country that have lower rates of GDP per head, the agenda’s going to have to be quite serious because previous efforts have been largely unsuccessful,” Seyd said. “I think what we would want to see is some serious cash invested in this. But I think that is almost impossible to comprehend, given the state of public finances.”

Seyd also described the true length of time that these economic disparities have been prevalent within the country. The issue dates back decades — potentially to the WWII era. Across these decades there has been a consistent economic divide between the Northern and Southern regions of England.

The most recent “Levelling Up” proposition is laid out in a long-term format. Though this means effects likely won’t be visible for several years, Seyd said he is skeptical of any positive outcomes at all.

“I think if there is going to be an outcome, then it’s going to be in the longer term,” Seyd said. “But I see no evidence that there is the money and policy commitment to actually make this work in the long-term.”

Though there may be some visible changes and impacts due to the plan in the short term, Fitter-Harding said he also anticipates the majority of changes will be fully implemented between the years of 2025 and 2030.

Despite the long-term proposal of this plan, Cornell explained local officials are still feeling the constraints of central government when it comes to spending the newly allocated funds.

Cornell said “Levelling Up” has created a detrimental, competitive atmosphere between neighboring cities. To combat this, he suggested allowing an extended grace period for local governments to decide where the money would best benefit the local economy.

“Let’s say you have 40 million pounds and you can spend it in Canterbury throughout the next four-year cycle, in whatever way you wanted,” Cornell said. “We’d have a far better opportunity to consult people.”

The funds, Cornell said, would be better spent on economic development rather than tourism. Canterbury itself would benefit immensely from reprofiling its economy to be less dependent on tourism, Cornell explained.

The city typically welcomes a large proportion of European tourists — vacationers and students alike. Brexit combined with the pandemic created a drastic drop in these short-term tourist numbers, Cornell said.

“I think [COVID] should have been a wake-up call to council because we are very heavily revenue dependent on car parks and shopping,” Cornell said. “When nobody is coming into town and retail spaces have less leases, it leaves the council particularly financially exposed.”

Overall, Cornell explained he views “Levelling Up” as simply the latest way Parliament has attempted to patch the leak that permeates the entirety of England — regional economic disparities.

“It was an idea led by the government to try and talk about dealing with inequity — that’s a good thing — but it’s a lot cheaper than talking about any infrastructure planning,” Cornell said. Infrastructure is key to how you deal with certain things. You need to solve the problem rather than just trying to patch up the problem that you have.”

A more sustainable approach to these inequities, Cornell explained, would involve a deeper look at the economic infrastructure of the country. If the central government was to invest more time and effort into a proper infrastructure plan, there would be a better system of healthcare provision, road infrastructure and hospital growth, Cornell said.

“I would spend [Levelling Up funding] in ways that would broaden the economy, like industrial projects,” Cornell said. “It would be nice to see a kickstart in some of the large scale infrastructure projects. We are still relying on central government very heavily for a new hospital. Something like that would be a far more sustainable infrastructure piece.”

Fitter-Harding’s perspective, however, places “Levelling Up” as an important political and economic piece that will advance the U.K. for the better.

“For me it's about demonstrating an understanding of the areas that need capital investment and setting out a vision of how we can transform them for the good of all and to generate wealth and prosperity for the generations ahead,” Fitter-Harding said.

While some, such as Cornell and Seyd, share the belief that “Levelling Up” will become another failed attempt to patch up the U.K. economy, others see it as a way to expand and improve the economy far into the future. However, time and patience will be the true deciding factor.