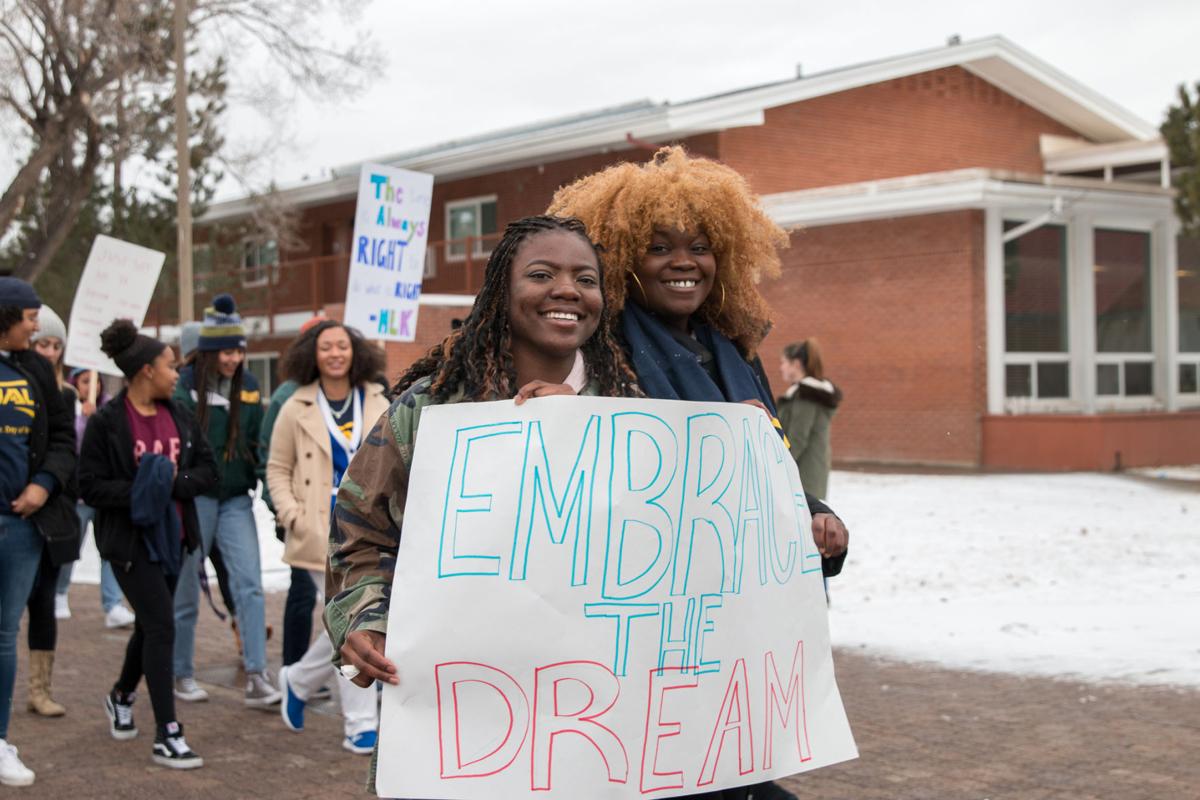 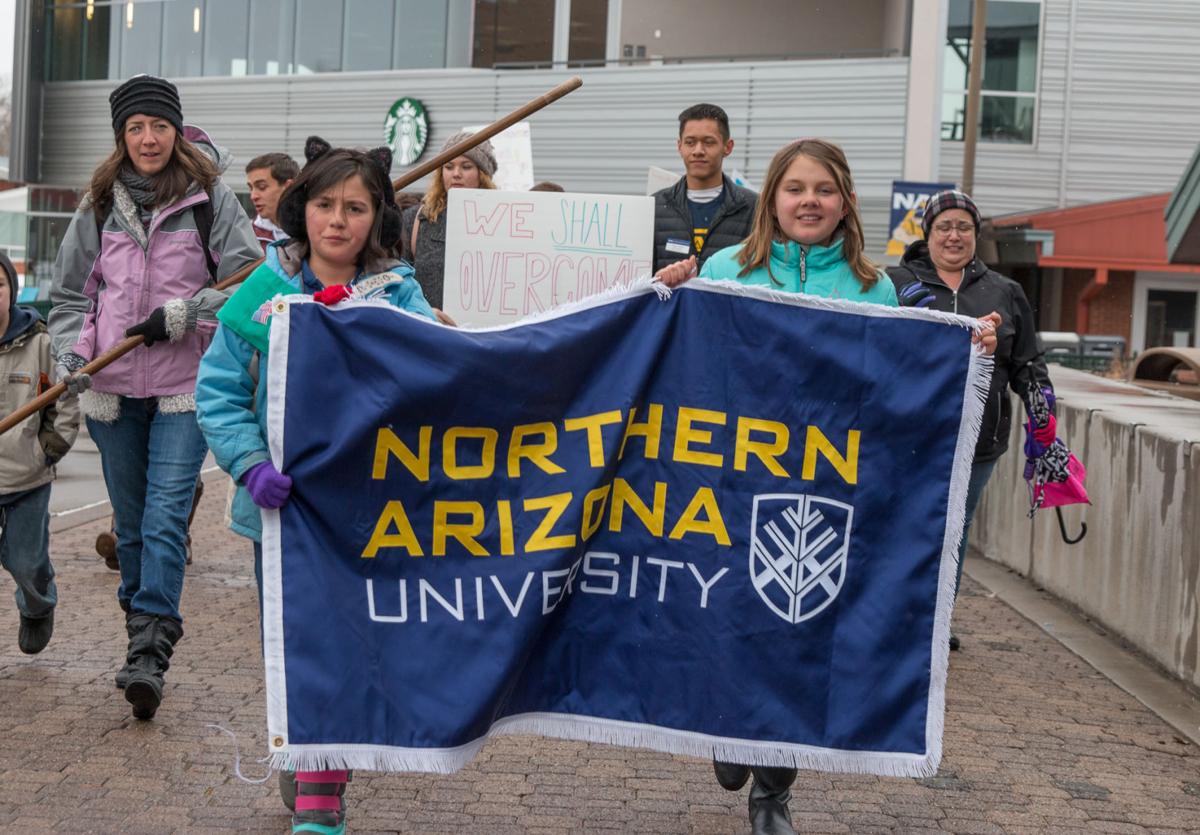 Even with classes being canceled for the holiday, over 100 NAU students, staff and Flagstaff locals still turned out to march through the falling snow in commemoration of Martin Luther King Jr. Day. The march began at the du Bois Center and went north along the bike path to NAU’s new Office of Inclusion located within the Fieldhouse.

Once everyone was inside, Girl Scout Troop 6525 lead everyone in reciting the pledge of allegiance in English, Spanish and Diné, the native language of the Navajo. Everyone was then invited to talk and participate in other various activities. In the office itself, marchers found a small community fair with booths and activities set up by various campus clubs, sororities and fraternities. The entrance area of the Fieldhouse had also been turned into a dance floor.

Some students who participated in the march shared their thoughts on the meaning of the holiday and the current state of racial relations within the United States. Senior Micah Karr explained he believed the day was a chance for America to celebrate unity.

"It’s an opportunity for us to celebrate unity in this country, for us to learn what it means to see the beauty in all ethnicities, cultures and races,” Karr said. “King was an advocate for those without a voice.“

As for racial tensions within the nation, he believed the problem started with a lack of understanding.

“Often times individuals from certain communities feel a certain way, and often times since we don’t share their experience, we struggle to relate," Karr said. "But for us to see [a] change in this world, it starts with us believing others about what they are talking about and affirming them as people."

Senior Lauren Banks believed the legal system within the U.S. was a source of racial tension as well.

“I think a big problem is fairness, especially in the judicial system. I’m from Wisconsin, which had one of the highest incarceration rates in the world,” Banks said. “So often it’s just ‘they’re black, arrest them,’ but when a white guy does the same thing they just say ‘whatever.’”

The state of Wisconsin gained national attention in 2013 following the release of a University of Wisconsin-Milwaukee study. It found that Wisconsin had the highest incarceration rate in the nation for black men, 13 percent at the time, which was double the national average.

Junior Erin Clem believes civility and respect are also at low levels in this country.

“On a personal level we can certainly be courteous and civil with people, regardless of whether we agree with them or not,” Clem said.

Banks agreed that even if someone doesn’t share a certain viewpoint, they still should be respected. She also spoke on how some think racial tensions are getting worse in the country.