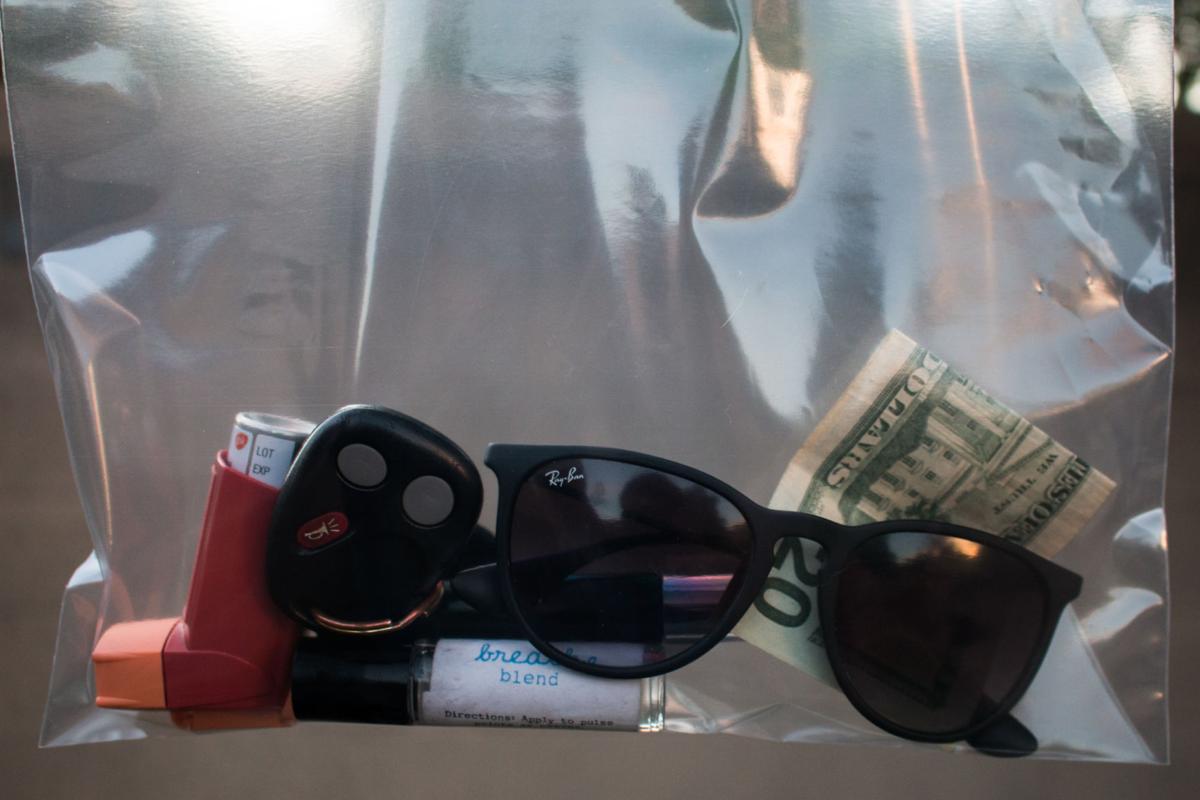 Personal items such as makeup and keys are a few of the approved belongings allowed in a clear bag to many J. Lawrence Walkup Skydome events. NAU has implemented a clear bag policy to enforce safety at on-campus events, Oct. 21, 2018. 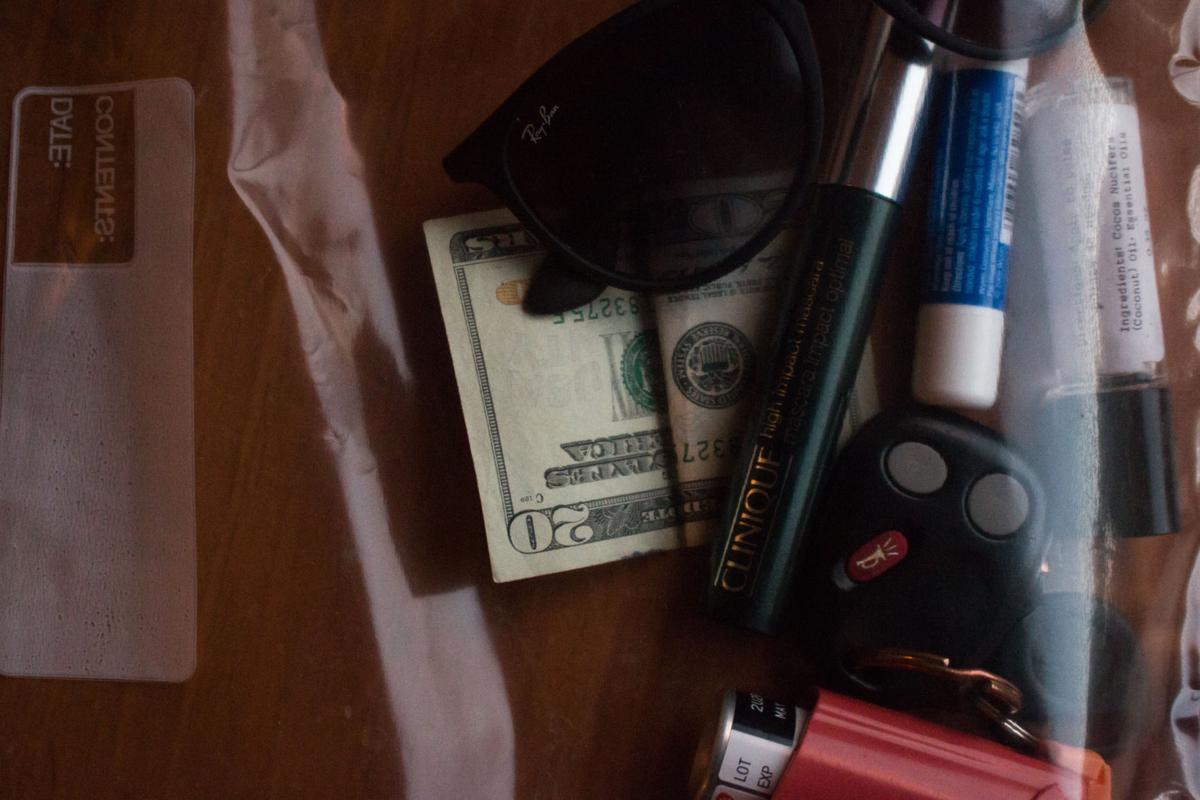 Guest attending an event at the J. Lawrence Walkup Skydome, such as graduation, are allowed one clear bag holding their approved belongings such as keys, makeup and prescription medication, Oct. 21, 2018. 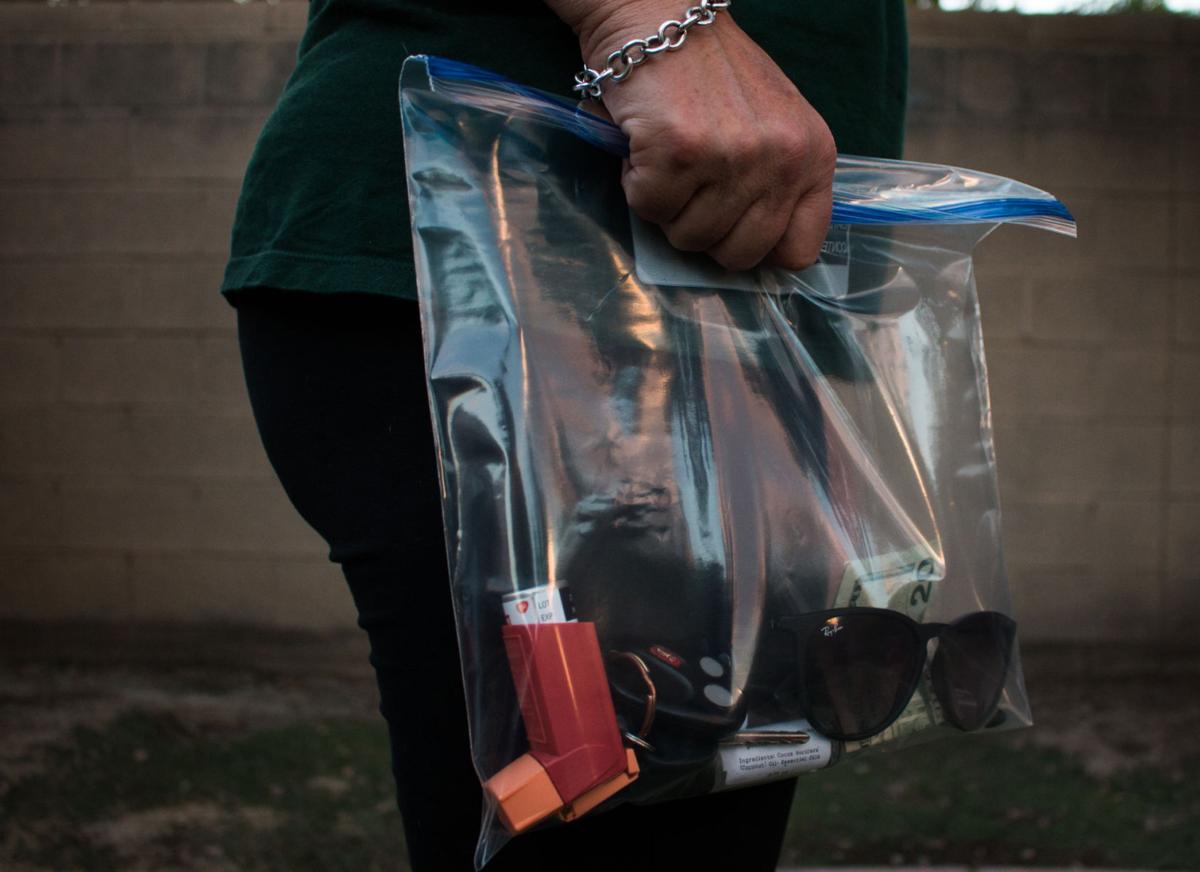 Personal items such as makeup and keys are a few of the approved belongings allowed in a clear bag to many J. Lawrence Walkup Skydome events. NAU has implemented a clear bag policy to enforce safety at on-campus events, Oct. 21, 2018.

Guest attending an event at the J. Lawrence Walkup Skydome, such as graduation, are allowed one clear bag holding their approved belongings such as keys, makeup and prescription medication, Oct. 21, 2018.

Officials seem to be pleased so far with how the clear bag policy has changed security at the Walkup Skydome.

The clear bag policy has been put in place at the Walkup Skydome since last spring as a way to help improve security. Officials have noticed benefits, such as decreasing entry time to certain events, including football games on Friday for Flagstaff High School.

As for the policy itself, anyone trying to go into the Skydome is allowed one approved clear bag as well as one small clutch purse for privacy.

“When you look at the customer service side of attending an event, it really does speed things up once the word gets out. You’re not checking every single bag every single time because either the bag is clear or people have opted to not bring a bag,” said Tritschler.

He further explained the policy was originally put in place to help enhance the security for events at the Skydome, easing the minds of both those attending events and those working security.

NAU spokesperson Kim Ott agreed with Tritschler that safety was the goal of the policy.

“This proactive measure has enhanced security inside and outside of the Dome where larger events take place while making the security screening process more efficient,” said Ott in an email.

How this policy is enforced has been a question for some people. Tritschler stated a big part of enforcement has to do with educating the general public and the workers within the Skydome walls on what is required of them by the policy.

“When it comes to enforcement, basically, we have either dome staff or private security that work the special events,” Tritschler said. “We create a training for them where tools are provided including flashlights, wooden dowels and bins for people that empty their pockets or remove items.”

He further explained the clear bags do help improve the state of security for those attending any game within the Skydome.

It helps prevent people from sneaking in not only weapons, but alcoholic beverages, drugs and other items prohibited within the Skydome. It enhances the safety of not only the public, but also the athletes who are participating in the game and as Tritschler stated earlier, it is making it easier to get into events.

“From both standpoints, it’s kind of a win-win for the public,” Tritschler said.

There is also a stand that people are able to set down their bag to see if their clear bag is small enough to be taken into the dome.

“Clear bag policies have been implemented at most other large venues around the state. This policy also supports the Department of Homeland Security’s ‘If You See Something, Say Something’ campaign,” Ott said in an email.

The NAU provided training helps keep the employees who work at the Skydome well aware of any unacceptable item and it helps to keep a safer and easier work environment for them.

“The clear bag policy that was put in place for large university events, including select athletic competitions, is a best practice for providing a safe environment for fans and spectators at events nationwide,” said Press. “Enhanced security is always a priority at all NAU athletic events, and this policy will increase the safety of the overall experience for our fans and students who enjoy cheering on the Lumberjacks.”