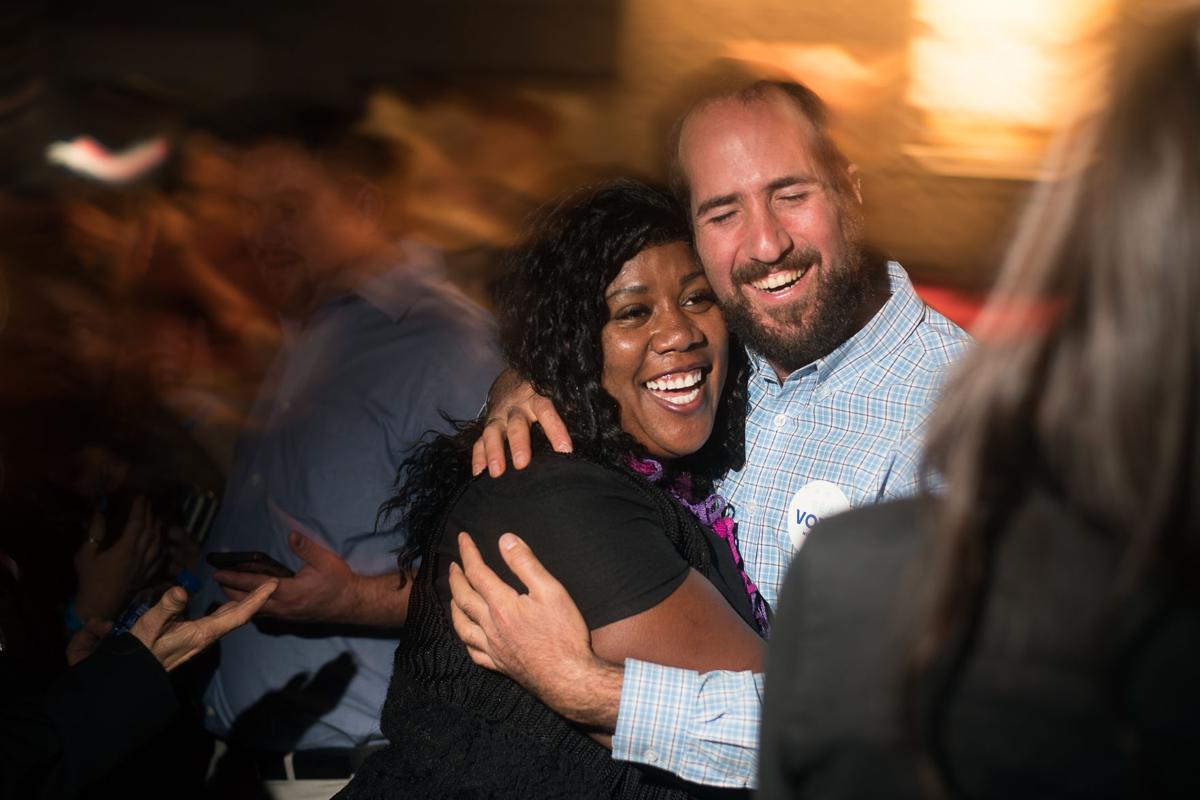 Flagstaff mayor Coral Evans and City Council candidate Adam Shimoni embrace after Evans is elected to a second term, and Shimoni wins a city council seat and the position of vice-mayor Nov. 6, 2018 at the Orpheum Theater. 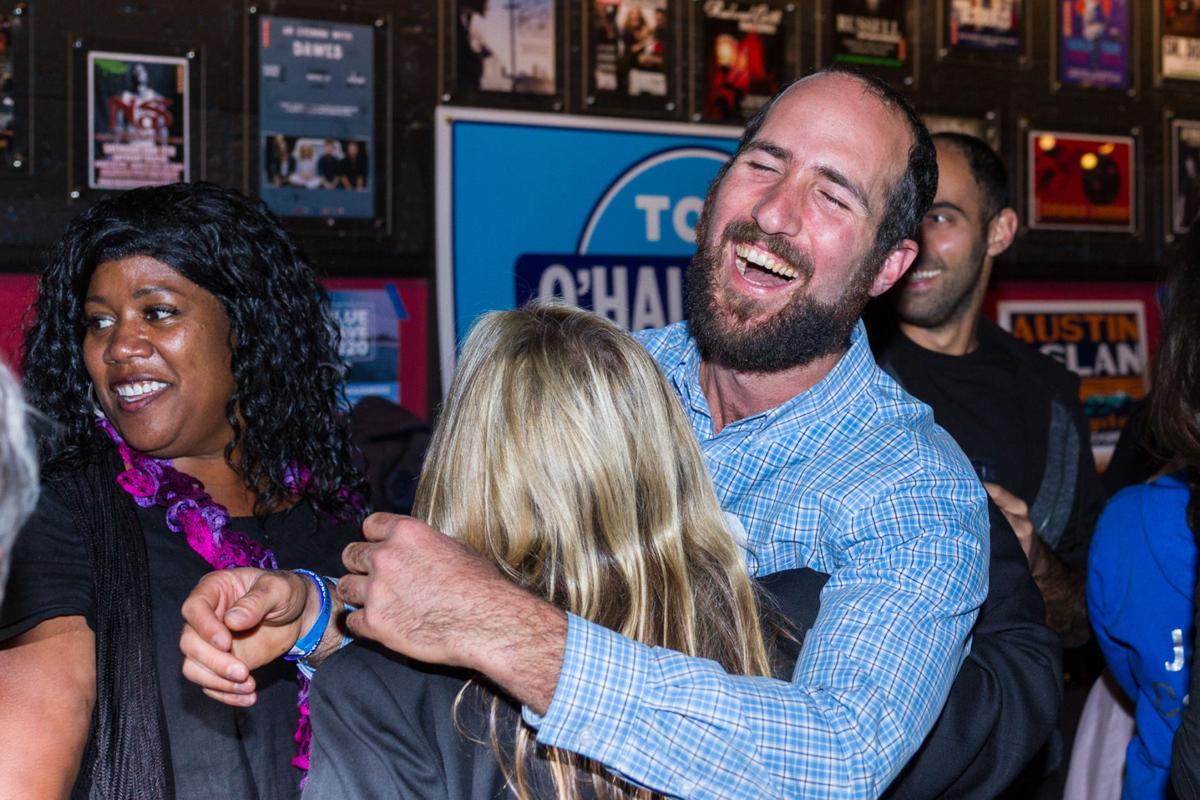 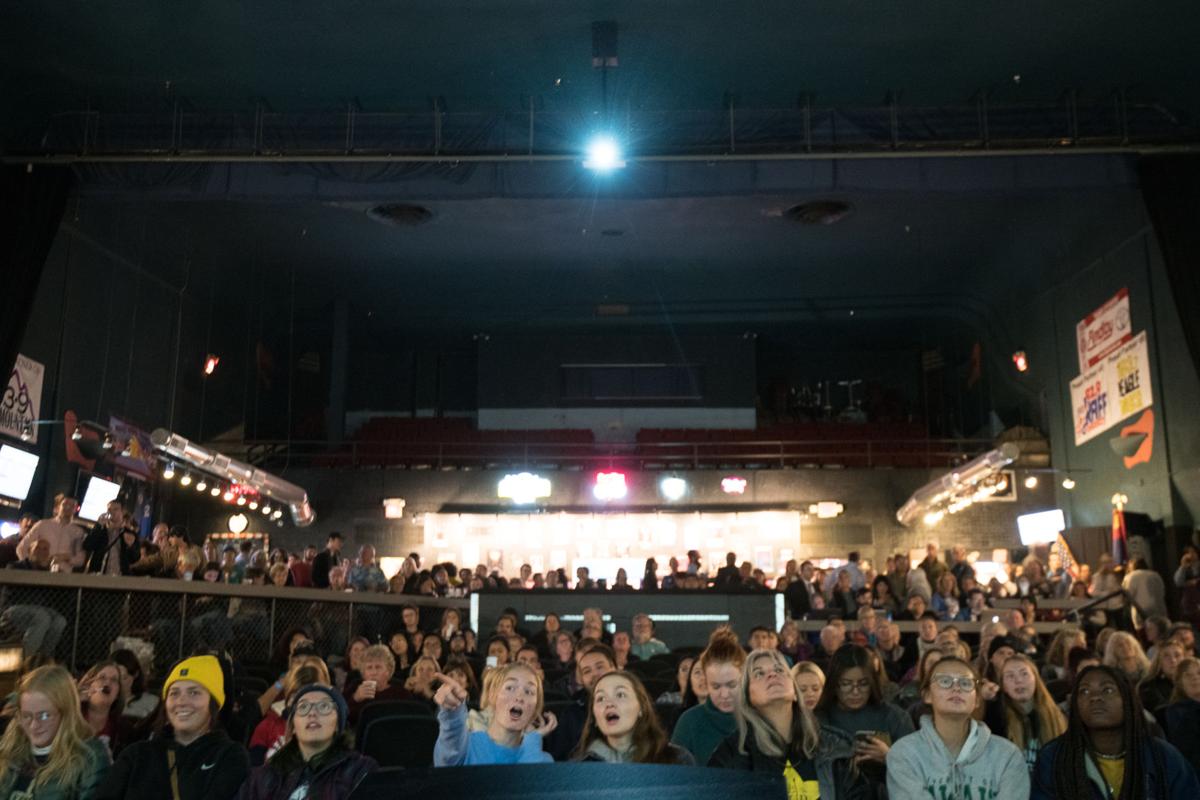 Attendees of the Coconino County Democratic watch party watch MSNBc's coverage of the midterm elections Nov. 6, 2018 at the Orpheum Theater.

Flagstaff mayor Coral Evans and City Council candidate Adam Shimoni embrace after Evans is elected to a second term, and Shimoni wins a city council seat and the position of vice-mayor Nov. 6, 2018 at the Orpheum Theater.

Attendees of the Coconino County Democratic watch party watch MSNBc's coverage of the midterm elections Nov. 6, 2018 at the Orpheum Theater.

On election night, the Democratic party held a watch party at the Orpheum theater, which was open to the public. Various races were decided as the final ballots were counted.

In the City Council race, Adam Shimoni and Austin Aslan were the undisputed front runners.

“I’ve come into this race with my own personal passions. The difference was listening to people, finding out what the issues are and ranking those based on the conversations that I was having,” said Aslan.

Aslan said there is an opportunity to shape a better future for Flagstaff, one that prioritizes science, data, smart policies and innovative technologies.

Shimoni expressed his eagerness to represent Flagstaff and work with the community and his fellow councilmembers.

“I bring a skill set that helps bring people together and fuel productive conversations, so we can be effective and efficient as policymakers,” said Shimoni.

Shimoni said he wants to work with the Arizona Board of Regents to help shape NAU to become a more cohesive part of the community.

At press time, the third spot for City Council was a toss up between Paul Deasy and Regina Salas and were extremely close throughout the race. There will likely be a recount to determine the winner as Deasy was ahead by only 12 votes early Wednesday morning.

According to The New York Times in the race for Governor, incumbent Republican Governor Doug Ducey has virtually beat Democratic nominee David Garcia with a majority of 58.3 percent of votes, protecting his seat for the next few years.

Races for the U.S. House of Representatives were determined as well. Across the nation, the Democrats took back control, and the same was reflected in Arizona. The New York Times reported Tom O’Halleran narrowly won District 1 with 52 percent of the votes, Ann Kirkpatrick secured District 2 with 54 percent and Raul Grijalva dominated District 3 by winning 61 percent. According to The New York Times, Democrats locked down District 7 with Ruben Gallego's landslide victory of 84 percent and Greg Stanton earning 60 percent of votes in District 9.

Tom O’Halleran was content with the results of his race but was expecting the race to be closer.

“We had a few weeks of pressure toward the end but polling these days is almost irrelevant because of last minute changes and different media mechanisms that are out there,” said O’Halleran.

O’Halleran said voters and everyone involved in the campaigns worked hard to make a democratic majority in the House happen and referred to their dedication as their secret weapon. According to O’Halleran, with more Democratic seats on the national level, politicians will be more capable of working with republicans and achieve more bipartisan bills. However, the Democrats control over one more district than Republicans and historically there have been gridlock between the parties when power is relatively even.

Time will tell if both parties will work together and make progress.

"This is an exciting time for America," O'Halleran said.