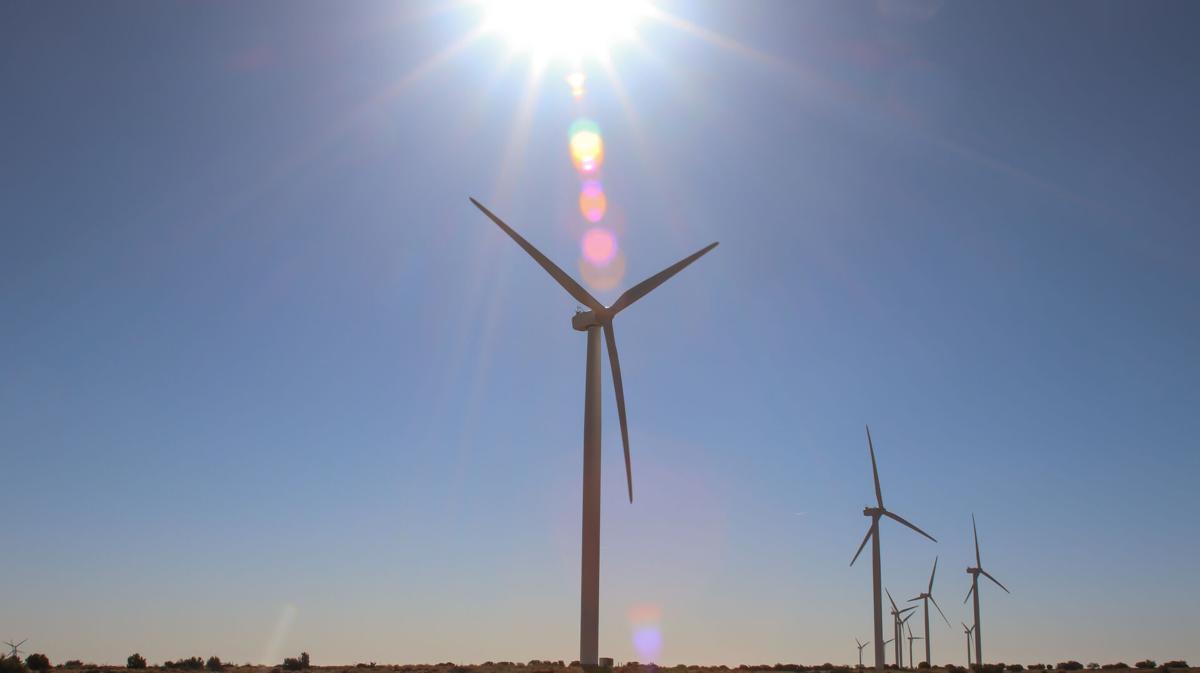 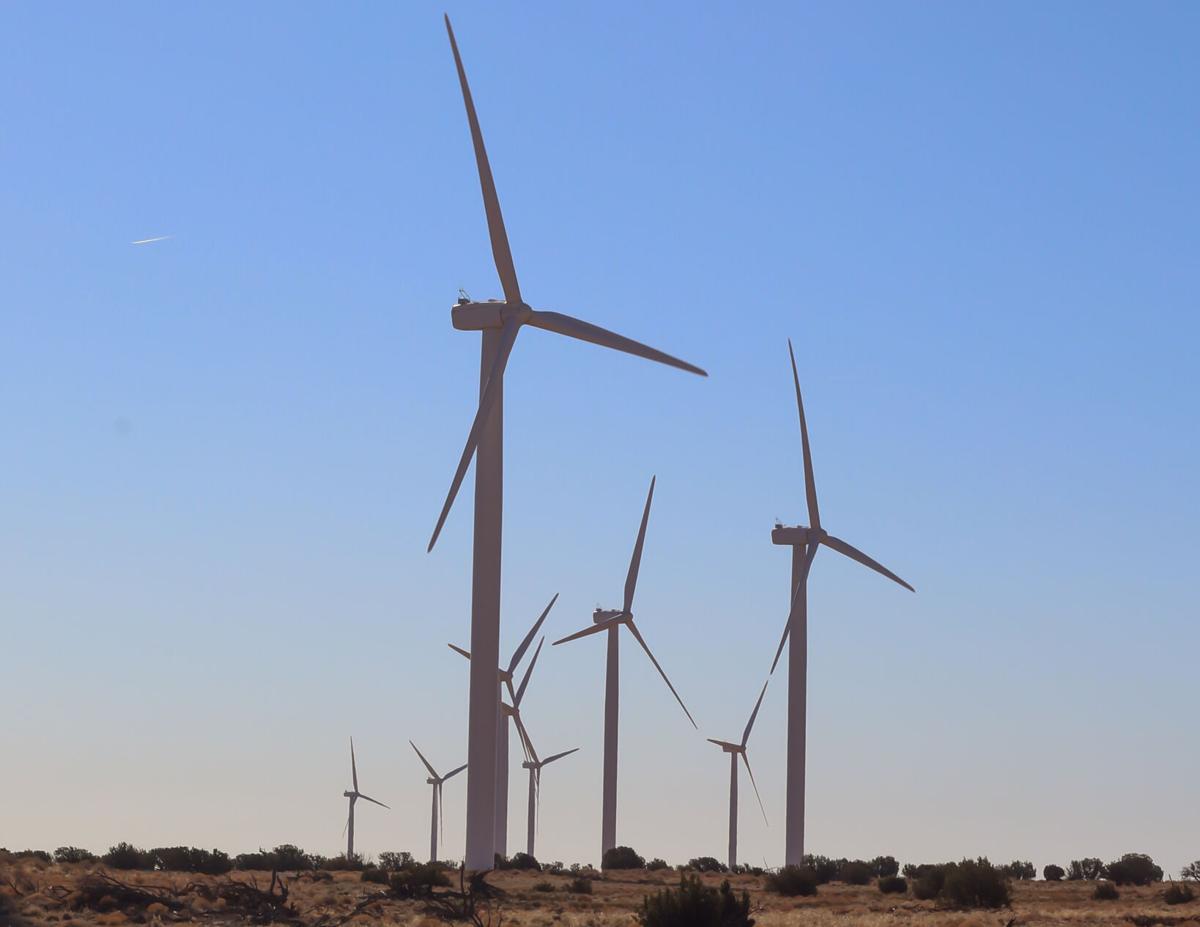 A wind turbine, or wind energy converter, is a device that converts the wind's kinetic energy into electrical energy, April 10. 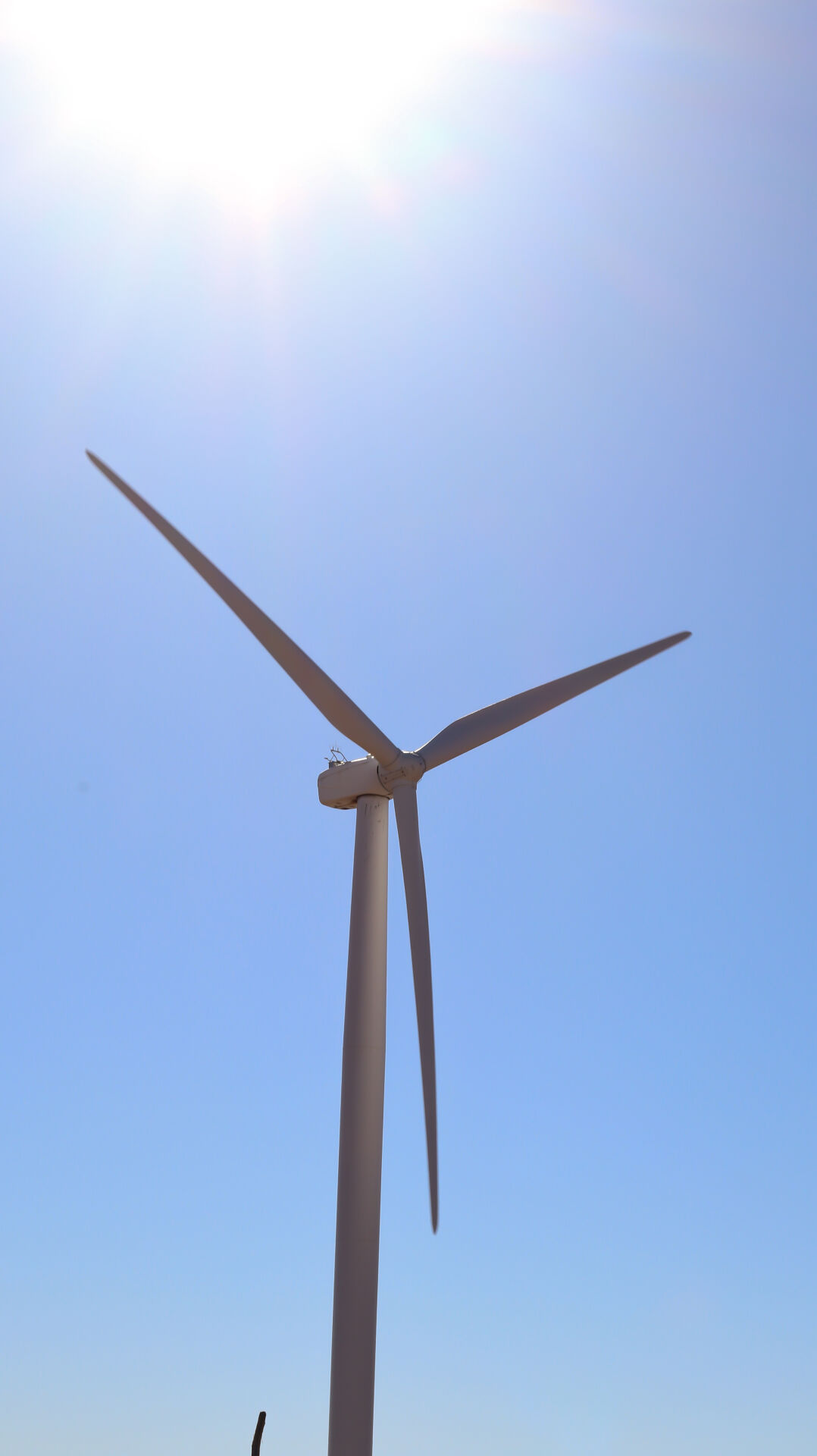 Arizona Public Service announced last year its goal to transition into 100% carbon-free by 2050 and 45% renewable energy sources by 2030, April 10.

A wind turbine, or wind energy converter, is a device that converts the wind's kinetic energy into electrical energy, April 10.

Arizona Public Service announced last year its goal to transition into 100% carbon-free by 2050 and 45% renewable energy sources by 2030, April 10.

NextEra Energy Resources, a Florida-based clean energy company, is awaiting approval from the Coconino County Planning and Zoning Commission to begin construction on a wind and solar farm 30 miles north of Flagstaff, on land owned by Babbitt Ranches.

According to NextEra’s website, the Babbitt Ranch Energy Center project will consist of different parts. If the project receives approval, NextEra will begin construction on 53 wind turbines at the tail end of 2022.

Based on the same project overview, wind turbines with a maximum height of 614 feet will be able to generate up to 161 megawatts of electricity in Coconino County.

The construction of these turbines will facilitate up to 250 jobs for local construction companies contracting with NextEra. After the wind facility is operational, NextEra stated four full-time jobs will be available for upkeep.

Bonnie Stevens, public relations consultant for Babbitt Ranches, said her employer’s aim is conservation and sustainability, while also noting the project will not jeopardize the land’s natural beauty.

“There is no evidence that noise will interfere with homeowners in the Valle community nine miles away; the closest residence will be five miles from a turbine,” Stevens said. “Adjustments already have been made to move turbines more than half a mile from the Arizona National Scenic Trail to prevent sound and sight impacts, [which is] another important value to Babbitt Ranches as the land company has been instrumental in the development and creation of the Arizona Trail for more than 25 years.”

Stevens went on to explain how the wind farm will coexist with the environment. In an effort to promote sustainability, the project will not be fenced off, leaving the land open for hunters, campers and hikers. Similarly, the cattle operations at Babbitt Ranches will continue and not be disrupted by the project.

The solar and storage facility, which takes up the latter half of this project, will use 450 acres of land for solar panels and batteries. Moreover, it will generate and store up to 60 megawatts of electricity for the area, according to the Arizona Daily Sun.

Conlan Kennedy, a communication specialist for NextEra Energy Resources, said she is excited about the project, and emphasized the importance of investing in the local community and Arizona as a whole.

“The Babbitt Ranch project would provide a boost to the local economy and indirect income to local businesses, including hotels and restaurants,” Kennedy said. “Our goal is to hire as many workers as possible from the local area where we construct our projects. The project would generate approximately $15 million in additional tax revenue for schools, libraries and other vital public services, benefiting the entire community.”

The Babbitt Ranch Energy Center is one of many avenues Coconino County is embracing to reach Flagstaff’s newly set goal of carbon neutrality by 2030. After declaring a climate emergency last year, Flagstaff City Council readjusted the original goal of an 80% reduction in carbon emissions by 2050, both raising the percentage and shortening the time.

Sara Kubisty, a community organizer for this declaration and climate justice director for the Arizona Students Association, said she is glad to see the implementation of projects which are shifting away from fossil fuels, but noted there is more work to be done.

“I think that any new clean energy project like this one is great for Coconino County and will contribute to the city of Flagstaff’s new goal of carbon neutrality by 2030,” Kubisty said. “The most important thing going forward is community involvement in this process. The climate community in Flagstaff played a huge role in the creation of this plan, having its roots in the climate strike in 2019.”

NextEra is scheduled to present its plan and potentially receive approval from the Coconino County Board of Supervisors this summer.