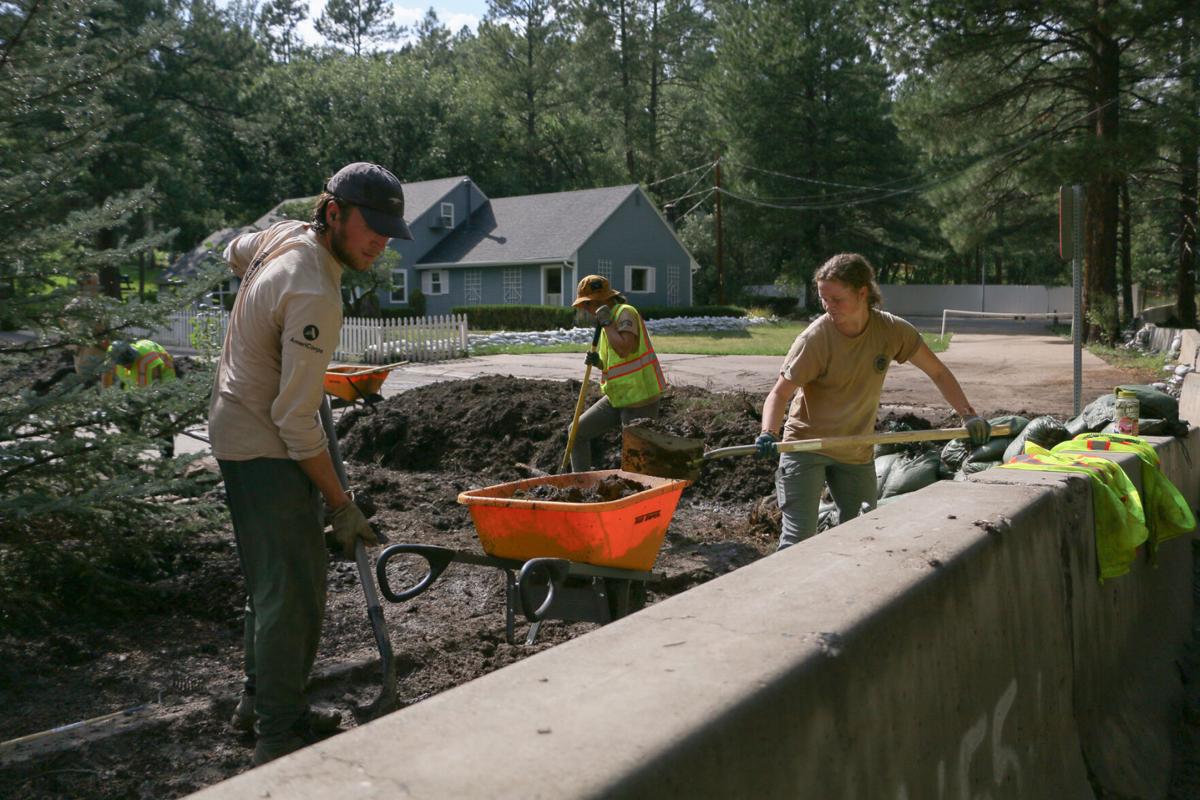 Volunteers from the Southwest Conservation Corps from Durango, Colorado, help clear sediment deposited around a home by floodwaters in Flagstaff’s Sunnyside neighborhood, Sept. 4. 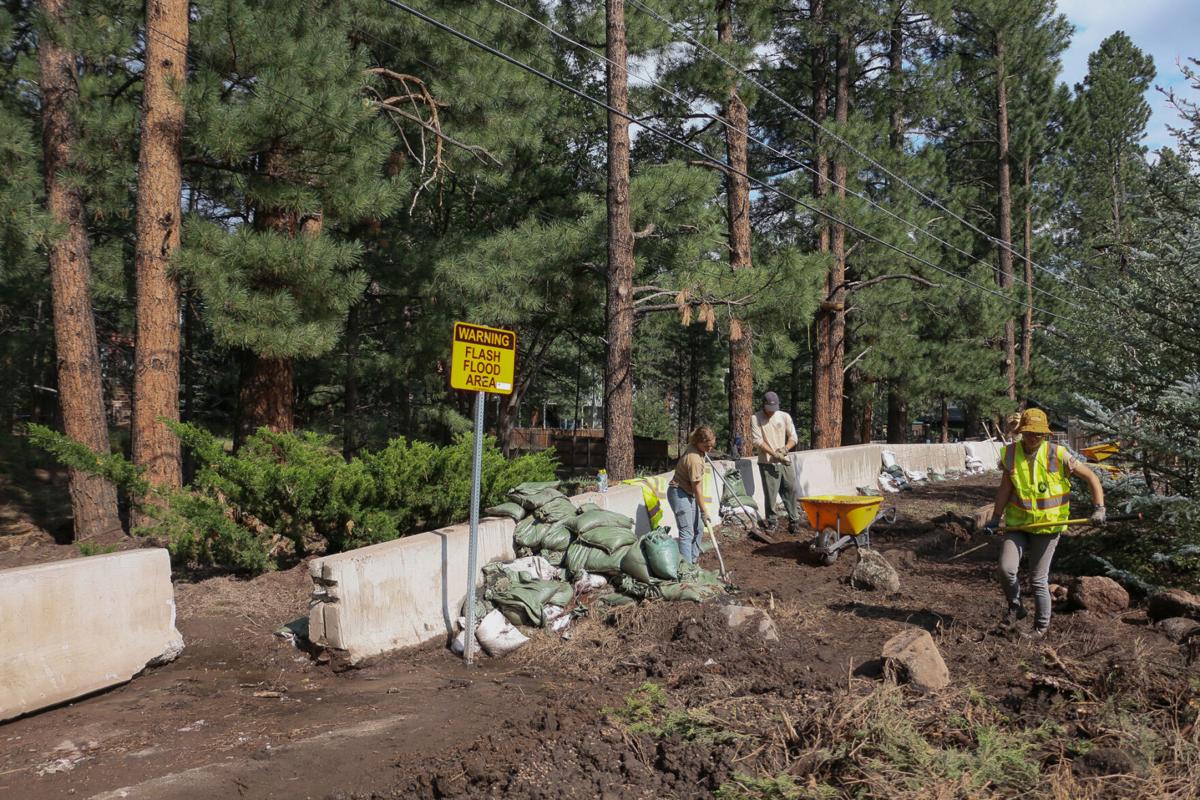 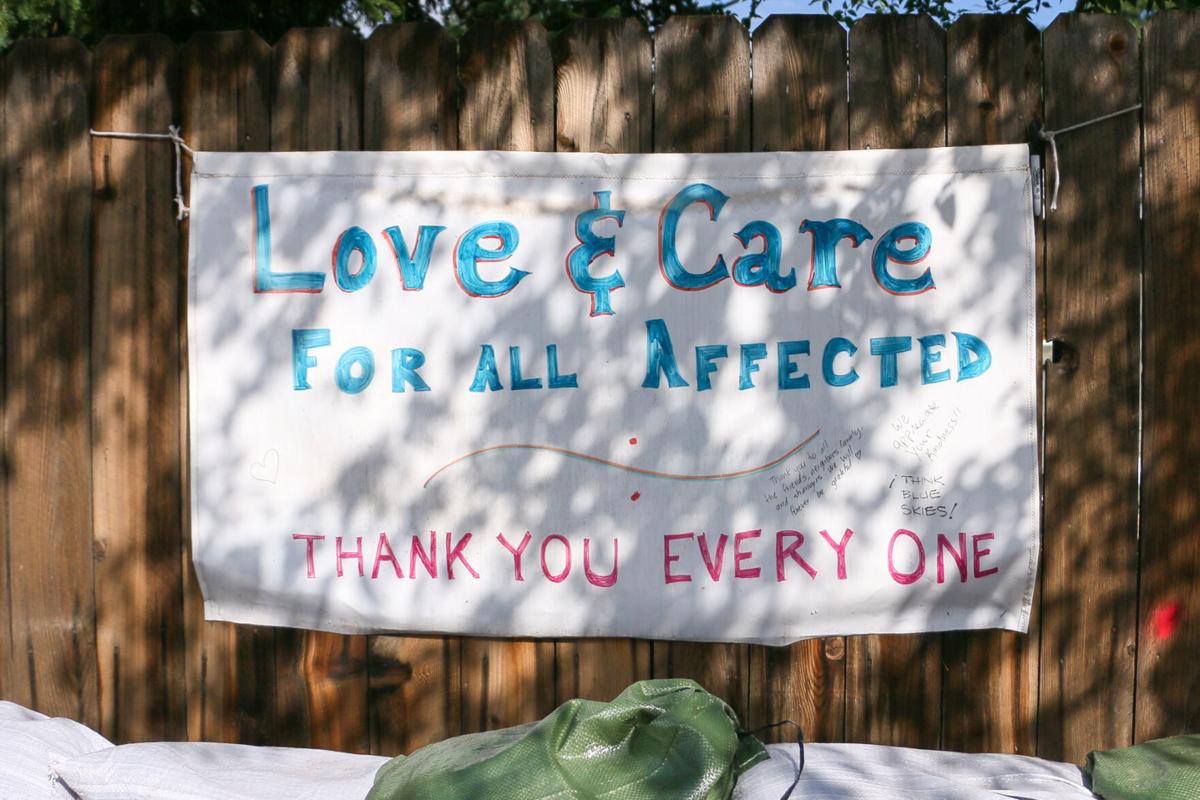 A sign of encouragement left by a Sunnyside resident along their home's fence. Sept. 4, 2021. 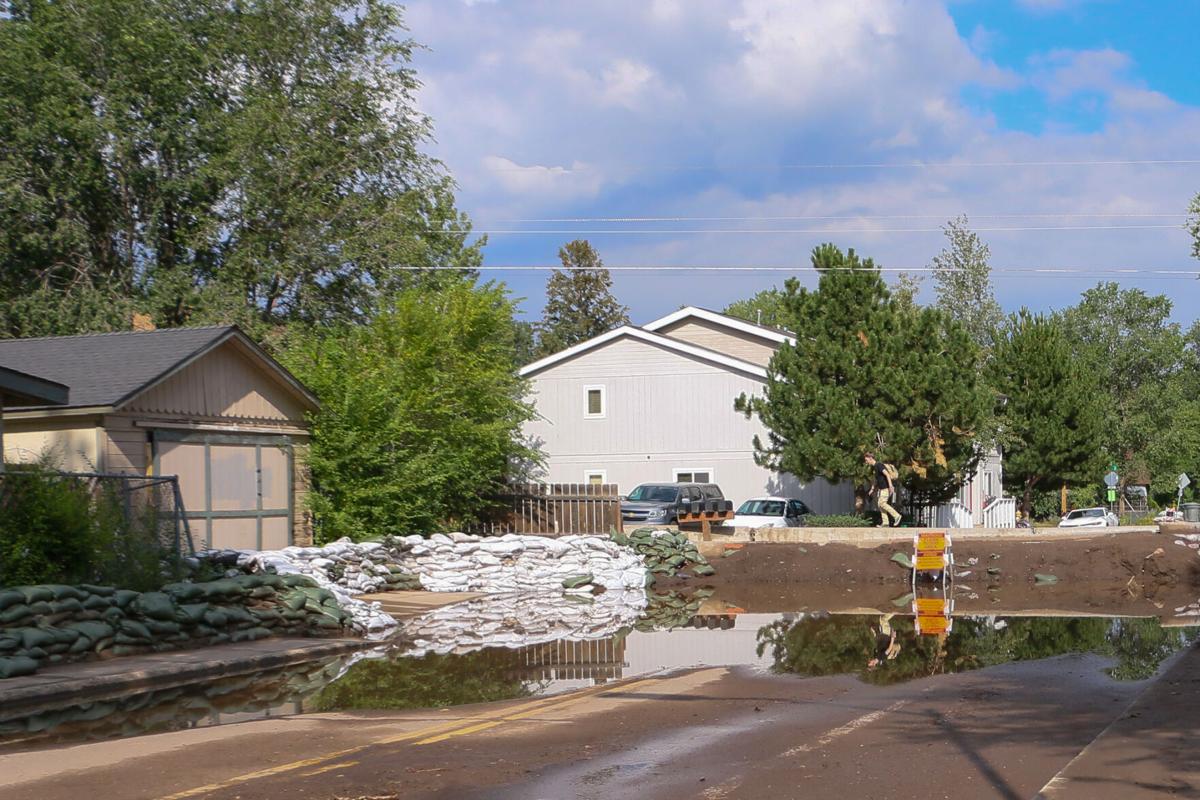 A Sunnyside resident walks along the top of a concrete barricade across a flooded area. Sept. 4, 2021.

Volunteers from the Southwest Conservation Corps from Durango, Colorado, help clear sediment deposited around a home by floodwaters in Flagstaff’s Sunnyside neighborhood, Sept. 4.

A sign of encouragement left by a Sunnyside resident along their home's fence. Sept. 4, 2021.

A Sunnyside resident walks along the top of a concrete barricade across a flooded area. Sept. 4, 2021.

After two years of nonsoon seasons — summers with little to no rain — Flagstaff residents faced destructive monsoons this summer, when many homes flooded, streets closed and signs of local infrastructure starting to crumble became apparent.

A majority of this year’s damage occurred Aug. 17, when a 500-year flood event occurred and left a few dozen residences within the Linda Vista neighborhood in disrepair, according to ABC15.

Reported by The Arizona Republic, much of the runoff came from the 2019 Museum Fire burn scar, which primarily affected communities on the city’s northeast side. National Weather Service meteorologist Justin Johndrow said vegetation normally absorbs rainfall, yet the Museum Fire burn scar left the ground charred and desolate, which aggravated flooding conditions.

“[It was] really peaking in the middle of July, and again in parts of August,” Johndrow said.

When the floodwater approached Linda Vista, it picked up tree limbs, sediment, rocks and other debris before crashing into Vista’s culvert, backing it up and eventually overflowing into the neighborhood. Flooding ultimately forced Killip Elementary School to close and conclude the remainder of the school year in the former Flagstaff Middle School, as reported by the Arizona Daily Sun.

Coconino County Flood Control District (FCD) said the combination of rainfall between the neighborhood itself and the Museum Fire burn scar resulted in dozens of damaged homes.

However, hydrologist, civil engineer and NAU Director of the School of Informatics, Computing and Cyber Systems Benjamin Ruddell said there are strategies city leaders can employ to mitigate the problem.

“[We could] put some emergency protection in place and hope for the best,” Ruddell said.

Even then, he expressed uncertainty about whether homes would be saved from flooding.

Another option Ruddell explained was the Rio De Flag Flood Control Project — a plan to build structures underneath houses and businesses to reroute floodwater — an effort between Flagstaff and the United States Army Corps of Engineers. However, according to the Rio De Flag FAQs, it could potentially fail during floods exceeding the channel, or in combination with other localized flooding. In this case, houses and businesses incorporated in the project could be under water once again.

Moreover, Ruddell described the third option — relocating people from the floodplain — as both “painful and the most politically difficult.” He went into detail about this possibility, including proper compensation for residents. However, people could still be hesitant to move and uproot their lives.

“Then you don’t have a problem anymore, because the river can do what it wants,” Ruddell said. “The leadership choice comes down to people moving out of the way and fixing the problem, building a correct infrastructure, or letting the problem happen.”

Furthermore, Ruddell said the federal government needs to fund the forest service to allow for restoration of the surrounding vegetation.

According to an FCD press release, it is possible to build alluvial fans or detention basins in two areas in Mount Elden Estates and Linda Vista. Alluvial fans are fan-shaped masses of sediment that are meant to decrease flood speeds. Meanwhile, detention basins are designed to capture floodwater, store it and allow a small portion to be released. FCD also plans on building a water system that could redirect part of the floodwater away from the current path, thus making the effects less destructive.

According to the Arizona Daily Sun, FCD could improve the channel in Sunnyside by hardening portions of it, which may increase the efficiency of water leaving the area. But for now, Flagstaff residents continue to struggle with the threat of flooding and the damages that come along with it. Even though the city is researching ways to resolve this ongoing issue, it could take many more years until these solutions are enacted and effective.