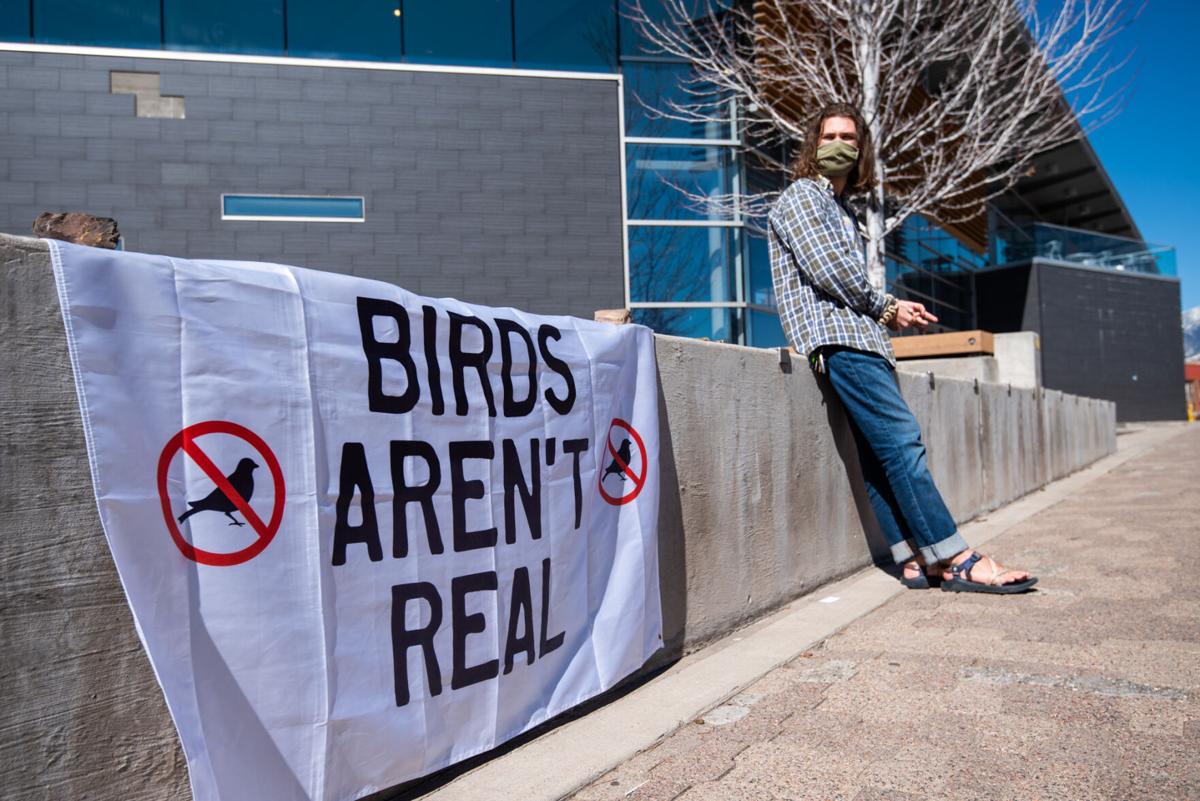 President of the NAU Birds Aren’t Real club Brendan Trachsel stands outside the Union in protest of birds, Feb. 26. 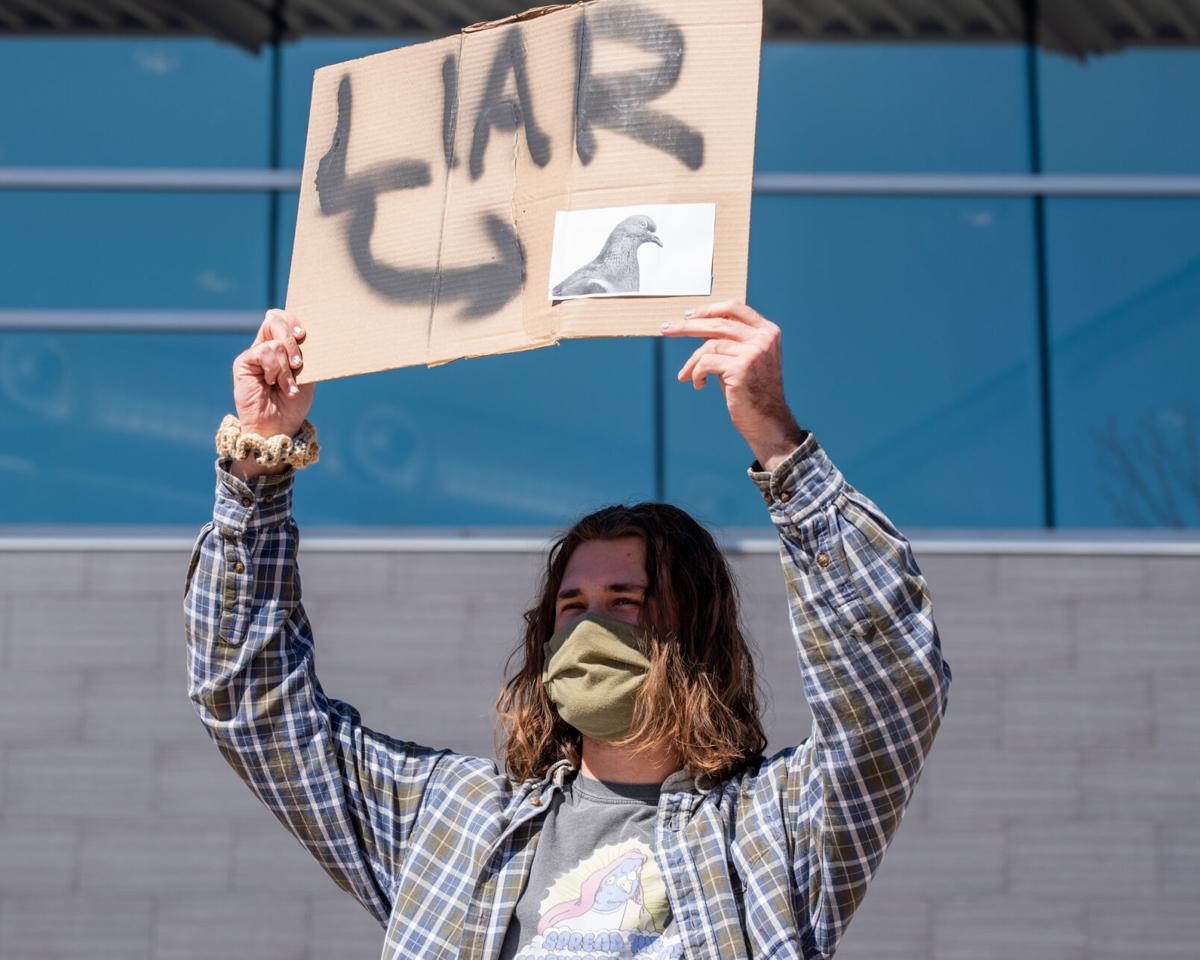 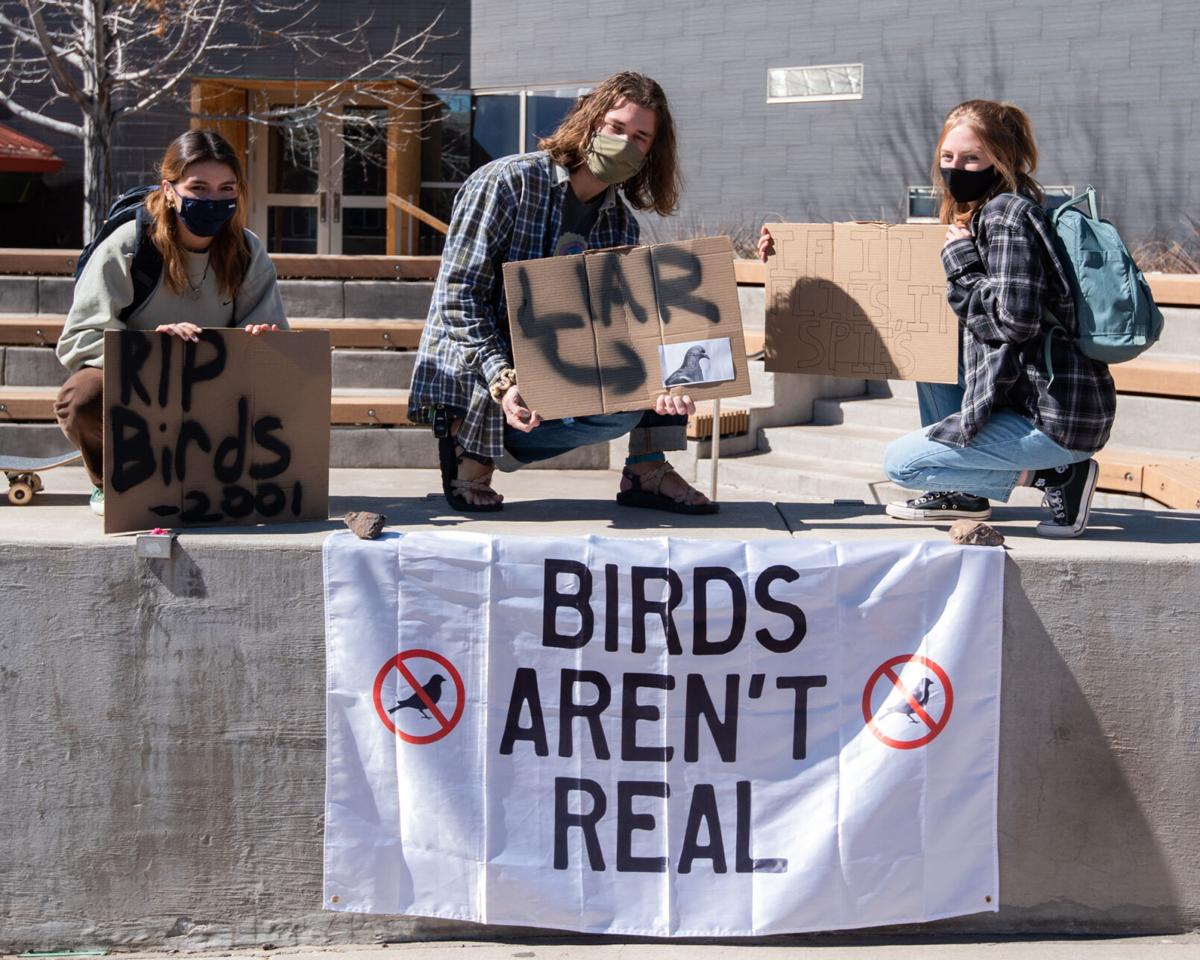 President of the NAU Birds Aren’t Real club Brendan Trachsel stands outside the Union in protest of birds, Feb. 26.

Editor’s note: This is a piece of satirical newswriting. No information in this written article should be accepted as proven fact.

There exists a metaconspiracy movement that has taken over NAU’s campus with the goal set to out-conspire all other conspiracies.

Birds Aren’t Real is the parody organization that claims the United States government has participated in a genocide of birds from 1959-2001 by releasing a virus to kill them off. Now, the movement claims, the birds have been replaced with surveillance drone replicas that watch U.S. citizens everyday.

NAU sophomore Brendan Trachsel is the founder of the NAU Birds Aren’t Real club to spread what the organization calls the  “feathered gospel” to the university and the Flagstaff area.

“This movement on campus is all me,” Trachsel said. “We are trying to get the word out that between 1959 and 2001, the United States government massacred all birds and replaced them with identical surveillance drones.”

The Birds Aren’t Real website claims the CIA got rid of 12 billion “feathered fugitives'' because directors within the organization were annoyed about the overabundance of bird feces. This led to the killing of billions of birds to quite literally kill two birds with one stone by massacring the U.S. bird population and replacing them with surveillance drones.

The movement claims to have interviewed the last surviving CIA agent who worked on the operation to massacre billions of birds. In a November 2019 interview posted onto the organization’s YouTube channel, Eugene Price, who the group claims to be a former member of the CIA, confessed his involvement to the movement’s leader, Peter McIndoe.

“I was doing security for the CIA and then they moved me into domestic intelligence, and it was while I was there that I saw some things that I really wish I hadn’t seen,” Price said in the 2019 interview. “Then one morning, I got ordered to report to a military base and I was briefed on something called ‘Operation Water the Country.’”

Price explained “Operation Water the Country” was the codename for the process of removing all the living birds in the U.S. by dropping poison gas and replacing the birds with surveillance drones disguised as birds, which could watch people without their knowledge. Moreover, Price claims he was the one to destroy the evidence for the agency.

“I was in charge of destroying the evidence and it was believed at the time that it wouldn’t be safe for the general public to know what was happening,” Price said. “There were thousands of documents, blueprints, film footage, photographs and so on like that.”

Many deniers of the Birds Aren’t Real movement have made arguments against the creation of biomechanical bird surveillance equipment.

However, Trachsel said countries such as China and Russia have recently declassified documents which appear to back the claims made by the group.

“I believe that the United States government has kept this extremely under wraps, but if we look at China and Russia, they have declassified some stuff that has already shown that they have developed this for a long time,” Trachsel said. “So, what’s to think that the United States government, the richest country in the world, has not already done this for years and years on end?”

Business Insider and many other media outlets have reported in the past on avianlike drones, which have started patrols in at least five Chinese provinces in recent years. These drones are equipped with cameras, GPS and realistic flight patterns to keep track of its citizens.

Most recently in 2019, the CIA released declassified documents from a now-defunct project known as Project Aquiline, which was based on the study of flight characteristics of birds as a way to provide a window into denied areas of the Soviet Union during the Cold War.

Moreover, the group also alleges bird drones have different applications. Hummingbirds, for example, are used as assassination drones and vultures are designed for public sanitation, not for surveillance. However, the movement has not provided any evidence to back up such claims.

The movement has spread across social media platforms and even has its own line of merchandise as a way to spread its agenda and the group has an answer to practically all questions “anti-truthers” may have. Especially when it comes to owning a pet bird and the country’s love of chicken products.

The attention on Birds Aren’t Real has drawn thousands of believers to their cause on social media. They currently have an Instagram following of 296,000, a Twitter following of 65,000 and a subreddit with more than 371,000 members. This form of social media marketing ultimately enticed self-proclaimed bird truther Trachsel to bring the movement to campus last fall, becoming one of 300 bird brigades in the country.

“The first time I first heard about this was two years ago with an Instagram ad,” Trachsel said. “It caught my attention and that made me dive in more and it was crazy to the point where I kept on buying more merch and eventually made a club for this with about 18 members.”

The organization’s website also hosts a FAQ section which answers every question an “anti-truther” may have. Their website also addresses the hot topic within the community when it comes to seeing a bird.

“It is vital to not panic, and remember that this experience is not abnormal- these birds have likely been watching you for most of your life,” its website states. “Once you have regained your composure, look the bird straight in the eyes and declare the following statement confidently ‘I know your secret. I know that you are a surveillance drone in disguise. I know that behind those beady eyes are cameras, soaking up data and sending it to the pentagon. I am onto you. I know you are not real.’”

One of the moderators on the group’s subreddit, Jack Dawson, said the group is more of a sardonic reflection of the intensity of which governments worldwide have increased surveillance and policing of their citizens, not a conspiracy theory.

“While I can’t talk for the entire movement, I will say that we are an organization based around resisting government tyranny, and that includes surveillance,” Dawson said. “We also strongly oppose infringement upon free speech and the censorship of the media.”

Credit for how wide-reaching this movement is has fallen upon McIndoe, but he continues to refuse being the leader behind the group, but rather a messenger of the superior overlords.

However, Trachsel believes McIndoe to be the leader of the so-called bird brigade and the prophet of the movement’s underlying message: birds aren’t real.

“He is the leader of the bird brigade,” Trachsel said. “There is a leadership structure and Peter is the main man, he is the founder of the Birds Aren’t Real movement, but in the brigade there is their own power structure, so we don’t often interact with Peter. However, we do believe that he is the prophet of the message.”

What started as an obscure 1987 conspiracy advertisement can now be seen on billboards across the country. Most recently declaring war against Newsweek, the Birds Aren’t Real organization is growing around the country to preach their “feathered gospel.” Trachsel said he hopes the U.S. government knows they will soon be exposed, as well.

“I would just like the United States government to know that we are looking after you and you will be exposed, maybe not today, maybe not tomorrow, but one day,” Trachsel said.