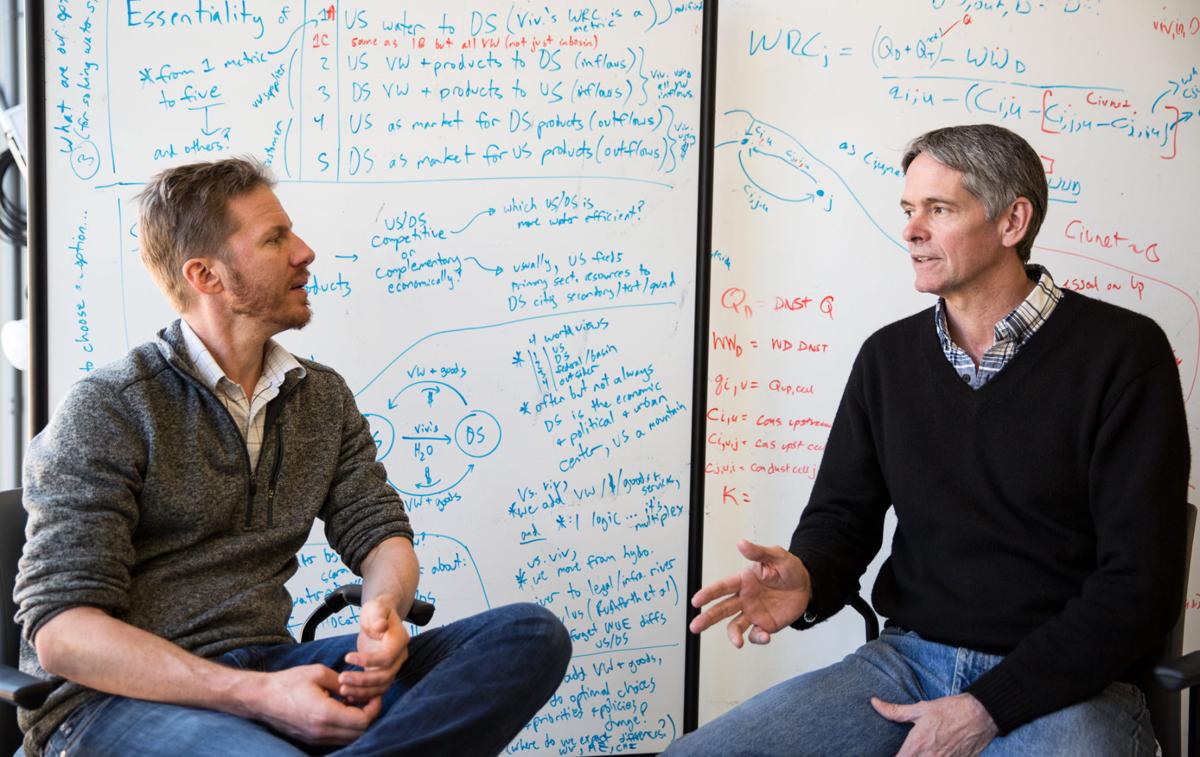 Chris Doughty (left) and Scott Goetz (right) talk about the research they are conducting concerning climate change and its effect on wildlife native to northern Arizona Jan. 22, 2019. 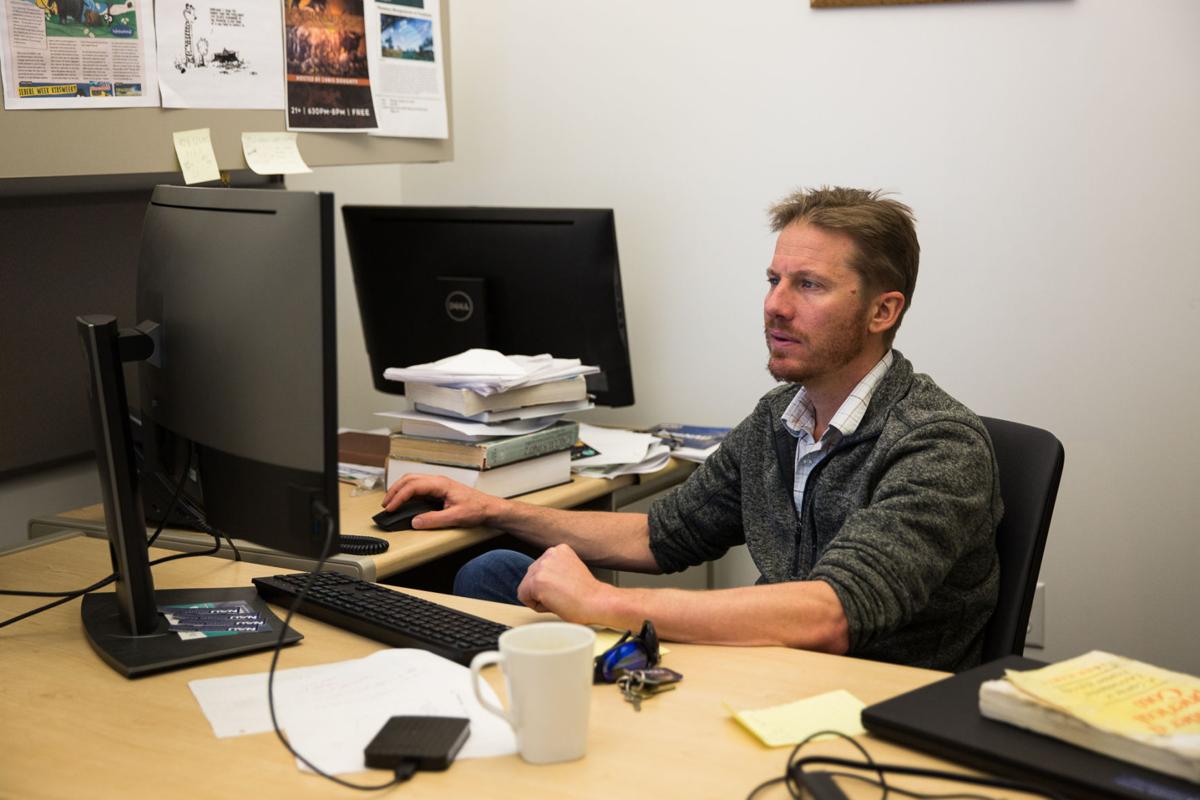 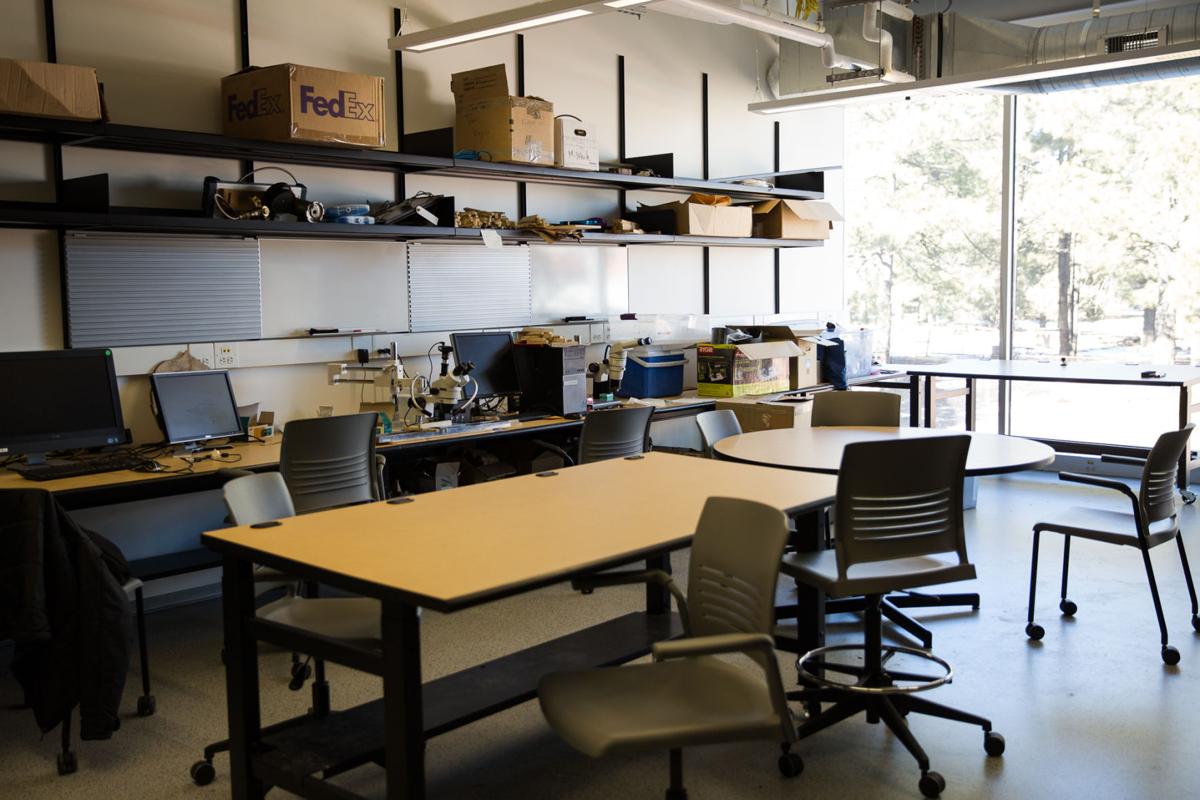 Chris Doughty (left) and Scott Goetz (right) talk about the research they are conducting concerning climate change and its effect on wildlife native to northern Arizona Jan. 22, 2019.

Thanks to numerous climate change studies conducted in recent years, the severity of global warming has become astoundingly clear. What seems less clear is what can be done to reverse the damage. Immediate action is becoming increasingly crucial.

National Oceanic and Atmospheric Administration monthly measurements reflect skyrocketing levels of atmospheric carbon dioxide in parts per million. Meanwhile, change is afoot as advancements in climate research are made in Flagstaff.

NAU faculty member Chris Doughty and his colleagues are making strides in the world of climate research by observing satellite readings of animals’ effect on climate change. Their findings could mean big things for the environment in terms of decreasing atmospheric carbon dioxide.

“Here at NAU, we use tools such as satellite remote sensing and global models to understand these effects at the global scale,” Doughty said. “In our recent work, we looked at how the natural animal world could help us mitigate climate change. We found that animals in their native ecosystems often perform key ecosystem services like nutrient dispersal or carbon sequestration. For example, fauna — such as monkeys in the Amazon — distribute seeds. Recent work has shown that the hunting of these animals has limited the distribution of seeds, leading to more trees with less dense wood, which holds less carbon.”

Doughty said the disruption of natural ecosystems by human hands has broken down vital relationships between specimens in ecosystems around the globe. He said losses of plant life have greatly affected Earth’s ability to cycle carbon out of the atmosphere.

Junior Austin Cash provided an example of one intra-ecosystem relationship with major climate benefits. As a Forestry major, Cash said he knew of a species of bird native to Arizona that provides crucial services to local forest ecosystems.

“There’s a species of woodpecker that burrows seeds into trees and later forgets about them,” Cash said. “So, it just so happens that the woodpecker planted the seeds unintentionally, and this is the only way this tree species has been reproducing.”

According to Cash and Doughty, promoting biodiversity within local ecosystems and securing healthy populations of native animal species could have more of an impact on climate than one might expect. Not only does doing so ensure each ecosystem remains healthy, but saving animals native to given regions could have global effects. Saving native fauna allows ecosystem services to be continually carried out. These services promote the growth of flora and significantly reduce overall atmospheric carbon.

Cash described another example in which support of a species demonstrated vast ecological benefits. Cash said the reintroduction of wolves into Yellowstone National Park had a major regenerative effect on certain species of flora in that region.

“Aldo Leopold, a famous forester, made the observation that without the wolves, deer would come through and eat most of the vegetation,” Cash said. “Leopold described the mountain as looking somber and dead. You really notice when the land is being trampled and eaten because without the carnivores there’s no balance anymore.”

With the reintroduction of wolves into Yellowstone, herbivores now exist in more reasonable numbers. Wolves keep the deer population in check, and allow plants to grow and produce oxygen. The wolf population can, in this way, have a direct effect on the amount of carbon dioxide in the atmosphere.

The work Doughty and his colleagues did is quite impactful. The researchers took the problem of climate change — which is primarily caused by human carbon emissions — and discovered a natural way to reverse some of the damage humans have done.

Another insight provided by this research is that many NAU students worked alongside faculty members to complete it. The students who work alongside Doughty’s team largely belong to the School of Earth and Sustainability and study various subjects such as environmental science, forestry and biology. Working with Doughty to research this topic provides preparation for a career in the field.

NAU alumnus Adam Hackbar has a bachelor’s in environmental sustainability. Hackbar said the climate research conducted by the school has brought national renown.

“The fact that this research is being done here in Flagstaff really puts NAU on the map,” Hackbar said. “Research like this is definitely a strength of the university, and it puts more attention on us, especially our Forestry program. I think that students here already get such a great opportunity with our location when they are studying forestry or environmental science. Having more research conducted here really gives students a hands-on perspective of what’s really happening in the world and definitely creates stronger graduates.”

Although students and faculty have identified how preserving biodiversity can positively impact climate, there still isn’t much being done to promote the flourishing of native wildlife populations. Many now wonder what more can be done.

Cash said supporting this type of research in any way possible is always helpful. The more scientists know about an issue, the better they will be able to devise solutions. As long as these types of research opportunities are available to students, the future of climate action seems a bit brighter.

“I think that if everyone does their part and keeps up an attitude of being conscious, you really can’t ask much more of the general public,” Cash said.

Despite the actions of civilians, Doughty said there are legislative changes that should be made that would promote the health of local ecosystems and encourage climate improvement.

“Legislation preserving natural areas and biodiversity is vital,” Doughty said. “These areas are not only beautiful, but in many cases they can also reduce the impact of climate change.”

Nationally and statewide, governmental action plays a large role in promoting the welfare of the people through the funding of programs which battle global warming. The U.S. Department of Agriculture has issued several budget cuts as of late, including a 13 percent cut in forest and range land research and a 46 percent cut in state and private forestry.

“It’s definitely important to increase funding for the Forest Service; it generally is really underfunded,” Hackbar said. “It’s important, especially in terms of ensuring a healthy ecosystem and, thus, a healthy climate, to keep reintroducing species that have been removed and are native to the area. When species are gone it affects the whole cycle.”

The Earth is clearly warming at a rapid pace, but there are many things that can be done about it. The research conducted by Chris Doughty and his colleagues presents yet another reason why one should not simply watch events unfold, but rather take action.