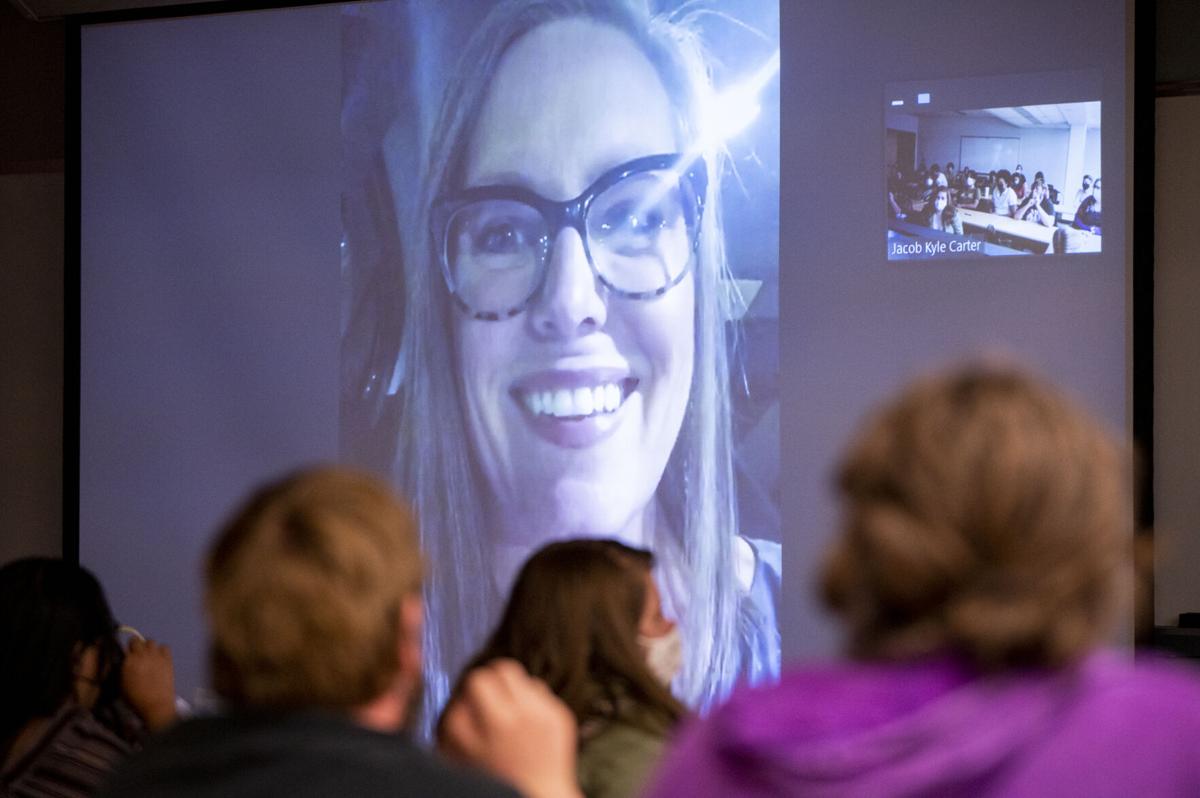 Secretary of State Katie Hobbs speaks to the NAU Young Democrats about her platform for her upcoming 2022 gubernatorial run, Sept. 15. 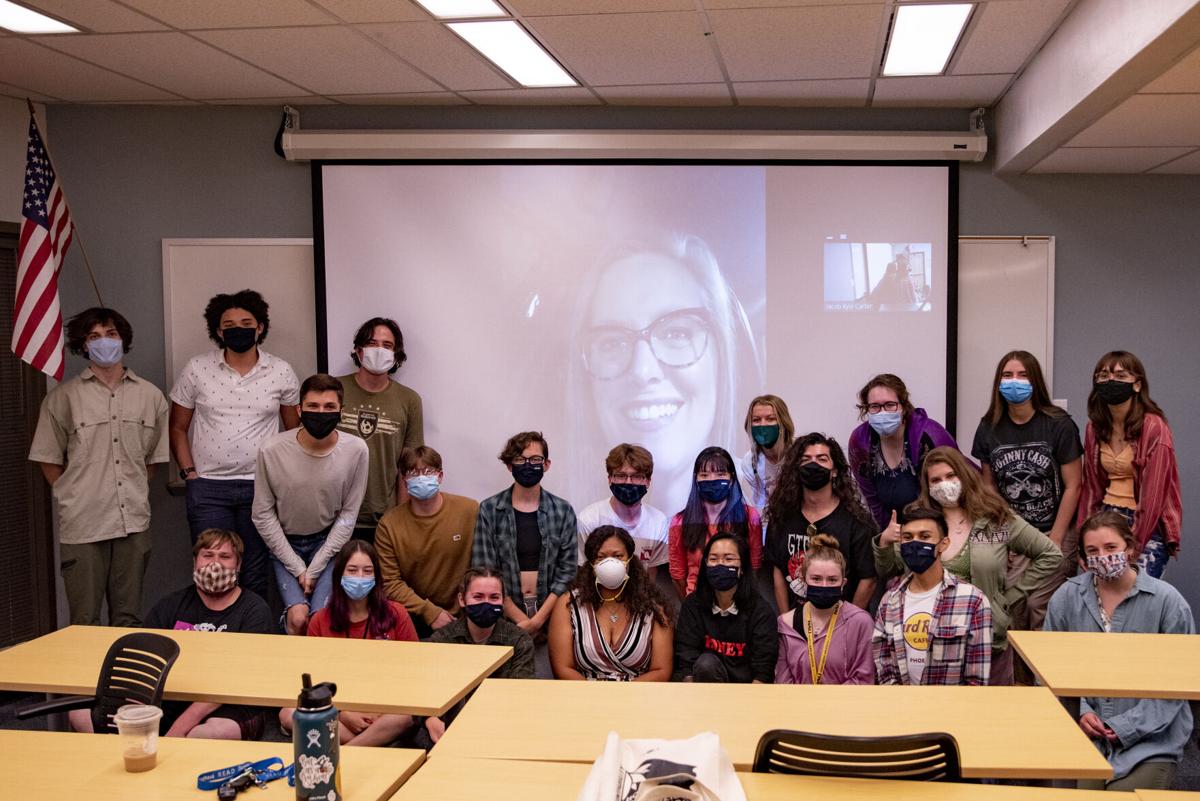 Secretary of State Katie Hobbs speaks to the NAU Young Democrats about her platform for her upcoming 2022 gubernatorial run, Sept. 15.

NAU alumna and Arizona Secretary of State Katie Hobbs was welcomed by NAU Young Democrats Sept. 15 as she discussed a variety of campaign initiatives, while trying to garner support in her quest to succeed term-limited Gov. Doug Ducey.

Speaking via Zoom, Hobbs introduced herself as a candidate who learned from her time as a social worker, state legislator and senator in order to break through what she called “partisan gridlock.” She said the goal is to bring real action, change and results for Arizonans.

“Growing up, there were a lot of times where [my family] struggled, and we relied on food stamps,” Hobbs said. “This experience always made me want to give back, and I became a social worker where I was working at a domestic violence shelter. I saw, first-hand, how broken politics derail any real action and make real change harder, but I also learned how to break through some of this partisan gridlock and get things done for Arizonans.”

Moreover, Hobbs talked about how after she was elected to the state legislature, she worked with Republicans on the backlog of untested rape kits and expanded Medicaid with former Gov. Jan Brewer. She also described working on “historic legislation” with Gov. Ducey to directly tackle the opioid epidemic in the state.

Regarding the 2020 presidential election and organizing in Arizona, Hobbs said her goal was to conduct the most successful election her office possibly could. Hobbs mentioned her bipartisanship, while also working to reduce wasteful spending and aiming to streamline operations to make her office accountable to the people — all while juggling the pandemic.

“In 2019, when I was sworn in, I had no idea the roadblocks that we were going to face in our efforts to conduct a successful election,” Hobbs said. “We were up against a global pandemic, unprecedented attacks on the validity of the election and violent threats against me, my family and my staff.”

Hobbs was also asked about the continued audit of Maricopa County election results by an outside firm, Cyber Ninjas, which was hired by the Republican-led Senate to audit the 2.1 million votes cast in Maricopa County during the 2020 presidential election. She called out Arizona and said the state government is being run by a group of conspiracy theorists who insist former President Donald Trump won the election.

“What I’ve learned from the last several months, and many Arizonans are with me on this, [is] the truth that our state government is being led by a group of conspiracy theorists who are out of touch with everyday Arizonans — and they are holding us back,” Hobbs said. “Instead of working on issues that matter to most people, they are busy litigating the 2020 election, because they don’t like the results.”

Currently, Hobbs is running against State Rep. Aaron Lieberman and former Nogales Mayor Marco Lopez, for the Democratic nomination for governor. Hobbs said she believes in her opportunity to become the 24th governor of Arizona.

“Meanwhile, the Republican primary is a circus with half-a-dozen candidates and counting who are all trying to be the most ‘Trumpy’ option,” Hobbs said. “We do have a real opportunity to win and bring our state back on track.”

Secretary Hobbs concluded her conversation with NAU’s Young Democrats by holding a short Q&A session. She responded to a wide variety of questions regarding volunteer efforts and election security, but some were underwhelmed by her stances and answers.

Freshman Amanda Allaire was one of many NAU Young Democrats in attendance, and she expressed disappointment with the secretary of state, noting she is not the most progressive candidate and was not straightforward with her responses.

“It’s honestly a little disappointing to have another candidate who was just deflective and not really answering straightforwardly, but I guess that is just really natural for her and the nature of politics,” Allaire said. “It is a little relieving to have a candidate like her, especially knowing there are so many other extreme far-right candidates.”

The Democratic primary for governor is scheduled for Aug. 2, 2022, with the general election occurring later that year on Nov. 8.