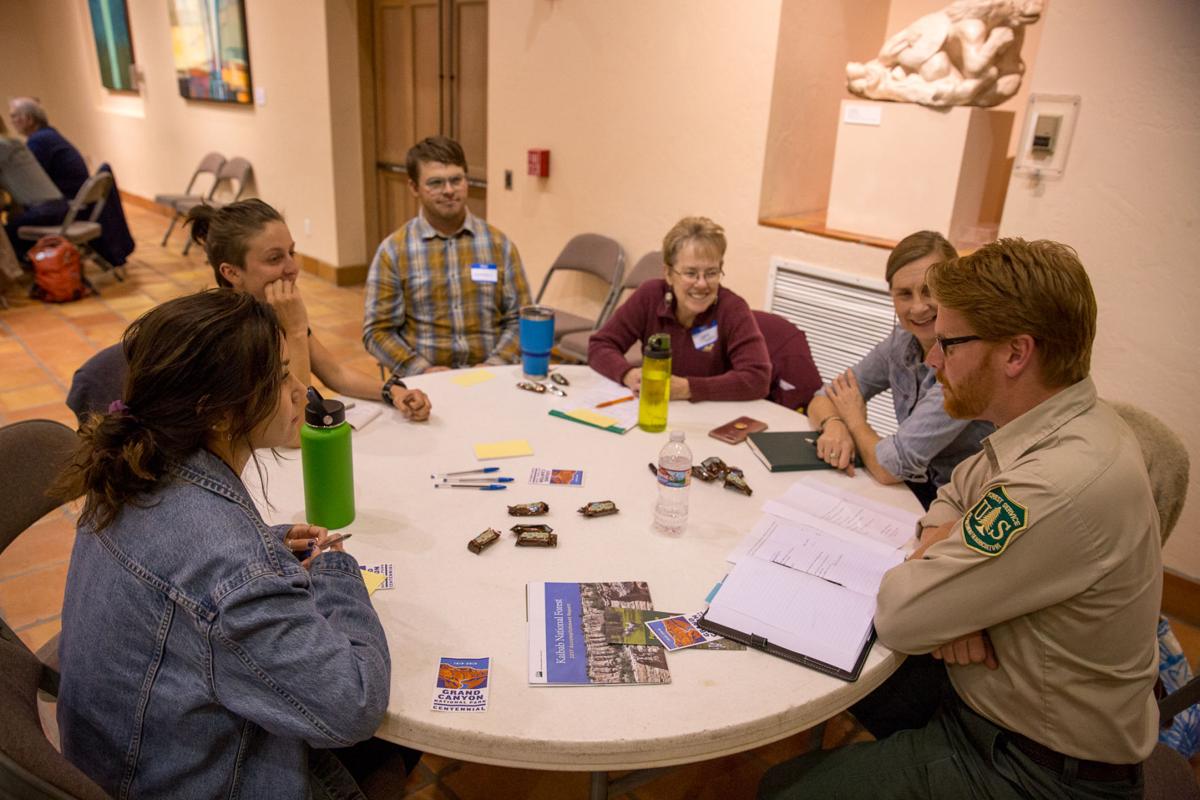 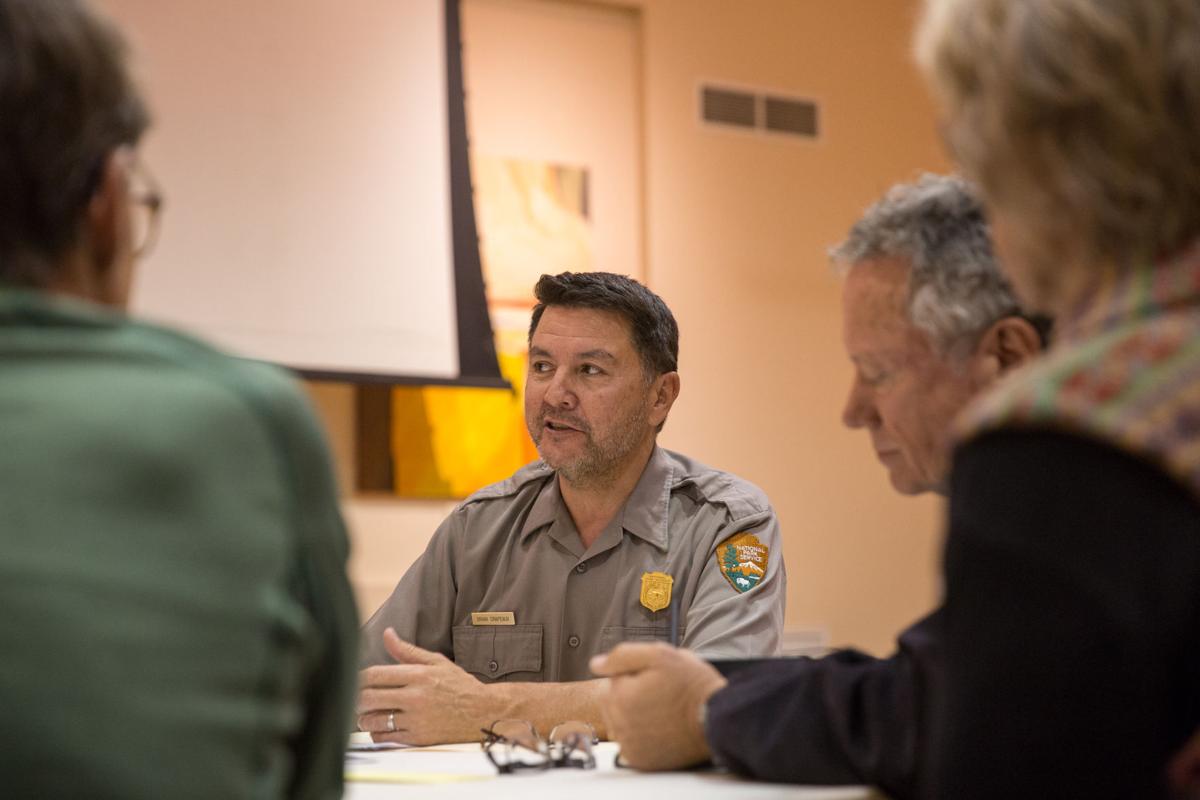 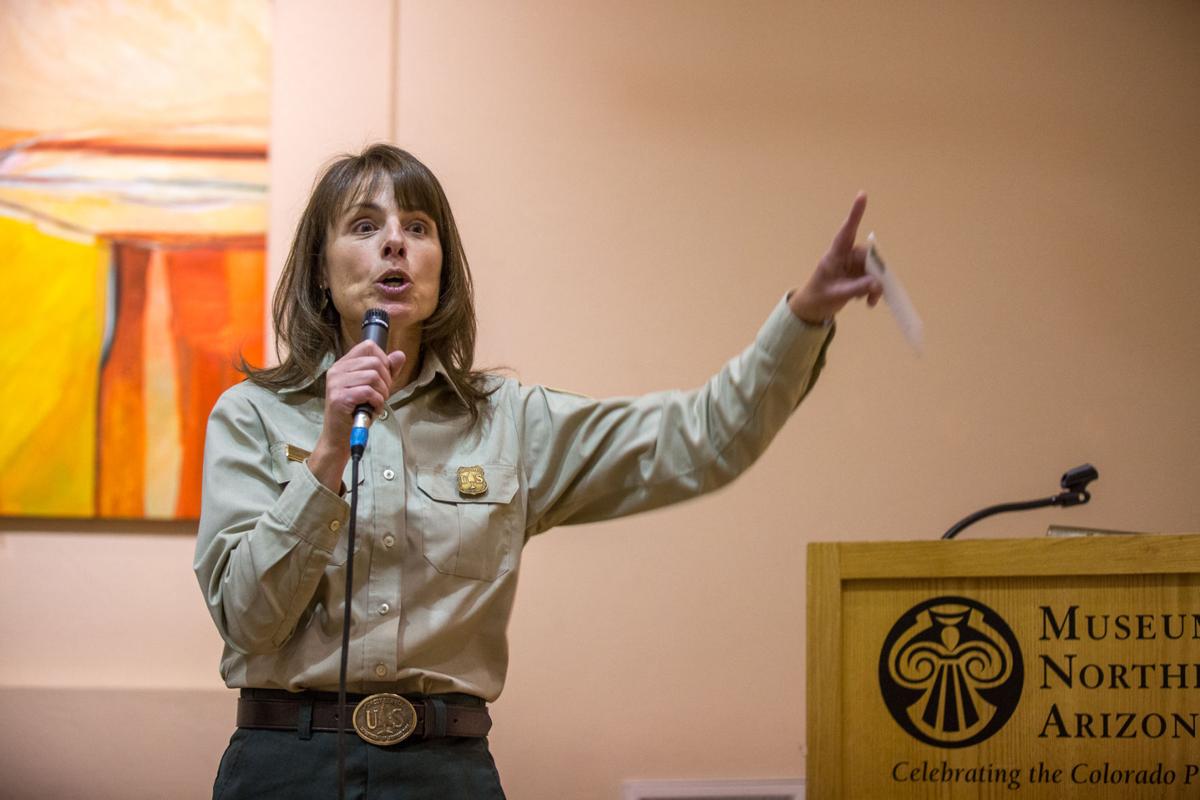 Kaibab National Forest Supervisor Heather Provencio speaks at the Federal Land Managers Conversation on Diversity Nov. 1, 2018. The event was held at the Museum of Northern Arizona Thursday night as part of an effort to address community concerns over equal representation in the United States National Park Service. (Photo by Jack Mehl)

Kaibab National Forest Supervisor Heather Provencio speaks at the Federal Land Managers Conversation on Diversity Nov. 1, 2018. The event was held at the Museum of Northern Arizona Thursday night as part of an effort to address community concerns over equal representation in the United States National Park Service. (Photo by Jack Mehl)

Diversity is an issue of increasing concern among many government agencies. On Thursday night the Bureau of Land Management, National Parks Service and National Forest Service held a public forum at the Museum of Northern Arizona to receive input from community members about how to improve diversity in the public lands surrounding Flagstaff.

The five government agency representatives opened the forum up by each giving their perspective on how diversity issues are being handled.

Mayville explained the very idea of public lands was not only a uniquely American idea, stating the closest thing to it before was "the king's land" in England, but also an experiment in democracy.

"One of the foundations of a strong democracy is diversity. Diversity of thought, diversity of people, diversity of ideas, and public lands are no different in that way," said Mayville. "We need to reflect the diversity of this country in our public land management workforce and in our visitor base, this is a matter of relevance."

"Diversity of voices in the national monuments really helps us make decisions about how visitors see and experience our resources and how people value our resources from different perspectives," said Hough.

One key to fixing the diversity issues is getting youth interested in public lands. Provencio explained why officials for the Kaibab National Forest were bringing in interns from universities to work, as well as organizing outreach events to Hopi youth.

In the Grand Canyon National Park, diversity is forefront on the minds of the workers, as Drapeaux stated that currently around 40 percent of the visitors to the Grand Canyon were international.

Economic diversity was touched on as well, as Putnam gave his perspective from his experiences at the BLM.

"We're talking about the low income, inner city families down in Pheonix. We have a huge amount of people living in the inner city that have never gone out and touched public lands," said Putnam. "Hispanic communities, Native American communities, youth, elderly."

The panelists then took to the tables to sit among the crowd and began holding discussions with locals about issues or solutions they saw within the current workings of the system.

Many more specific topics were discussed and the representatives expect to be back at an unspecified date next spring to hold another forum to follow-up.