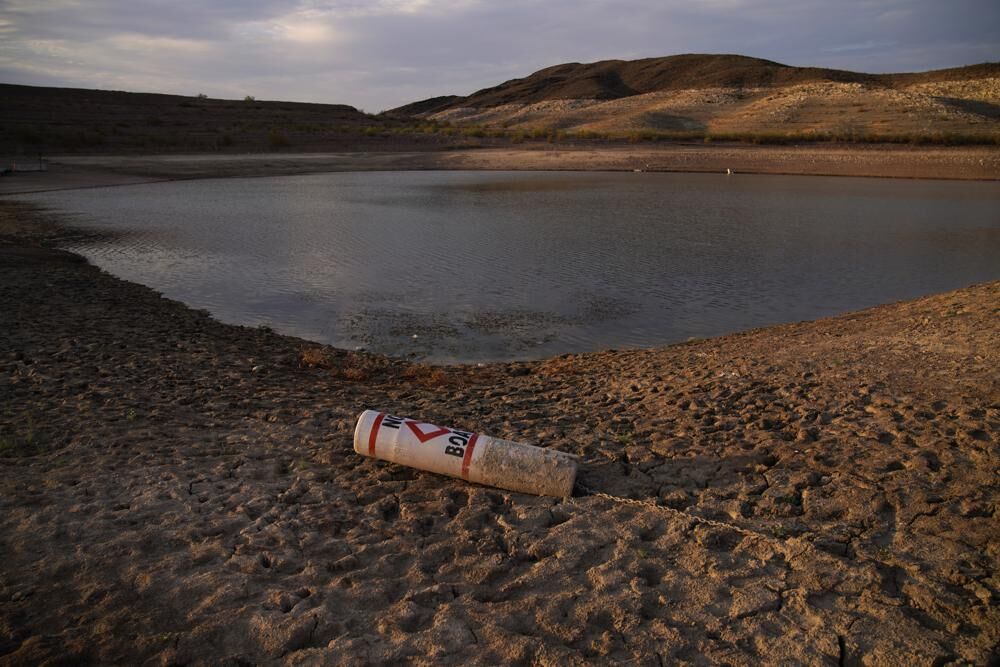 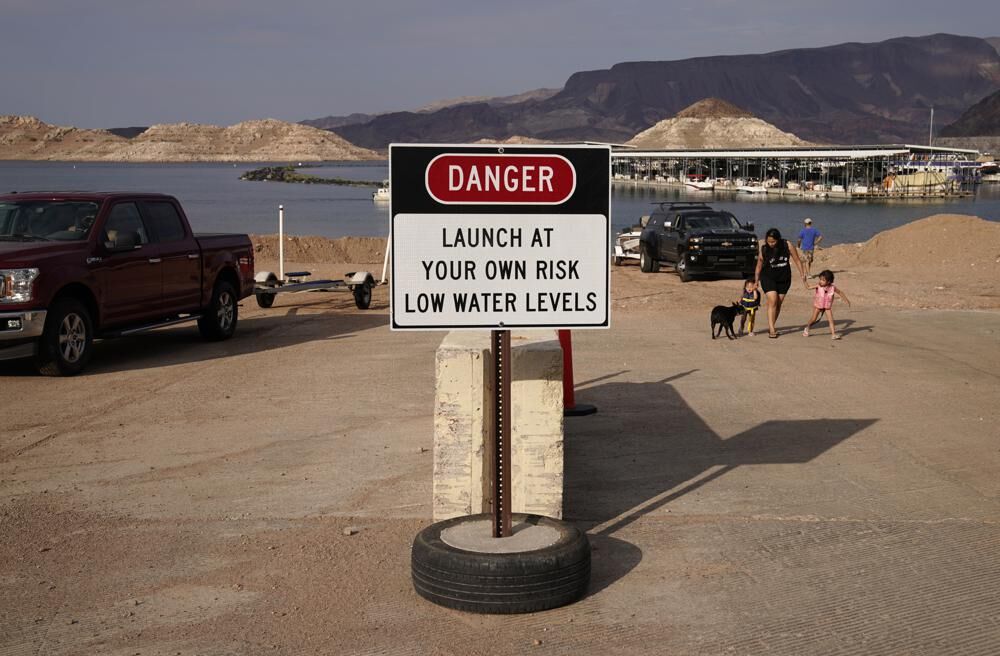 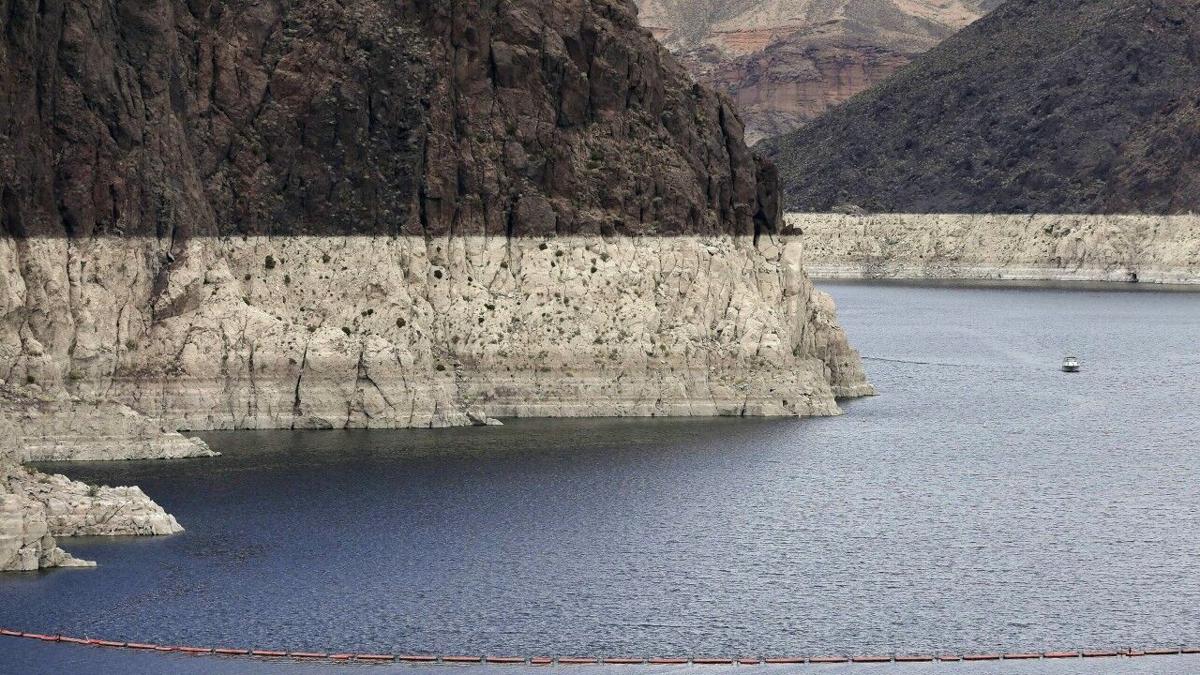 The Colorado River is the lifeline of the American Southwest, as it runs nearly 1,500 miles, supplying water and electricity to seven states, as well as Mexico. Just over 40 million people rely on its resources, but 20 years of drought, made worse by climate change, has created a crisis.

On Aug. 16, the dilemma led to the federal government declaring a first-ever water shortage on the Colorado River. Mandatory water consumption cutbacks were announced for Southwestern states starting in 2022, also reducing the water allotments for Nevada and Mexico.

The U.S. Bureau of Reclamation’s formal declaration of a water shortage was anticipated for months and triggered by the spiraling decline of Lake Mead, which stores water used by Arizona, California, Nevada and Mexico.

Lake Mead is the largest reservoir in the country by volume, but according to The Arizona Republic, it has drained at an alarming rate this year. About 1,067 feet above sea level and just 35% full, the reservoir is at its lowest mark since Hoover Dam’s construction was completed and the lake was filled in the 1930s. The country’s second-largest reservoir, Lake Powell, which is also fed by the Colorado River, recently sank to a record low and is now at 32% capacity, according to the U.S. Bureau of Reclamation data.

Camille Touton, Bureau of Reclamation deputy commissioner, said during a news conference that consumption cutbacks are due to how severe the drought has become as well as how seriously climate change is affecting the river.

“The Bureau of Reclamation cannot control the hydrology, and we also recognize the very real possibility that the hydrology that was planned for years ago may not be the worst that the basin may see in the future,” Touton said. “This may also mean that additional actions will likely be necessary in the very near future.”

In order to prevent Lake Mead from falling to critically low levels, state officials from Arizona, California and Nevada announced they have started meeting to discuss additional steps, which could potentially mean more cuts.

Under the current complex priority system of which states will face the most severe cuts, Arizona and Nevada will be specifically affected by the Tier-1 shortage. Arizona will see the biggest decrease in the state’s total Colorado River supply with an 18% reduction, primarily impacting agriculture throughout the state.

The cuts will be the largest to date on the river, shrinking the flow of water through the 336-mile Central Arizona Project Canal, which has supplied Arizona’s expansive farmlands and growing desert metropolises with water for more than three decades.

Central Arizona farmers will face major cutbacks in water deliveries next year, and some farmers are preparing for their supplies to be entirely depleted by 2023. These reductions will force Pinal County growers such as Will Thelander, whose family has been farming in Arizona for three generations, to leave some fields dry and unplanted.

“The cutbacks are happening,” Thelander said. “The water’s not there. We’ll shrink as much as we can until we go away. That’s all the future basically is.”

Like many farmers, however, Thelander is not planning to give up without a fight, as he has planned on planting guayule, a desert shrub that produces natural rubber.

“It’s got a lot of potential to be a crop that we could still grow on a lot less water and could still make us profitable to keep us in business, but we’ll see,” Thelander said.

If Lake Mead continues to drop, additional cuts will affect farmers, Phoenix-area cities and tribal communities. Amid the current crisis, Touton pointed to a long-term drought made worse by warmer temperatures and climate change.

A United Nations report released Aug. 16 emphasized the role human-caused climate change plays in drought frequency and intensity. According to the report, droughts that may have occurred once every 10 years now happen 70% more frequently.

Haley Paul, policy director for the National Audubon Society, said the river’s resources were overallocated in the 1920s, when data was collected and used during an abnormally wet period. Thereafter, residents of the Colorado River Basin were promised more water annually than what actually existed.

“This would have caught up to us eventually, even without climate change, because politicians overpromised back in the 1920s what the river could offer,” Paul said. “I think overall, we all need to get with the program of learning to live with a smaller river.”

Moreover, Paul said if Mead and Powell continue to drop as projected, the story to watch is in governmental responses over the coming years.

The current operating guidelines for how states share the river’s resources are set to expire in 2026, but Paul said it is time for them to rethink operations within the Colorado River Basin.

“Inevitably we were going to face this,” Paul said. “It’s just that climate change accelerated how quickly these decisions came upon us.”

Jack Schmidt, professor of watershed sciences at Utah State University, has conducted research trips on the Colorado for decades. He explained that he has never seen the river so low, in addition to describing the drought as a long-term indicator of regional dryness and exacerbated climate change.

“Given the fact that the reservoirs are a third full, you’re asking for a really hard, difficult, unprecedented conversation with a ticking clock,” Schmidt said. “We are in a crisis now. Let’s not kid ourselves. The question is: How intense does that crisis get? Everything we are seeing suggests there may not be enough time for the incremental approach to change, which has always worked in the past.”

This allocation has ultimately led to mounting tensions over water rights among states, which Schmidt compared to the highest-stakes poker game ever imagined.

“When you’re talking about cutting water coming out of somebody’s spigot, or cutting somebody’s hopes and dreams, something’s got to give,” Schmidt said. “That means really hard-nosed negotiations are going to have to be made to redistribute water.”

Both Mead and Powell provide a critical supply of drinking water, hydropower and irrigation for many areas. With the announcement of an official water shortage, and as the feeder of these two reservoirs, managing the Colorado River is extremely important. In the era of drought, climate change and other environmental effects, Schmidt said everyone must do their part in limiting water use.