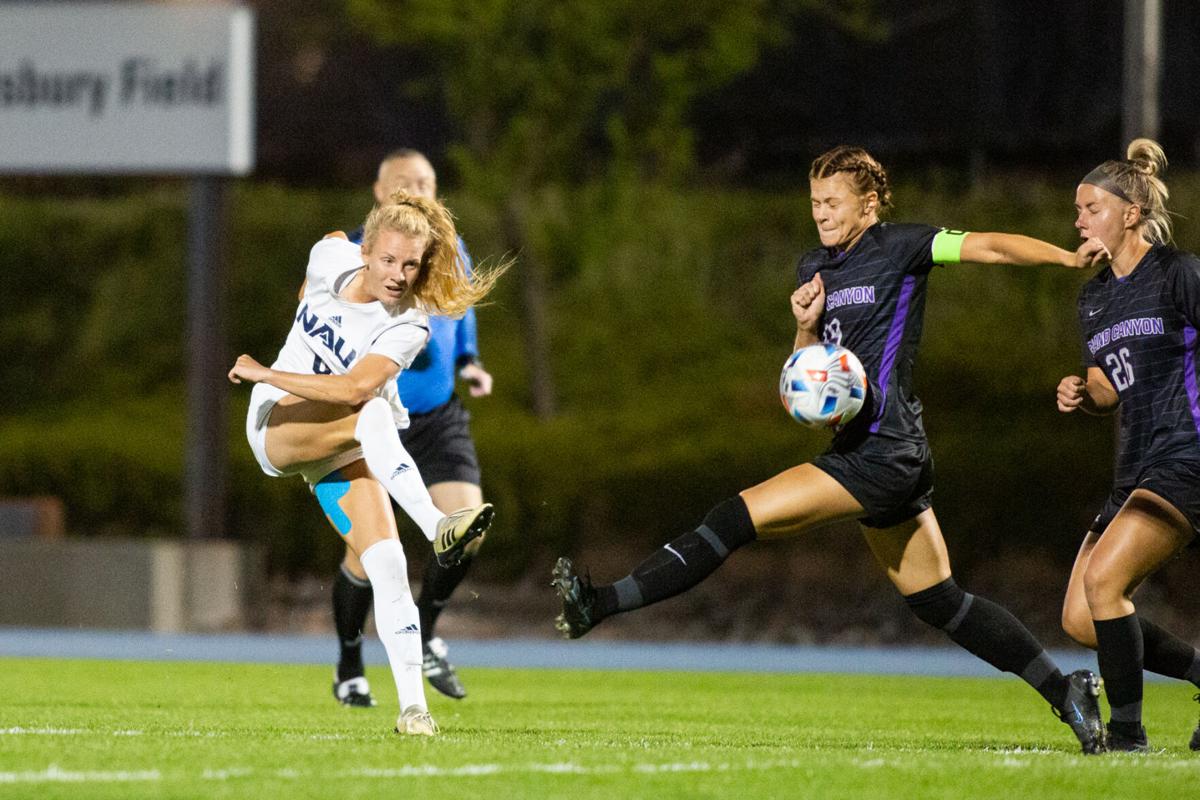 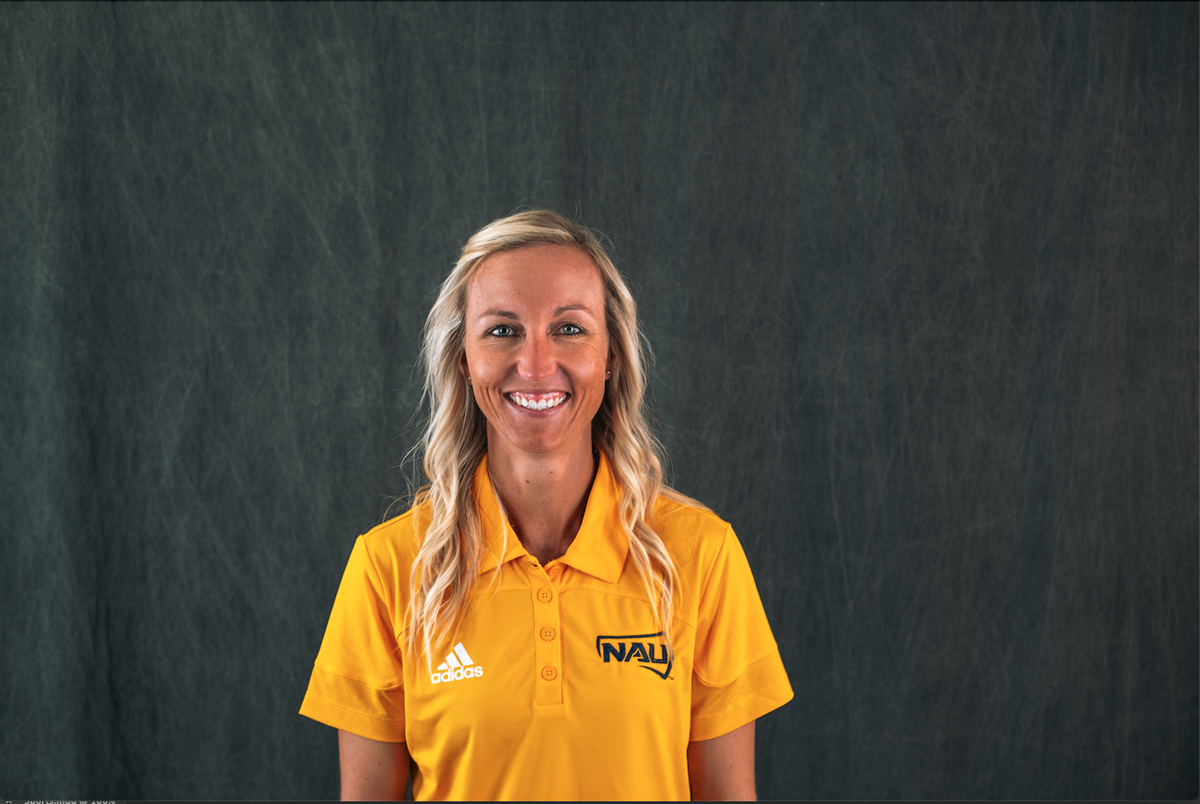 One headline rang through the ears and burned through the eyes of NAU soccer players, coaches and fans on the night of April 17: “Big Sky Soccer Championship Match Canceled Due to COVID-19 Protocols; Montana to Advance to NCAA Tournament.” In a matter of four paragraphs released by the Big Sky Conference, NAU’s title run suddenly went up in flames and crumbled into ashes.

NAU soccer finished the spring 2021 regular season with a record of 6-2-1, a Big Sky Southeast Division title and a 1-0 victory over the University of Idaho Vandals in the semifinals. The Lumberjacks were set to play the University of Montana Grizzlies, who finished the season 8-1, won the Big Sky Northwest Division and were fresh off an overtime victory, 2-1, over Northern Colorado in their semifinal match. Because NAU and Montana did not play each other in the regular season — there was condensed scheduling and traveling amid the COVID-19 pandemic — this would have been their first match since Oct. 11, 2019. The key words being “would have.”

After much deliberation and discussion about whether the championship match would be played the following day, the Big Sky Conference made the decision to cancel the game. From there on, the story gets even more brutal for NAU soccer. With the tournament championship game unplayed, no winner could be crowned and sent to represent the Big Sky Conference in the NCAA Division I Women’s Soccer Championship Tournament in North Carolina in 12 days. A hard decision was needed.

Upon discussion within the Big Sky’s Olympic Sports Committee, Montana was deemed conference champions, as the title match was officially declared a no-contest. However, NAU showed last season that it was a team to beat and one worthy of winning a conference title.

Senior forward Madison Montgomery, who led the team with nine goals in as many games last season, recounted her initial thoughts about what transpired.

“I think all of us kind of had a feeling,” Montgomery said about the situation and the potential of the championship game being canceled. “We had just gotten to the field to train. [Head coach Kylie Louw] got a call and basically said that we had to go back and isolate in our hotel room. We were all in our rooms, and I was sitting on the bed when [Louw] asked to Zoom us. I remember feeling very crushed and defeated.”

The following Monday, April 19, Montana learned its opponent for the first round of the NCAA Tournament: The South Carolina Gamecocks. They eventually defeated the Grizzlies 1-0.

The Lumberjacks came into that tournament as the No. 3 seed and, despite moving on to the NCAA Tournament, eventually lost to ASU by a score of 4-2.

The chance to play against big schools, like South Carolina and ASU, does not come often. Furthermore, not getting the opportunity to compete for a conference tournament title after earning your way there is certainly hard. While NAU soccer had to deal with the emotions of not playing for this championship, the team also faced the fact that it was now operating under COVID-19 protocols.

With undisclosed personnel testing positive for COVID-19, the team had to be separated at a time when they needed each other most.

Alexander Morgan, a student manager who traveled with the team for the tournament, had to make sure the players, coaches and staff got home safely from the canceled match in Ogden, Utah.

“Once [Louw] got the news, she shared it with all us coaches and staff,” Morgan said. “The faces in the room and the demeanor totally changed. The first words that came out of anyone’s mouth were ‘How do we tell the players, and what do we do now?’”

In a situation as dramatic and fast-paced as this was, it would be easy for things to unravel and get out of hand. However, because of these protocols, the team was able to make it back to Flagstaff — and safely — albeit through different means. In order for infected personnel to travel separately from the remainder of the team, testing and contract tracing were commenced.

“We had to find a car, we had to find buses, we had to find vans — whatever we could in order to make it as safe as possible,’’ Morgan said regarding the logistics of traveling the 9-hour distance from Weber State to NAU.

Starting a week previously and going until the day before the scheduled championship game, players were tested for COVID-19 on a daily basis.

Now, five months removed from the chaos at the end of the Big Sky Tournament, NAU is determined to redeem itself and show the conference that if everything went as planned, it would be looking to defend the title. As soon as this season’s schedule was released in July, however, it was clear the Lumberjacks were going into an uphill battle.

The season started with a two-game road trip against Utah State and Utah Valley. Both squads had a combined record of 18-9-5 last season. Additionally, the latter of the two teams won the Western Athletic Conference Championship in Phoenix and defeated No. 25 ranked Memphis in the first round of the NCAA Tournament. NAU lost both games 2-1, with the Utah Valley matchup going to overtime.

Following those defeats, the Lumberjacks stayed on the road for a PAC-12 swing against UArizona and Oregon. Both competitions ended with the same result: NAU allowing double the goals it scored.

Of NAU’s first seven games, only one was at home in Lumberjack Stadium. Oddly enough, it remains the only scoreless outing for the Lumberjacks: A 3-0 loss to GCU at the start of the month. That defeat seemed to affect the team’s morale the most, losing with the sixth-largest crowd ever recorded in Lumberjack Stadium.

Afterward, NAU got back on the road for another pair of tough matches against New Mexico and Denver. The defense looked as if it fell apart in those contests, with both competitions ending in 6-2 losses. Even though NAU started with a record of 0-7, Louw said the season has been great.

NAU hasn’t started a season this poorly since 2011, when the Lumberjacks lost their first six matches and ended 3-9-7.

A point of curiosity thus far in the season is the continued use of two goalkeepers: Freshmen Natalie Manzo and Trinity Cocoran . Each goalie has seen comparable playing time, and they have consistently been substituted between halves.

After goalkeeper Taryn Benham graduated last year and enrolled at Colorado College as a graduate transfer, Louw and the coaching staff have been doing their due diligence to find the successor to NAU’s all-time shutout leader.

“You need to have a great goalkeeper and then an even better goalkeeper,” Louw said about training and playing both of them. “They need to make each other better during training.”

In addition to the two freshmen, NAU also has sophomore goalkeeper Olivia Hein on the roster. However, Hein has yet to appear this season due to an injury preventing her from training and conditioning. On the NAU Athletics show “Timber Talk,” Louw said Hein should return in the coming weeks.

NAU soccer won its first matchup in the eighth game of the season, beating Arizona Christian University 6-0. Manzo played the entirety of the match and earned her first career shutout with three saves.

The Lumberjacks host Montana, the defending Big Sky Champions, on Sept. 24 at 7 p.m. Admission is free to those with an NAU ID. The game will also be livestreamed on ESPN+.