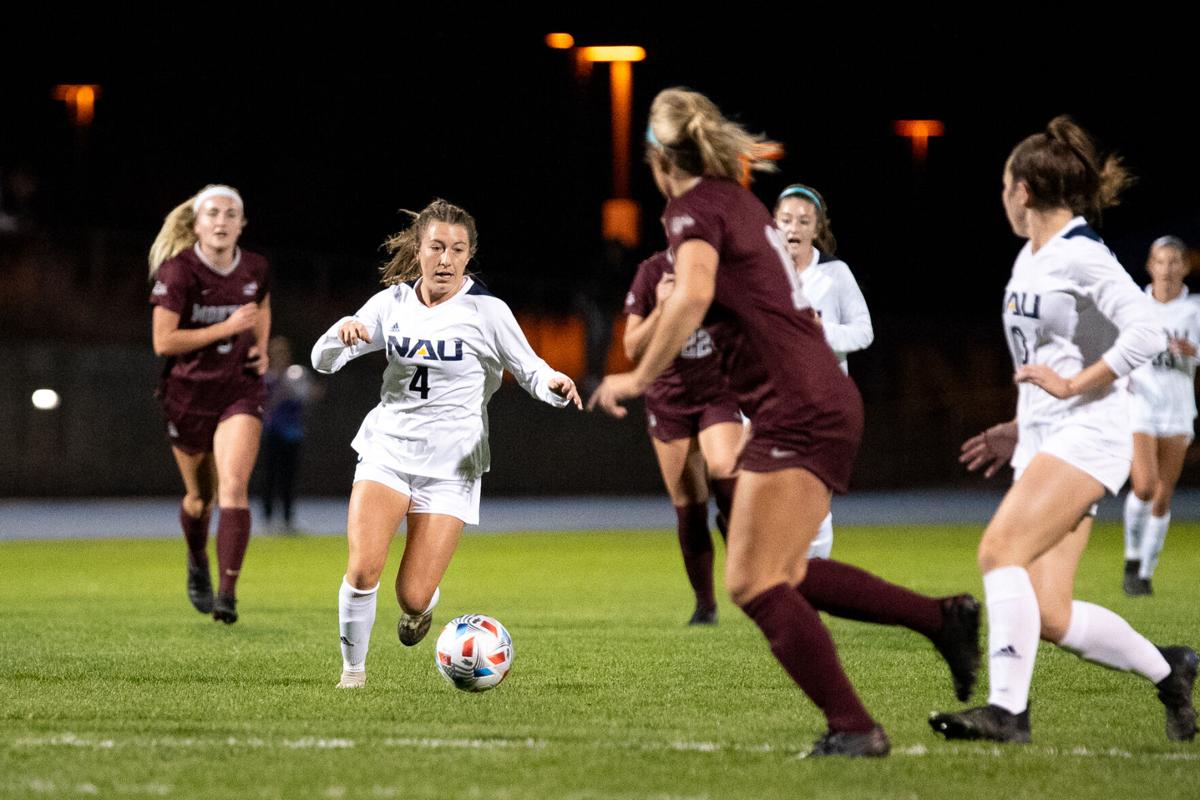 Senior forward Kylie Kapustka, 4, dribbles down the field to establish an attack for the Lumberjacks. Montana defeated NAU 1-0 at Lumberjack Stadium, Sept. 24. 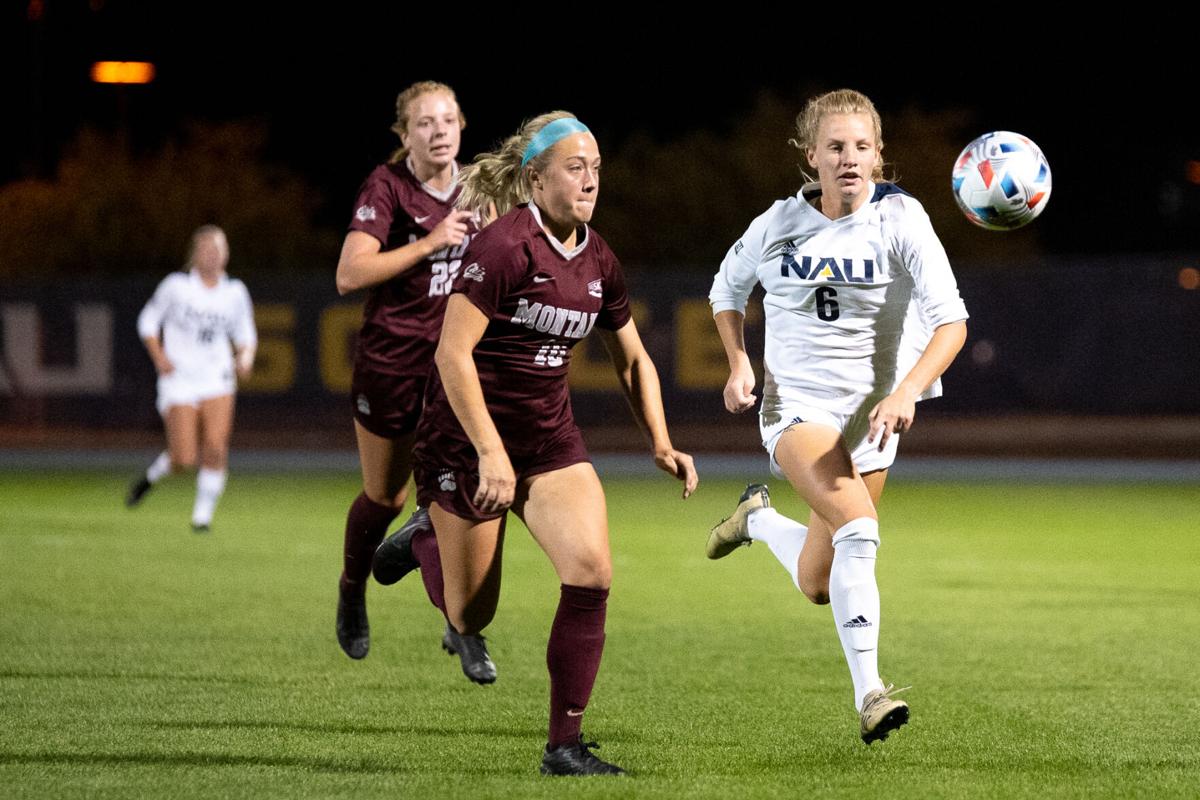 Senior forward Kylie Kapustka, 4, dribbles down the field to establish an attack for the Lumberjacks. Montana defeated NAU 1-0 at Lumberjack Stadium, Sept. 24.

The Montana Grizzlies handed the Lumberjacks their eighth loss of the season Friday night by a score of 1-0. During the 56th minute, Montana broke the stalemate on an unsuspecting goal past freshman goalie Natalie Manzo and the rest of NAU’s defense. The deciding shot came off a long pass from Montana’s Caitlin Rogers, and Taylor Stoeger was able to deflect the ball into the net.

The Lumberjacks came into Friday’s matchup, their first conference game of the season, riding a two-game road win streak. During both those matchups, NAU held opponents scoreless. The offense came alive for the 'Jacks during that stretch, and sophomore Maddie Shafer and senior Madison Montgomery tied for the lead in goals with three apiece.

However, a tough Montana Grizzlies team was able to pull out the victory in Flagstaff — and snapped NAU’s win streak.

“I thought our team fought today right until the last minute,” head coach Kylie Louw said after the game. “We created chances, so for me it’s ‘can we create even more chances that turn into goals?’”

Both teams moved the ball well in the first half, but found no success in reaching the back of the net. NAU fell slightly behind Montana in time of possession, but also saved five shots on goal compared to the Grizzlies’ three.

The Lumberjacks almost had an opportunity to score in the 14th minute off a strike from senior forward Sam Larberg, but Montana’s redshirt freshman keeper, Camellia Xu, stretched out and made a fingertip save to send the ball over the net.

Montana’s best opportunity to score in the first half came in the 19th minute off a deflected pass that spent a few anxious moments in front of NAU’s goal, but was eventually cleared out by the defense.

After Stoeger gave Montana the lead in the 56th minute, neither team had success finding the net, and the Lumberjacks’ last chance to tie came when the clock ticked down the final minute. A foul call against Montana gave NAU one last opportunity, and Montgomery played an almost perfect ball that a diving Xu saved. She posted an impressive eight saves for the Grizzlies on Friday night.

“We’ve got to feel the hurt. We lost the game,” Louw said. “And we can talk about how well we played or how well we didn’t play. There were moments we could've put the game away — and we didn’t — but at the end of the day, when you lose the game you have to regroup.”

Friday’s game against Montana marked the beginning of conference play for NAU. The Lumberjacks will look to bounce back at their next match, which is scheduled for Sunday at 1 p.m. against Northern Colorado (3-6-2) at Lumberjack Stadium.