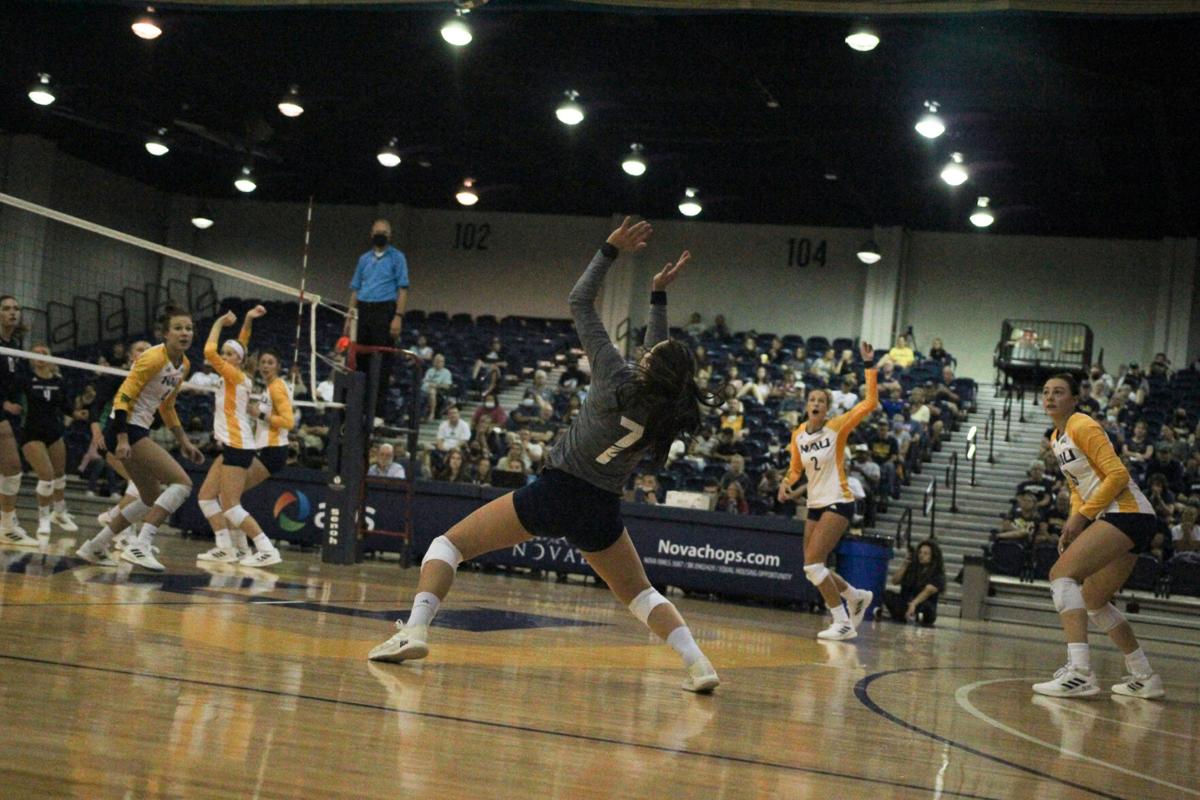 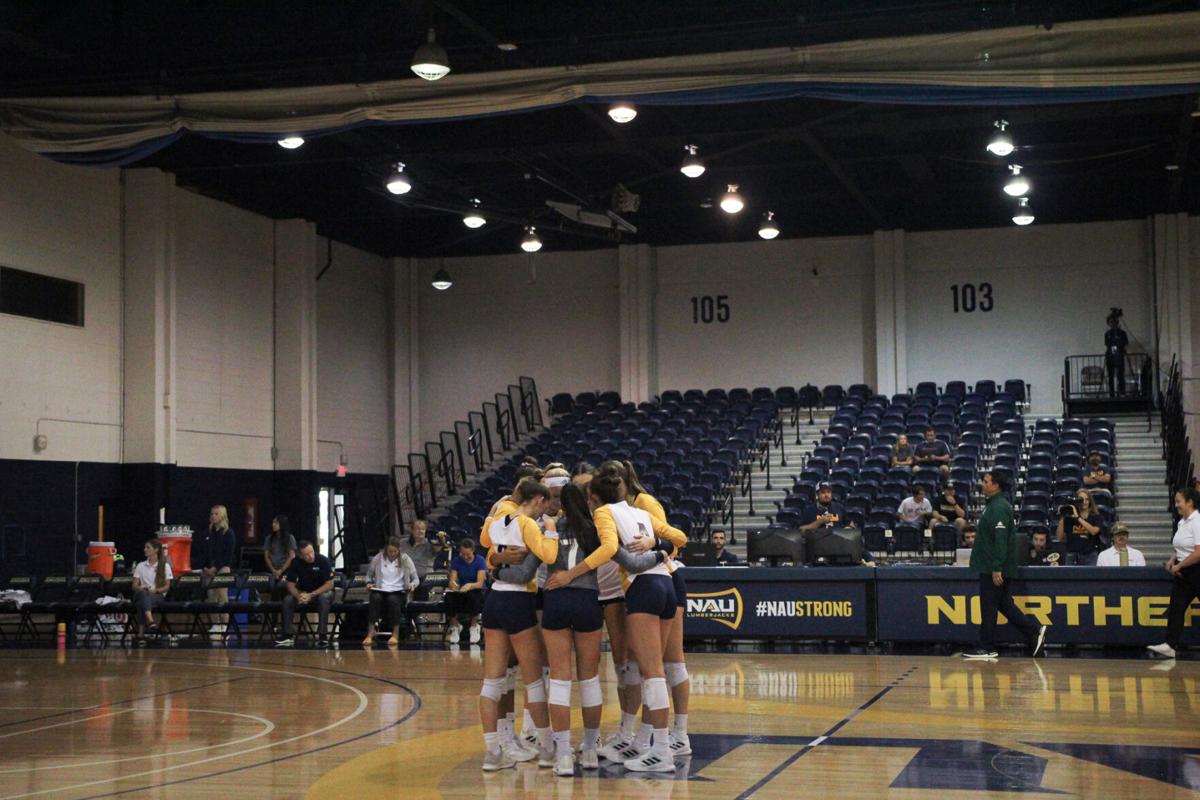 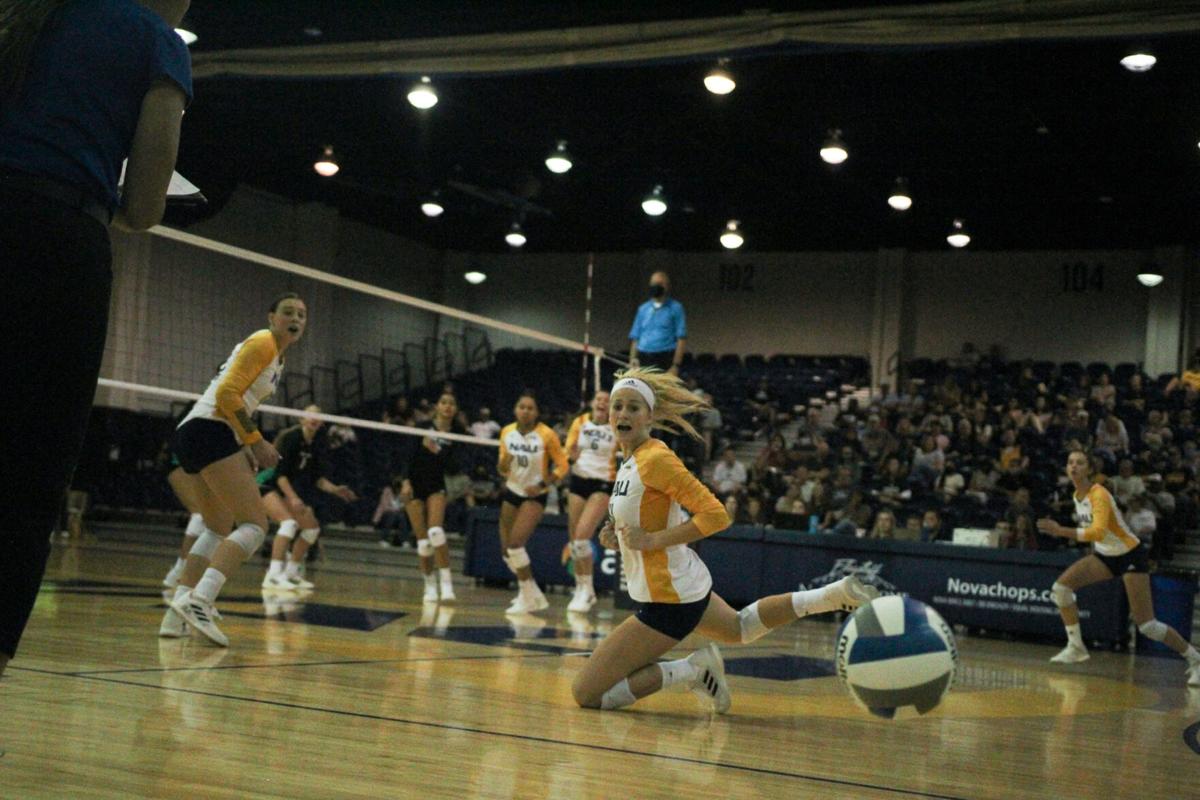 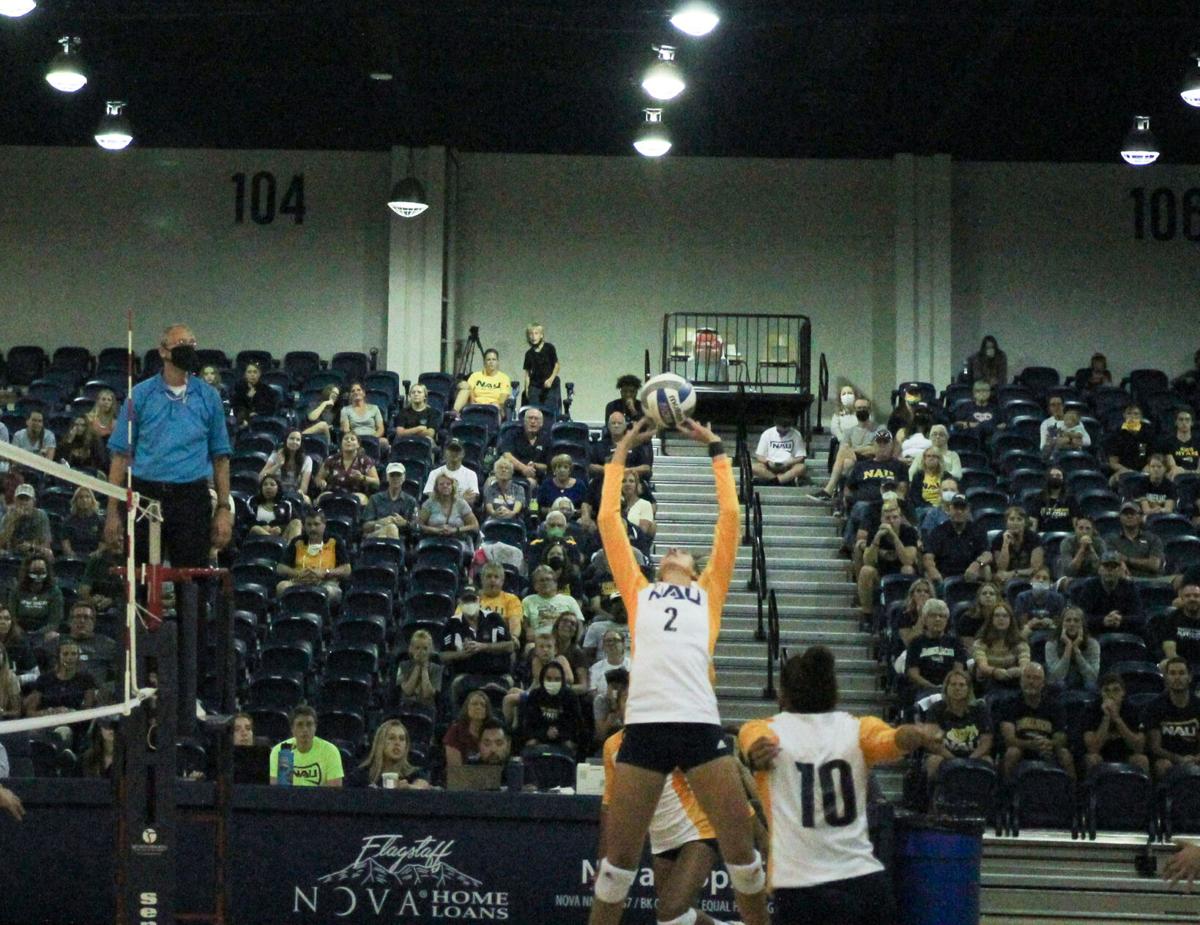 NAU Women’s Volleyball fell to Utah Valley University (UVU) 3-1 in a Saturday afternoon match, despite a furious comeback in the fourth set. The Lumberjacks took the first set, but could not stifle the UVU momentum in either of the middle sets. After falling behind 12-4 in the final set, the team managed to come back and take a late lead, only for the Wolverines to storm back and close the door on the Lumberjacks.

After a win over UC Davis and a late-night loss to ASU, Lumberjack volleyball hoped to wrap up the weekend with a win over Utah Valley, which also walked in with a 1-1 record against the same teams.

The opening match saw the two teams trade blows early, with neither side holding more than a two-point lead. The two teams looked evenly matched.

“We just needed to keep sustaining that,” head coach Ken Murphy said regarding the close nature of that first set. “We’re definitely capable of great things — we play really well in stretches — [but] our problem has been that consistency.”

Later in the set, the Lumberjacks went on a four-point run to put themselves in prime position, leading 21-16. The Wolverines were not done yet, however, and came charging back once NAU reached 24 points. Three errors led to a 4-0 run for UVU.

After calling a timeout, sophomore outside hitter Lyla Hollis would put an end to the comeback and set, getting a kill to secure set one for the Lumberjacks, 25-22.

Hollis’s kill wouldn’t stunt the Wolverines’ momentum heading into the second set; they started on a 5-2 run, but the two teams quickly returned to trading blows. NAU efficiently evened the score at 6-6.

Utah Valley mustered yet another run, pulling ahead 20-16. The two teams went back to altering points through the rest of the set, but UVU eventually closed 25-20.

In the third set, the Wolverines’ service game gave them an early advantage, scoring two aces in the first 10 points. The Lumberjacks fought back, however, and the team managed to pull within one point on three separate occasions.

UVU always had an answer, and the team extended its lead following an NAU run. This changed when the Jacks went on a late 3-0 run and tied the set at 21. The Wolverines would not let the Lumberjacks get any closer, though, winning four straight points to take the set 25-21.

For the third consecutive set, the Wolverines hopped out to an early lead, but they seemed to close the door on the Lumberjacks early this time around. The set opened 12-4, but it turned out the Lumberjacks were not done yet. Scoring eight of the next 10 points, NAU showed they were far from defeated.

The Wolverines held off the rally, but they struggled to close NAU out. The Lumberjacks came all the way back, clawing their way back point by point. Late in the set, junior middle blocker Neche Newton led the team by holding off a stifling UVU attack at the net.

“I think it's all about just going one at a time,” Newton said about her team's run. “In my head I was thinking this is 4-12; there’s so many points to play, [and] there’s so much we can do to get back up.”

The ‘Jacks took a 21-20 lead off an ace from sophomore middle blocker Savannah Bloom and, with momentum on their side, it looked certain that the match would head to a fifth set. However, Utah Valley was not ready to concede, and eventually came storming back. NAU faltered and UVU closed the door, winning the final three points and carrying the set 25-22.

NAU wrapped up the weekend with a third-place finish in the Lumberjack Classic, concluding with a 1-2 record. The volleyball team holds a 1-6 record heading into an away matchup with New Mexico on Thursday.