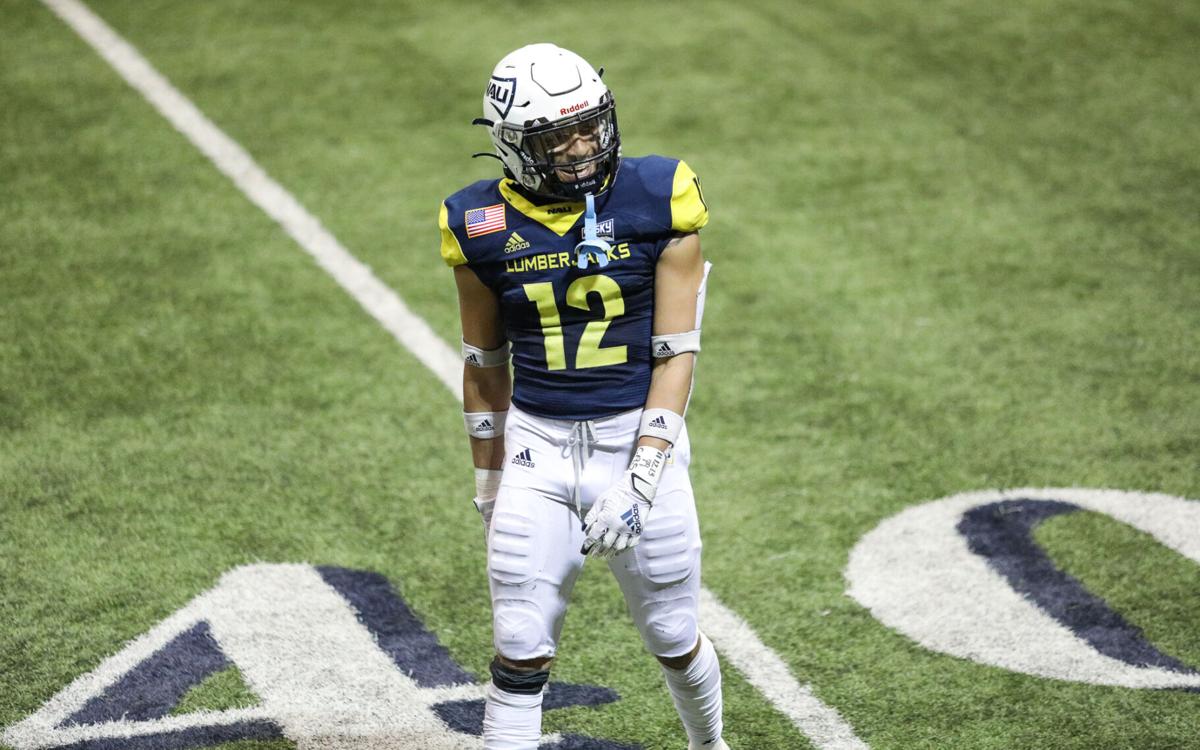 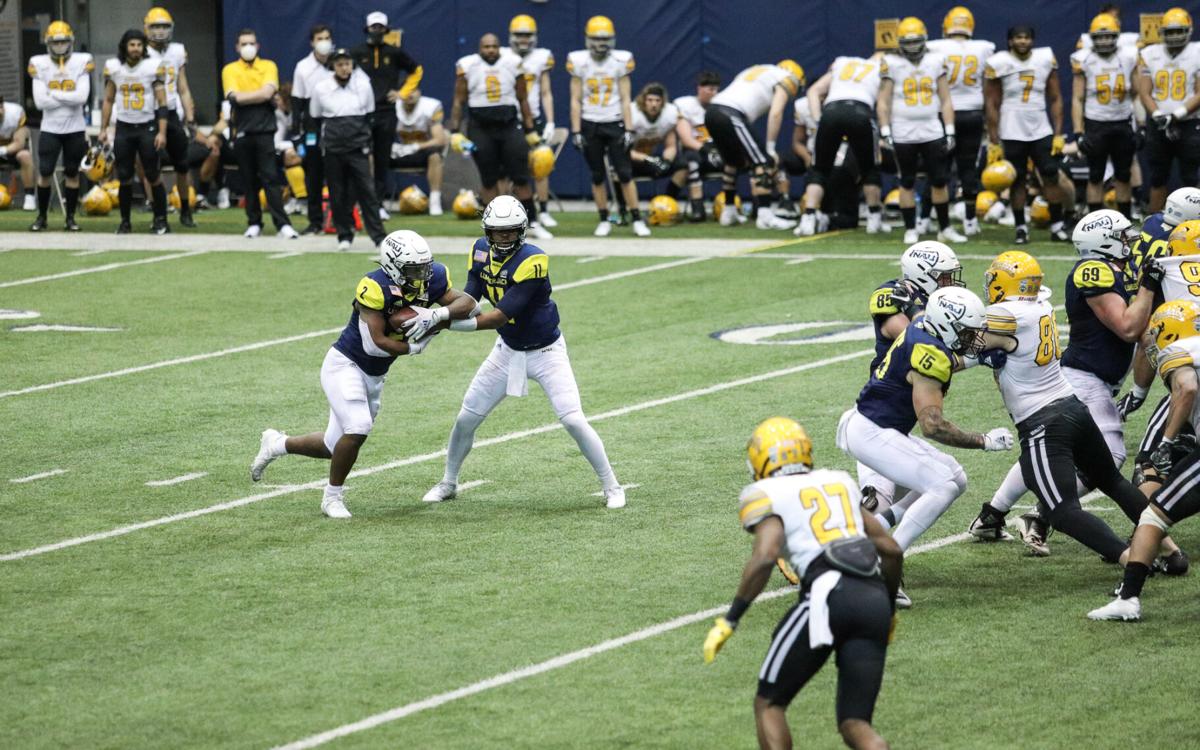 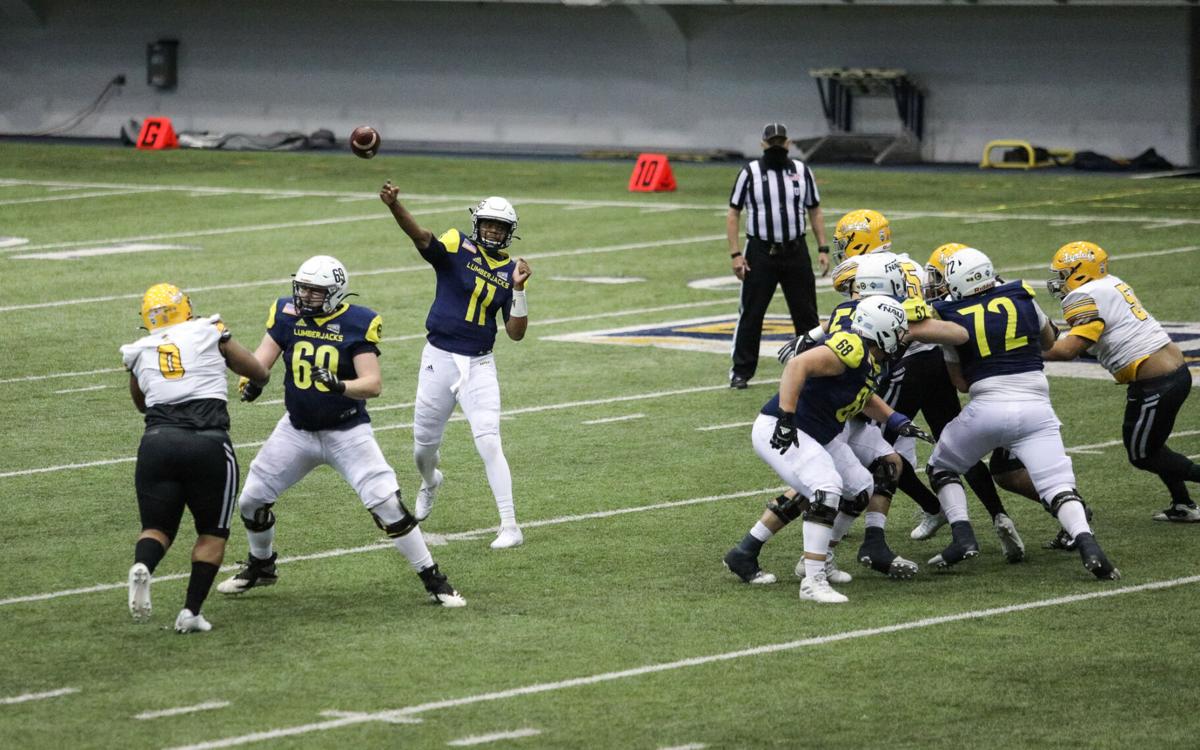 The NAU football team can put the pandemic-shortened season in the win column, finishing with a 3-2 record following a 19-9 win over the Idaho Vandals on Saturday.

NAU’s offense had little success in the first half. Idaho outpaced the Lumberjacks in rushing yards, passing yards and time of possession. One of the few categories the Lumberjacks topped Idaho in by the final whistle just happened to be the most important: points scored. The two teams headed to their locker rooms locked in a 10-9 battle that saw NAU score the only touchdown of the first half.

The Vandals deployed a wildcat-style power running game early in the first half, which saw redshirt sophomore running back Zach Borisch take direct snaps on designed run plays. Borisch was replaced by graduate student quarterback Mike Beaudry for all passing situations. The Vandals seemed to abandon this style of offense midway through the first half in favor of a more traditional offense led by Beaudry, but revisited this wildcat formation sporadically throughout the second half. Neither offensive approach had much success, with Borisch rushing for a total of 78 yards on 15 carries and Beaudry completing 19 of 32 passes with 212 yards through the air. The Vandals were unable to find the end zone all day.

NAU head coach Chris Ball said the team was ready for a wildcat offense from Idaho because they saw the Vandals run it successfully the week before.

“They did that last week against Eastern Washington, that’s all they did,” Ball said. “We thought that [Beaudry] had been out with a concussion, so we thought that he would probably be back, so we practiced against both [offenses] all week.”

The story of the first half was defense. After recovering an Idaho fumble on the game’s first play from scrimmage, NAU’s defense took a bend-don't-break approach, holding the opposing offense to three field goals and refusing to surrender a touchdown. A blocked punt by redshirt sophomore wide receiver Jorim Powell set NAU up inside Idaho's 20-yard line. Two plays later, redshirt senior quarterback Keondre Wudtee found redshirt freshman wide receiver Coleman Owen in the end zone with 47 seconds remaining in the half. Idaho’s final drive of the half fell short when after being denied a touchdown, redshirt senior kicker Cade Coffey missed a 34-yard field goal off the left upright with five seconds to go.

The Lumberjacks struck first in the second half, settling for a 45-yard field goal set up by a 60-yard catch and run by sophomore wide receiver Hendrix Johnson on NAU’s second play the half. Johnson had a big day, catching all four passes thrown his way for 121 yards and averaging 30.3 yards per catch. The Lumberjacks unlocked their offense by pulling off many big plays in the second half. Wudtee connected on four passes that gained 30 yards or more, including a pair of connections over 40 yards and Johnson’s 60-yard reception.

NAU’s defense stepped up after halftime, holding the Vandals to just 84 yards of offense in the second half and keeping them off the scoreboard. After adding a pair of field goals in the fourth quarter to widen their lead to 19-9, then preventing the Vandals from scoring on their last five possessions, NAU was able to run the clock down to secure their third victory of the season.

Ball was thrilled with the effort put in by his defensive players and coaches this week, which led to one of the team’s best defensive performances this season.

“[Idaho head] coach [Paul] Partridge did a great job preparing these kids,” Ball said. “We had some contact tracing during the week, so we were a little thin in the secondary, and I thought the young kids that filled in did a great job. 'Next man up' mentality. They helped us win this football game, our defense played great in the second half.”

Ball also expressed the pride he has in his young team and how this season's experience will prepare them for next season.

“We’re an awfully young football team, and I thought we were going to be a better team if we moved the season back to the spring,” Ball said. “It gave us time to get better and get in the weight room in the fall. We haven’t won back-to-back games since 2017, so that was our motto this week: back-to-back. I’m very proud, we played 28 freshmen this spring, they needed the experience and that’s really going to help us going into the future."

With the spring 2021 season wrapped up, the Lumberjacks end with a winning 3-2 record. The Lumberjacks' first game of the fall season will be played Sept. 2 against the Sam Houston State Bearkats at Walkup Skydome.