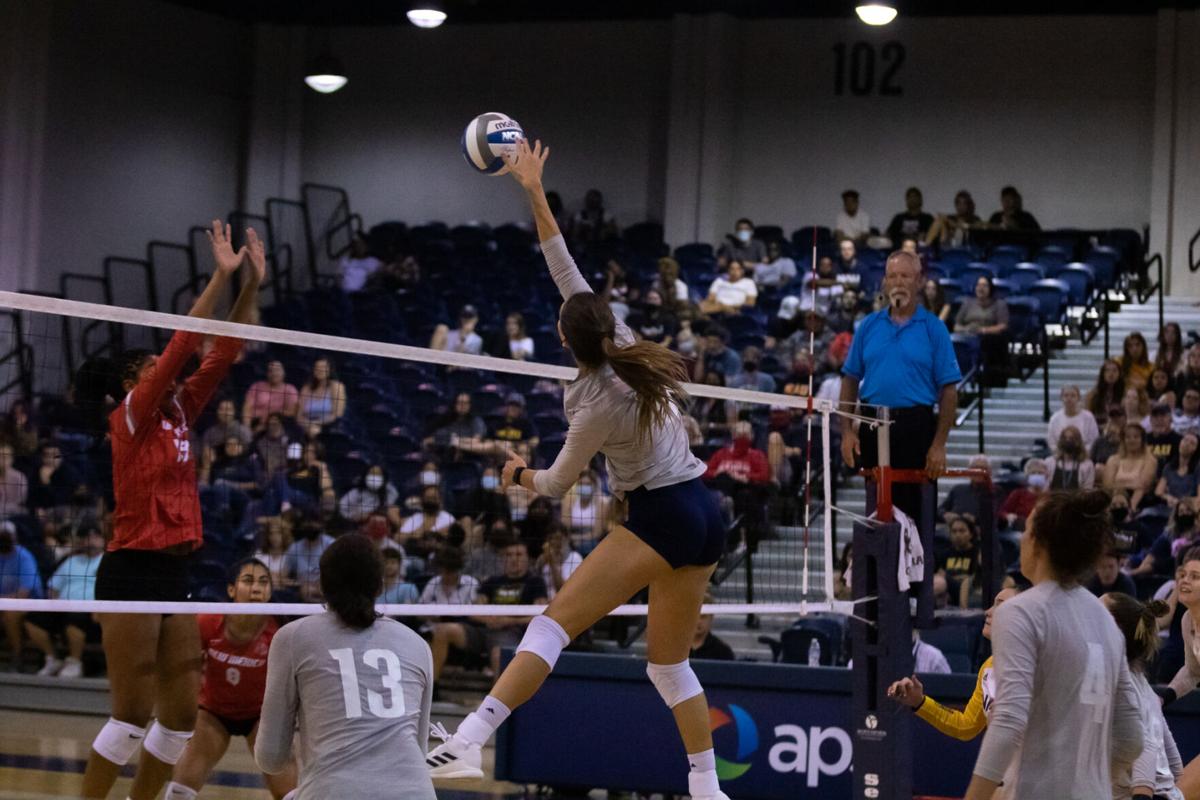 Sophomore Jordan Elder (3) going for the kill against University of New Mexico at the Rolle Activity Center, Sept. 16. 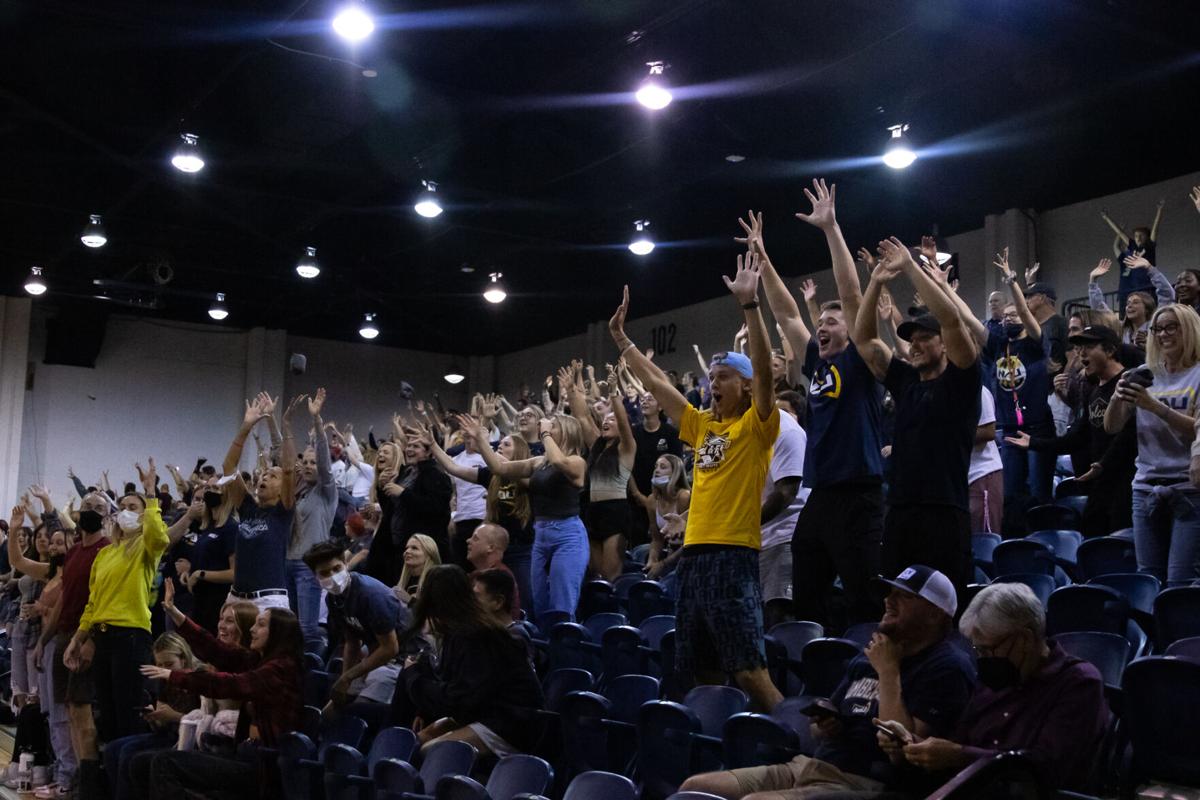 The crowd erupts against the Lobos, Sept. 16. 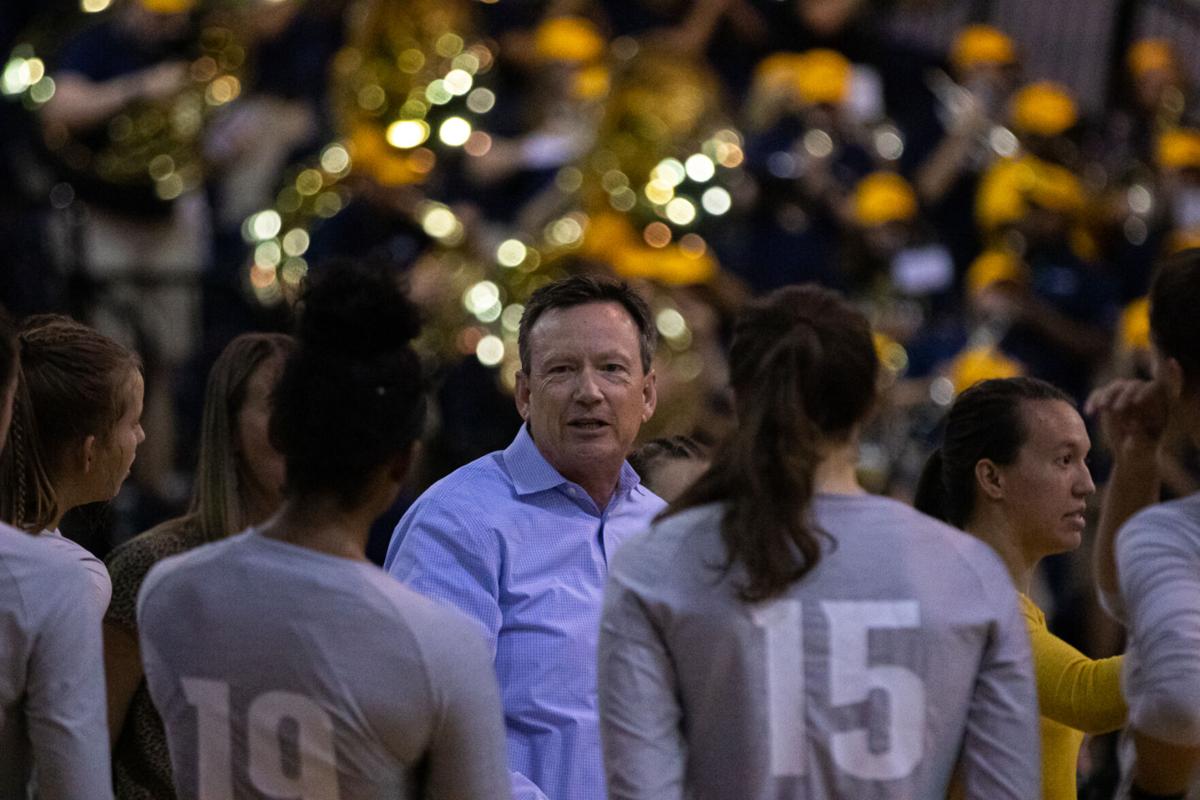 Head Coach Ken Murphy devising a plan among his team against the University of New Mexico, Sept. 16. 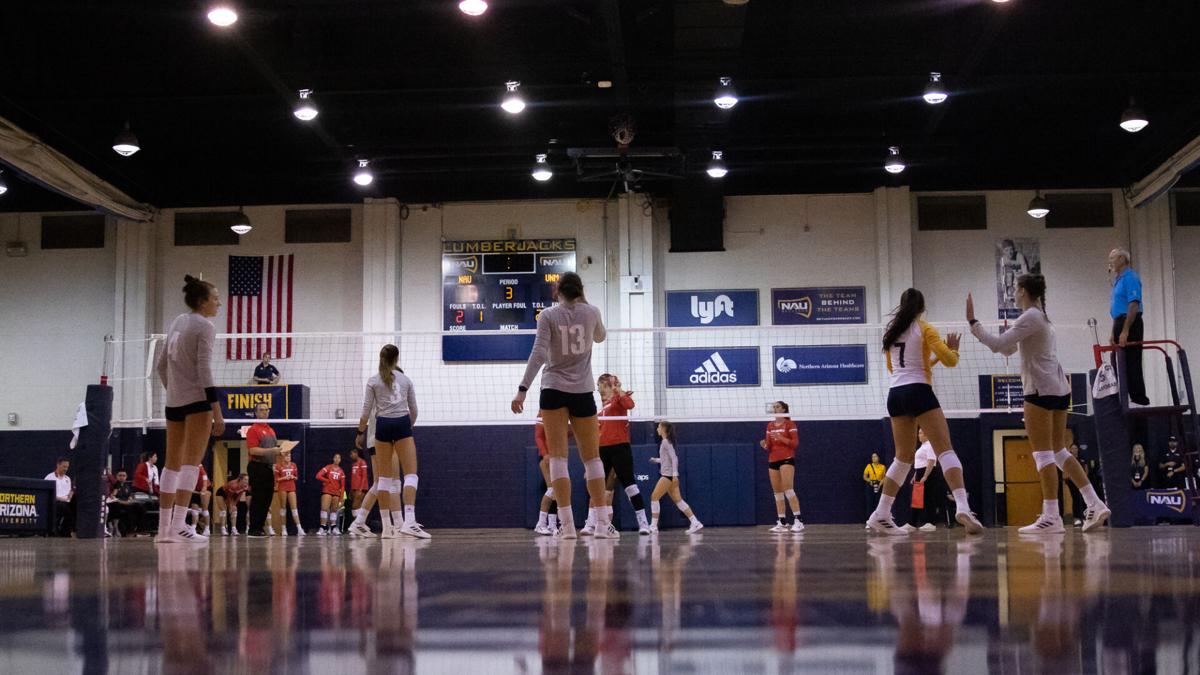 Sophomore Jordan Elder (3) going for the kill against University of New Mexico at the Rolle Activity Center, Sept. 16.

The crowd erupts against the Lobos, Sept. 16.

Head Coach Ken Murphy devising a plan among his team against the University of New Mexico, Sept. 16.

NAU volleyball hosted the first of two games against New Mexico on Thursday evening, looking to end nonconference matchups with some success against the Lobos. The Lumberjacks came into this game with a 1-6 record, and their first win of the season was against UC Davis in last week’s Lumberjack Classic opener. Sophomore outside hitter Lyla Hollis had quite the tournament with back-to-back games of 20 or more kills: One in the win against UC Davis and the other — a career-high 22 kills — in the loss against ASU.

To start, it was a close first set, but NAU went ahead 15-10. A five-point run forced New Mexico to call timeout, but the Lumberjacks continued to dominate on the net and eventually won 25-13. Junior outside hitter Taylor Jacobsen racked up 5 kills and, overall, the team had 17 kills on 25 attempts throughout the set.

New Mexico climbed back from an early deficit to tie the second set at 15-15, and competition was back and forth from then on. Leading the 'Jacks defensively was sophomore defensive specialist Millie O’Ketter, ending the second set with six digs. During set point, a crucial challenge by Head Coach Ken Murphy helped NAU win the second set 25-22.

For most of the third set, the Lobos held a comfortable lead, but a pair of blocks by sophomore middle blocker Jordan Elder cut New Mexico’s lead to 18-21. Key contributions on the Lobo offense came from Uxue Guereca, Kaitlynn Biassou and Kali Wolf. Despite the defensive effort, the Lumberjacks couldn’t hold on, and they ended up dropping the third set 19-25.

NAU jumped out to an early lead in the fourth set and put a stop to the Lobo offense. Consistent hitting from the Jacks, along with the blocking duo of Elder and senior opposite hitter Ryann Davis, proved to be too much for the Lobos in a 25-18 loss.

“We had a great week at practice,” O’Ketter said after the game. “We came into tonight ready to put our foot down, and that’s going to be our mindset going forward.”

Leading the game in kills for the Lumberjacks was Jacobsen with 16 and Hollis with 14. NAU hit for a combined .310, but the Lobos sat at .184. Coach Murphy attributed the victory to his team playing with more confidence now compared to the beginning of the season.

“We have a young, athletic team,” Murphy said. “We’ve worked on stuff during practice, and it all showed tonight.”

The second game of this series will be played in Albuquerque on Saturday at 1 p.m. and, on Sept. 23, NAU will start conference play against Idaho in Rolle Activity Center.