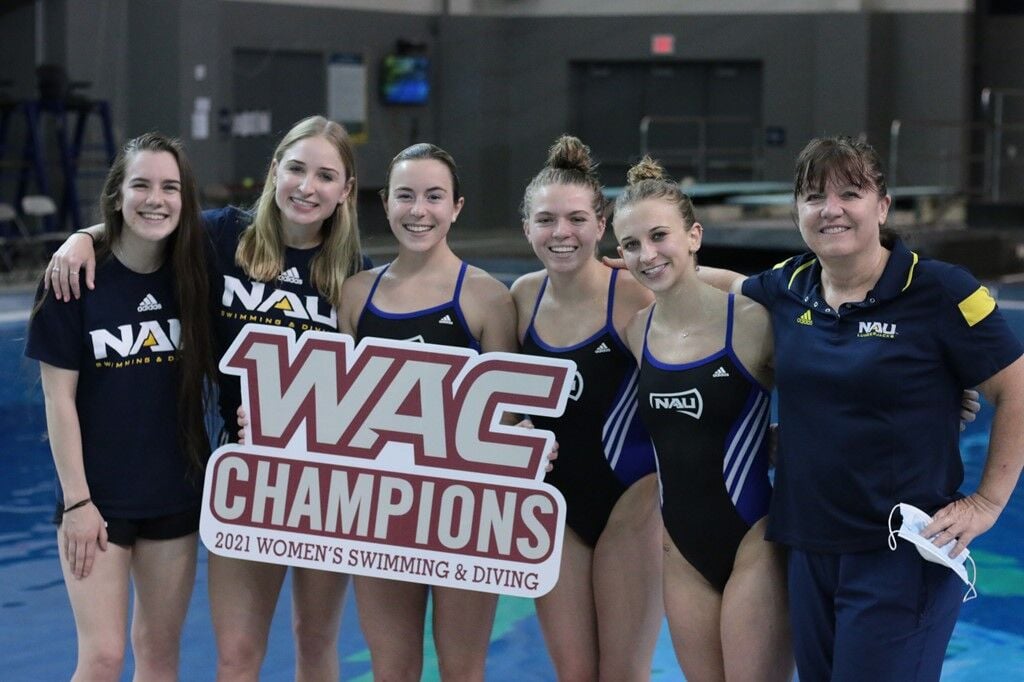 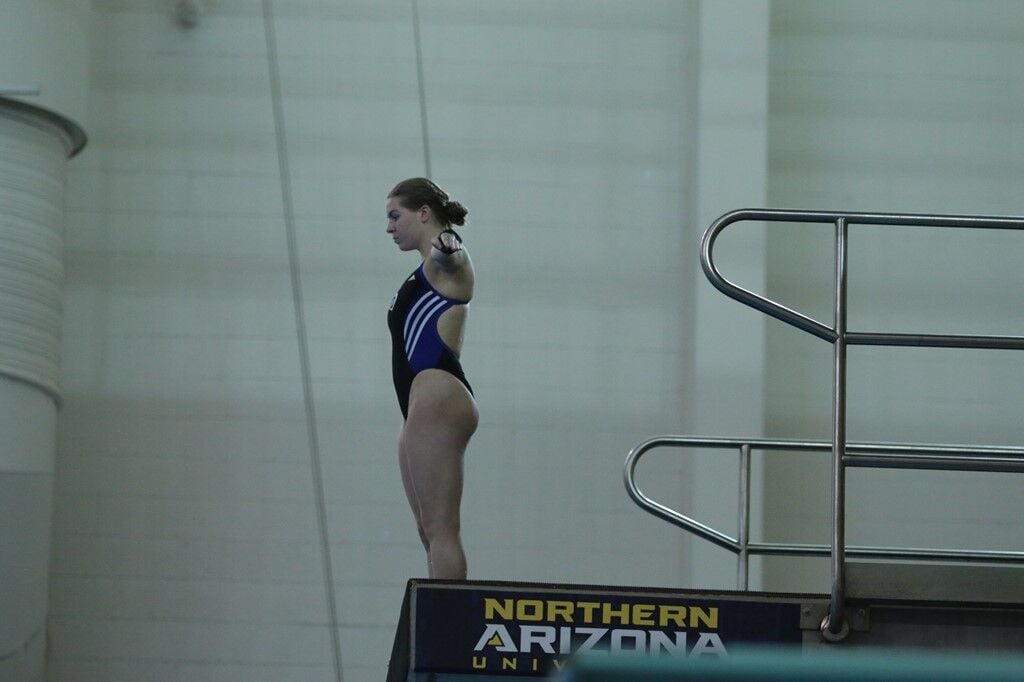 Right after NAU swimming and diving won its seventh conference title on Feb. 29, 2020, COVID-19 hit, which caused a shocking end to NAU’s 2020 season. Senior Jenny Cheetham placed first in the one-meter diving competition at the Western Athletic Conference (WAC) Swimming & Diving Championships, qualifying her for a spot at NCAA Zone Diving Championships. Just as the team was getting ready to travel, the NCAA canceled all future championships for the season.

The 2021 season took some time to build on, starting later in the year. The team participated in full-time training with a normal practice schedule. While training, the team had to get back into performing shape after the long layoff. A significant impact from the pandemic was the lack of competitions, which was partly due to budget cuts, travel restrictions and every school dealing with different health guidelines. Also, any time an athlete got sick they had to sit out, even if they tested negative for COVID-19.

“We’re trying to bring our team together, but also stay away from each other,” head diving coach Nikki Huffman said.

This was extremely difficult for the team because despite staying away from one another physically, they had to get connected as a team.

As far as what was achieved throughout practices, it’s hard to measure progress at the moment due to the unavailability of true statistics, when in comparison to other teams or previous years. There’s an absence of data to objectively analyze. Freshmen athletes hadn’t had many intersquad meets to measure where their skill was.

Everybody on the team pushed each other to be better. However, the lack of competition was starting to affect the team.

“We really need to race another team wearing a different suit and cap than we are,” head swim coach Andy Johns said about only being able to compete against each other.

In regard to what athletes had notable seasons, both Huffman and Johns are proud of how the whole team performed. In the freshman class, Victoria Knapp was a consistent diver who won the three-meter event in their intrasquad meet and was one to watch out for this season.

It was a tough year filled with numerous uncertainties, but all the athletes did about as good of a job as they could have with their attitudes and efforts.

Moments like a swimmer hitting the wall looking up at the scoreboard and smiling because they’re happy with their results, or a diver being so excited about landing a great performance by putting it all together at the end of the year, those are what the team misses most dearly.

He also explained why he’s fortunate to be a coach. Johns said it’s a special moment to see who athletes are as freshmen and who they are leaving as graduates. Being able to watch them grow up, graduate and witness their success not only in the pool but also outside of the pool as they move on to the next thing must be pretty rewarding to be a part of.

“We really get to see these young girls kind of find out who they are and become who they want to be, and I think with some of the things you put them through with sport and being a student-athlete helps them find that,” Johns said.

Huffman and Johns have been coaching with each other for 25 years. Together, they build champions. They’ve created a legacy for other universities to lead off and have set the foundation for swimming and diving at NAU. This is a legacy that will be defined by a dynasty that has been going on for eight years and is not going anywhere soon.

“We don’t take a lot of breaks even after the season, but with COVID we got shut down for quite some time during quarantine,” Huffman said. “Even though we could still come to the office we weren’t truly coaching. I really missed it, coaching the college team, coaching kids from camps. I was glad to know that I still felt that way.”