Skip to main content
You are the owner of this article.
Edit Article Add New Article
You have permission to edit this article.
Edit
Home
News
Opinion
Features
Culture
Sports
Multimedia
Gallery
PRINT EDITION
LJ in the UK
Search
1 of 2 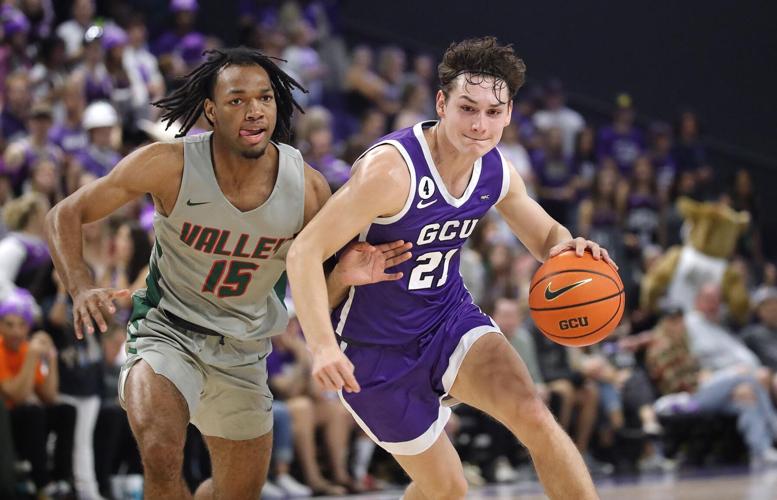 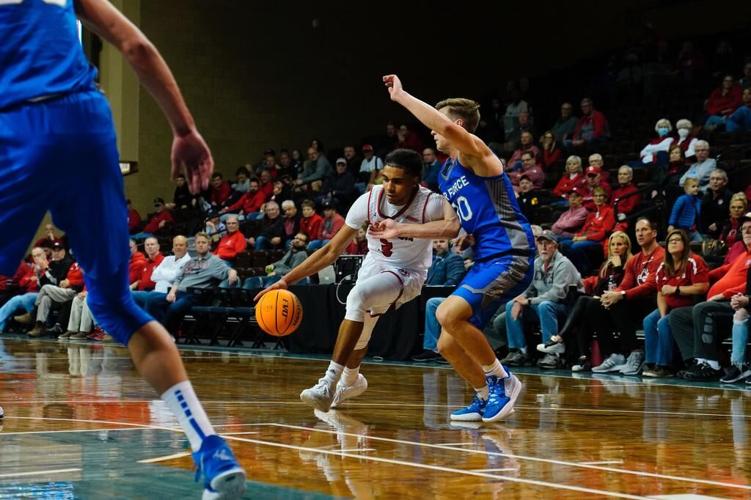 NAU men’s basketball has re-tooled and reloaded for the 2022-23 college basketball season that officially starts for the Lumberjacks on Nov. 7. After losing most players on the roster last year — largely through the transfer portal — NAU head coach Shane Burcar looked to rebuild a team with nowhere to go but up after finishing last in the Big Sky Conference last season.

The Lumberjacks ended with a 9-23 overall record and went 5-15 in conference play, good for last in the conference. NAU ended last season on an eight-game losing streak that culminated in a loss to the then-defending conference champions Eastern Washington in the first round of the Big Sky Tournament in Boise, Idaho back in March.

Going into this season, Burcar and the program used the transfer portal to their advantage and picked up players that already had a connection to NAU and the state of Arizona. The Lumberjacks recruited graduate guard Xavier Fuller out of the University of South Dakota and sophomore guard Liam Lloyd from GCU.

“They both came on official visits,” Burcar said. “The day they both got in the portal, we contacted them. I told both of them we’re recruiting both of them.”

Fuller and Lloyd came to NAU for specific reasons beyond looking to rekindle a fire that has been missing for NAU men’s basketball. Fuller is reuniting with Burcar, who was his coach at Mesa High School.

Fuller was the 6A East Valley Region Defensive Player of the Year his senior season in Mesa and made the All-Region first team.

“I wanted to come back home and be closer to home so my family can come see me play more,” Fuller said. “Ultimately — for my last year — that’s kind of what I was looking to do.”

Fuller cited several reasons for his departure from South Dakota in addition to being closer to home. These reasons included the firing of head coach Todd Lee after four seasons.

Lloyd was in a similar situation as Fuller, where coaching changes at their former schools led them to cross paths in Flagstaff. In Lloyd’s case, coming from GCU, he scored a total of 44 points in 172 minutes through 30 games across two seasons.

The year before he arrived in Phoenix, GCU fired head coach Dan Majerle after finishing 13-17 overall and 8-8 in the Western Athletic Conference in the 2019-20 season that was cut short due to COVID-19.

“My situation at Grand Canyon [University] was not as I hoped,” Lloyd said. “I committed to coach Majerle three years ago now. My senior year of high school I committed to coach Majerle, so I was expecting a different coach. Obviously, I love coach [Byrce] Drew and I love everything they’ve provided me over my two years here at Grand Canyon, but I just thought it was time for me to move on.”

Fuller said Burcar was the first coach to call him when he entered the transfer portal, saying the call was expected for both of them as Burcar wanted to continue coaching him at the college level. However, uncertainty surrounding Burcar’s future before being named an assistant coach at NAU in 2018 led Fuller to choose South Dakota.

The changes in his old program came at the perfect time to have one last dance with Burcar as a graduate student pursuing his master’s degree in human relations.

“The one thing I would say about Coach Burcar is that he’s a visionary,” Fuller said. “Once he believes in something, he’ll tell you to picture it. I feel like you can’t help but go along with it.”

Fuller’s connection to NAU goes beyond Burcar, as South Dakota and NAU played each other last season on Dec. 11, 2021, in Vermillion.

The Lumberjacks got a good look at Fuller’s talents, as he led the Coyotes to a 76-71 overtime win as he broke out for 20 points on eight made field goals, both season highs.

Burcar said he believes Fuller can step in and help the team as soon as he steps on the floor.

“I think right away he’s going to fix our two-point defensive field goal percentage and our offensive two-point field goal percentage,” Burcar said. “We absolutely need to get to the rim more. Defensively, on paper, every night he’s going to guard the best wing the other team has. I would say, right now, you put him on the floor, he’s our best perimeter defender right away.”

Both Fuller and Lloyd cited the recently opened Student-Athlete High Performance Center as a factor that pushed NAU to the top of their list of schools. Lloyd said it reminded him of his hometown of Spokane, Washington, where his father, current University of Arizona men’s basketball head coach Tommy Lloyd got his start as an assistant coach at Gonzaga under head coach Mark Few.

Having played in Arizona during his father’s tenure in Tucson, Lloyd said it was not a priority for him to stay in the state his dad works in. NAU just happened to make him feel most loved.

Unlike in Fuller’s case where he and Burcar knew each other, Lloyd had zero connection with the team before it reached out to him. The only thing connecting the two was Lloyd said he played an Amateur American Union game against current NAU junior guard Jalen Cone when they were younger.

“On my phone call with Coach Burcar, that was the first time I ever met him,” Lloyd said. “He introduced himself to me and we kind of hit it off from there.”

Being the son of a high-profile Division I head coach gives Lloyd valuable insight that other players don’t have, but in this instance, he was just happy to have him by his side during the transfer process.

“To be completely honest, in my decision process he’s just been supportive of me,” Lloyd said. “He trusts me to make the right decision. He’s just a dad, just a normal dad.”

While Fuller committed 48 hours after his official visit, Lloyd committed to NAU on the spot once he got to campus. Burcar also touched upon the dynamic of recruiting the son of a fellow college head coach as successful as Tommy Lloyd has been and how having him on campus was like.

“Him and [Tommy Lloyd’s] wife, Chanelle, came up as Mom and Dad, simple as that,” Burcar said. “I have four young kids too. I would just want to be treated like a dad and we made every effort to do that [for him].”

Burcar said his relationship with Tommy Lloyd was no different from any other coach. The two have coached against each other in the past when Lloyd was still at Gonzaga.

Both Fuller and Lloyd have been brought to NAU to help a growing team while being on different timetables. Fuller enters his final year of eligibility as a graduate student and Lloyd enters with three years of playing time left, giving him plenty of time to grow. The two will see their first official action of the season on Monday, Nov. 7 against Michigan State in East Lansing, Michigan at 5 p.m. MST.

NAU’s first home game of the season will be Tuesday, Nov. 15 against Benedictine Mesa in the Rolle Activity Center at 6 p.m. MST.