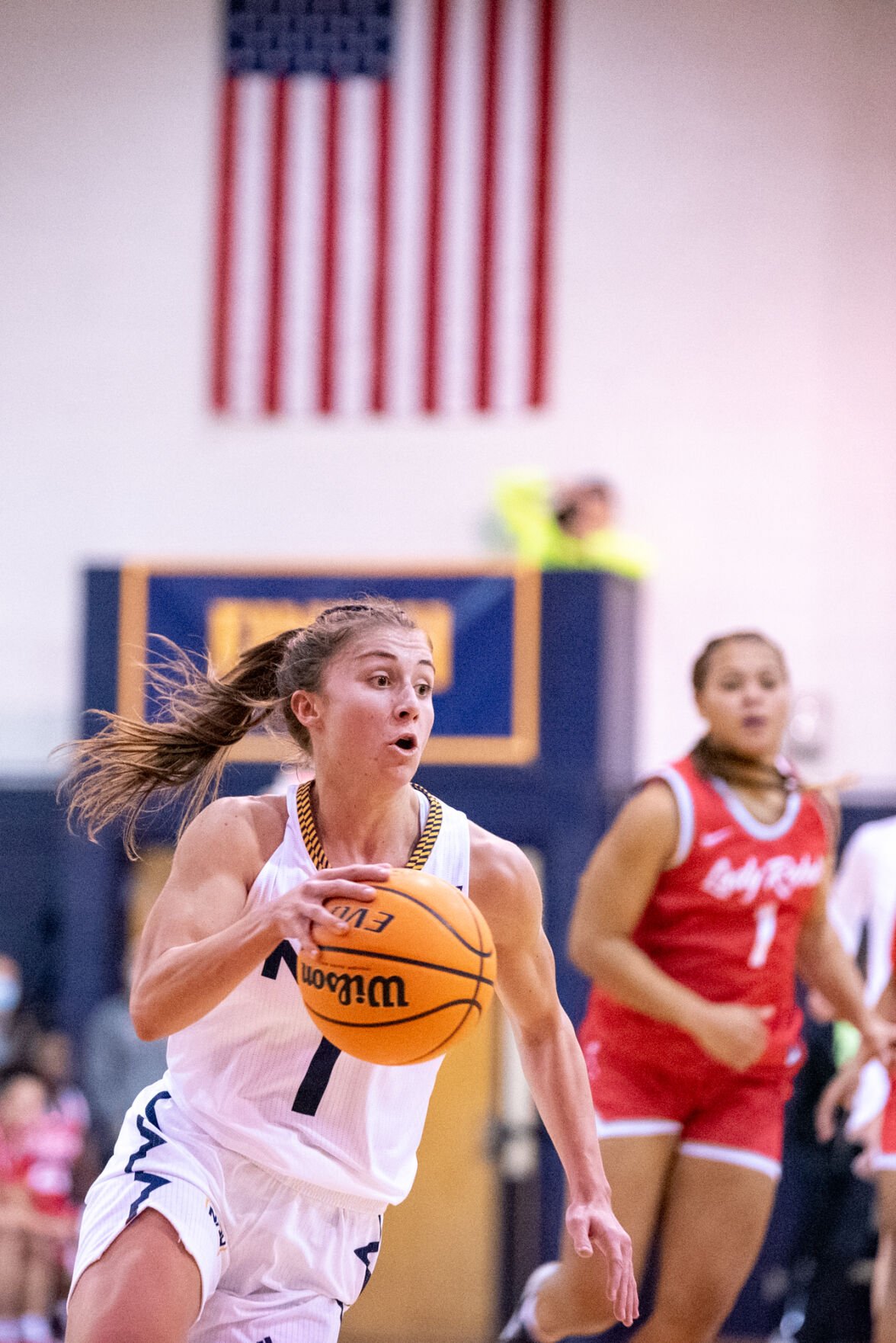 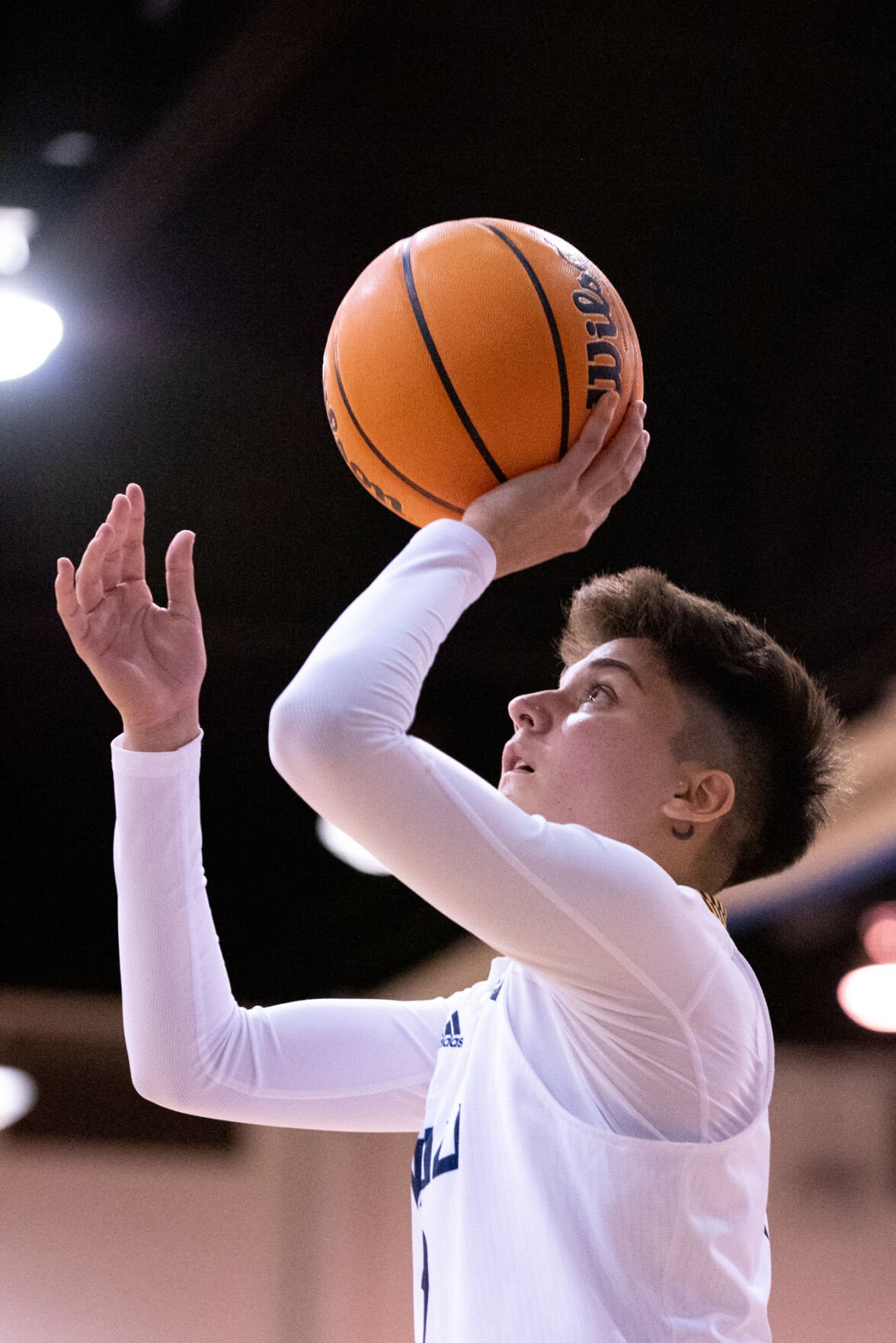 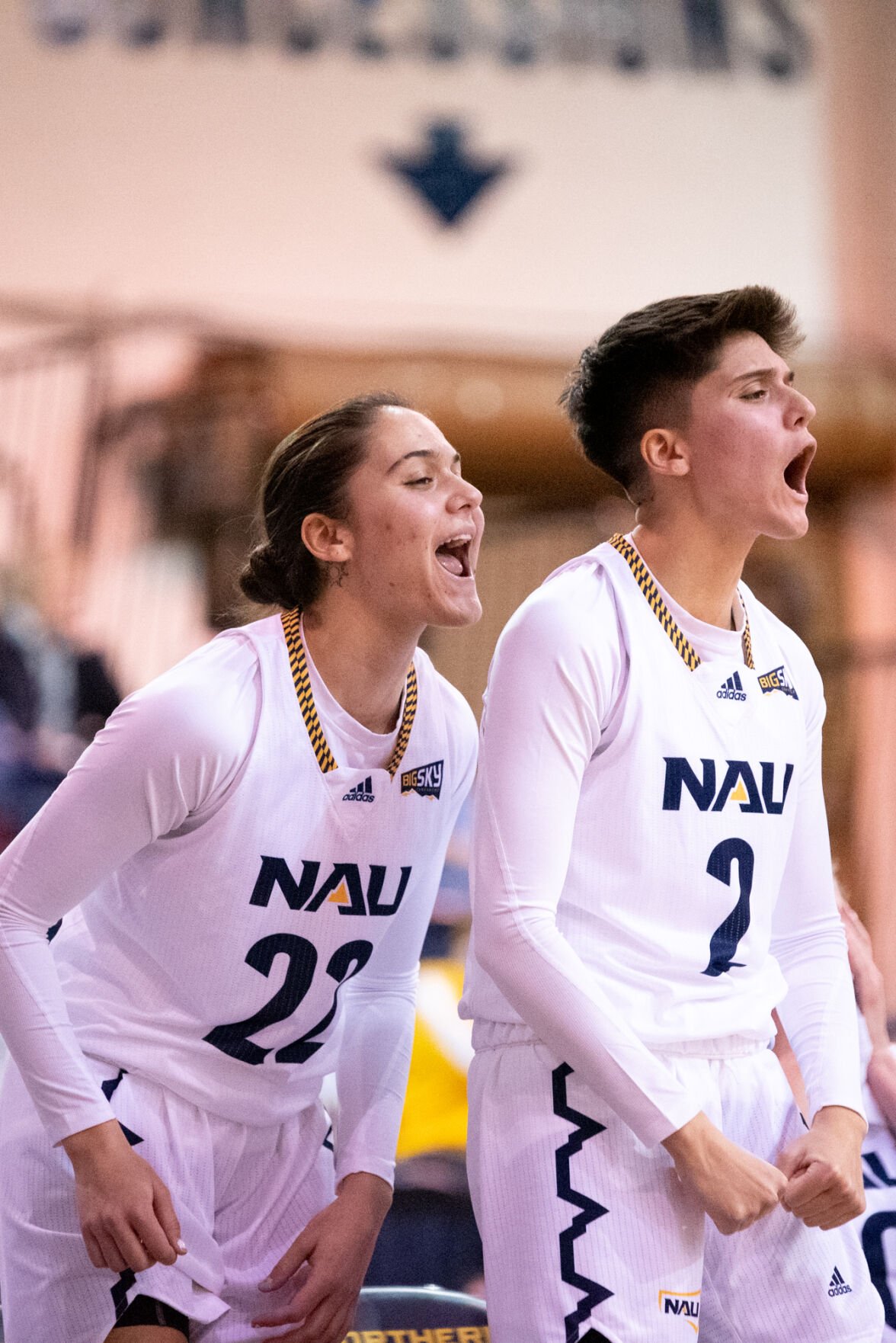 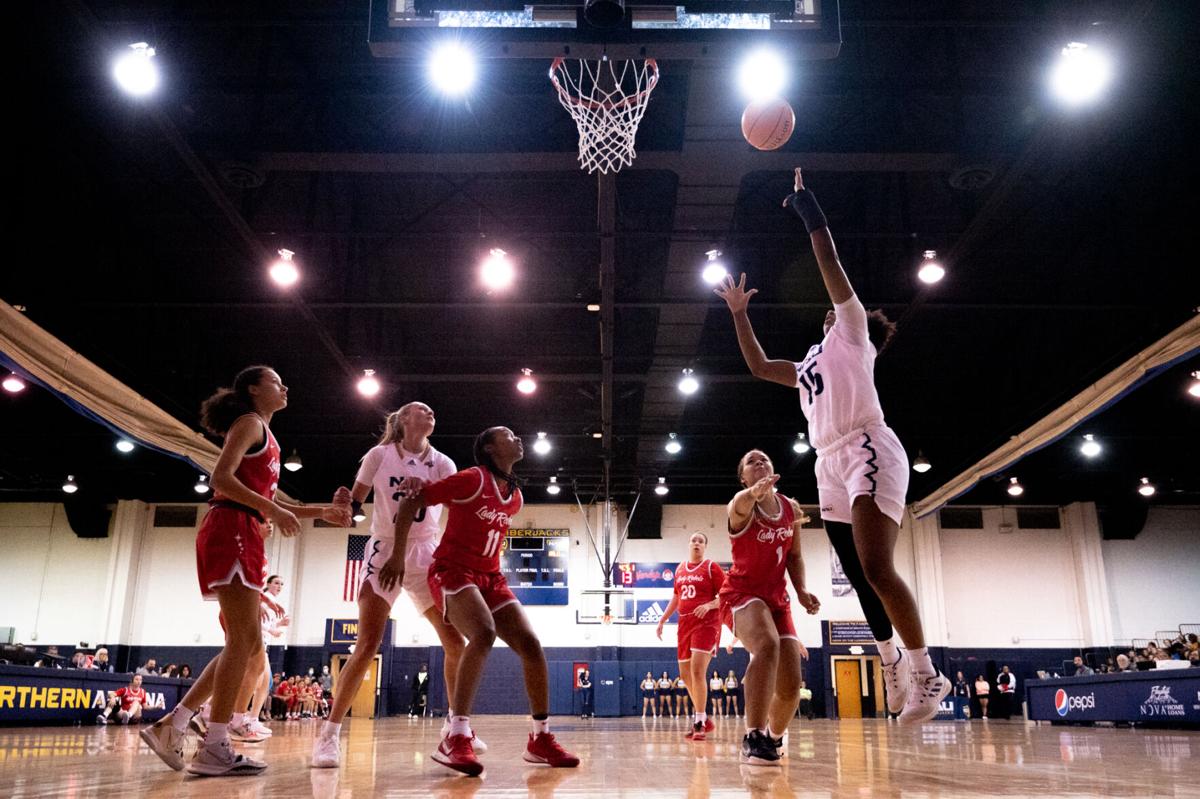 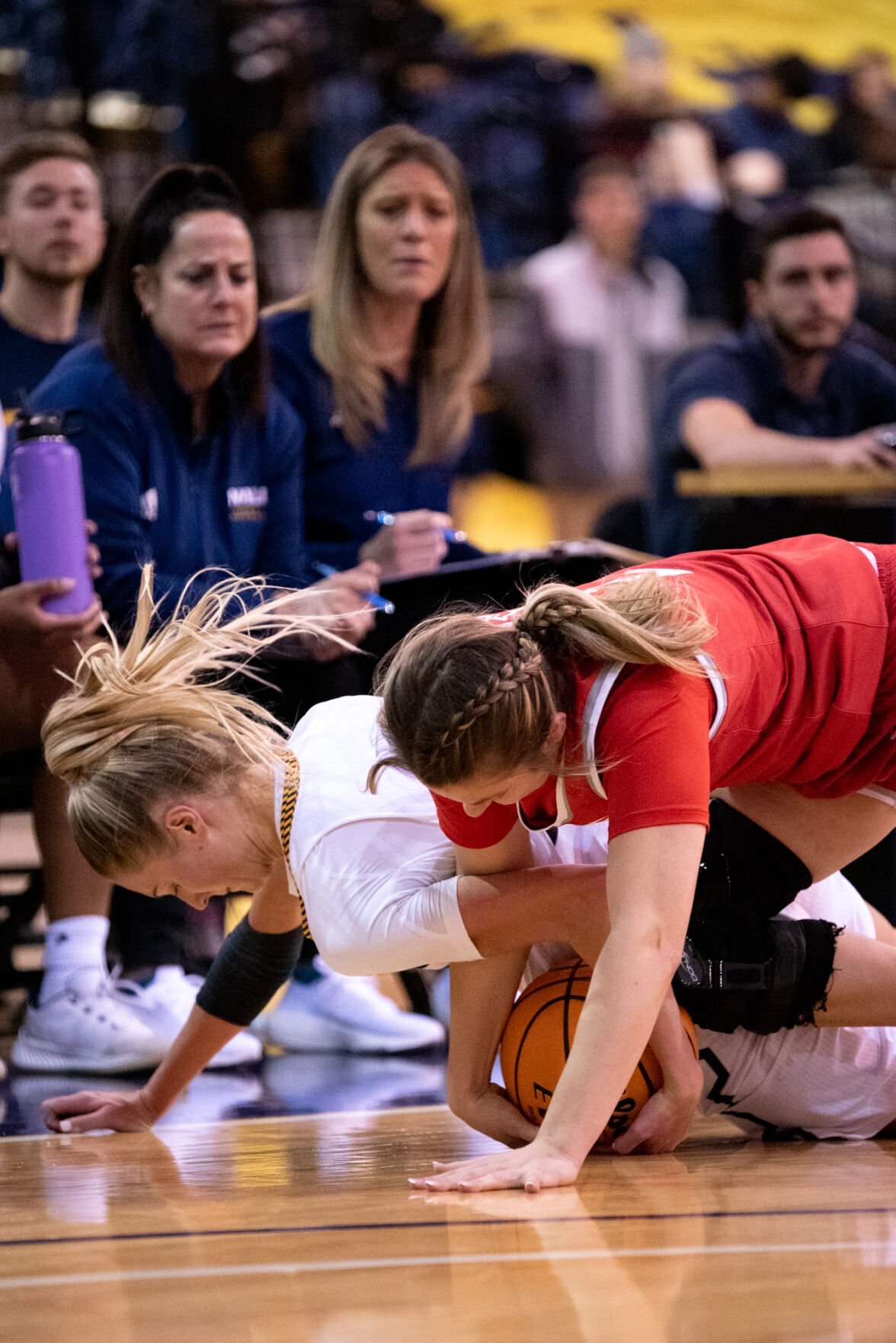 As far as first impressions go, the NAU men's and women's teams brought a blistering offense to their respective home openers.

The NAU women’s team gave the fans a home opener to remember, as they shot 58% from the field and 47% from 3-point range in an 84-62 blitzing of UNLV.

20 minutes in, the game was a battle of runs. The Lumberjacks opened with a 16-7 lead early in the first quarter and then added 13 more to end the quarter with 29 points on 13/20 shooting.

Instead of running in transition and generating points on fast breaks to make UNLV work at high altitude, the Lumberjacks succeeded in their half-court offense. Off-ball movement and screens allowed NAU to attack the rim and get clean looks at the basket.

Rasheed and senior guard Lauren Orndoff got the scoring started for the Lumberjacks. However, it was sophomore wing Emily Rodabaugh who stole the show at the end of the quarter as she hit three consecutive 3-pointers and even hit on her first heat check.

“Once I got hot, my teammates knew how to find me and we went from there,” Rodabaugh said.

She missed her next heat check to open the second quarter, but Rodabaugh’s confidence was visible.

After the first 10 minutes, NAU tapered off at the start of the second quarter.

The Lumberjacks missed their first six shots and failed to score a point for six minutes. Rasheed finally stabilized NAU’s offense with a mid-range jumper, but UNLV pulled to within one possession after trailing by 14.

Freshman guard Kiara Jackson and sophomore forward Nneka Obiazor carried the offensive load for the Rebels during the stretch. Obiazor gave the Lumberjacks fits in the post with her size as she hit a pair of layups and went to the free-throw line twice to go 3-of-4.

NAU countered the UNLV run by ending the first half on a 13-2 run led by Rasheed, who tallied six points during the stretch. UNLV failed to score in the last 5:28 of the half.

From the third quarter on, the Lumberjacks cruised and never took their foot off the gas. They increased their field goal percentage shooting 64% in the third quarter and 61% in the final frame to solidify the 22-point victory.

“We put in a lot of motion sets, so we’re pretty structured,” Rodabaugh said. “We also have the freedom to create out of it, which is a big reason as to why we shared the ball so well. Everyone knows what they are good at and we all have the freedom to play to our strengths.”

NAU tallied 24 assists — a massive improvement since the Washington trip which included two games against Washington State and the University of Washington when the team only managed 10 assists in each game. Junior guard Regan Schenck led the passing game for the Lumberjacks with 11 dimes.

“I think their zone really helped us,” Rasheed said. “Especially with me in the middle, I’m just really quick to move the ball out. When we get everybody involved, who are they going to guard?”

In total, eight Lumberjacks got on the board to sum up the quality night of sharing the rock for the team.

The only stat NAU slipped in was offensive rebounds. The Lumberjacks outrebounded UNLV in total, 39-36, but were outrebounded 14-4 on the offensive boards.

“I had a tough task,” Rasheed said. “I feel like they are more athletic than me and they go really hard.”

NAU’s defense held firm as well, as the team only allowed UNLV to shoot 34% from the field.

One of the emphases head coach Loree Payne said she wanted to make entering the 2021-22 season was more effort on the defense. The Lumberjacks appear to be making those strides early this year.

“I feel like we’ve completely made a 180 degree with our effort, intensity and the overall defensive system,” Payne said.