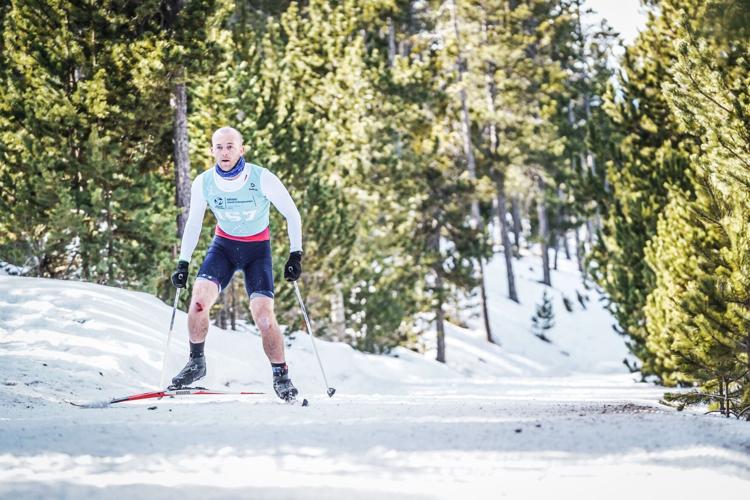 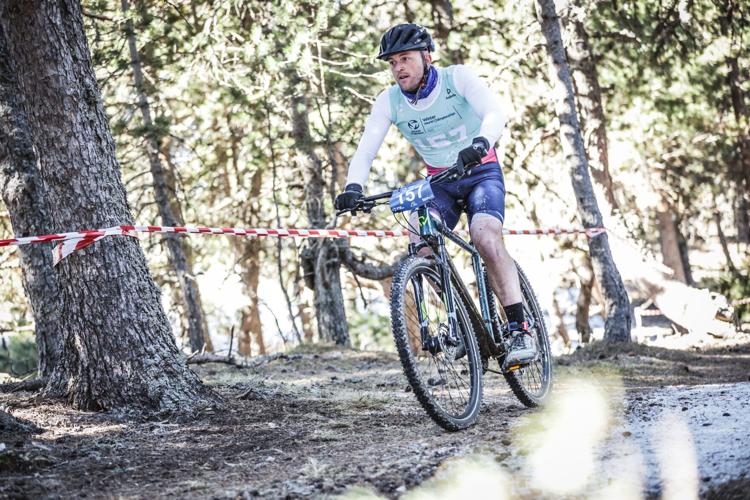 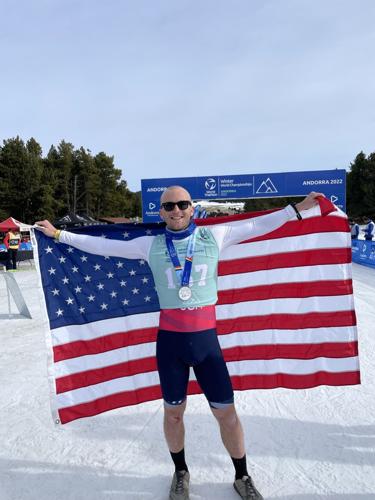 William Head, an MS3 Cadet Staff Sergeant, has made a name for himself beyond the NAU Army Reserve Officer Training Corps. Cadet Head placed third in the World Triathlon Winter Championship in Spain.

Head is a graduate student studying environmental science at NAU who left Florida and Texas after working as a civil engineer to enlist in the army.

After infantry and airborne training, Head qualified to be stationed in Anchorage, Alaska. While there, Head got involved with training for the triathlon which consists of running, mountain biking and cross-country skiing to get more acclimated with winter sports. Since he had experience with biking and running, Head’s main priority was to train for skiing.

With only a few months of training, Head headed into the triathlon in January 2021, placing first in his age group. After placing first, Head got an email that stated he had qualified for Team USA to compete in the International Triathlon.

While the World Championship was not until February 2022, Head took time to settle in at his new home.

“I moved to Flagstaff and started working on my graduate degree while also training with ROTC,” Head said. “I knew this event was coming up, so I hit the same training cycle.”

Head is dedicated beyond training; he said he is also passionate about academics and ROTC. With ROTC, Head is constantly training and pushing toward the future. Not only does he excel in athletic ability, he also does well in the classroom.

Senior Military Instructor Nathan Hoepner, Head’s instructor who oversees the third-year cadets, has seen the skill and drive in his triathlon-winning member.

“He is highly motivated and highly skilled,” Hopener said. “He has good practical experience from his time in the infantry in Alaska. He has a sense of humor that sometimes gets away from him. But he is a good student and one of my best cadets.”

Being in ROTC doesn’t mean the same at the university level as it does in high school. Some students decide to take ROTC as an elective to see if it is something they want to pursue. However, in college, this means members are focusing on enlisting to serve the country.

NAU ROTC members can take one or two classes before getting more involved in signing up to work in the military after completing college.

Head’s journey to the championships was not like many others. The other competitors had been training and had double the experience that Head had. He described it as shocking, as he had cross-country skied less than them.

The process began in February 2022, when Head traveled to Andorra in the Pyrenees Mountains to compete. The winter triathlon is all legs rather than a full-body physical test. Added to that physical toll, Andorra was having what is known as a snow shortage — competitors skied on imported snow. Head went into the championship thinking it would be similar to the snow in Alaska but it ended up being the most technical course, and full of ice.

“It went from me being, ‘Oh wow, I’m just going to have fun with no concern,’ to full worry mounting by the hour,” Head said. “Luckily there were no toxic competitors and we were sharing tactics to stay on the ice and control so you don’t slide off the mountain.”

Competing in biking, cross country skiing and running was an adventure and opportunity that he is grateful for.

While this has been a great opportunity for Head, it does come with some struggles that are beyond physical exhaustion. The mental tolls of competing can bring athletes doubt and fear, but maintaining a positive mindset can help them persevere.

“The biggest mental toll is doubting yourself and thinking you don’t believe with these higher athletes,” Head said. “I still think that to this day which makes me laugh.”

He said he was in shock and awe to even have placed after falling while skiing and cutting up his leg. Having faced tough competition and being new to the triathlon world, Head said he got to experience a new environment. It was full of fun, new experiences, exploring other cities and more.

However, the most rewarding part was relishing the moment after finding out he placed third.

“I’m laughing, I’m just laughing at myself,” Head said. “Because the two guys who beat me were extremely, extremely talented athletes. They train at this continuously, and have been cross country skiing their entire life, and here’s me who’s literally been cross country skiing less than 10 times. So I’m just laughing at myself, but also thinking this is just a wonderful experience. I feel like I am going to be the most improved player.”

The experience as a whole encouraged Head to continue to focus on training for the next competition while also continuing his studies.

Lieutenant Colonel James Battle, a professor of military science, has observed Head’s accomplishments and the recognition he has brought to the program.

“It does help to highlight the talent and fortitude of future leaders we like to bring into our program,” Battle said.

Head is looking forward to next February, as he qualified again for the next Winter Triathlon World Championships. With a more refined training regime, Head is looking to improve on his third-place finish.